Then I heard something kinda remarkable. The amp I'm using, ZT Lunchbox Acoustic, has a 3 position switch that's supposed to help with feedback. Not only that it never helped with feedback, I never heard any audible change in sound regardless of the position; off, 1, 2, or 3, after using a (smallish) variety of microphones and pickups. With Jokko's pickup there was a clear audible difference in all positions, from off to 1-3. You could hear that the mids were being shaped differently. That told me immediately how accurate and responsive this mic is, amazing. That and also it was nice to finally hear that people from ZT really did put a function into this feedback suppression circuitry.

Next thing I noticed is that, at least when mounted internally, there isn't a whole lot of handling noise from the body of the guitar, especially the top.

I placed the mic where Jokko recommends, between braces 2 and 3, right in the middle, on the top of the center wood strip. Then the second remarkable thing happened. I turned up the amp to a 100% both gain and volume. No feedback!?! In a small room with the amp turned towards me a few feet away. Are you kiddin' me?! OK I could tell that even though it was plenty, plenty loud that the amp also had plenty more headroom. And it sounded great immediately. Usually I could hear a good amount of a midrange honk on some notes with other mics I used, especially around the B note. Then I'd use a preamp to EQ-it out. Much less here.

I plugged it into the preamp, Headway EDB-1 and with that much more gain I could get it to feedback but it was easy to notch it out with the filter on the preamp. In general this room being small is way more feedback problematic then a real world performance space so I see zero feedback problems during shows.

With this mic I don't hear the harsh attack and this kinda contained boxiness that was usually the thing that would turn me off when listening to the demos of other similar systems.
Well, Ischell sounds great and I haven't tried it myself but hearing for example the sound of Stephane Wrembel's guitar on videos, which is pretty awesome, and having heard Jokko mic on my guitar I have a zero feeling that I'm missing out on something.

The sound is direct, nothing is masked, it's very accurate and revealing, very balanced between highs, mids and lows. No boominess of any sort on lows and like a mentioned way less of a midrange honk when plugged in directly.
It's hard to say for me "I'm hearing my guitar" through the amp like I hear people sometimes say because I am hearing my guitar directly and it's hard to separate the two but they are pretty well matched. Or said another way, the sound from the amp doesn't stick out in any way like for example when using Krivo mag pickup. The only thing I find I need to do with it is add a little reverb. Which I've never felt I needed to do with what I used previously, the Myers mic. The Jokko mic isn't harsh by any means but let's say it's "harder" versus "softer" sounding Myers condenser mic. Ok I'll take that one flaw and everything else where Jokko's mic positively kicks butt.

I'll see if I think of something else to add but this looks plenty.

That black smudge towards the top is the mic: 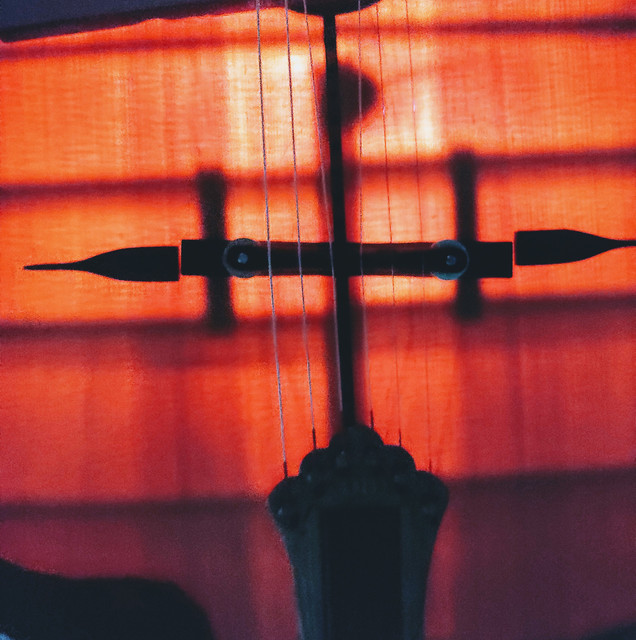