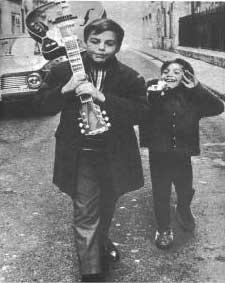 Boulou Ferre is simultaneously the most authentic and eclectic guitarist playing within the Gypsy jazz genre today. Authentic because he grew up within the epicenter of the tradition: He’s half Gypsy, his father was Matelo Ferret, he was born and raised in Paris, and he was schooled in the traditional Gypsy guitar technique and music from an early age. Eclectic because he mastered bebop before his teens, studied classical guitar at a conservatory, and has come to embrace musical influences as diverse as Lenny Tristano, Bach, and Arnold Schoenberg. Boulou has it all. Deep, deep roots in a traditional from of music as well as full understanding of the most complex forms of art music. 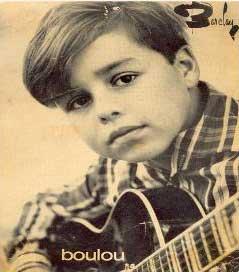 For those interested in studying Boulou’s style, see my Unaccompanied Django Book. Gypsy Etude #2 is a transcription of Boulou’s Baroque style exploration of Django’s Improvisation #3 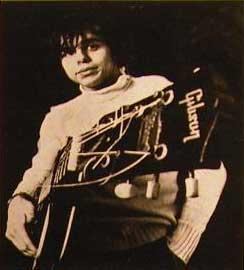 Those of us lucky to see Boulou’s performances at the Djangofest NW witnessed just how powerful this man’s music is. These performances surely have earned him new found respect among guitarists in North America. For those of you looking for more of Boulou’s music you’ll find that there are about half a dozen commercial recordings available from the late 1970s on. My personal favorites are: Gypsy Dreams and Pour Django. However, Boulou’s recording career began much earlier when he was a child. The following recording was made sometime in the 1960s when Boulou was a child. Notice his impressive command of bebop vocabulary, his ability to sing everything he plays, and complete lack of Django influences. 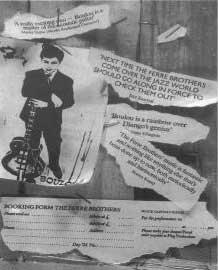 Even though he has made his living playing primarily rock, country, and pop music John’s love for jazz and swing music dates back to his youth when his father, James, was conducting Benny Goodman. John, who idolized Goodman, actually got to play with his hero while his father led the way. As accomplished on clarinet as he is on guitar, Jorgenson’s first swing recording “After You’ve Gone” was a tribute to both his heroes, Django Reinhardt and Benny Goodman. Released in 1985, John played Django style Gypsy jazz on the first side of the LP and recreated the sound of the Benny Goodman Quintet, playing both Charlie Christian’s electric guitar parts and Goodman’s swinging clarinet style, on the other.

In the world of Gypsy jazz music, John Jorgenson has long been know as one of the best American masters of the Django Reinhardt guitar style. In 2002, when the musical director for John Duigan’s film “Head In The Clouds” was looking for someone who could faithfully re-record two tracks from the Quintet of the Hot Club of France for use in the film “Guitar Player Magazine” editor Micheal Molenda recommended Jorgenson. John not only transcribed and recorded the Hot Club’s “Blue Drag” and “Minor Swing” for use in the film, he also played the role of Django Reinhardt in the movie. The film, which stars Charlize Theron and Penelope Cruz, is scheduled for release by Sony Classic Pictures in September 2004.

Although the two songs from the movie soundtrack are included on Jorgenson’s new CD, the disc primarily features his original music. Jorgenson says, “My goal in making this CD was not only to be as true to the style as an American can be, but also to expand the style by adding new compositions and including orchestral arrangements which are the result of an on-going creative collaboration with the Nashville Chamber Orchestra. My background in classical music and my experience playing rock and pop music can’t help but color my compositions and lend an accessibility that can be rare in jazz.” 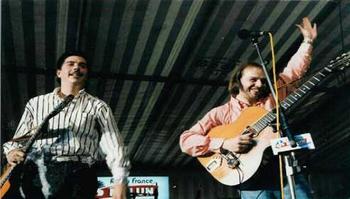 Boulou and Elios Ferre carry on the traditions of the great Ferret musical dynasty (later changed to Ferre). Their father was Matelo Ferret, who was one of Django’s rhythm guitarists. Matelo later forged a career of his own and is most remembered for his recording Tziganskia. Additionally, Matelo’s brothers Sarane and Baro were also to be found accompanying Django or leading their own ensembles. As Boulou once said, “Django was the pope and the Ferret’s were the bishops.”

Both Boulou and Elios showed immense talent at an early age. On bootleg recordings of Boulou made when he was around 12, one can hear him playing (and singing in unison) wonderful improvisations which include vocabulary from both Django and Charlie Parker. Boulou and Elios developed their musical skills in tandem, and eventually evolved into one of the most expressive and technically impressive guitar duets. They often perform without a bass, and cover musical ground ranging from Musette waltzes, Django compositions, bebop, avant-garde classical, Romanian folk music, and much more. 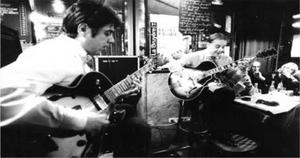 For those of you looking for more of Boulou’s music you’ll find that there are about half a dozen commercial recordings available from the late 1970s on. My personal favorites are: Gypsy Dreams and Pour Django.

This audio clip was recorded at a wedding in 1974. They are playing the famous waltz Montagne Sainte-Genevieve (usually attributed to Django.) It then segue ways into an Eastern European folk tune. The fast tempo, hard attack, and complex arrangement are characteristic of the Ferre sound. Enjoy! -Michael 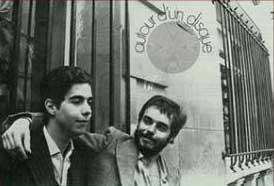 From the collections of Ted Gottsegen and Scot Wise. 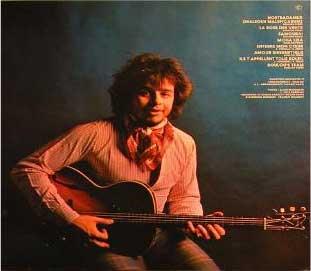 The first release by the Gypsy guitar virtuoso Paulus Schafer. Hear this young Gypsy talent burn through a mix of Gypsy and contemporary standards.

Paulus is one of the top young Gypsy talents in The Netherlands. He grew up in the same camp as Stochelo Rosenberg, Jimmy Rosenberg, and the legendary Waso Grunholz. This CD displays his incredible virtuosity. Although Paulus’ style is firmly rooted in the Gypsy tradition, he is definitely one of the most modern Gypsy sounding players in Holland. His harmonic choices often go far beyond that of the traditional Gypsy sound.

Here is a sound clip of Paulus ripping through the Gypsy classic Joseph Joseph.

Most people know Django’s bother, Joseph, as his loyal accompanist who played with him on hundreds of recordings. Django was apparently rather condescending to his sibling, often forcing him to carry his guitar case for him.


However, few people know that Joseph was also a very capable soloist. Of course, his talent was always overshadowed by Django, who never let him solo. But when Django didn’t show up for a gig, which he often did, it was Joseph’s job to fill in. After Django passed away in 1953 Joseph made a number of recordings as a soloist. The following version of Djangology is from a very rare recording from the 1950s. On many of Joseph’s recordings he would compose an entirely different melody for the “out head.” This is the case with this recording of Djangology. Also listen to the coordination between the guitar/violin unisons on the in and out heads. These tight arrangements were also characteristic of Joseph’s music. Enjoy! -Michael