SanderV Rotterdam, HollandNew
February 2019 edited February 2019 in History Posts: 1
I found an article about Jimmy Rosenberg in a local Dutch newspaper. I translated it because it sheds some light on Jimmy’s situation. Let me know when you have trouble understanding the translation.


Jimmy Rosenberg on stage and then to the rehab clinic: It is my last chance

Guitar virtuoso Jimmy Rosenberg (Asten, 1980) was a world star but became addicted and entangled in his own life. He has hardly been seen in public in the last ten years. Soon he will be a grandfather for the second time. Because he can only see his grandchildren when he is clean, he retreats to a closed clinic. But he also wants to shine on the guitar one more time. "Why do they only care about you when you're famous?"

If you do not know Jimmy Rosenberg's story yet, you should check out the famous documentary 'The father, the son & the talent' from Eindhoven-based Jeroen Berkvens from 2006: a gypsy jazz guitarist from De Peel (area in the Netherlands where Jimmy is from) causes furor from a young age. The world's best jazz guitarist gets an American contract and plays on the highest world stage. But 'the new Django Reinhardt' quickly gets into trouble.

Where is Jimmy? How is he doing? It has been buzzing with rumors for a long time. After 2007 he hardly performed, hardly showed up. He lived in Neerkant, among his brothers, in Eindhoven and Gemert, but stayed mainly in clinics and crisis shelter locations, lately in Helmond. To finally get rid of his addictions - currently methadone and medicines - he wants to get himself locked up this week in a closed rehab clinic.

But before that, he wanted to be on the podium one more time. That was last Sunday (December 2nd, 2018) in pop stage Volt in Sittard. ,,I hope they have arranged it well backstage," says 38-year-old Jimmy, on his way to the changing room. "Dear darling," warns his 'manager' Maria van de Water, "Do not expect too much of it, it is not like before." On the way to the wings Jimmy sees a crate of Chocomel (a Dutch brand of chocolate milk served in bottles), which he wants to take with him. "Darling", Maria says again, "we do not do that anymore."

He used to get milk on stage as a child, Jimmy says, when he plops down on the couch in the changing room. "That was the white motor" (a slogan from a 1980’s Dutch commercial). But now I have a new addiction, chocolate milk! Put that on top of your story”. Jimmy Rosenberg has not lost his sense of humor. He did lose a lot of other things though. Without being asked a question, he summarizes some highlights from his former career: "I had a US contract with Sony. 168 pages! I got 40,000 for half an hour! Cash, because I did not even have a bank account. Carlos Santana, Marvin Gaye, Eric Clapton, Paco de Lucía, Tomatito: they were all fans. Michael Jackson called me the rising morning star. Paparazzi were after me." He has many stories to tell: for example about the time he was with B.B. King on podium: "I said to him: why do you play only those few minor chords. Play jazz, that's a lot nicer." Or when he bought a brand new car worth hundreds of thousands back in Brabant "I did not even have a driver's license, and it didn’t take long before I crashed it." "It was a bottomless pit," says Jimmy, "everything I earned I spend immediately." He has been living in a well for years now, he says, a very deep black one.


Where did it go wrong? "Drugs, yes man. I was stuffed with nerve tablets from a very early age. I did not want to play anymore, then my father broke my guitar. I became an entirely different man, lonely, excluded."
His Sinti family grew up in Southeast Brabant. But he has never really lived anywhere, he says. "I lived on the plane, I grew up in hotels. You know, I did not have a nice childhood, I have never been a child. Once I was home with my father, I had a stone in my stomach. I still have to get all kinds of things from him."

A good childhood. That is what he would have wanted to give his own children. He tried, but he didn't succeed. Heroin, speed, cocaine, xtc; he once put all of it on his daughter's table. "I grabbed the hair trimmer and said: if you ever use this, your hair will come off."
Last year, fate struck and his son died. He was only sixteen years old. "Never touched a cigarette or a joint. He suddenly got a blister on his leg and died. Man, such a beautiful boy, the girls were crazy about him. I could not stand with him then. Not even at the funeral." His gravestone (in the Molenstraat cemetery in Helmond - red) does not have the name Rosenberg, but rather that of his stepfather's. "That hurts horribly, you know."

Jimmy then went deeper into the hole. "You wretched man” constantly shouted a voice in my ear. I tried to hang myself, I did not hesitate. But when I kicked the stool, I panicked. My youngest brother saved me then. The death of my boy absorbed my whole life. I was so angry with God. Why him, and not me? I have had 32 overdoses. Should have been dead long ago."

"No, it really does not work out very well," he sighs. But now it has been enough. That's why he lets himself be locked up. As soon as a spot is available, he is gone. The main reason: as long as he is not clean, he is not allowed to see his two grandchildren, the children of his 25 (!) Year old daughter, living in Cranendonck. And soon he will be a grandfather for the second time. "This is worth everything to me. And I don't want scenes. It is my last chance. "

He not only doesn't get to see his own grandchildren (two boys), also his so-called 'friends' from before. Even his own family doesn’t look him up anymore. "A plastic smile, that's what you can get. Nobody wants to have anything to do with you. As if I have a contagious disease. Why do people only look at you when you're famous? "

Yet there are still people who care about Jimmy. Like the folk singer Stanley Hazes, who could not be here today, but who presented himself as a personal companion and visits him almost daily in the shelter: "Very intensive."
Maria van de Water and her husband Ad from The Helmond artist agency Hollandia Media Groep. Van de Water: "Jimmy wants it very much. And if he is clean, we really want to continue with him. We also hope for a production: Jimmy on the guitar, and Stanley singing. But of course, it will never be like it was. He only wants to play just for the pleasure of it anyway. "

Jimmy confirms this: "Money doesn't matter to me anymore, yes, you need it for food and drink, nothing more." What are his days like? "I study a lot, and if I play now, it will go on for three nights and three days. Improvising. My guitar is still my wife. I have studied a lot to get this far. I wanted to be as good as Biréli Lagrène and my cousin Stochelo. That did happen."

When he is back, he wants to teach children and perform again. "Then I write history. All the big ones die from an overdose. Not me. Then I become the king of jazz again. Then you are going to do promotion for me, that I come to TMF (music television station in The Netherlands) and Boulevard (a tv-show), or whatever it is called. But it will certainly not go without a struggle," he acknowledges.
"I have a lot of support from my faith, I am an evangelist. Do not let me become Job, I always thought. I also came up above everyone else, you know, talked to kings and presidents, but also lost everything. "

Although he does not even have his own guitar anymore, there is always the music. A twinkle appears in his eyes. "Music still fills me with joy. I am no longer in shape, I have unbearable back pain, my heart is not working properly. But when I play, I have no problems at all. And that all those people are still coming for you and applauding, like today, that is still the greatest miracle. "
In the Volt concert hall in Sittard, the excitement is now increasing among the crowds. Could the guitar hero of yesteryear still be able to do it? Would he come anyway? Jimmy came, and he still could. The musical fire in him is still burning. Lightning fast virtuoso runs bring the hall in an hour of rapture. Although the guitarist seems to be absorbed in his own world, somewhere far away in the crevices of his mind. But occasionally he wakes up from his intoxication for a moment, and with eyes he looks in the hall, beaming. At the front are people with tears in their eyes. It is so beautiful, so special. "How is it possible?", A visitor sighs afterward. "Such an incredible talent, so many years thrown away. Such a shame." 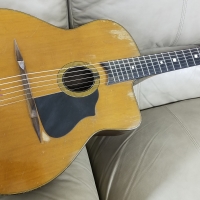 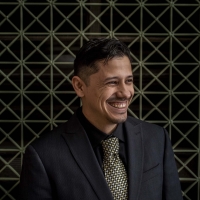