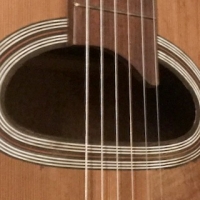 Long time lurker, first time poster! I'm based in Italy and Switzerland and have played guitar for longer than I care to admit. These last years have been mostly devoted to American swing: I am lucky enough to play in a big band and old Epi archtops rule my world (along with folks like Dick McDonough, Allan Reuss, Bucky and John Pizzarelli, Barney Kessel…). To give you an idea, these are a couple of pretty shoddy tracks I recorded for friends at home during COVID (with a Loar and a FHC, if you're curious):

Anyway I've always had a fascination for GJ: it's such a great flavour of swing, it's a lot of fun to play, and it promises to make me a better player. So a little on the side, but I'm getting started. Of course I was looking around for my first GJ guitar. I tried a Cigano but it had such a flat, thin neck. Then a Nomade that I quite liked but went before I had made up my mind, and a few other nice, China-made guitars… In the same store as the Nomade there was this old thing hanging there: funny looking, big D hole, 12 frets. Naaaah… all the reading had convinced me: long scale, 14 frets, O-hole – I would not even look at the thing. Then I tried it just for the heck of it: huge neck just as I like it, big voice, very mids-forward, lighter than any other guitar I've held, and playing well. A bit of research showed that it was a working man's guitar, well respected and well-loved in the community, that it was being sold for about half its normal asking price, and that the "short scale" I had so spurned was after all the 25.5" I'm accustomed to. It also came with a nice Dupont case. So today I went back , tried it again against anything that had strings on it and promised to have volume, and after it shredded its contenders to bloody bits I took it home with me.

I like her a lot. She's a low-life: loud, unpolished, with an attitude, but somehow sweet. She's in great shape for her age, seems all original except for the welcome new fretboard and frets as far as I can see, every note rings out loud and is easy to fret (with a little rough spot around the 12th fret on the G and D strings) and all there is to report about the body is a section of the binding that's gone but no cracks that I can see.

I'd be curious to know how old she is – they said "probably '57" but don't ask me how they reached the verdict: from what I've read, absent serial numbers or labels, it's nearly impossible to accurately date Boogie Woogies. No matter: she's just the right guitar to start my journey in GJ, and in this community ;D 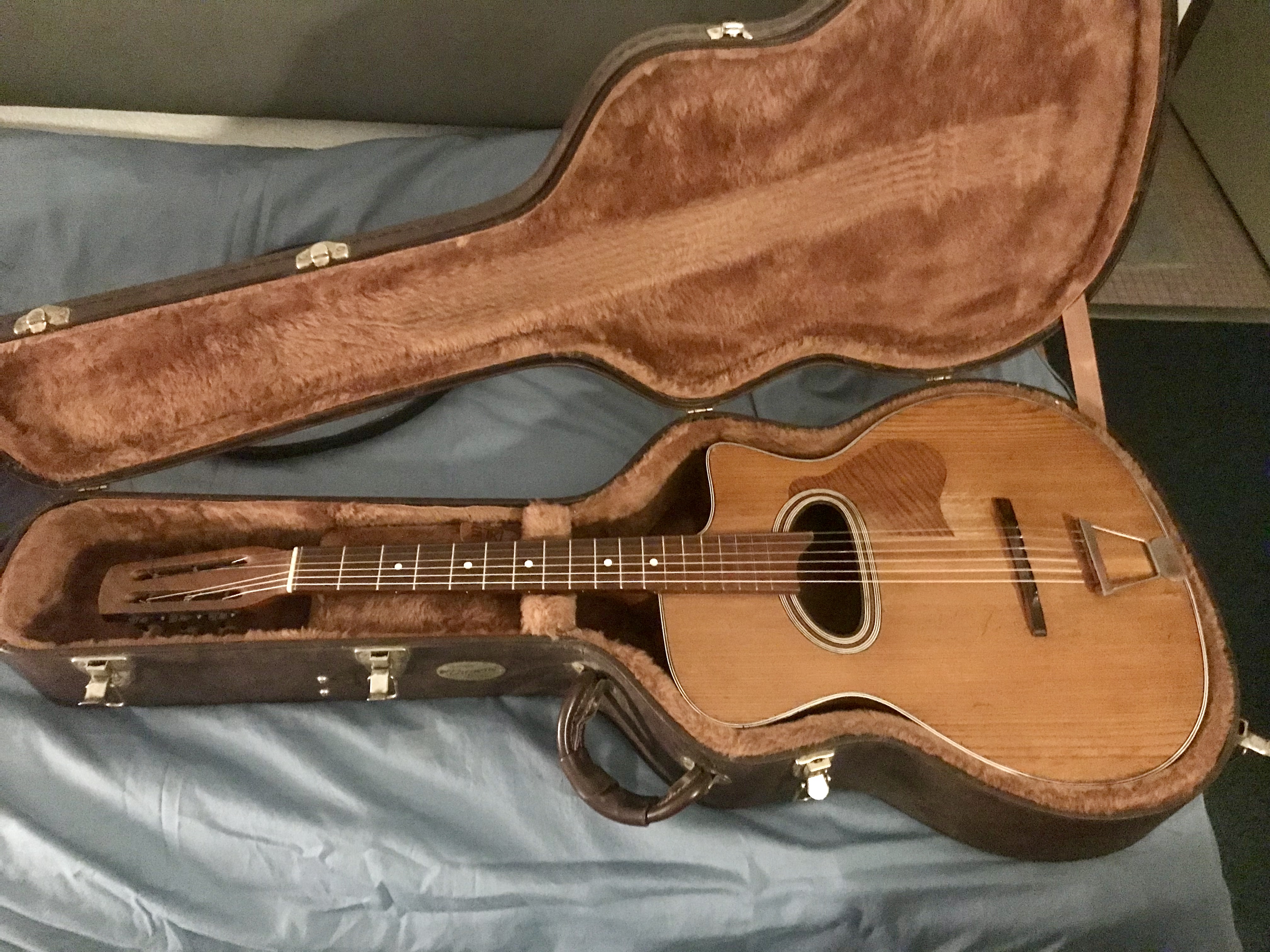 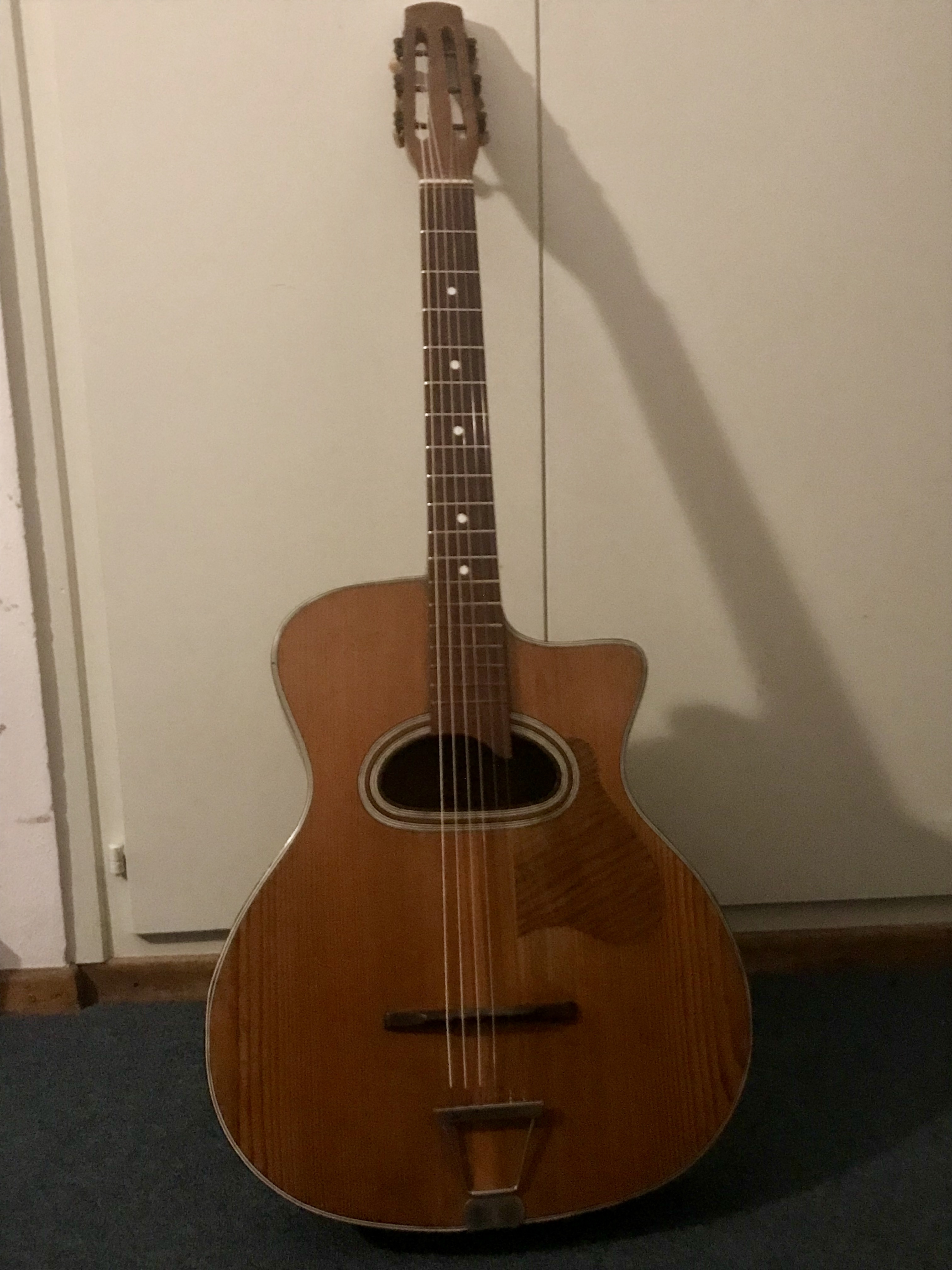 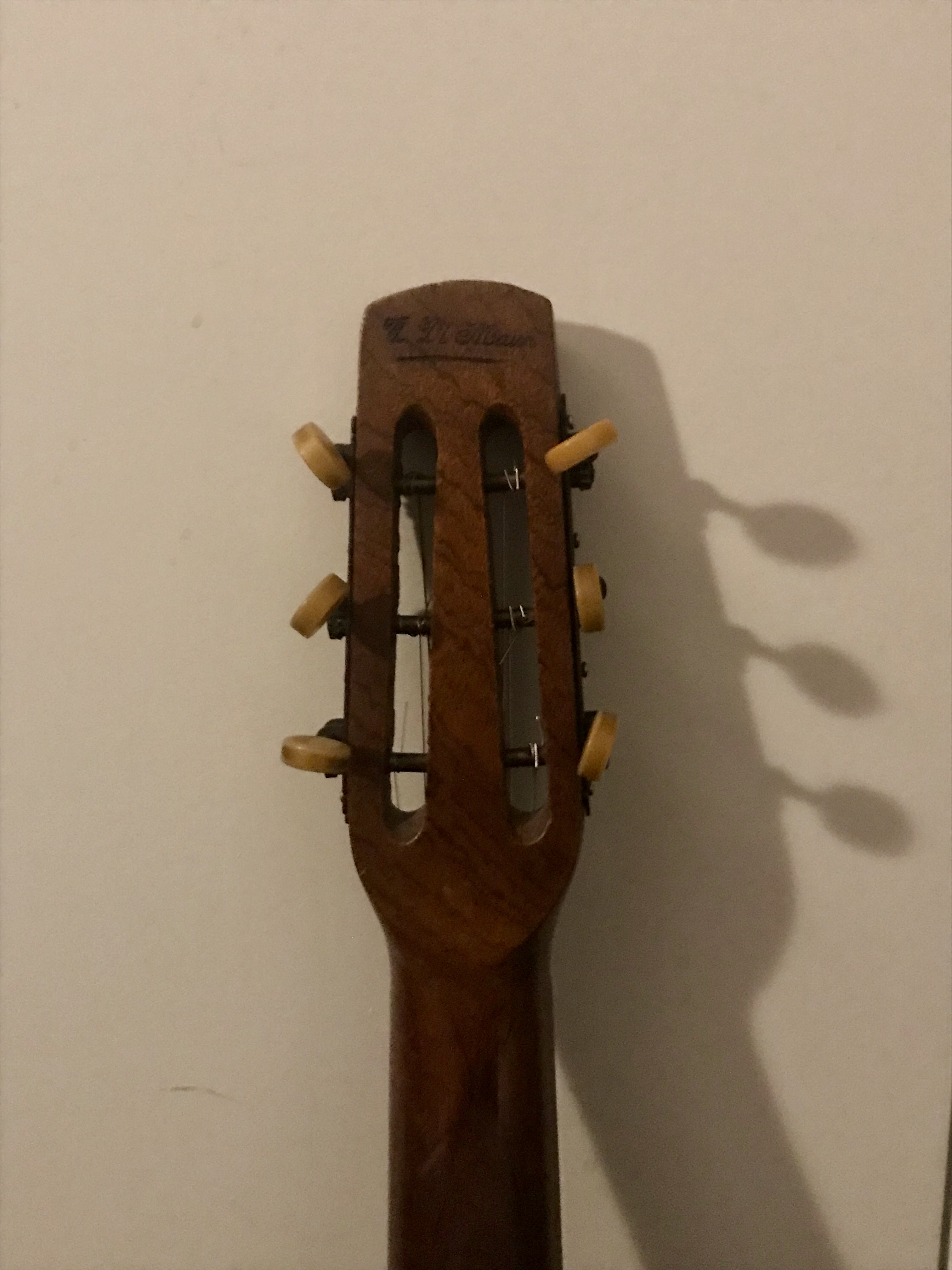 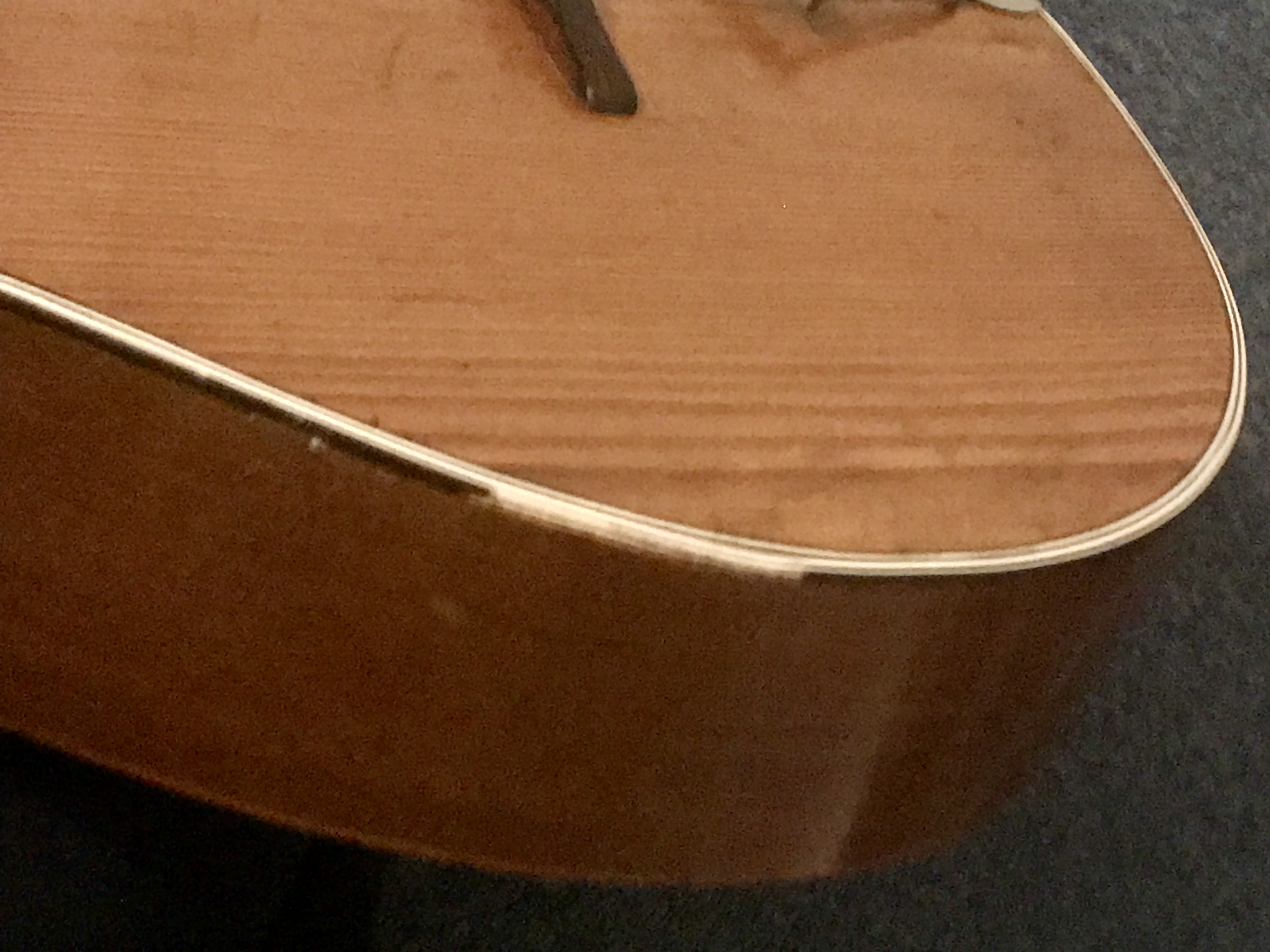