Scoredog Santa Barbara, Ca✭✭✭✭
May 14 edited May 14 in Welcome Posts: 765

So I am starting to write a method book...not a typical one but one where there are thoughts and ideas to help you become a better GJ player that I have not seen covered before.

The video below is the beginning of my "Proof of Concept" (POC) where I show the ideas and explain the thinking behind it. In the video there are numbers when I play a POC idea. I know using tab will help so I plan to add that down they line. Any thoughts while I assemble this are welcome. This is the start to my biggest chapter....but there are around 17 at this point. That will probably be enough.

I hope when you see this a light bulb goes off....that's the idea! If you need further explanation I'll be happy to do that and may help me explain things better later on. I'll state here this is not for beginners but intermediate and advanced players may get something out of this. This vid will likely be erased for a better version but I need to start somewhere... 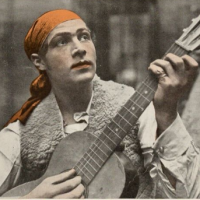