Good news! We have new photos of Django today, the first one shot with Grappelli at Pleyel in Paris to announce the first "old quintet" postwar concert on 14 November 1947 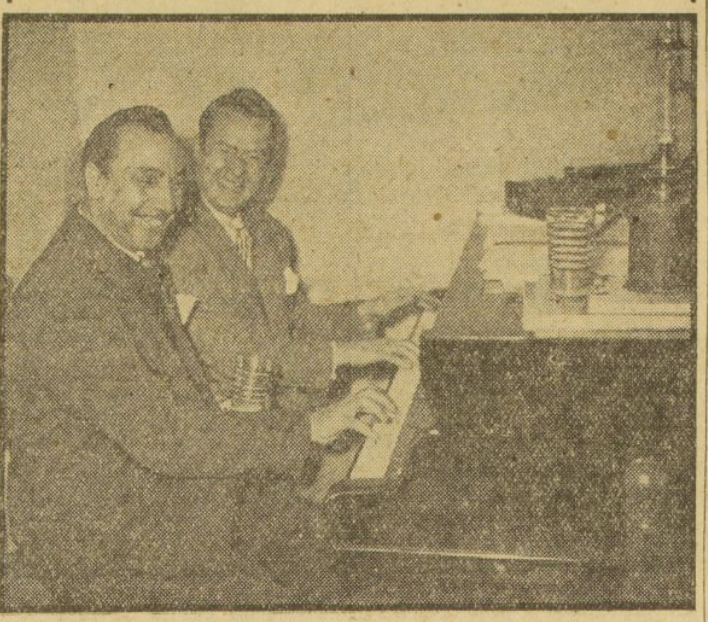 And the second one during a happening organized in the "Hammam Club" in Paris by the "Record" Magazine with Django, Challain Ferret and french singer George Ulmer ("Si tu savais") and the Peter Sisters on 18 February 1948 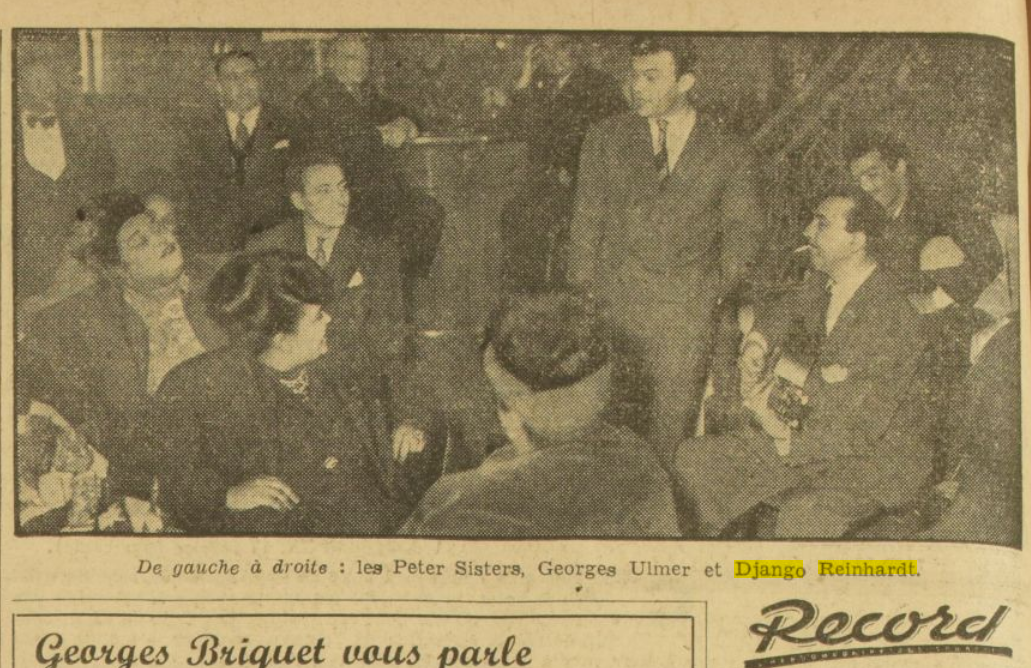 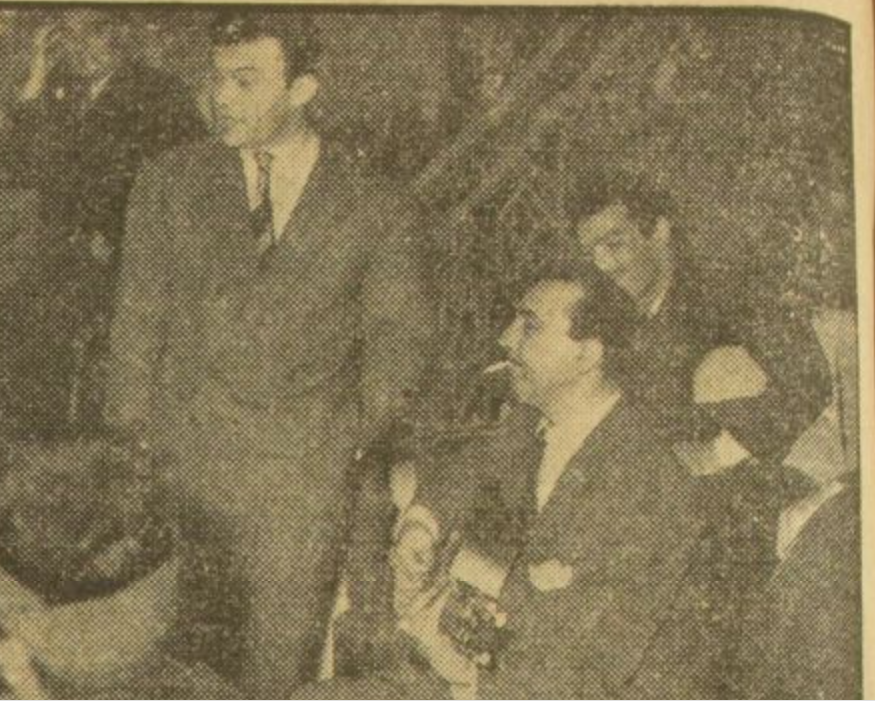