Rob MacKillop Edinburgh, Scotland✭✭✭✭
September 2018 in Unaccompanied Django Posts: 201
I’ve long been impressed with Django’s compositional talents, especially given that he is claimed to have been musically illiterate. That’s not a surprise, given his upbringing - he did not study in a Paris Conservatoire, for instance - but the quality of his writing is at times very refined.

Here’s an improvisation in the Spanish style, “Echoes of Spain”. It does start with a few “tourist-style” chords, but very soon takes off into very interesting areas, melodically and harmonically. There are touches of the Brazilian composer, Heitor Villa-Lobos, which make me think Django had heard Segovia play, but there are also some very French modern harmonies in there too (although HVL also studied in France) as well as some jazz harmonies. Altogether, it is a very interesting piece, more than a mere improvisation.

I don't at all attempt to play like Django, or a gypsy player, so please don't say, "That's not how Django played it" :-) 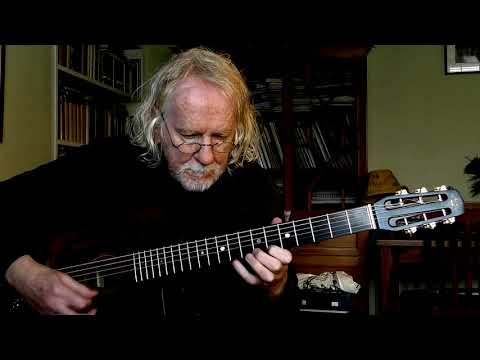