BYO: What Makes a Guitar "Good"? 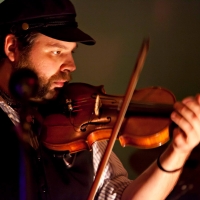 Hi all. I'm a professional violin maker and restorer who is making the leap into the fretted world to build Selmer-Maccaferri style guitars. I have already acquired a number of good learning resources and I have a decade of experience making string instruments as well as a lifetime of experience playing them, so I think I might actually have a shot at making some pretty decent instruments right out the gate here. I have a tone wood shipment arriving later this week and I am absolutely chomping at the bit to get started.

Any advice anyone can contribute will be very helpful but I'm especially curious to know, from all players of these instruments: what makes one good? What qualities do players seek in these instruments? What separates an acceptable instrument from a truly exceptional one? What do you wish you could find in a guitar? When you playtest instruments, what are you listening for? What are you feeling for? What gets you excited about an instrument? I know how to answer these questions for myself about what guitars I like, and I know what bowed instrument players are looking for generally, but within this very specific subset of the guitar, I am curious if there are any specific qualities I should be striving for (besides LOUD, which is inevitable just from the nature of the build).