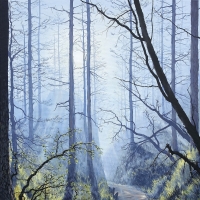 Hello! What are everyone's thoughts on the term 'Gypsy Jazz'? Could the use of the word 'gypsy' be deemed inappropriate and/or offensive? Is there a better name or description of this music that we should all be using?

The reason I'm asking is that I'm trying to come up with a name for my duo, so we can actually advertise ourselves when we have a gig. We hope to find a bass player and another musician (sax/accordion/violin/trumpet/piano...), but at the moment it's just two guitars (and sometimes I play my EKO fretless acoustic bass). I'm not sure how I feel about including the word gypsy in any title or advert for our music. Is this a sensitive subject?

The only name I'm currently quite fond of is 'Django's Trousers'. My wife suggested 'Steaming Pile of Jazz'. Has she heard us play?!!

Any input is very welcome.