Any idea what this guitar is?

There’s only one photo available on this.

the tailpiece says ‘S’ as in Saga, but from the placements of dots on fretboard and the pearl design rosette, it can’t quite be identified if the tailpiece has been added on so it might very well not be a Cigano nor a Gitane 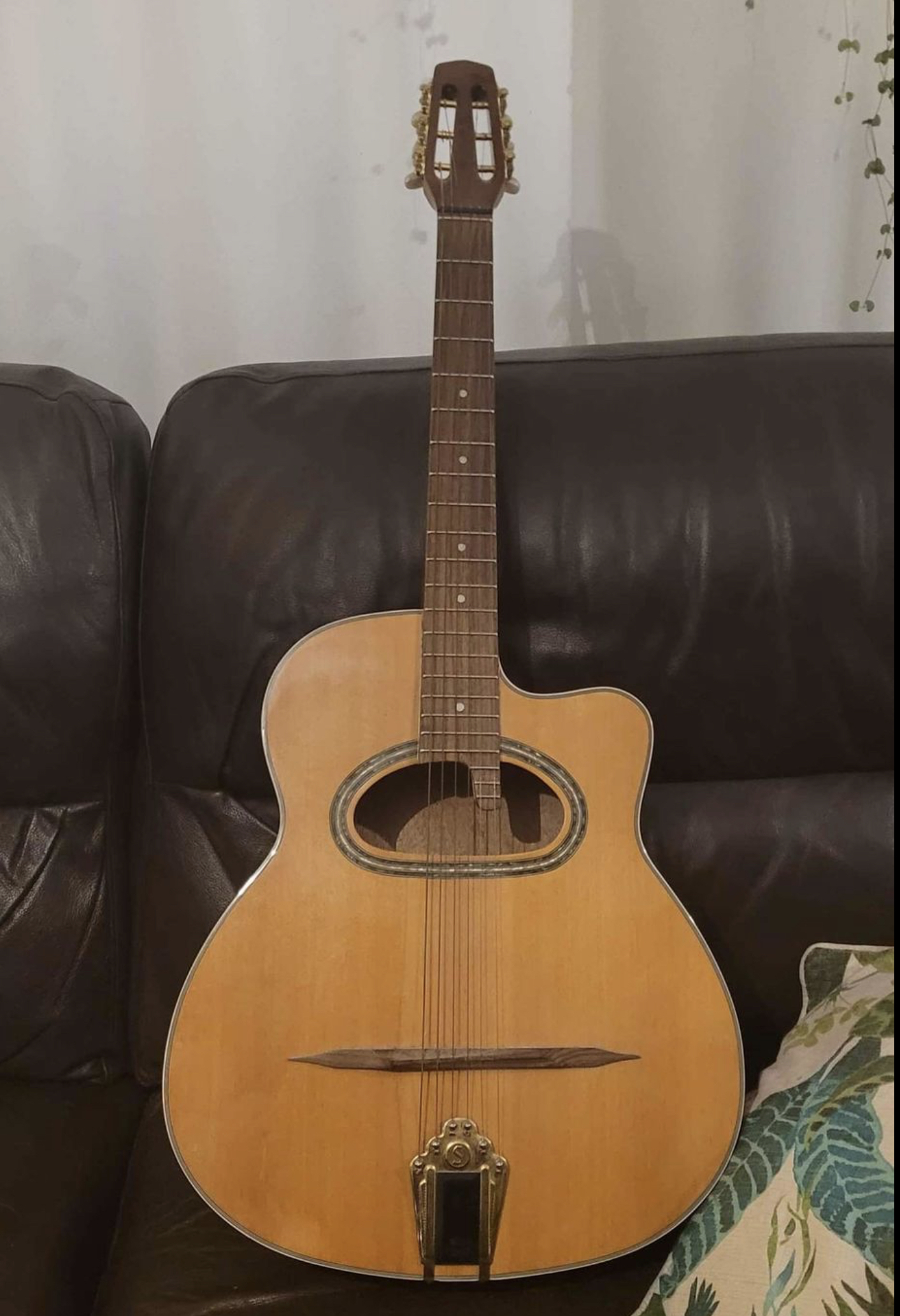