New to trying to play gypsy jazz rhythm guitar. What is the generally accepted theory for using passing chords in a tune? For example, my first tune is Minor Swing, Am6 Dm6 E7. Without going overboard with the passing chords what is suggested and accepted? How do I apply that chord-playing theory to the other tunes in the repertoire?

Thanks for any guidance or links to tutorials. 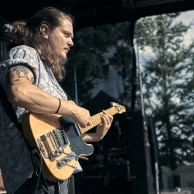