Jan Song Of The Month--I'll See You In My Dreams 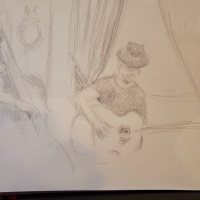 January's song of the month is super fun to play. I call it fairly regularly, as do most of the players I play with. But the changes are so hip, I never mind that it seems to get called on lots of gigs. It was composed in 1924 by Isham Jones with the lyrics written by Gus Kahn.

Notably, a film by the same name was released in 1951 (a biography of Gus Kahn) with Doris Day singing the title song. That seems to have sealed it into popular culture, along with the many great versions that prominent artists have recorded through the years. Look for those by Bing Crosby, Ella Fitzgerald & Chet Atkins if you're interested. My favorite Django version is from Paris, 6/30/39. I'll post a link to it separately, as well as a real treat for the forum--our own Buco's stunning version of it, played in Django's two-finger style. If you haven't seen it, be prepared to be blown away!

My band does it in F, starting on the IV chord. Below is the chart we use: 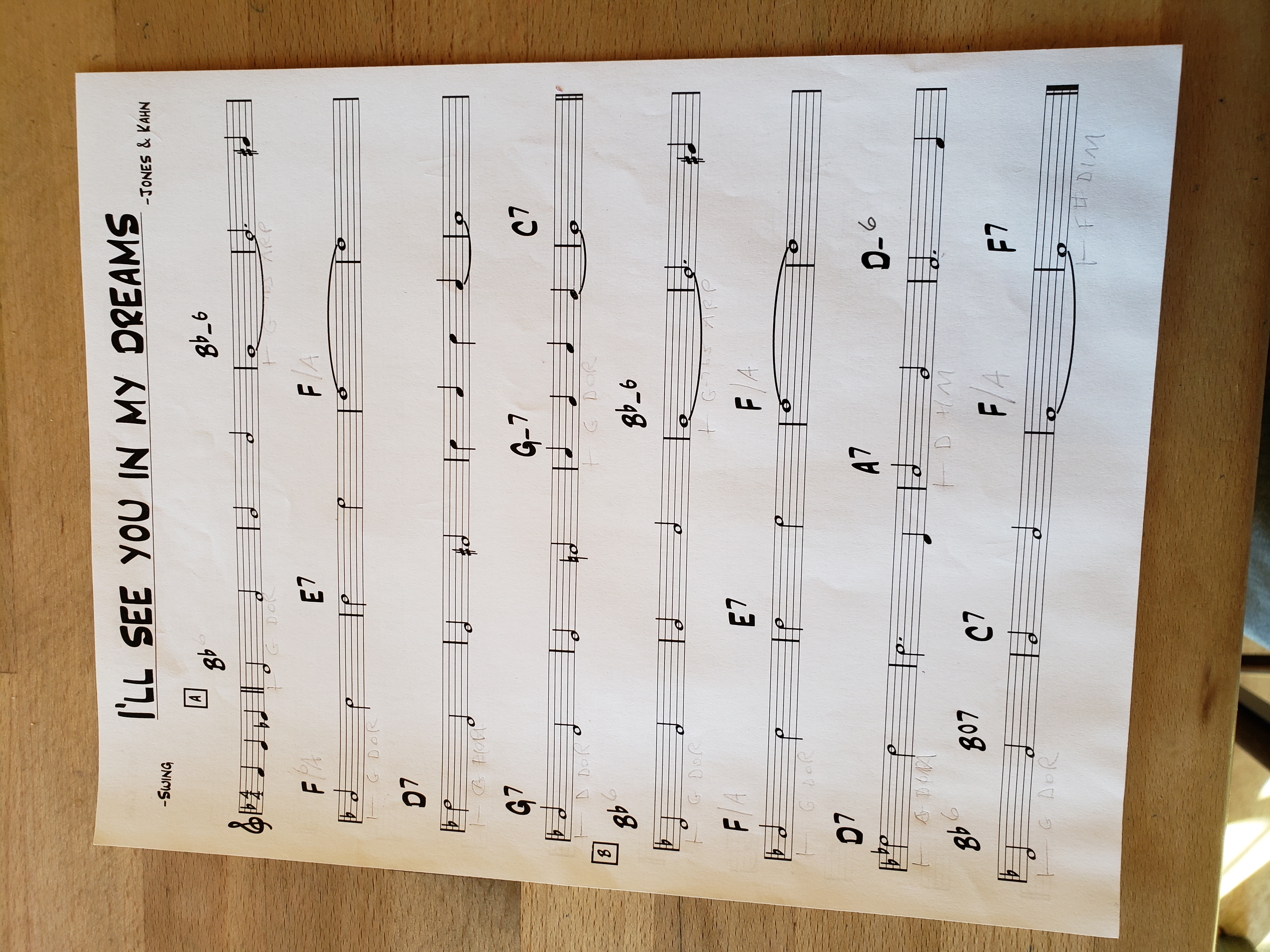