I come to you from the classical guitar world, so please forgive my ignorance. I've always been interested in Selmer style guitars, but always kept waiting for a good deal. It's the "I want to try it but I don't know if I'll like it" kind of story. About a month ago I won this oval hole on ebay (it was a bit of a gamble, as I won it from a general auctioneer). Now it's time to see if my recklessness paid off or not. The guitar doesn't have a label inside or any manufacturer's notes of any kind (although there are some remnants of glue where a label should be). The top seems to be solid wood, maybe spruce. The tuners are unbranded, I can find cheap lookalikes on Amazon as well as expensive ones on Stew Mac. There is no logo of sort on the headstock. The tailpiece is fairly standard when compared to other guitars on the internet, it has a sort of "Z" or "2" engraving where the "S" should be. The bridge is not a 3 piece bridge as most guitars seem to have, it is a one piece bridge. The back and sides seem to be good quality laminate (by that I mean, the inside of the guitar almost nearly matches the outside of the guitar). The previous owner added two side ports, no idea why. The back of the neck has a "QC" sticker and what appears to be a serial number, which probably means it's a mass produced guitar. It came from Delaware U.S.

Pictures of the instrument: 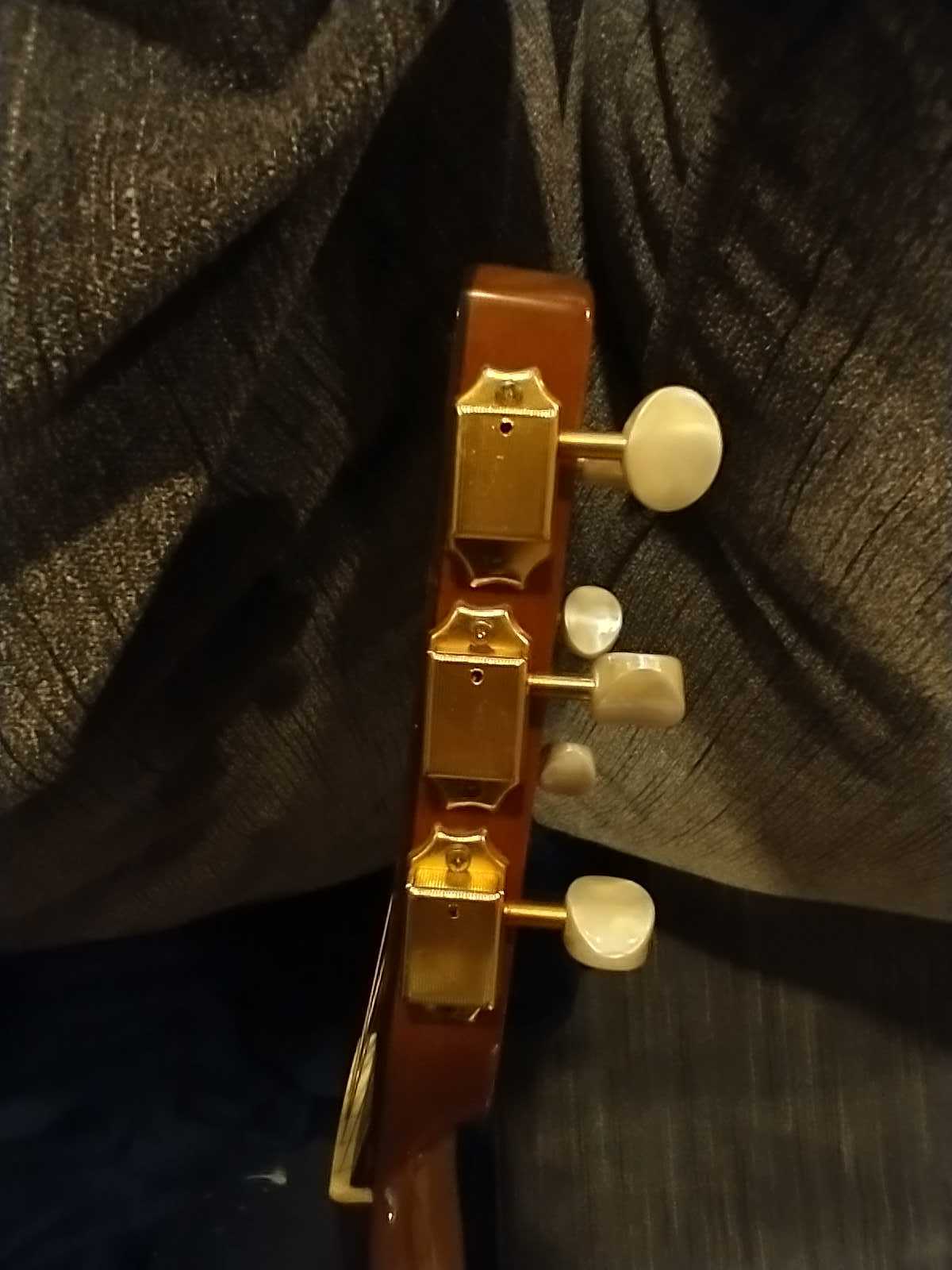 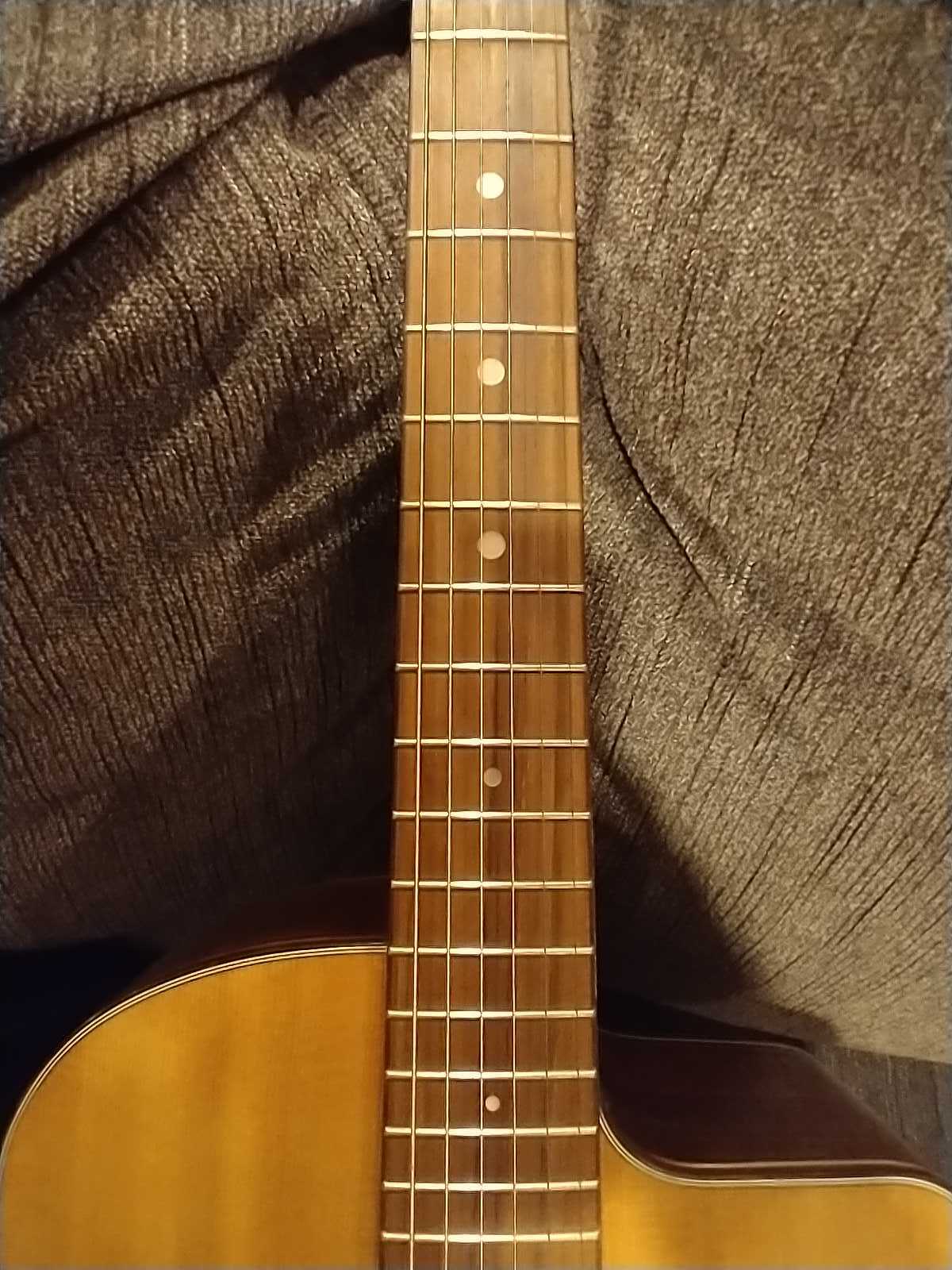 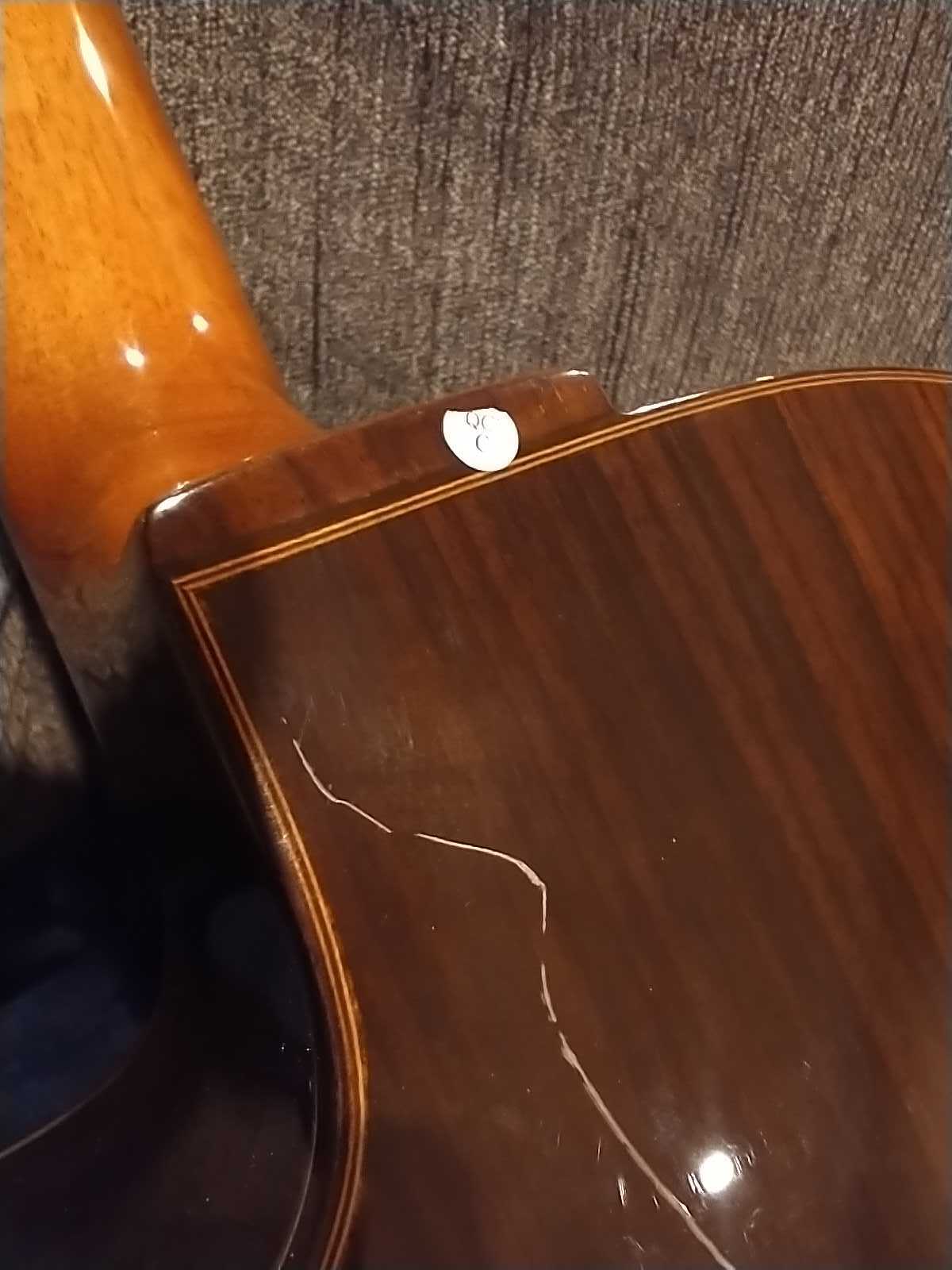 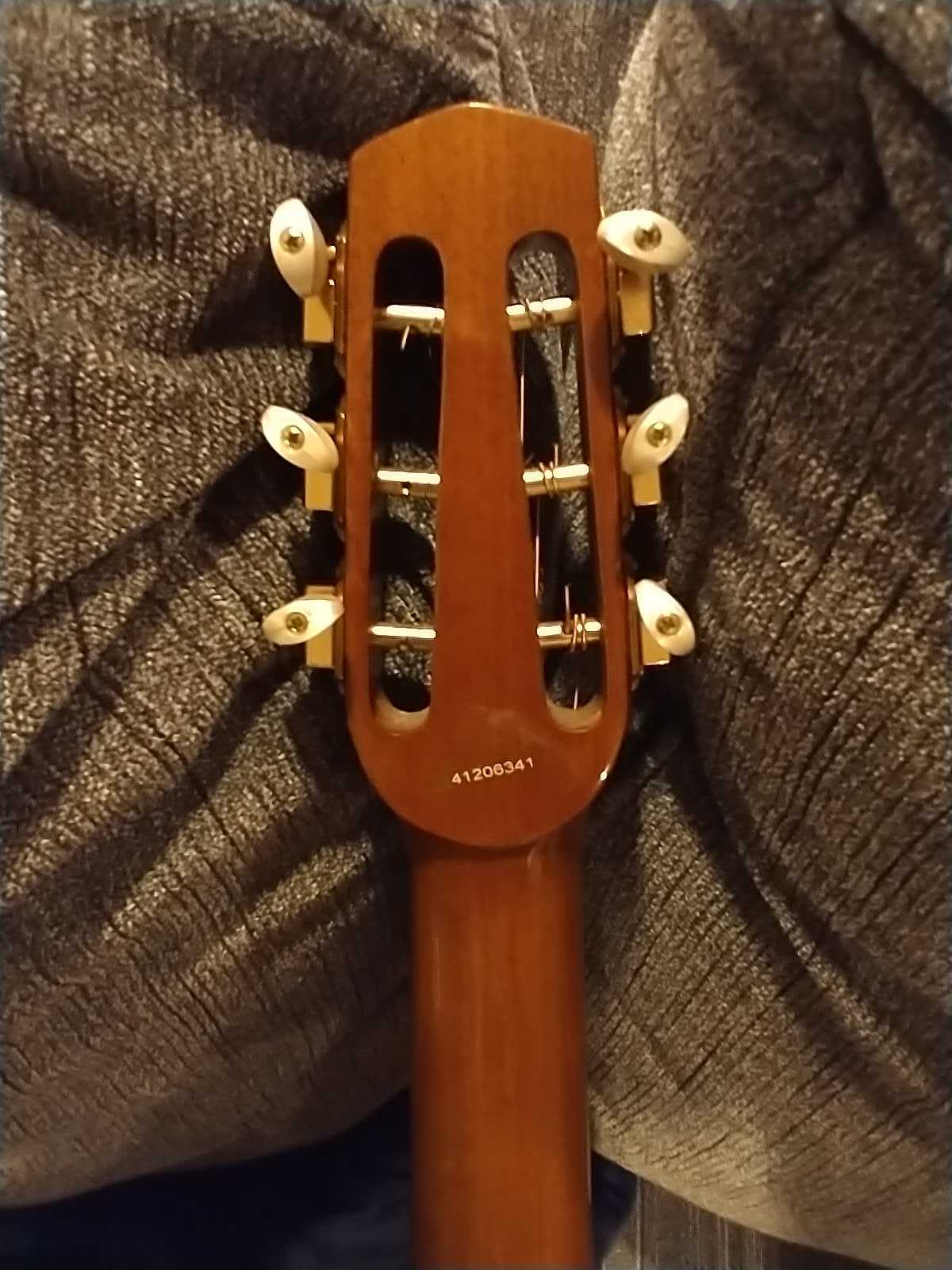 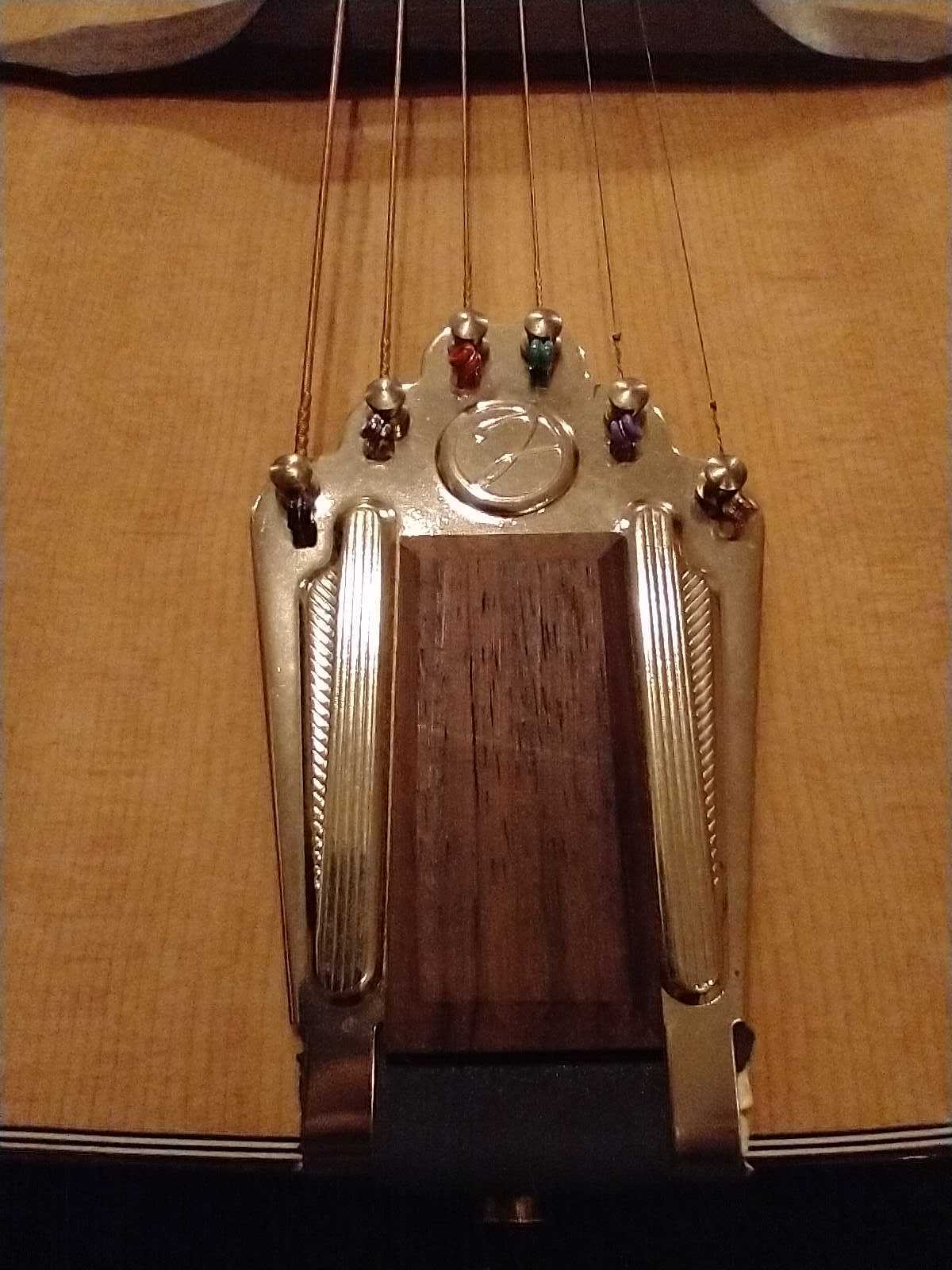 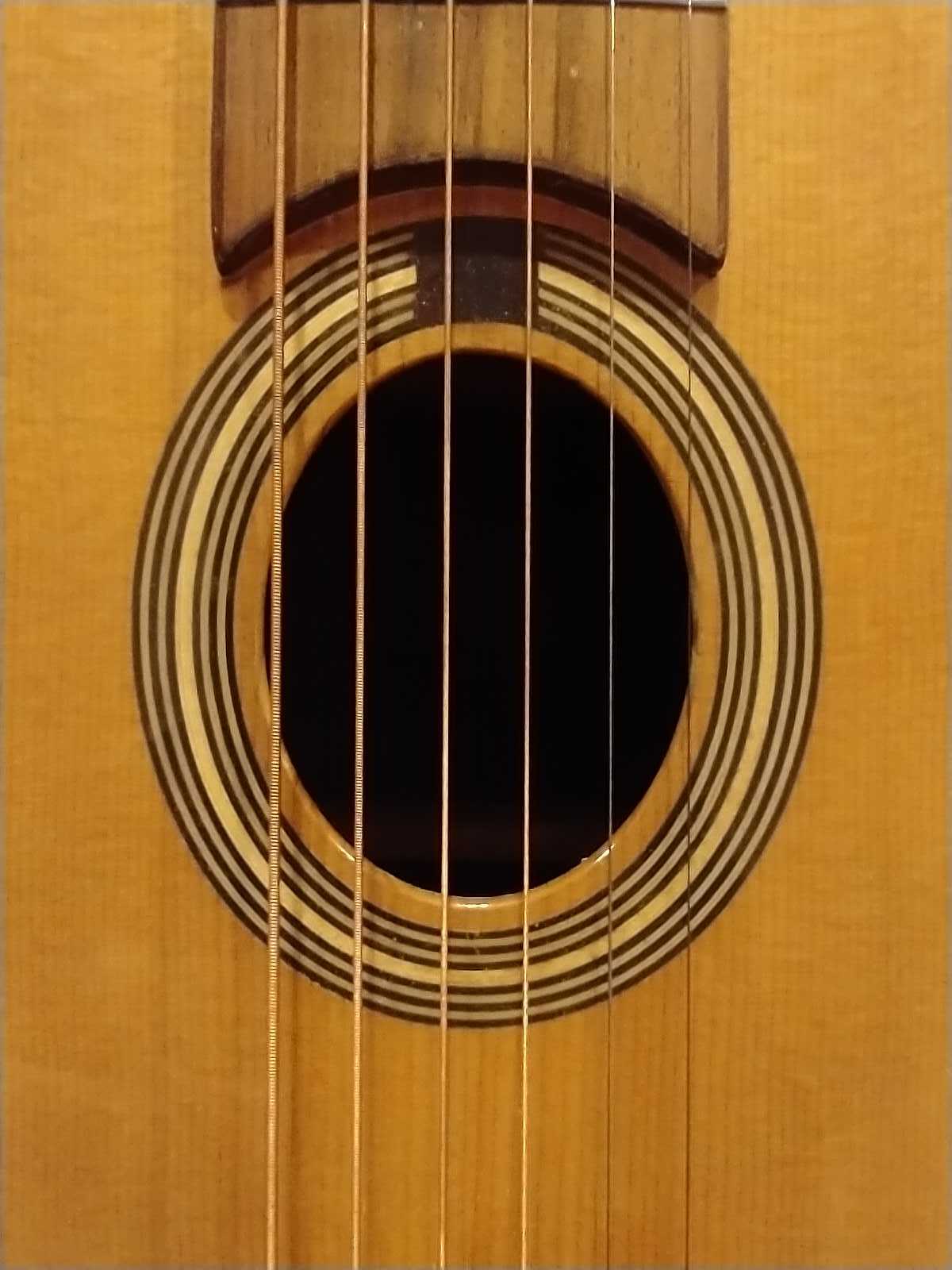 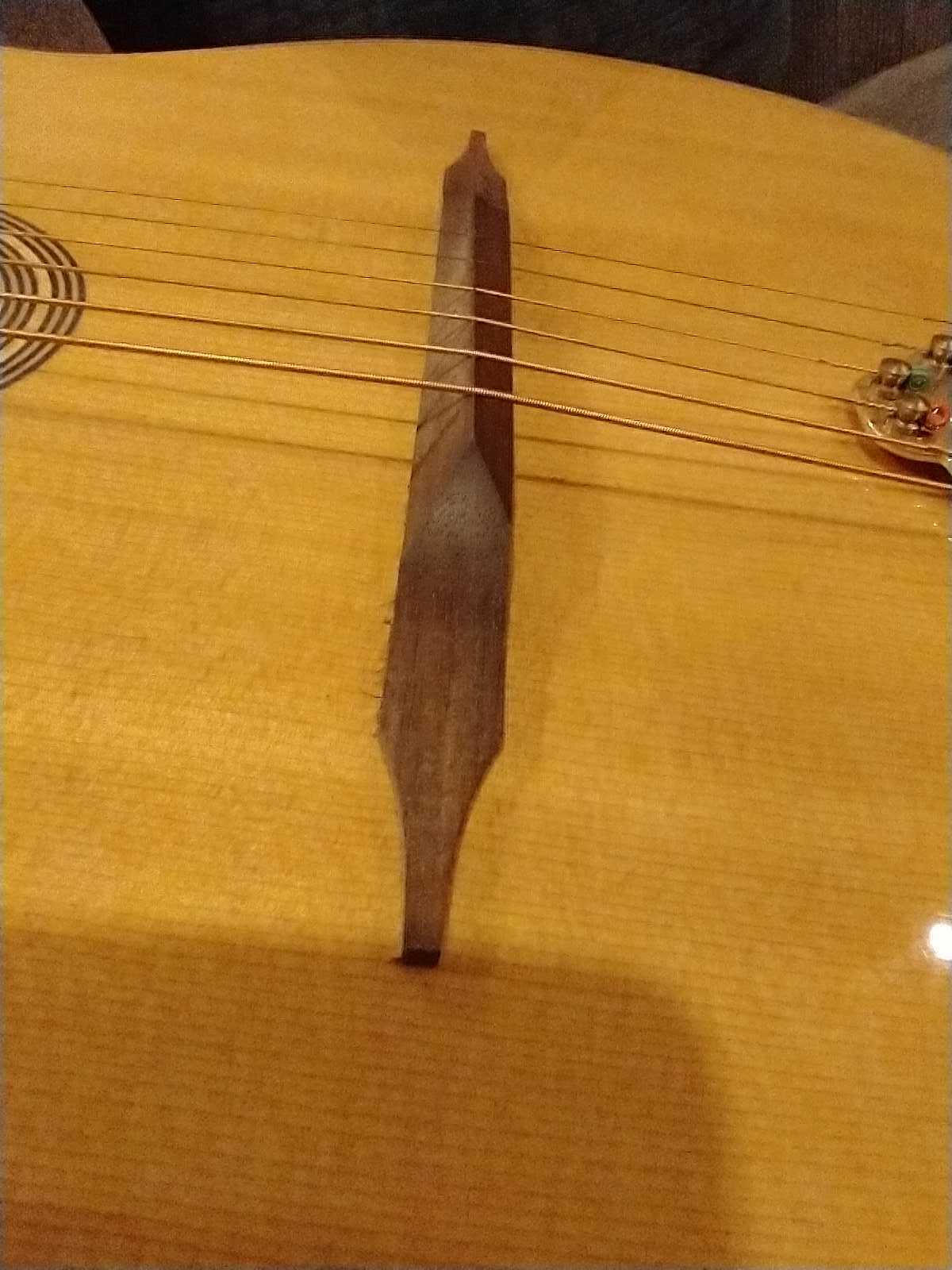 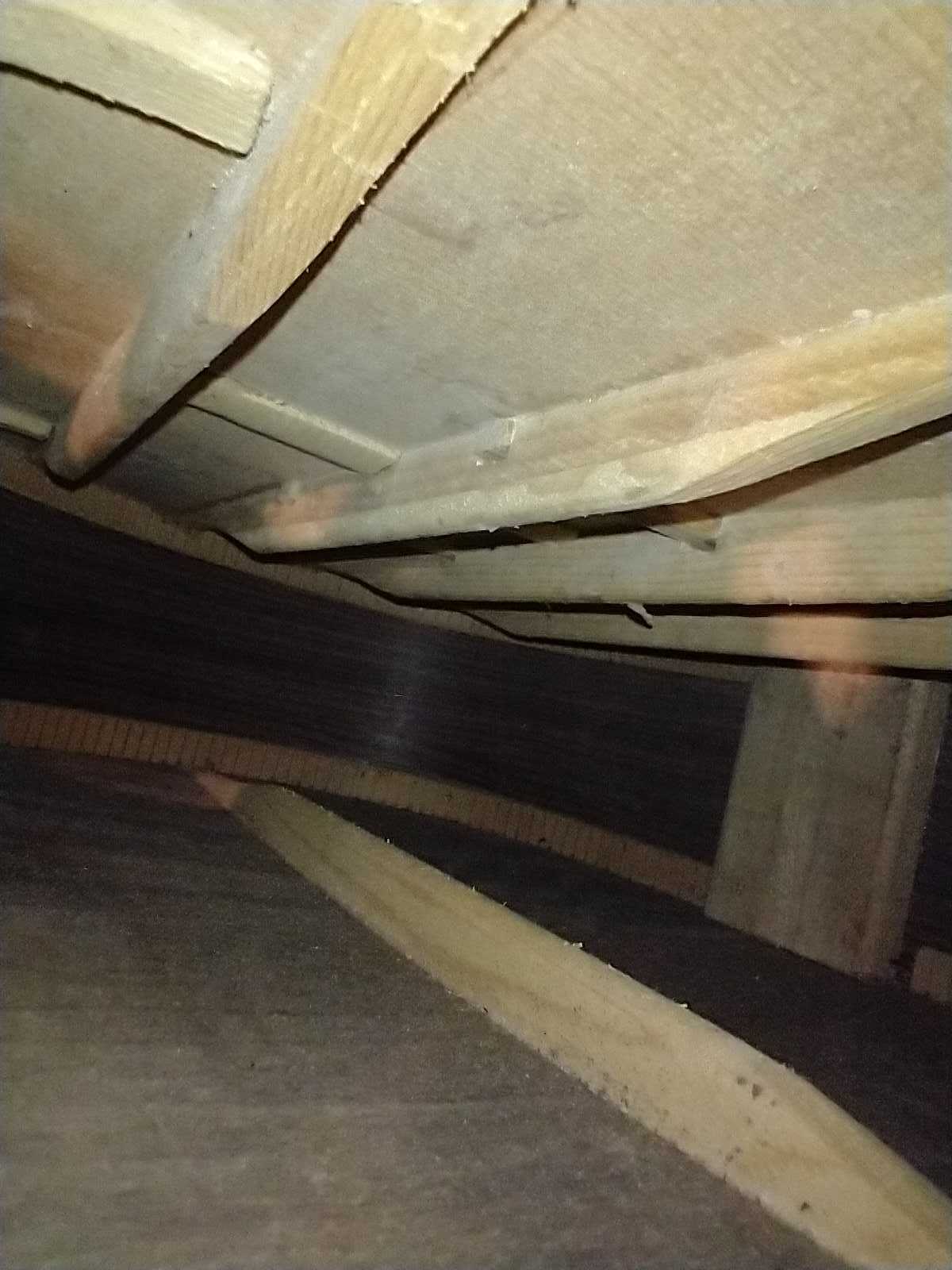 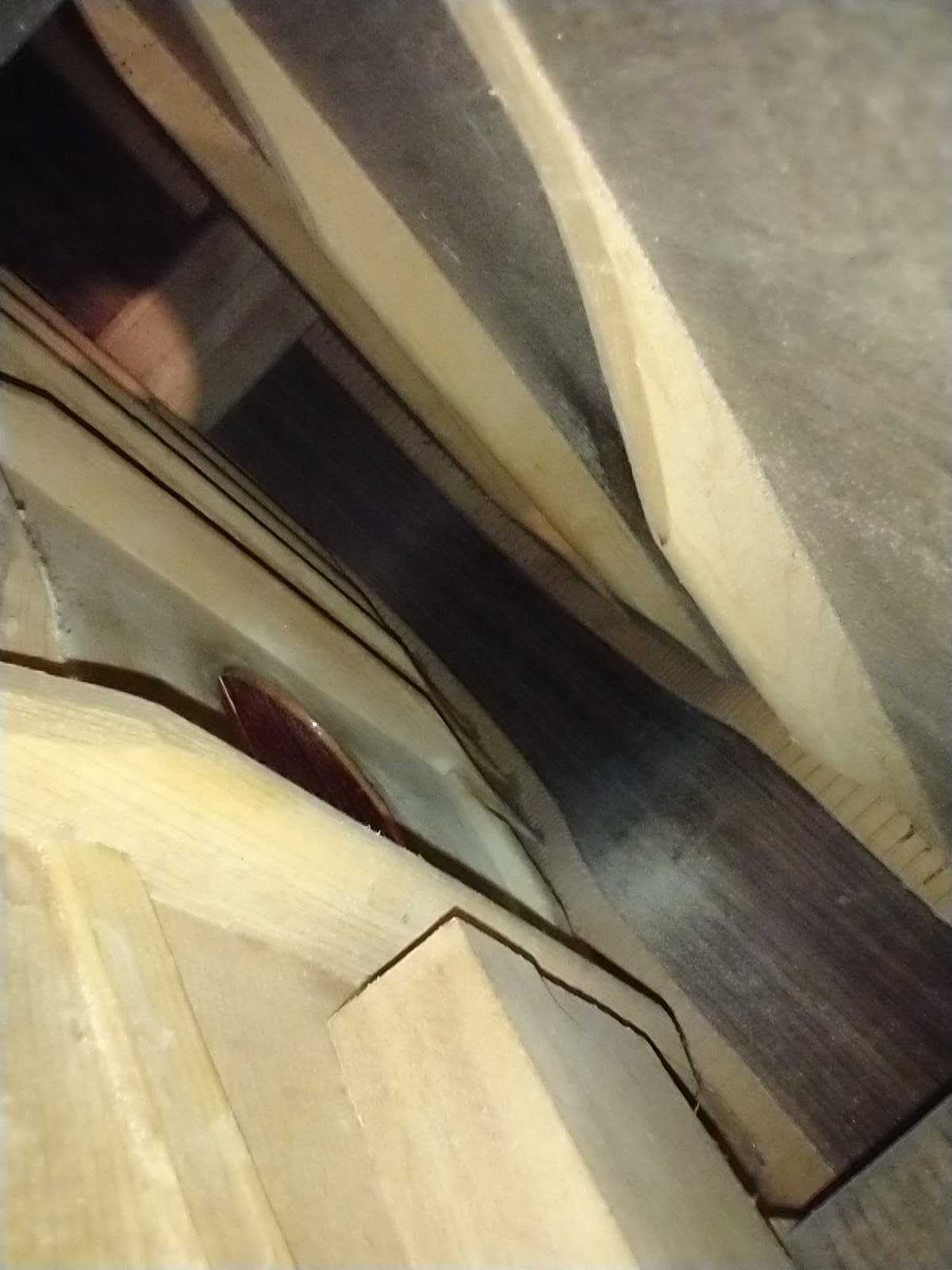 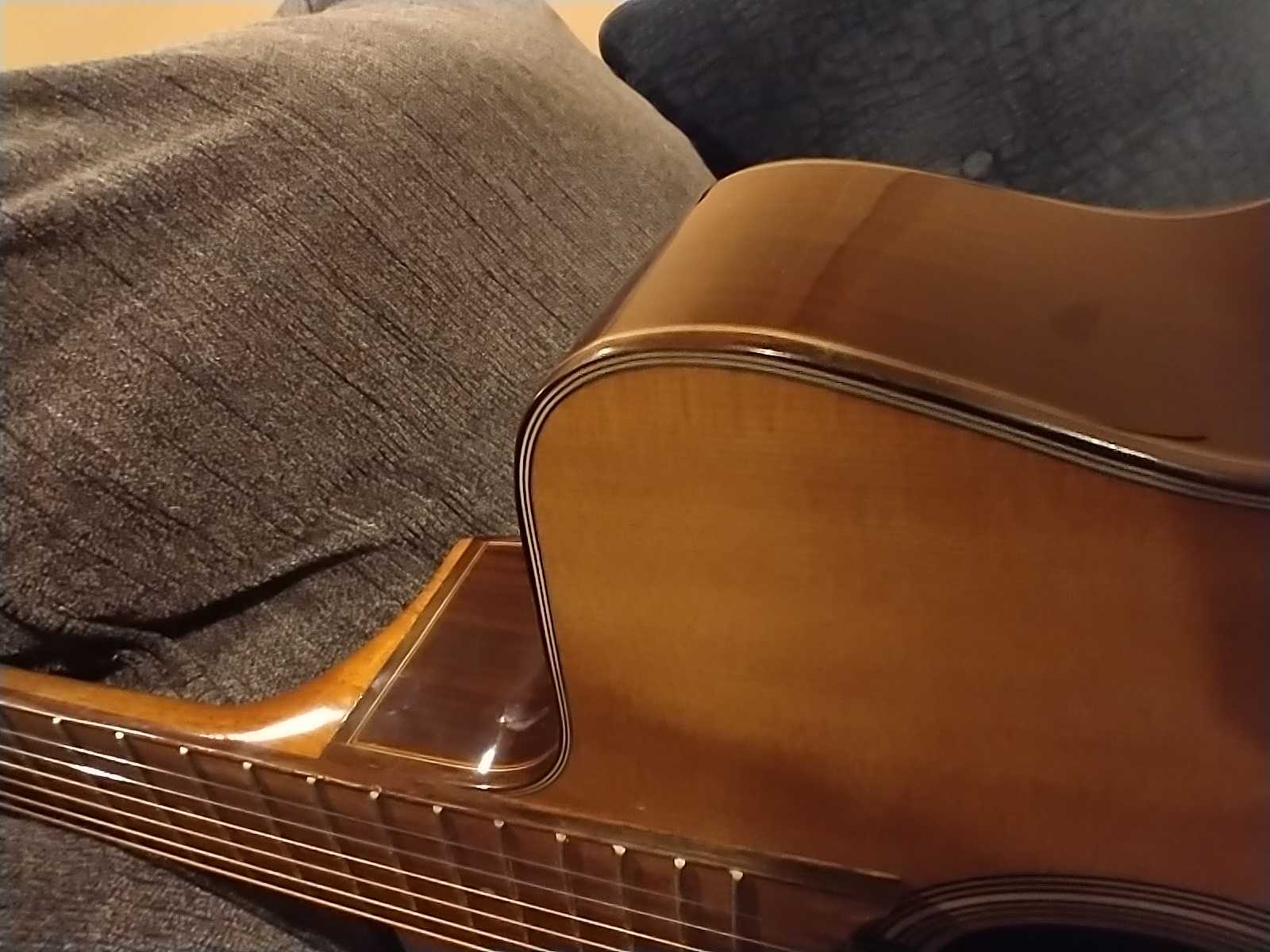 Thank you for your time and wisdom :)