Hello all, new member of the forum community here. I recently acquired a Pierre Fontaine D-hole that is (very clearly) used. Despite all the physical/aesthetic issues with the instrument and the warping of the top, it still plays surprisingly well and delivers a very full tone. It is even supposedly signed by Frank Vignola on the back of the headstock (no way to confirm this, but I can't imagine why someone would fake his signature, especially on a Gypsy guitar). There is one issue with it: I have no clue what it is. I know it is a Pierre Fontaine model, but I have no clue of the age of the instrument or if there is any way to figure it out. I've researched his guitars and have not been able to find anything similar to the color of this one, and this leads me to believe it may have been re-stained which is a shame. The bridge doesn't appear to be original either as I can see the slight silhouette of a larger bridge that used to be above the new one. Likewise, the black tail-piece seems a bit odd as it is not the traditional brass. It has no truss rod (not sure if they are a standard feature on this type of guitar anyway). The fret board is 14 frets at the body, and it has a zero fret. Again, no clue if there is any way to figure out when this was made or if the top stain is original, but it has a lot of character and I quite like the roughness of it. It makes it seem a lot older than it probably is, but it's a welcome aesthetic. If anybody has any way of aiding me in figuring out when this guitar was made or the model, I would be very thankful. Thanks everybody! 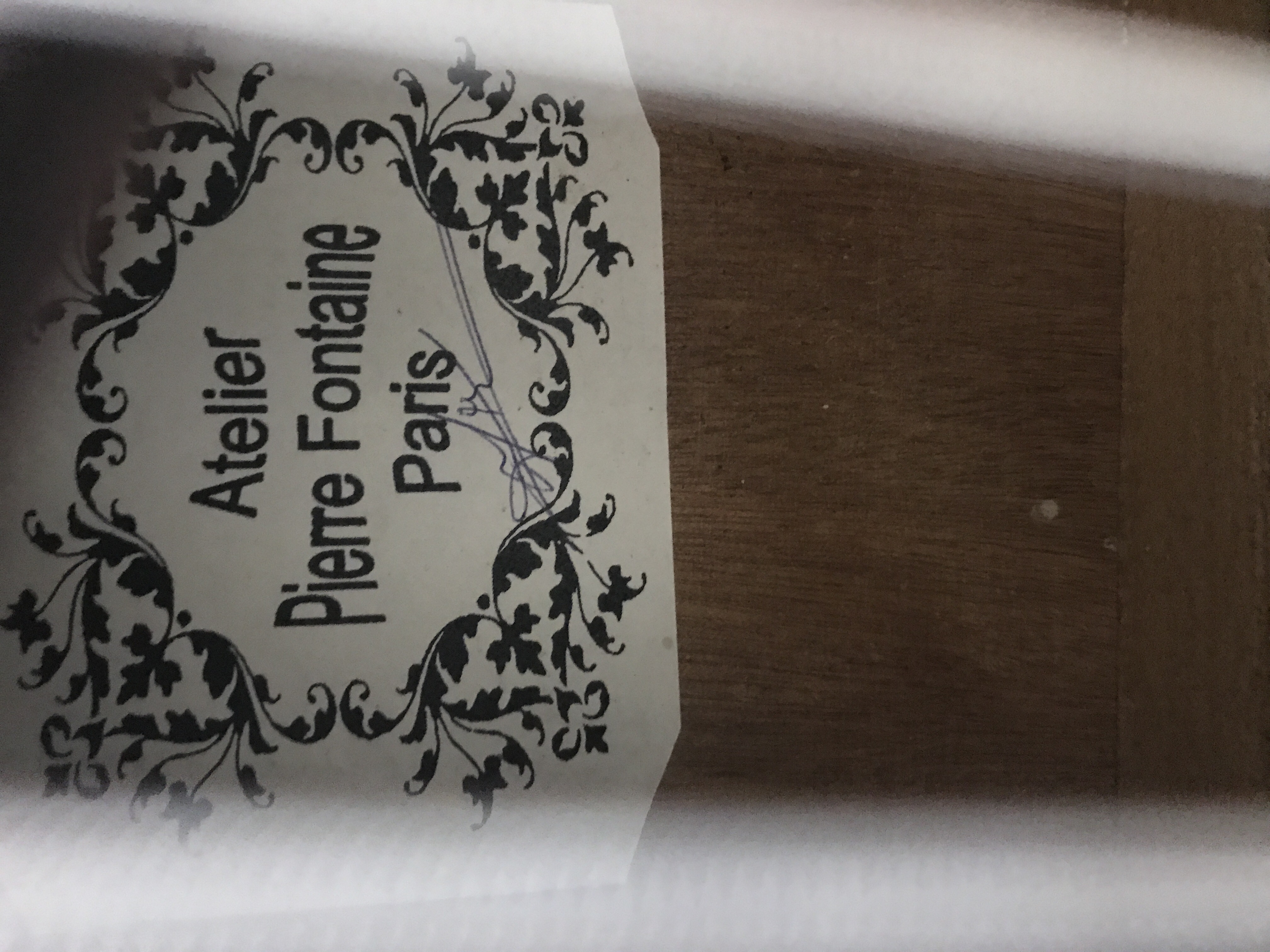 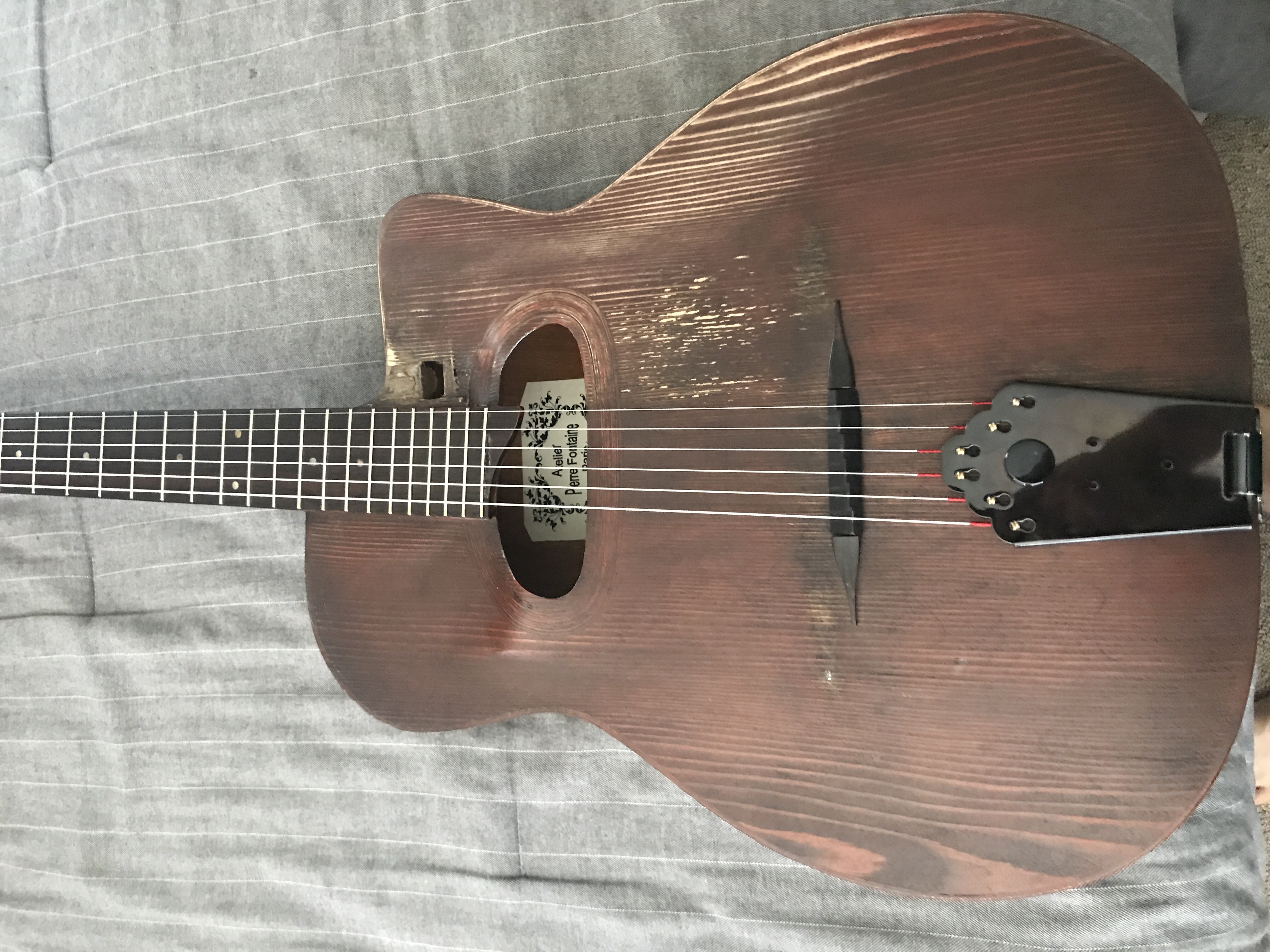 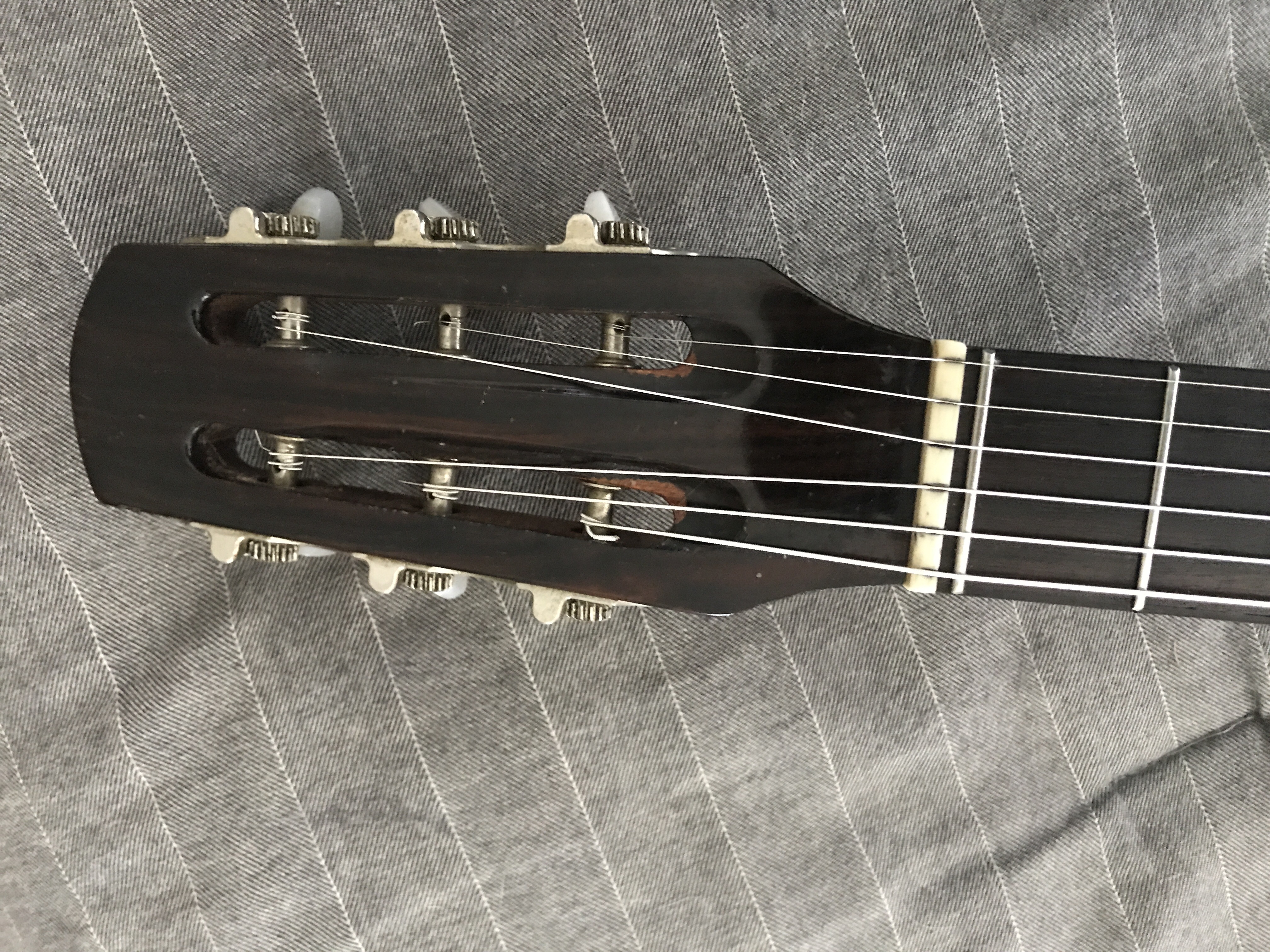 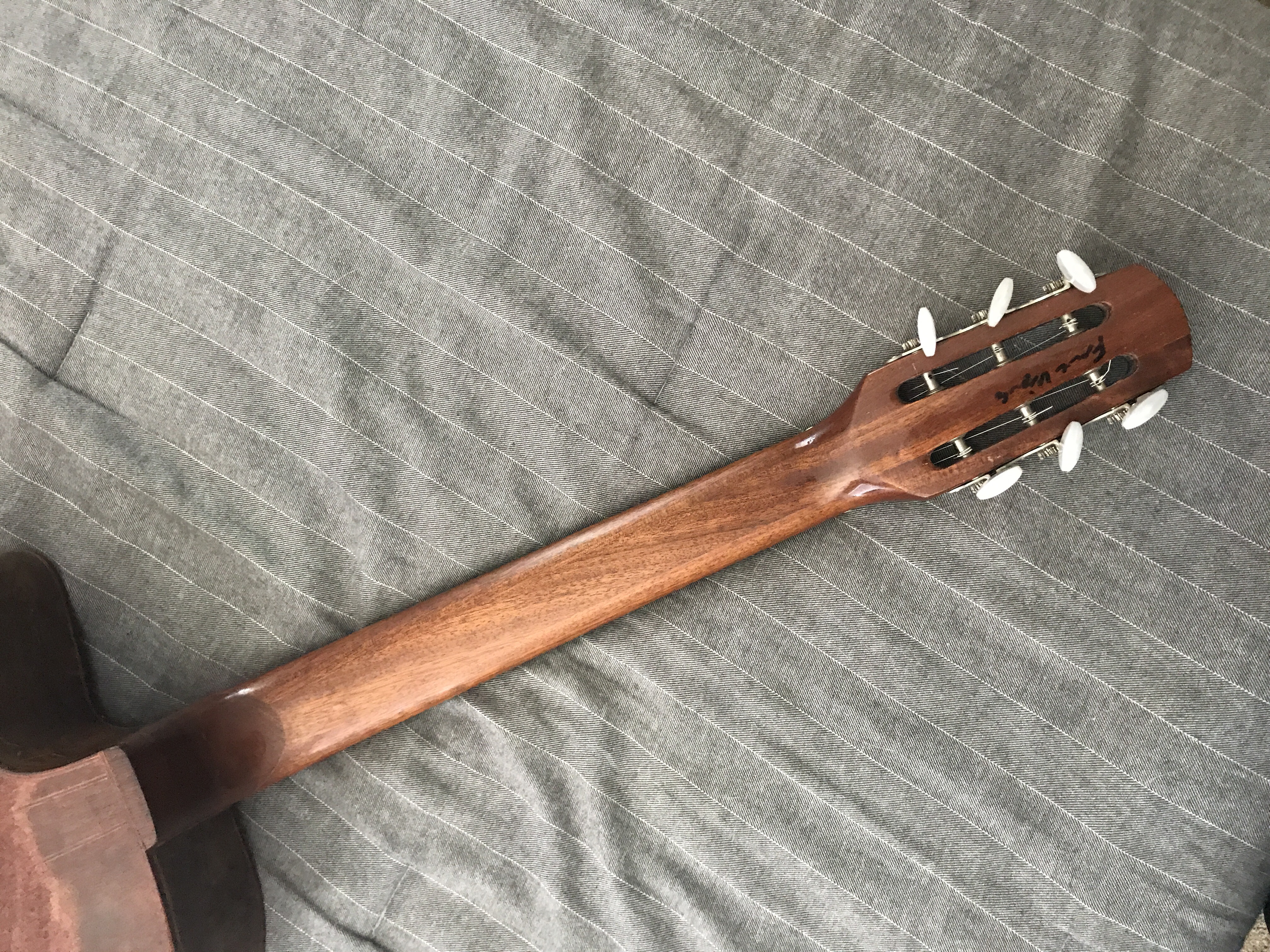 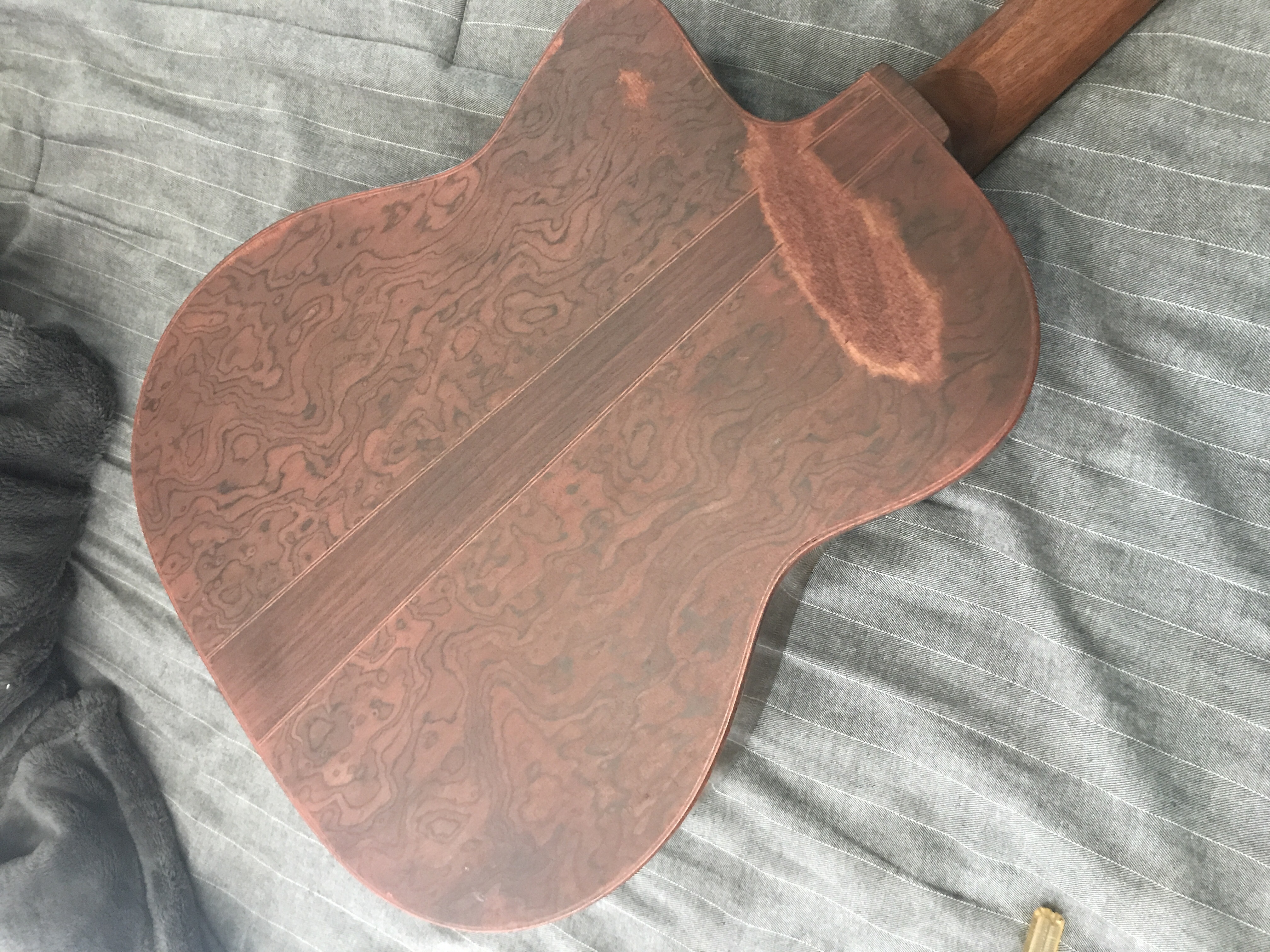 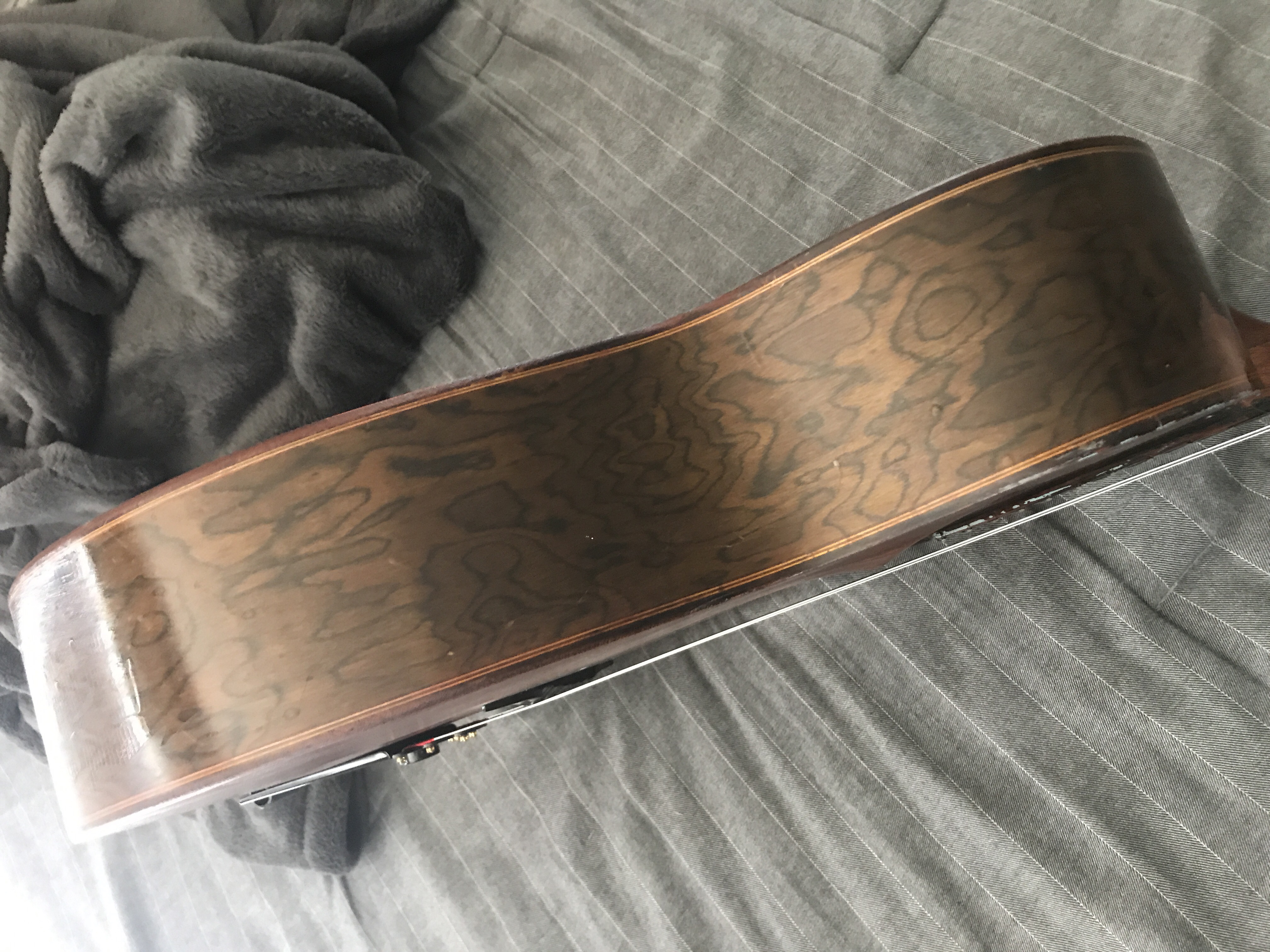 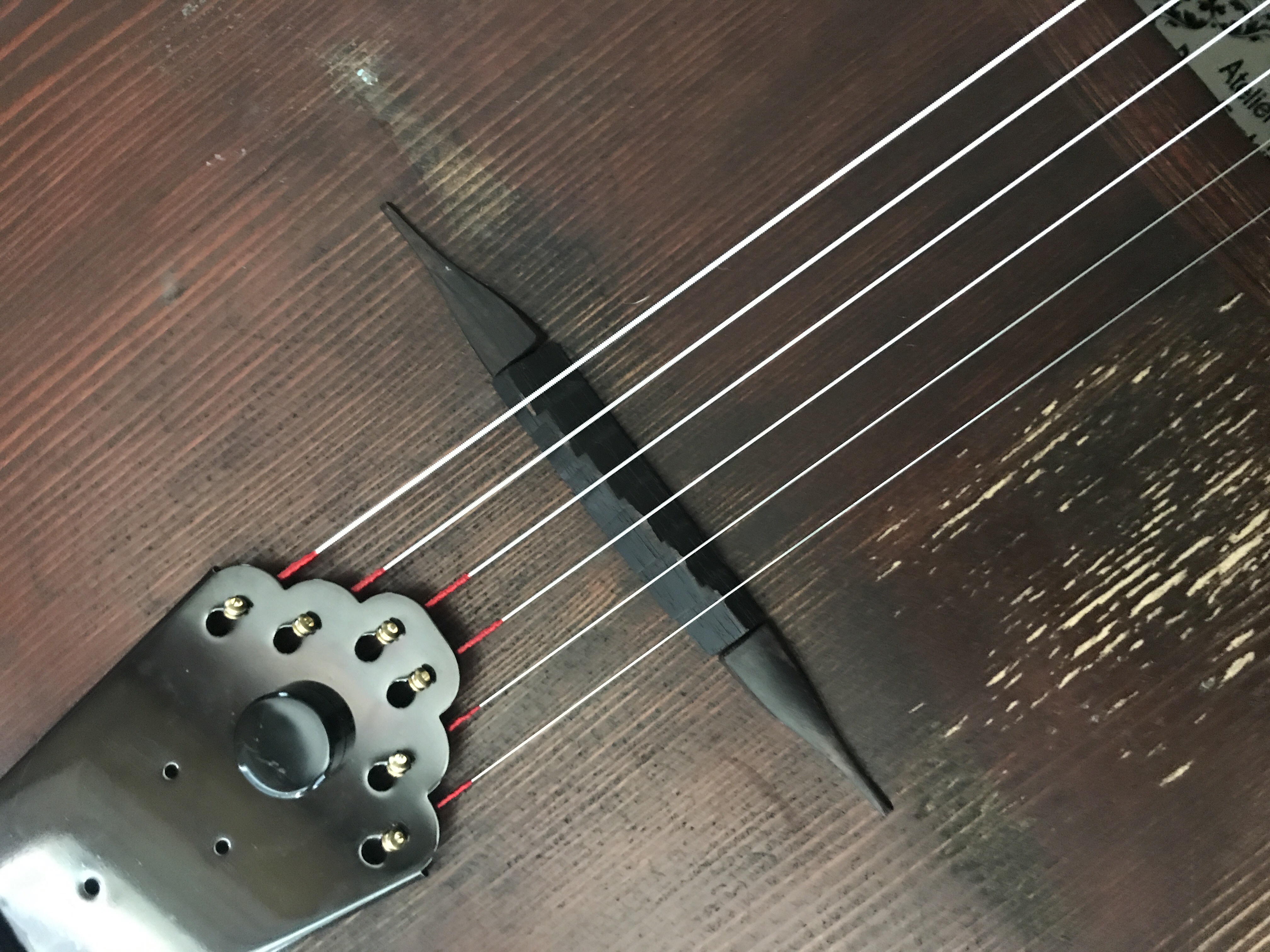 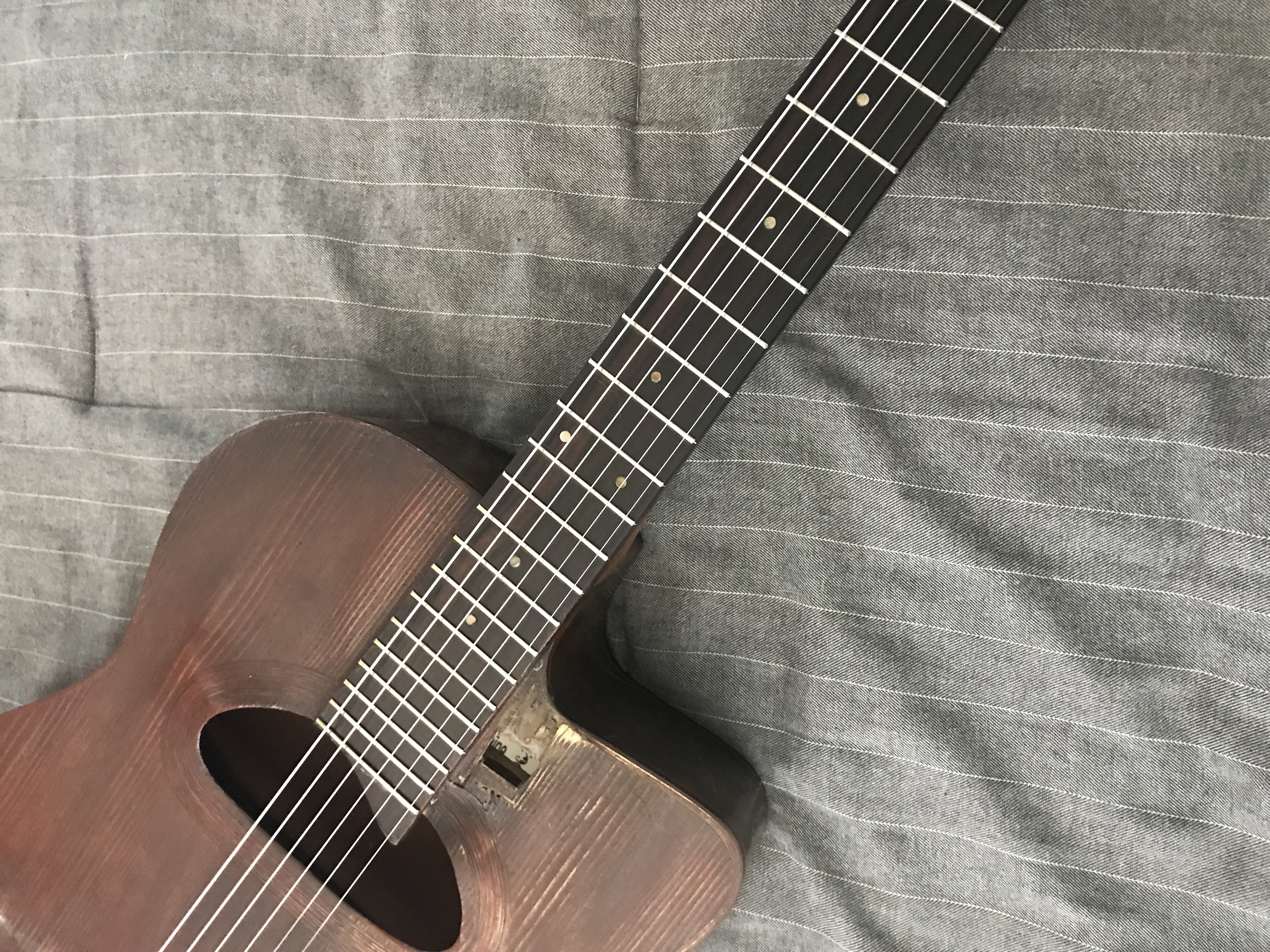