Why the heck would you want to sound like Django 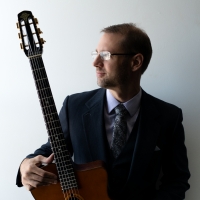 kungfumonk007 ✭✭✭✭
December 2011 edited December 2012 in Welcome Posts: 410
Okay - so I'm posting youtube lessons for HOMESCHOOLED KIDS, am only up to the 10th lesson, have only covered 1 scales so far (natural minor), and I have seasoned/professional gypsy guitarists criticizing my sound as not sounding like Django/Manouche. Excuse the rant but. . .

Why the heck would you want to sound like Django? First you never could, only Django sounds like Django, and second if I wanted to listen to Django, I'm not going to listen to some dude trying to sound like Django, I'm going to listen to the real Django! Jimmy doesn't sound like Django, he sounds like Jimmy. Birelli sounds like Birelli, Joscho sounds like Joscho and none of them sound like eachother. Really is it everyone's goal just to be able to produce the same sound, the same style, playing the same songs???? The only reason why anyone would want to listen to you is if you are doing something that has both ORIGINALITY and NOTEABILITY! That doesn't mean you throw away the past or don't learn from those who have gone before you. It just means you don't turn Gypsy Jazz into a stagnant snotty style where everyone sounds the same and plays the same songs over and over again and gets critical of anyone who steps out of bounds. I LOVE gypsy jazz but it is getting stagnant because so few are stepping out of bounds.

Note: Django sounded like NO ONE before him. That is one of the things that made him so great. He was influenced by Debussy, and Bach, and Ellington but he didn't just imitate them, or even try to. So really if you wanted to play like Django you would have to carve out your own sound, not just imitate him. 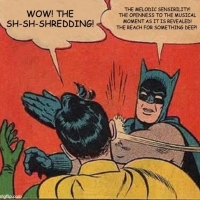