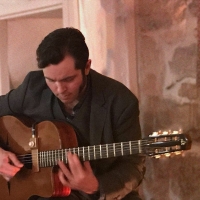 Jack NYC New
January 2013 edited January 2013 in Guitars, Strings, Picks, Amps, Pickups and Other Accessories Posts: 18
Whats up guys....i've been playing guitar for 28 years, playing gj for about 7 years, i started on a regular acoustic, then i bought a used gitane dg250m for like $450.... I hated that guitar, the sound and feel, it was a nice looking guitar though. For the last 4 years my main guitar has been a gitane d500 mac copy....i love this guitar, the sound, the short scale, the neck shape...etc...i play lead in my trio and would like to upgrade my guitar situation....i prefer the d hole, and the short scale, but i would like a 14 fret guitar, with american fret markers like the d500...i dont know if i should go with a high end production model, or go custom....if i went custom i would like to use an american builder. Any advice would be appreciated. Thanx
Share on FacebookShare on Twitter
«12»