Eastman A powerful Gypsy guitar with a stunning classic finish! Arts & Entertainment > Hobbies & Creative Arts > Musical Instruments > String Instruments > Guitars > Acoustic Guitars eastman-dm1-classic DM1-CLA 5.0 2
Kevin
5 5
Super fast delivery and superb customer service!
Michael
5 5
Review of Eastman DM 1 Classic I have had the guitar for two weeks now, so I am past the point of just enjoying a new voice—before discovering the limitations. So I want to say at the outset that I am as delighted with the guitar as I was at first. It is an exceptionally responsive, lively, loud (and rewards being played loud) instrument with good sustain. So that’s how they played without amplification. The guitar, in spite of its price, has the strong compelling voice that attracted me t...
1065.00 DjangoBooks.com https://www.djangobooks.com/Item/eastman-dm1-classic
Location
Location
Home / Guitars / Gypsy Jazz Guitars: Asian Made / Eastman Gypsy Guitars / Eastman DM1 Classic 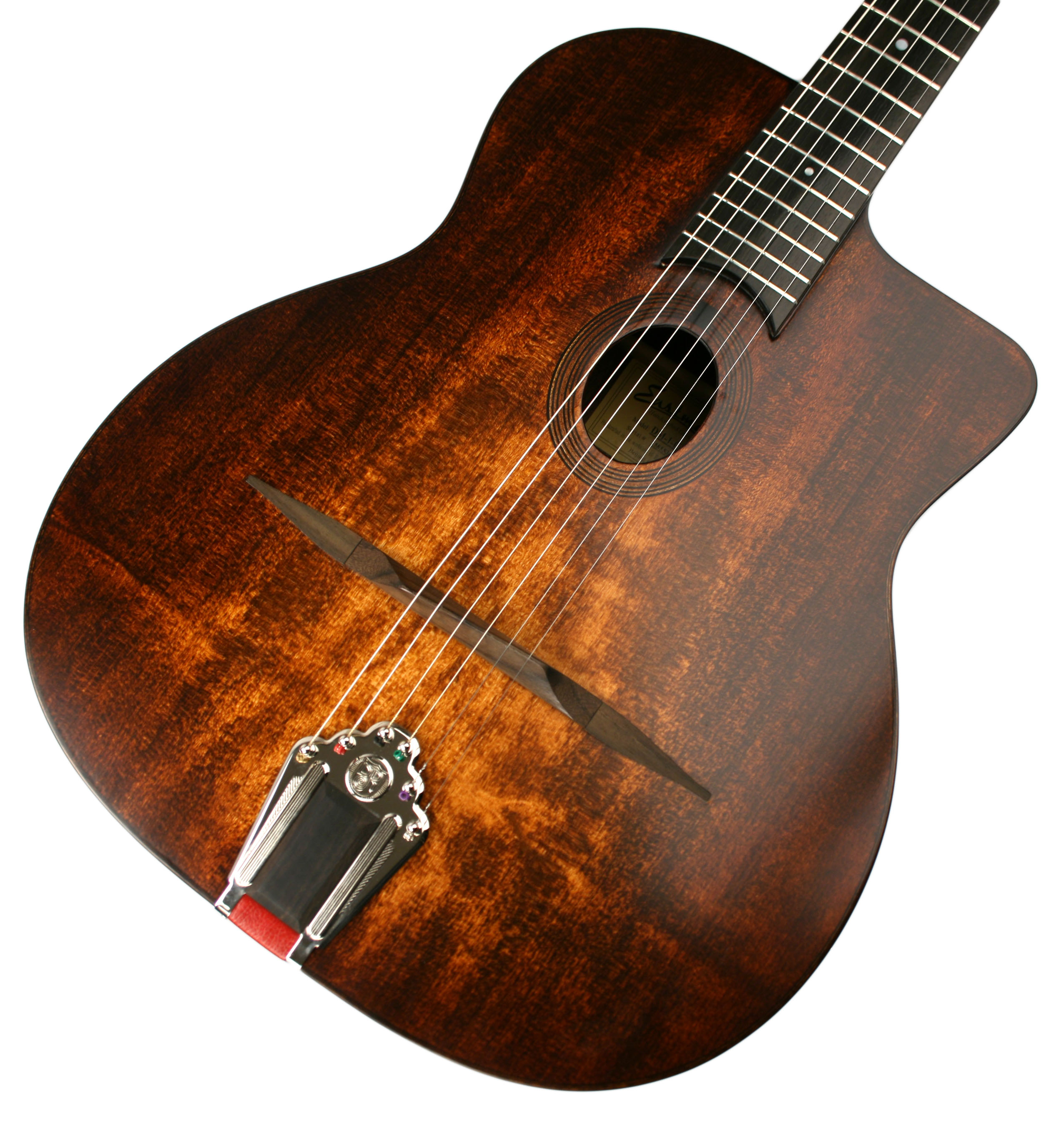 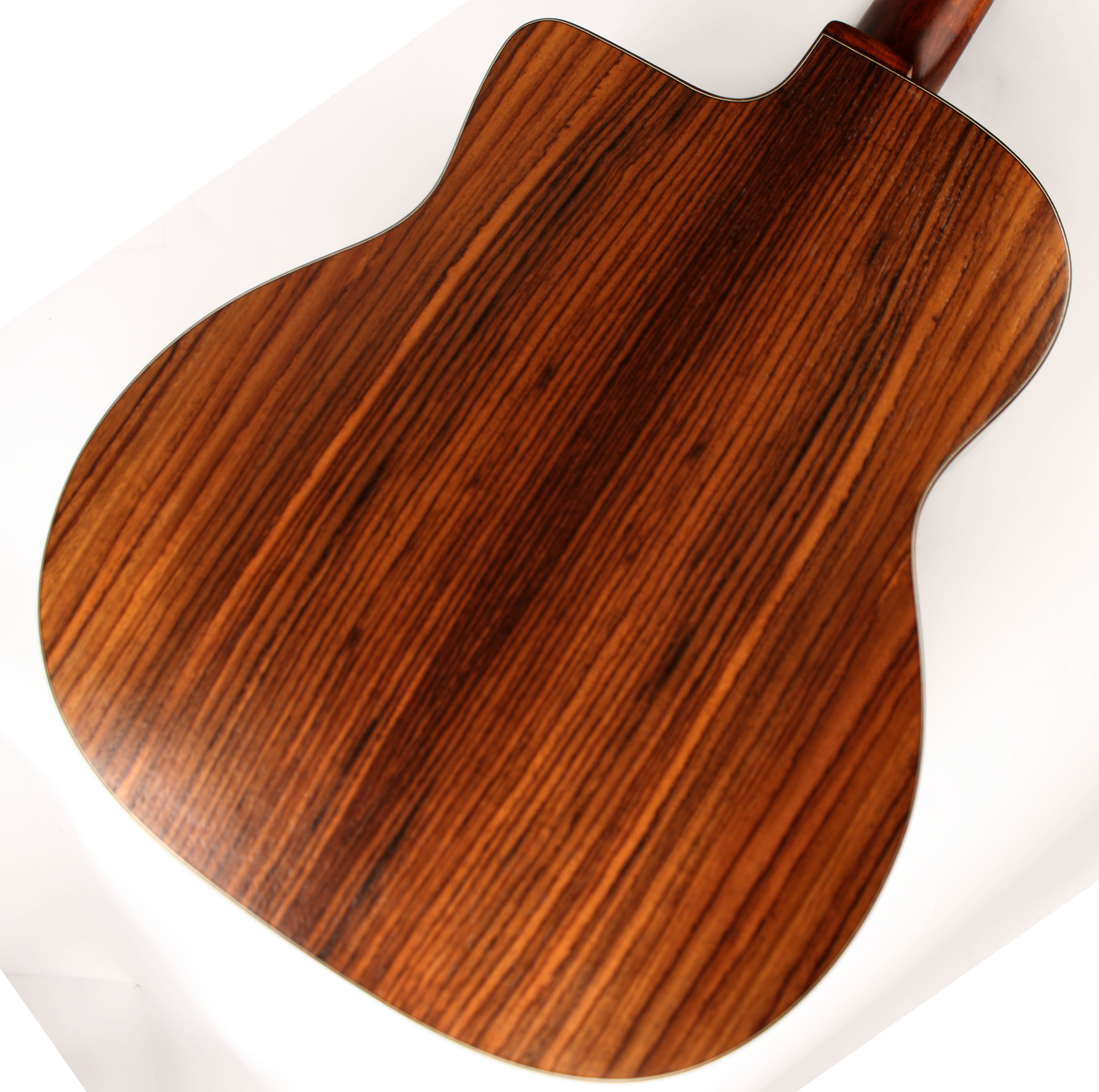 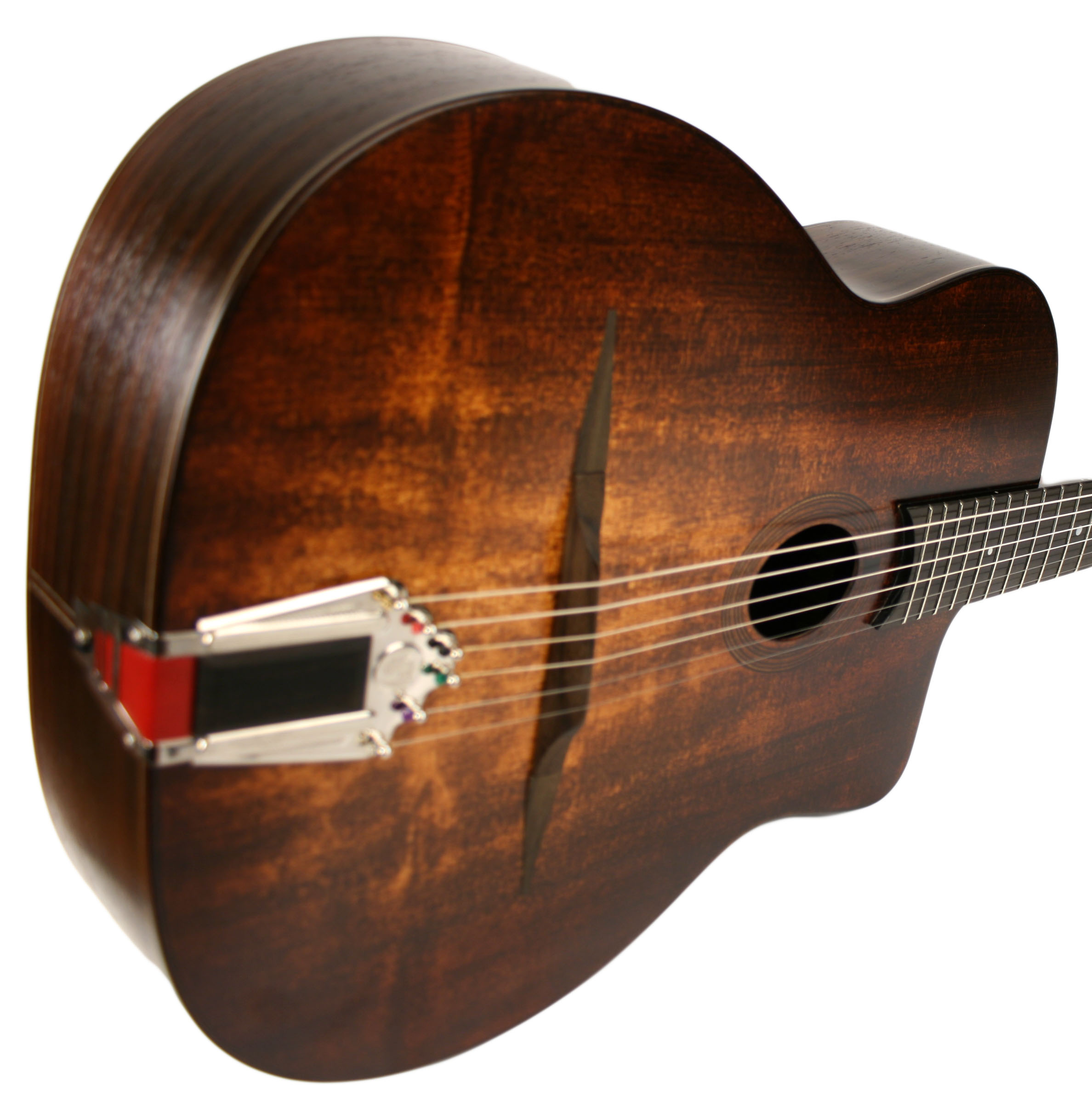 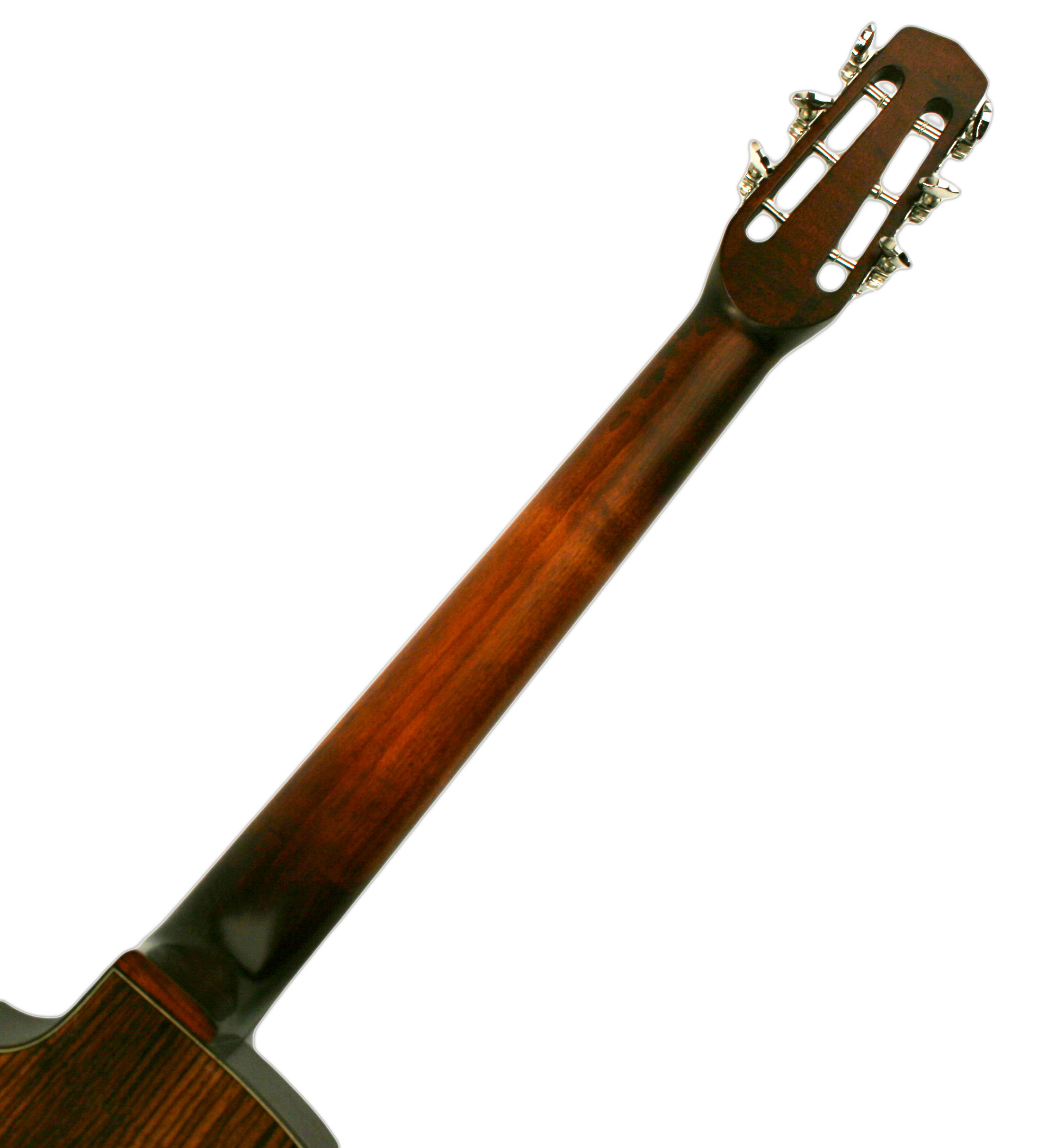 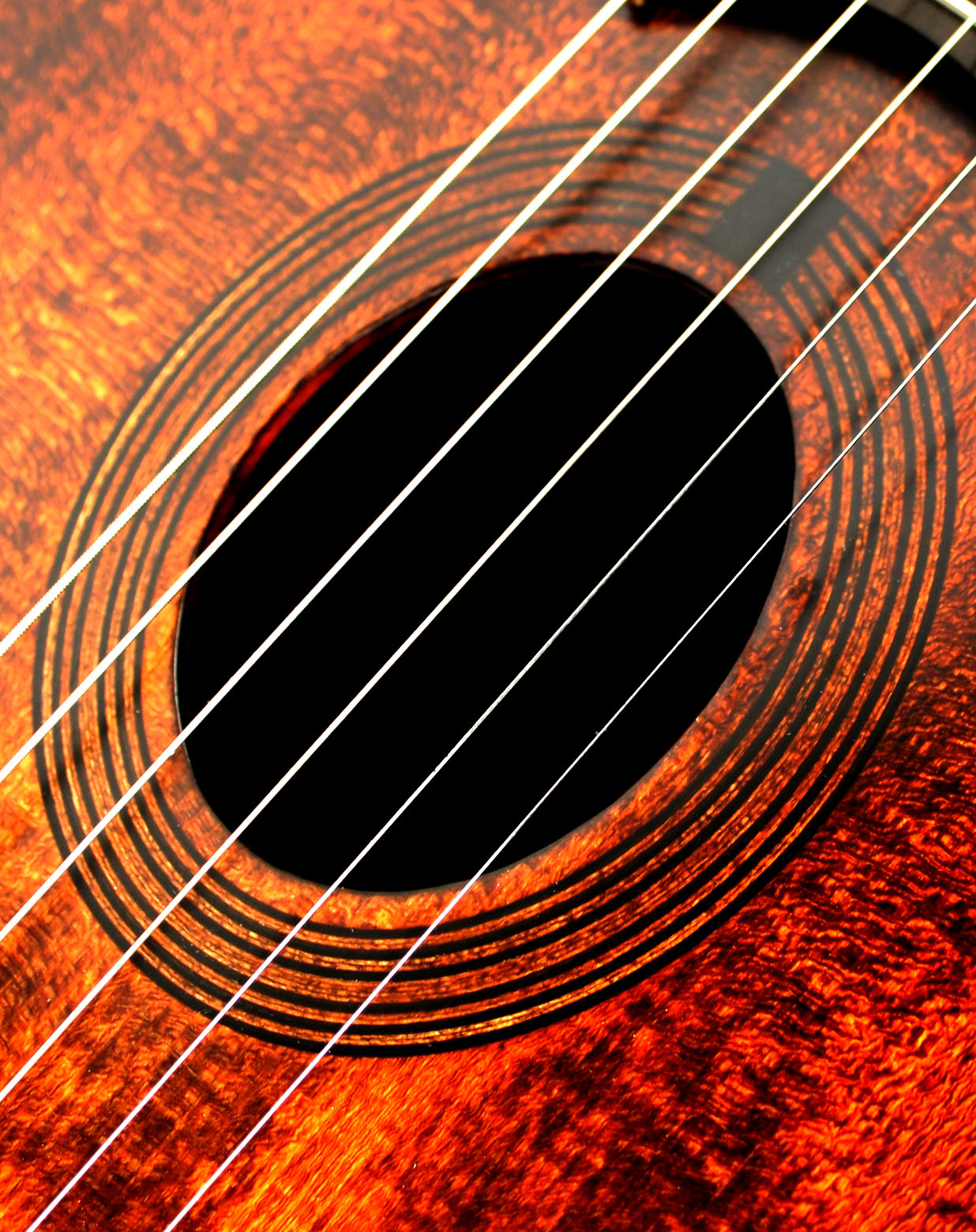 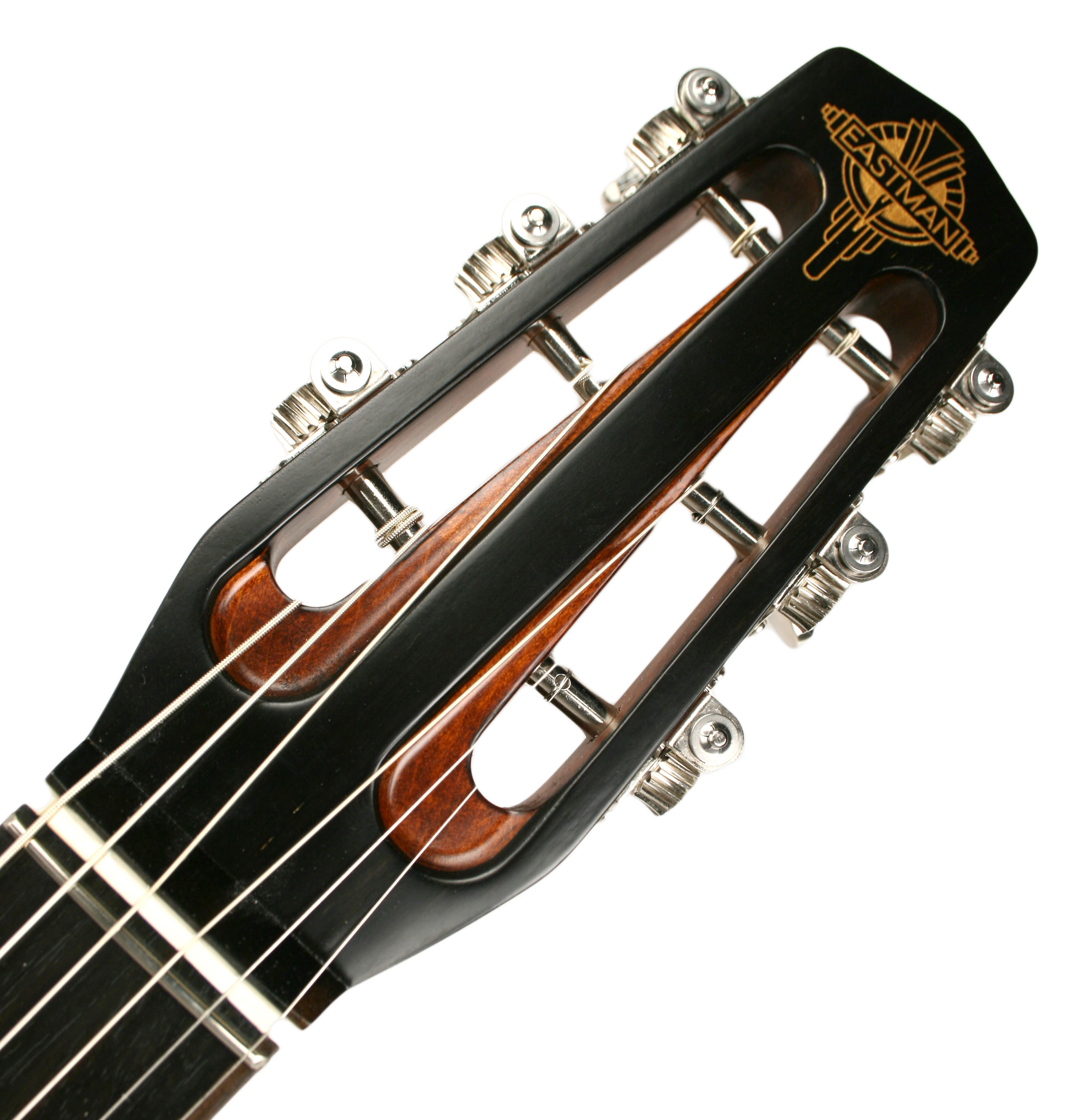 Eastman has long been admired for their premium quality archtop and flatop guitars. After a very long wait, we're excited to announce that Eastman now has a Gypsy model that meets their exceedingly high standards! Designed and produced in conjunction with the veteran Gypsy guitarist Doug Martin, the DM1 Classic is largely based on Selmer's classic petite bouche model that was made famous in the hands of Django Reinhardt. The specs of the DM1 Classic closely mirror that of Selmer's original design, including the 15 3/4" body, 670mm scale length, spruce top, and Indian rosewood back and sides. Additionally, the neck is maple and the instrument is outfitted with a set of nickel Gotoh tuners and a nickel tailpiece. The DM1 Classic features Eastman's stunning classic finish!

The DM1 Classic is a Powerful Instrument with Professional Capabilities

Developed to meet the needs of the professional Gypsy jazz musician, this instrument produces the exceptional volume and traditional tone that are required for the genre. The acoustic volume this instrument produces is particularly noteworthy, as it is easily the loudest instrument available in the sub $2000 price range. Tonally, it is quite aggressive and "old school" in character, evoking the raw sound that was commonplace in the smokey Parisian clubs and campfire jams frequented by the Gypsies of yore.
As one would expect from Eastman, this instrument is perfectly setup out of the box and plays easily with 3mm action. The fit and finish is characteristically meticulous as Eastman's QC team carefully weeds out instruments with even the smallest imperfections.

For those who like to use magnetic pickups such as the Stimer or Peche a la Mouche, you'll be happy to know that the DM1 Classic has a significant neck angle which provides the required top clearance for these types of pickups. Occasionally, the very highest frets may fret out, but for the most part this guitar is compatible with top mounted magnetic pickups, a rarity in this price range.

A padded gig bag is included.

Never before has such a quality Gypsy jazz guitar been available at such an affordable price!

Review of Eastman DM 1 Classic I have had the guitar for two weeks now, so I am past the point of just enjoying a new voice—before discovering the limitations. So I want to say at the outset that I am as delighted with the guitar as I was at first. It is an exceptionally responsive, lively, loud (and rewards being played loud) instrument with good sustain. So that’s how they played without amplification. The guitar, in spite of its price, has the strong compelling voice that attracted me to gypsy style guitars, and works well, at least as well as I can manage, on Django transcriptions (from the Horowitz book) and the American Songbook (using Galbraith transcriptions), and just playing whatever comes into my head. I have been playing it fingerstyle as well as with a pick. It seems at home with Tangos played finger style. Bach next? I had concerns over the long neck, which I don’t notice (and I have been playing a short scale guitar); that it would require a pick to pull out its strengths, which has not been the case (although I use the thumb or thumb and forefinger for single note passages), and that the bass would be weak. Listeners comment on the strong bass, I just find it balanced, emphasizing mids. For comparison: I had been mostly playing a Taylor K22 (my fourth Taylor) for the last six or seven years, an exceptionally balanced guitar, but by comparison a subdued one, and while having a lovely tone in the treble, making me work to get the volume I want. This is not to say I haven’t loved playing the guitar. But the more I have listened to Gypsy jazz and worked on Tangos the more I wanted something more powerful and able to be raucous. I also played an Eastman archtop for a few years but it had too little sustain for my playing. Anyway, although I have not played other instrument of this type, it stands up well the to much more expensive guitars I have been playing, and more to the point, I love playing it. I made the purchase by phone, speaking to Michael, which was a pleasure. (Also the post office mistakenly charged me for postage due, which he is refunding.) Michael Raskin