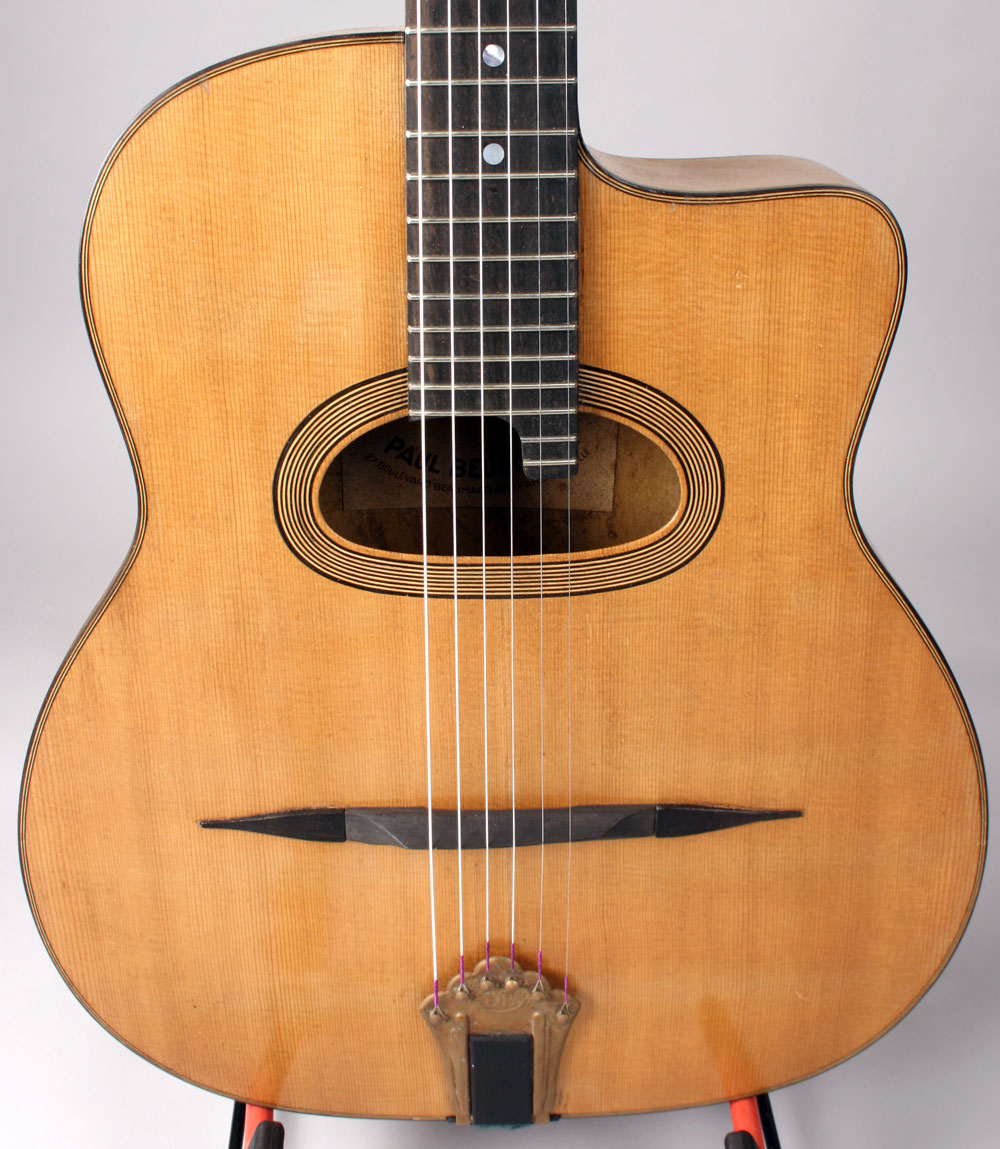 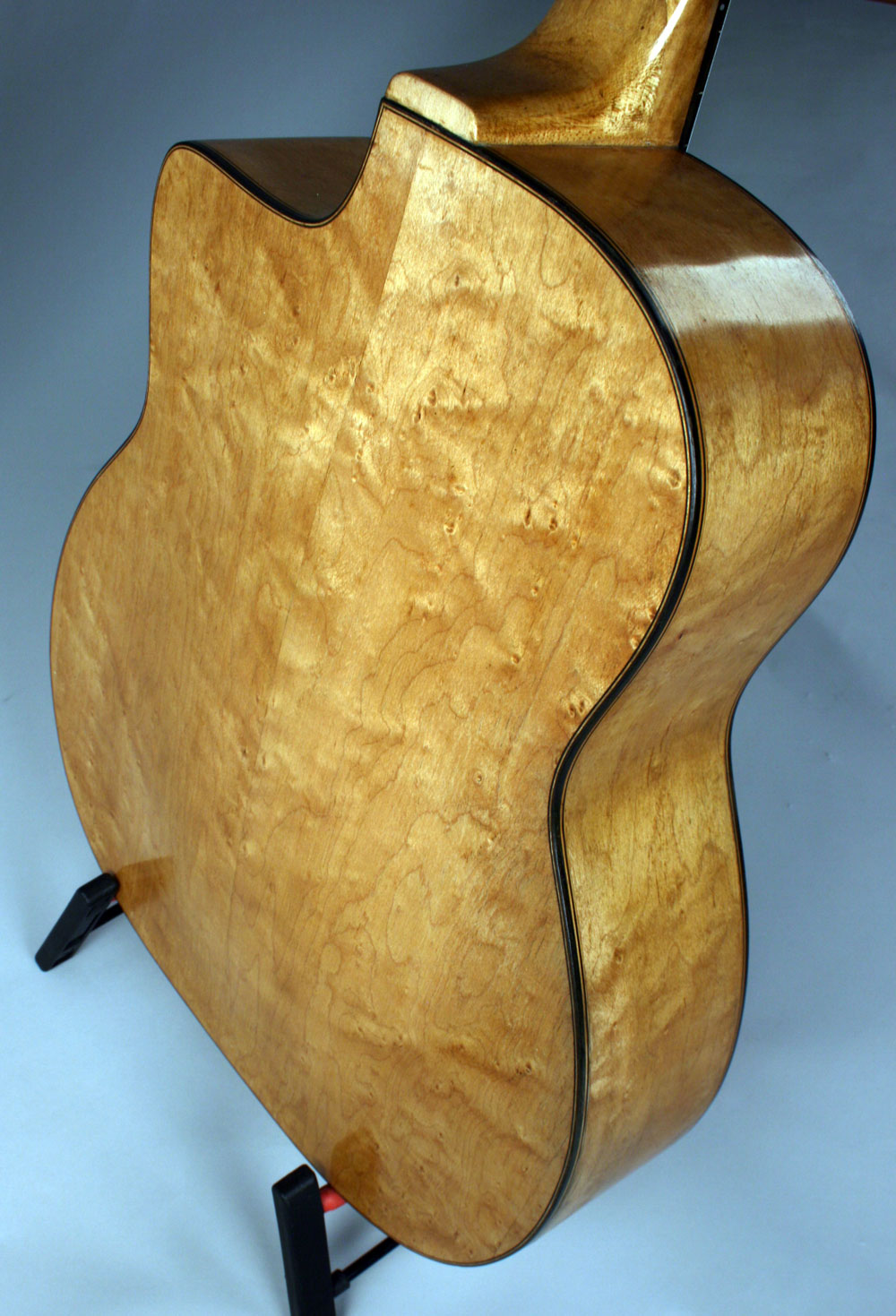 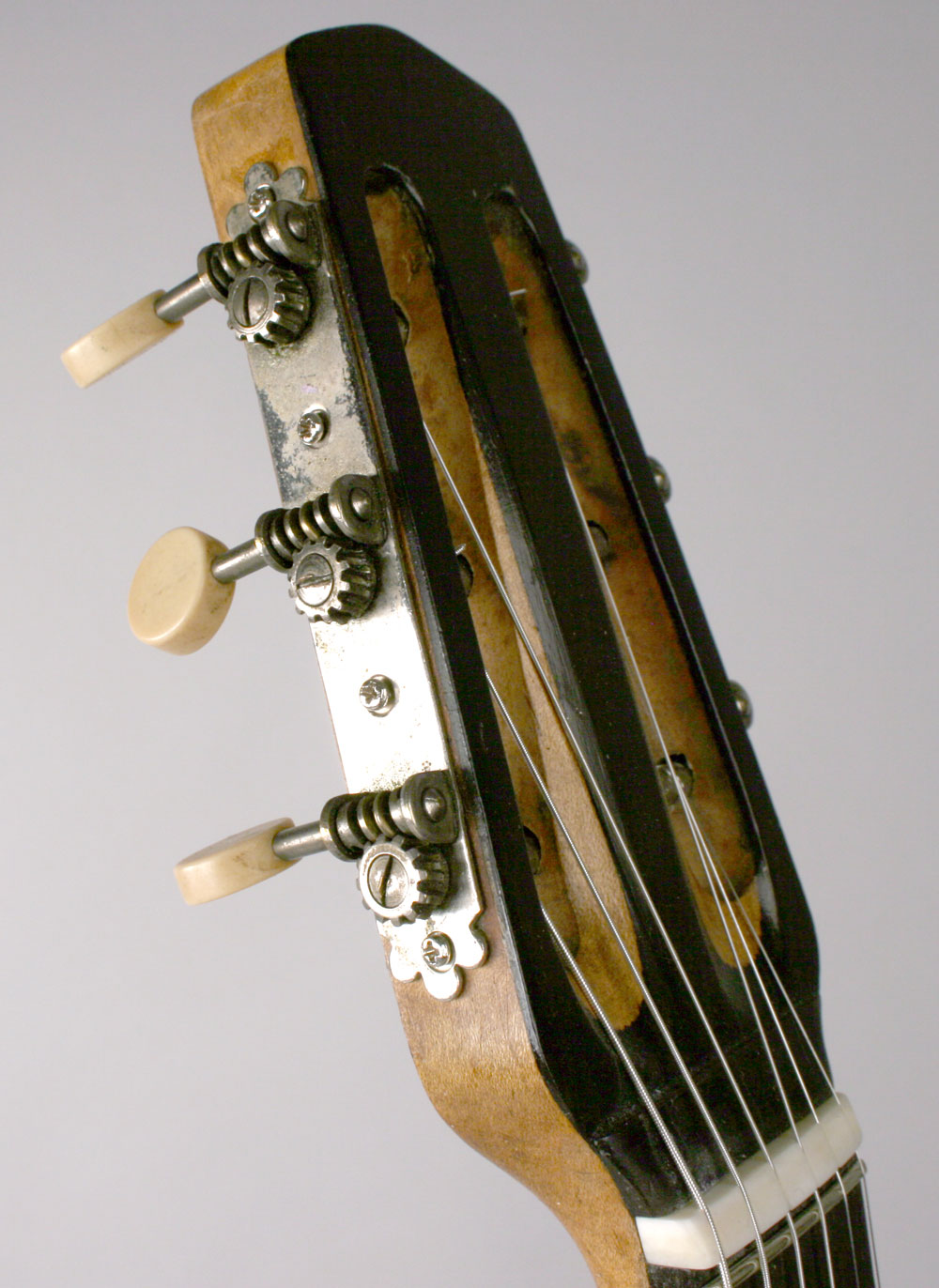 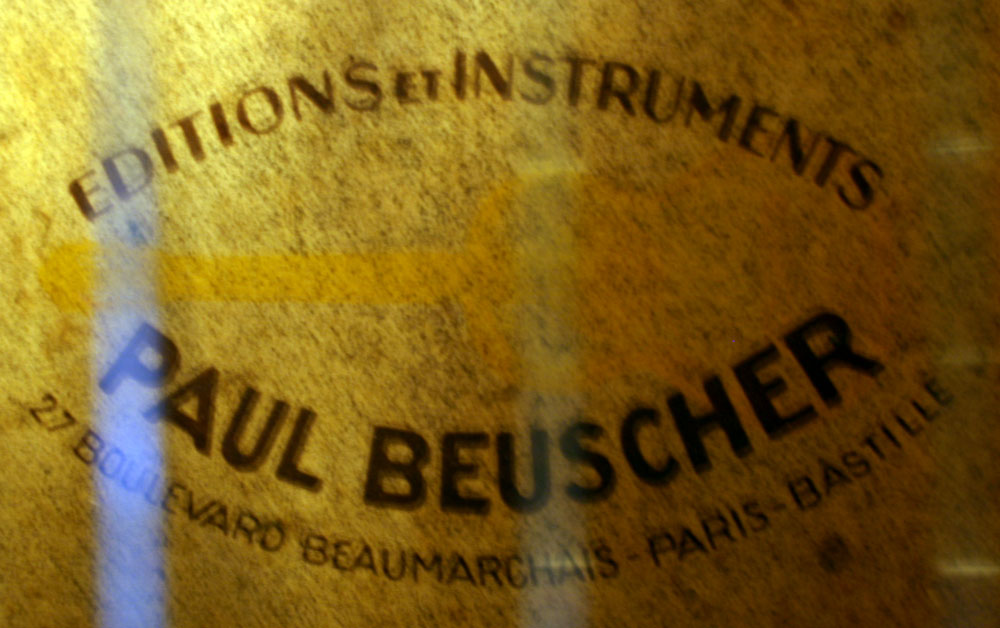 While many of Beuscher's guitars are easily identifiable as Favinos or Castelluccia's, this one is a little harder to pin down. First off, the workmanship and materials are of a higher caliber than that of the more commonly seen Beuscher models which tend to be more roughly built. Also, the design and workmanship don't clearly match that of any of Beuscher's usual suppliers. The neck, headstock shape, and heel are very reminiscent of Favino. The bent, braceless back; solid lining; and cleated center seam are common among Castelluccia's work while the five brace top and 16 1/4" body size are more typical of Busato. Generally speaking, this instrument shows the usual characteristics of the "Sicilian school" of building (i.e. Busato, Di Mauro, etc) and was probably built by someone who was an apprentice of one of the more well known Sicilian luthiers.

Regardless of it's provenance, it's clear this instrument was one of Beuscher's flagship models as it was constructed form some of the finest materials available at that time: birdseye maple back and sides, European spruce top, and a solid maple neck. Even after half a century this guitar still looks stunning and wouldn't look at all out of place in a lineup containing some of the exquisite work of today's top luthiers.

Not surprisingly, this instrument sounds even better than it looks! As you'd expect from its Busato like body, this instrument has a tone very reminiscent of Busato's D hole guitars which are known for their clear, strong fundamentals and exuberant projection. This is one of the well conceived D hole designs that doesn't allow the increased bass of the larger soundhole to overwhelm the highend response of the instrument. Perfectly balanced, this guitar produces big, fat sounding chords along with rounded, well defined lead lines that are smooth yet poignant. In essence, this is like getting one of Busato's best sounding guitars for less. It's very rare I come across a guitar with tonal refinements this one posses in the sub $10K range, even rarer in the sub $5K range. Easily the most tonal bang for the buck in the store!

This instrument has been very well taken care of over it's long life. There are no cracks or other serious damage. It recently had a neck reset, new frets, new fingerboard, and a new bridge installed. As a result, it plays like a new guitar with very supple 2.8mm action.

This instrument is a great choice for both the vintage guitar lover and the practical minded player as it has the character and vintage tone of a mature instrument while having the price and playability of a new guitar. It's tough to go wrong with this one...