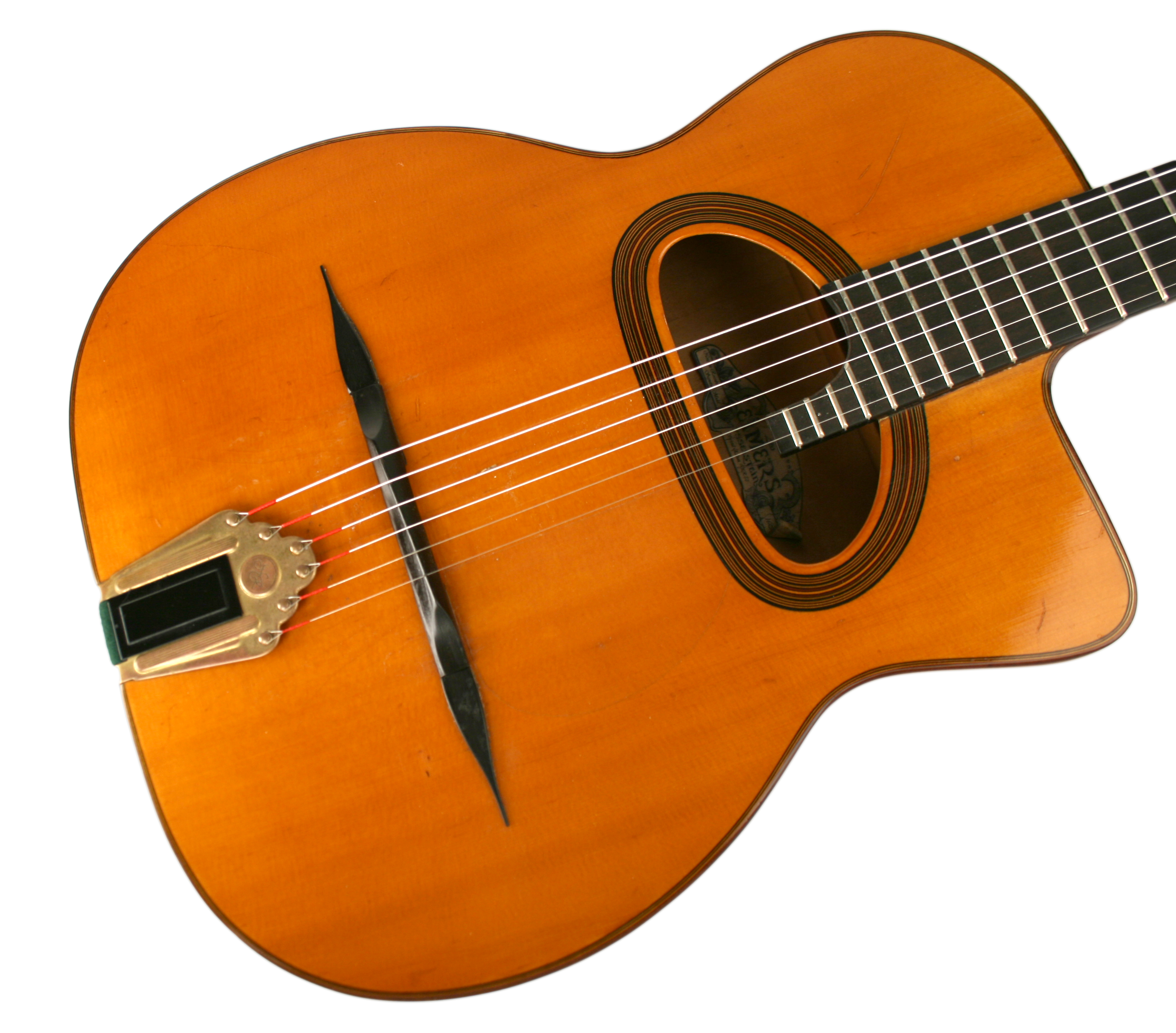 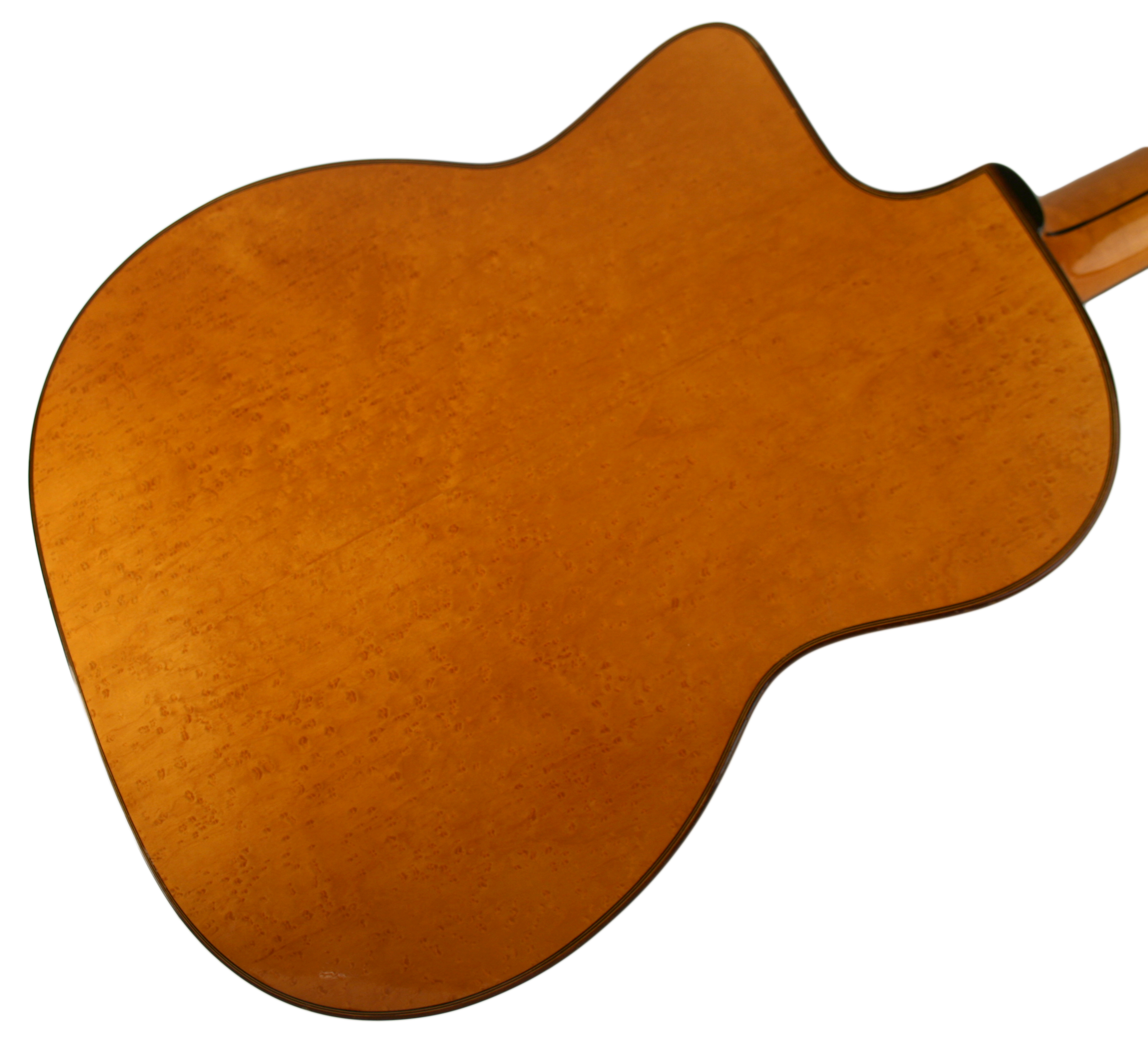 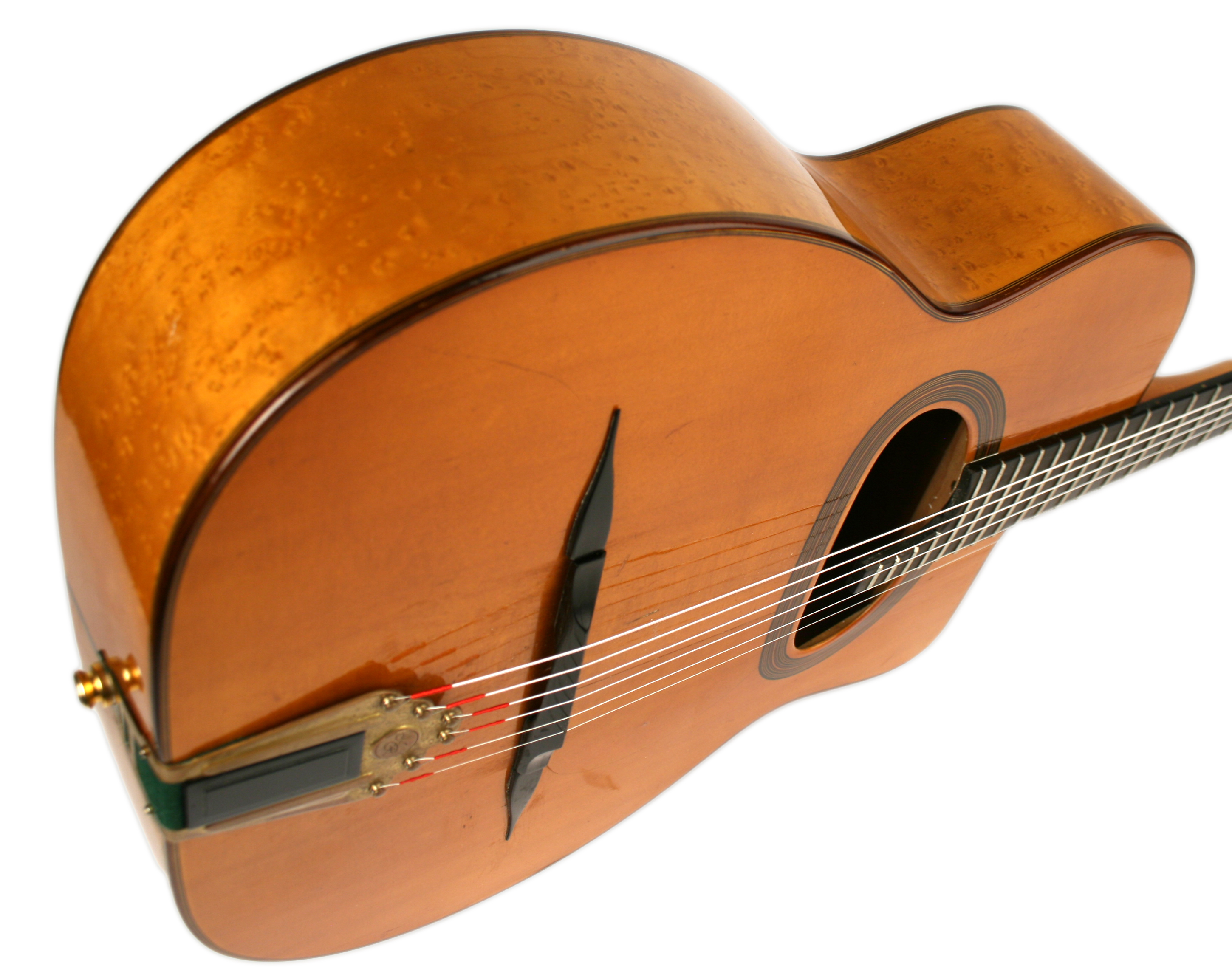 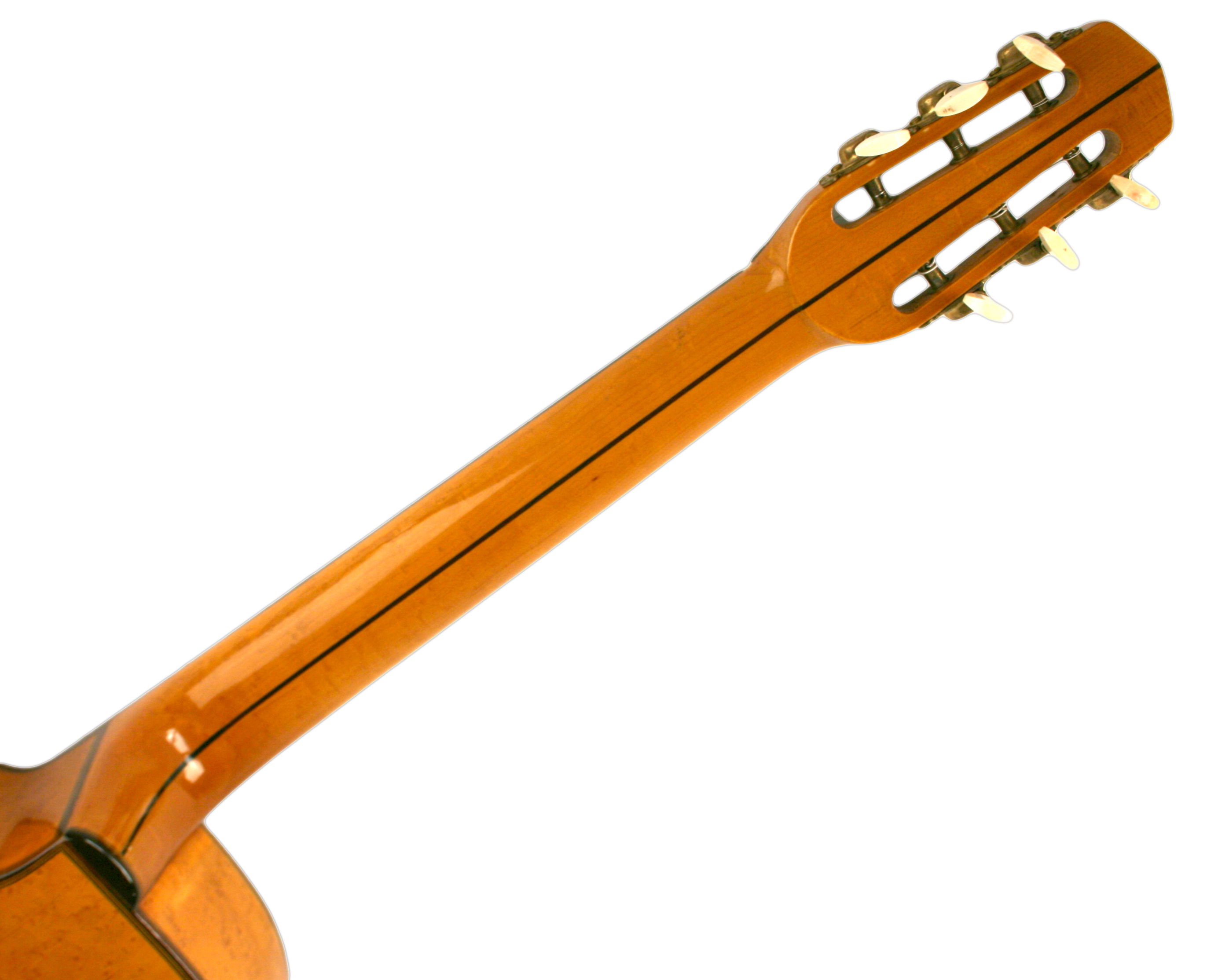 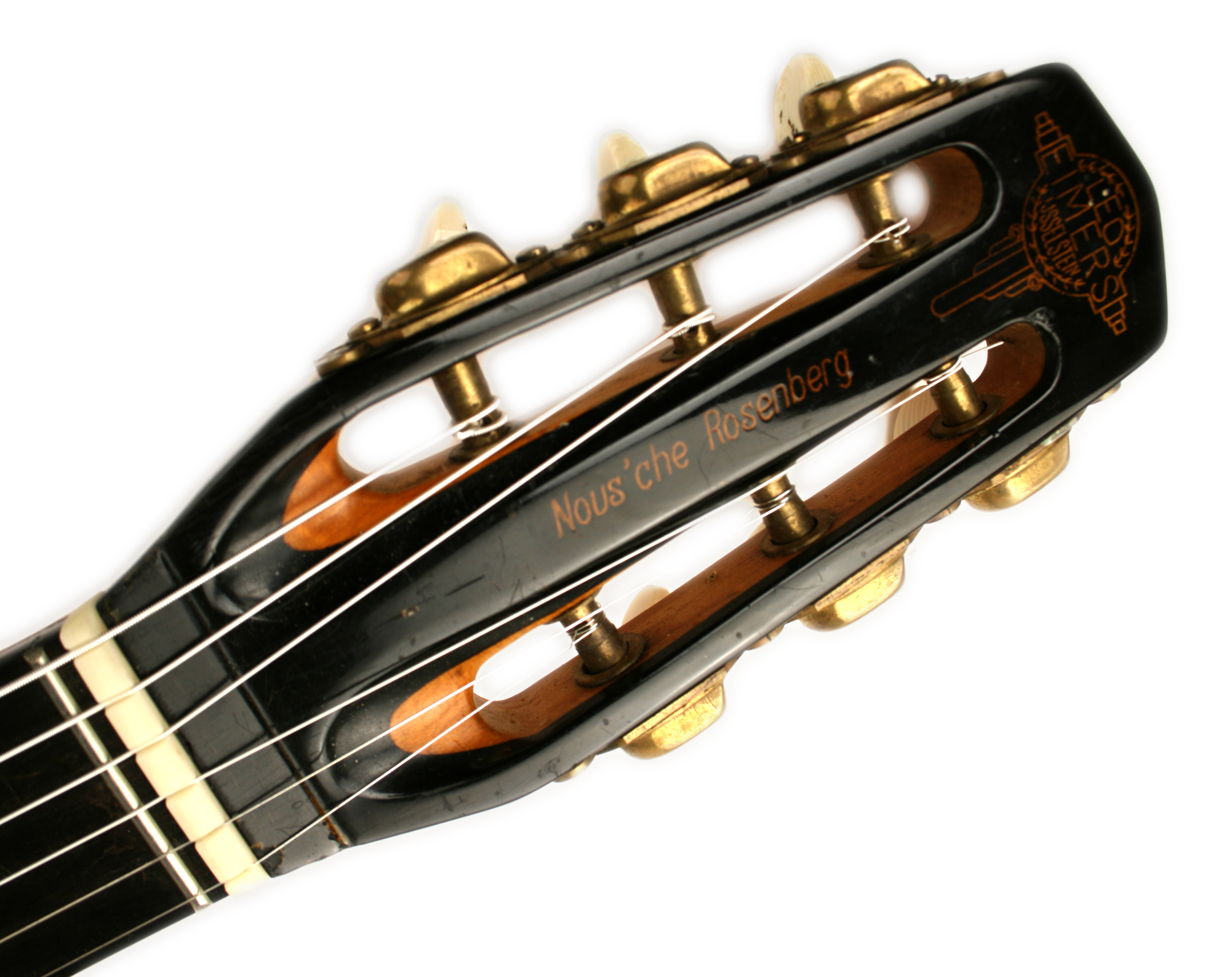 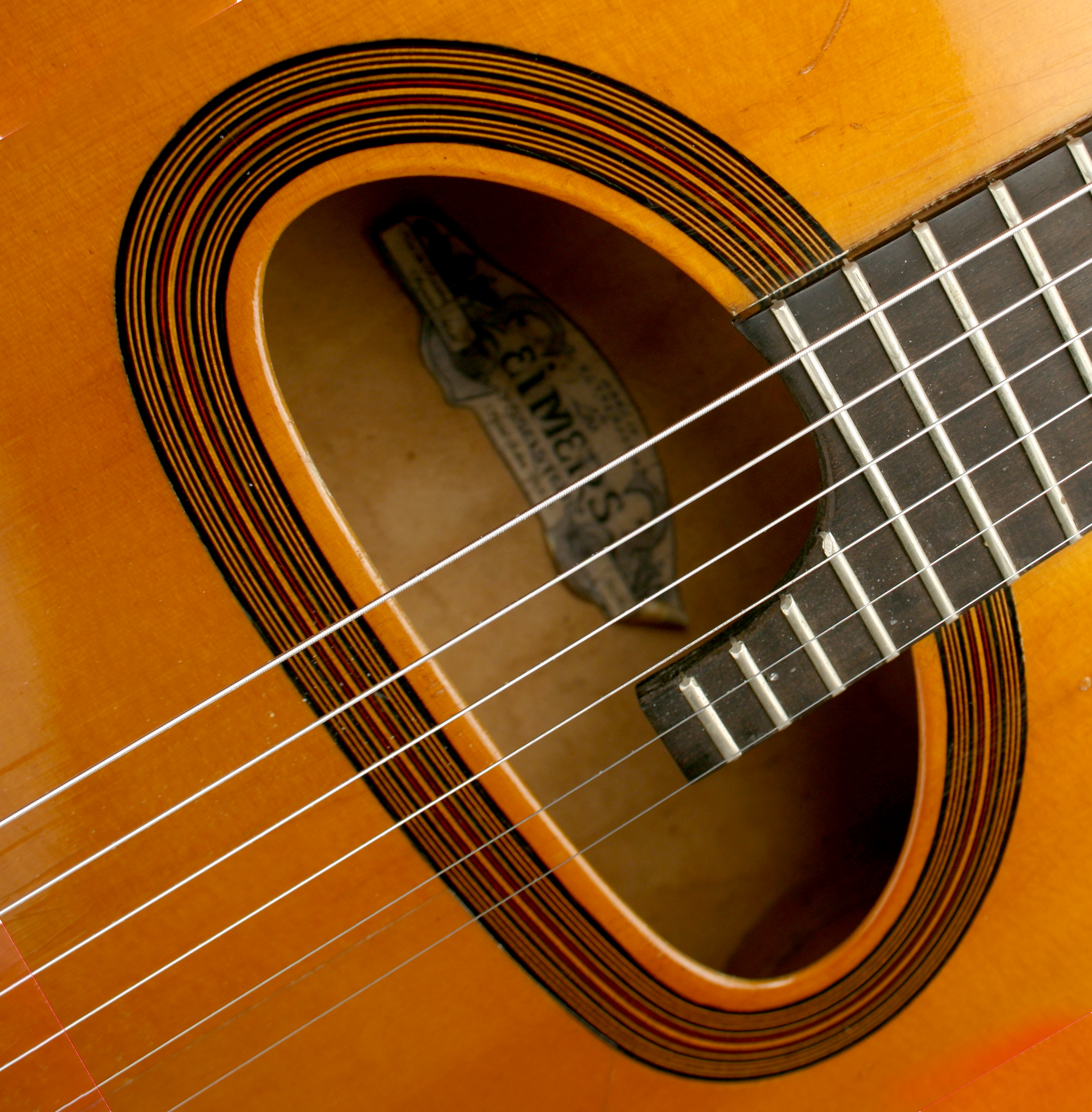 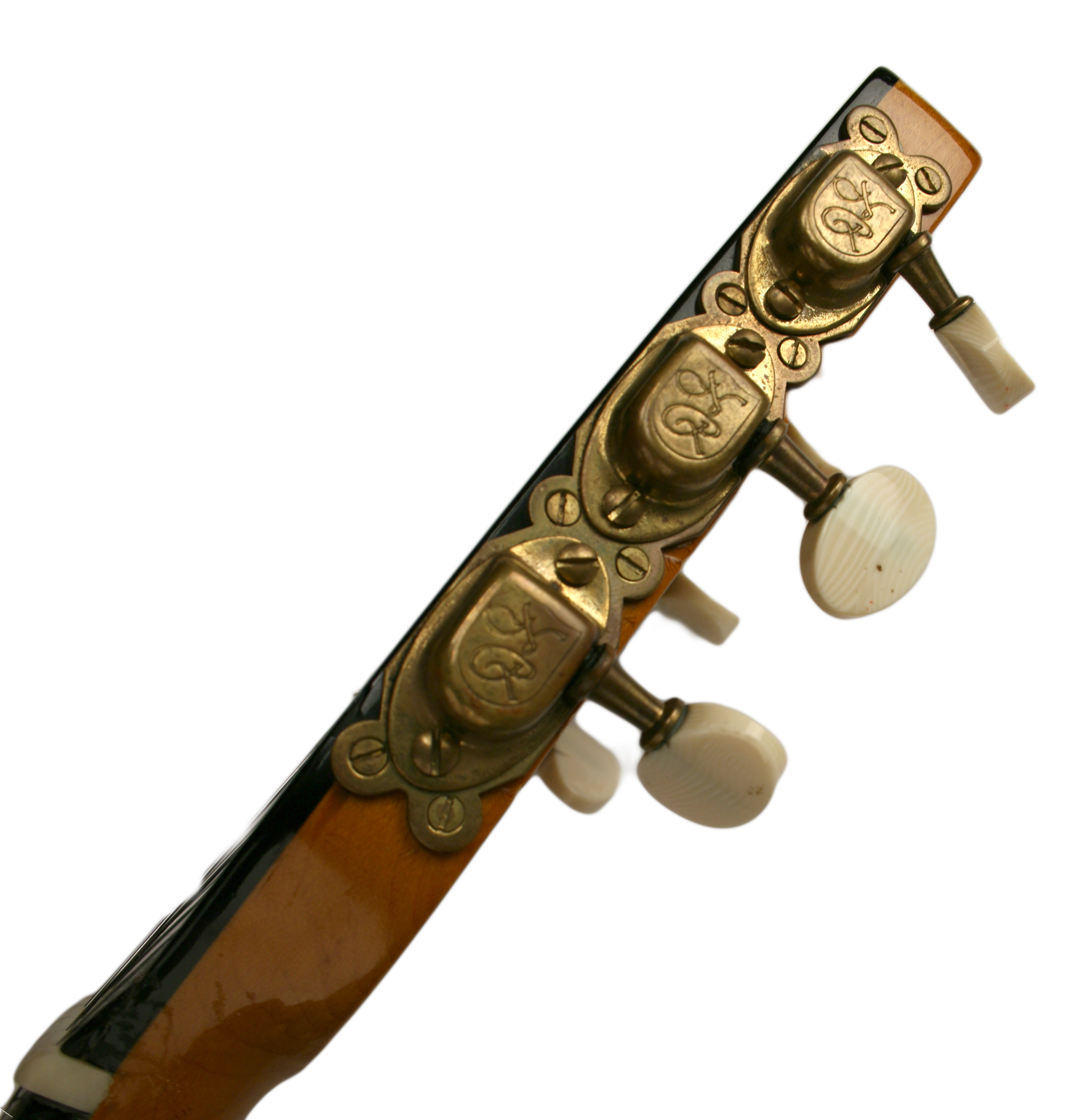 Over the past decade Leo Eimers has been one of the prominent builders of Selmer Maccaferri guitars in the Netherlands. Based in Almere, just outside of Amsterdam, Eimers builds his instruments entirely himself by hand. He is particularly well respected as a student of "Golden Age" luthiers such as Maccaferri, Selmer, Busato, and Favino. He uses his knowledge of these luthiers to build some of the most authentic and well constructed Selmer copies available. His instruments have been used by many professionals over the years, most notably Stochelo and Nous'che Rosenberg of the Rosenberg Trio, Robin Nolan, Boulou Ferre, and Wawau Adler.


This guitar was built expressly for Nous'che Rosenberg and used by him on countless performances and recordings most notably the 2003 CD/DVD Live at Samois.

This instrument  is in very good condition with no  major structural problems. It does have various dings and scratches as well as some light finish checking. It did have a bigtone pickup at one point, but that was removed leaving only the access hole in the top.