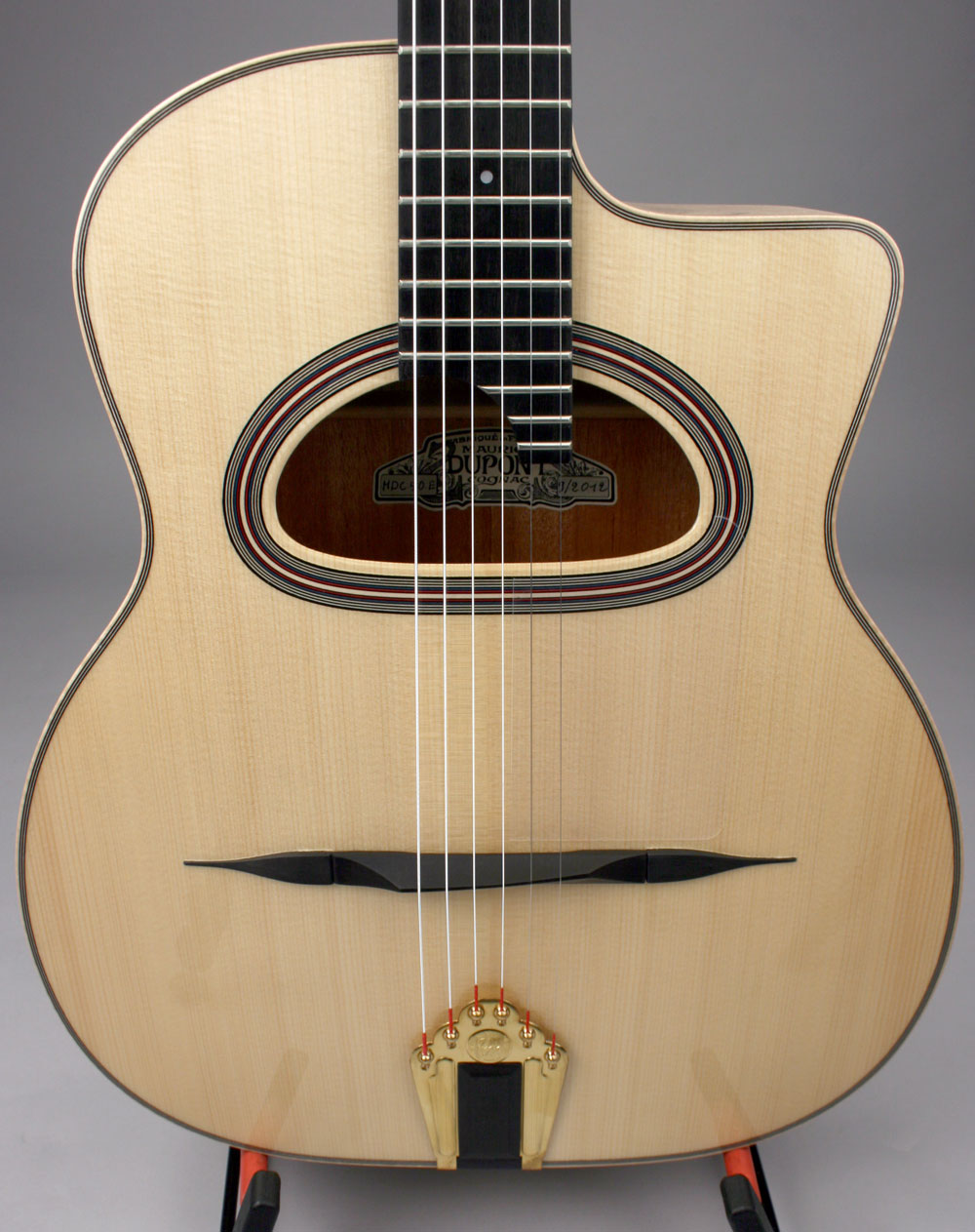 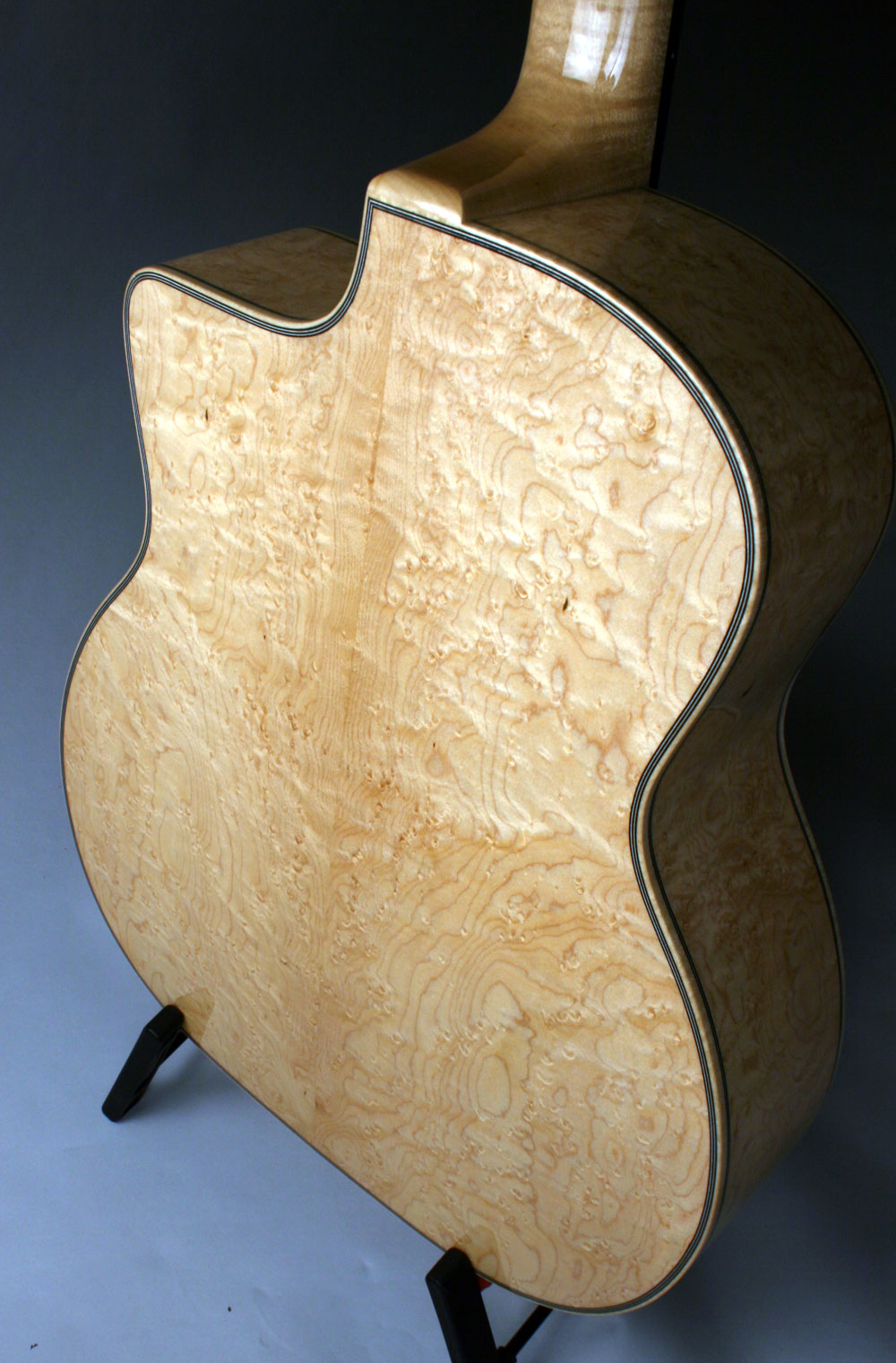 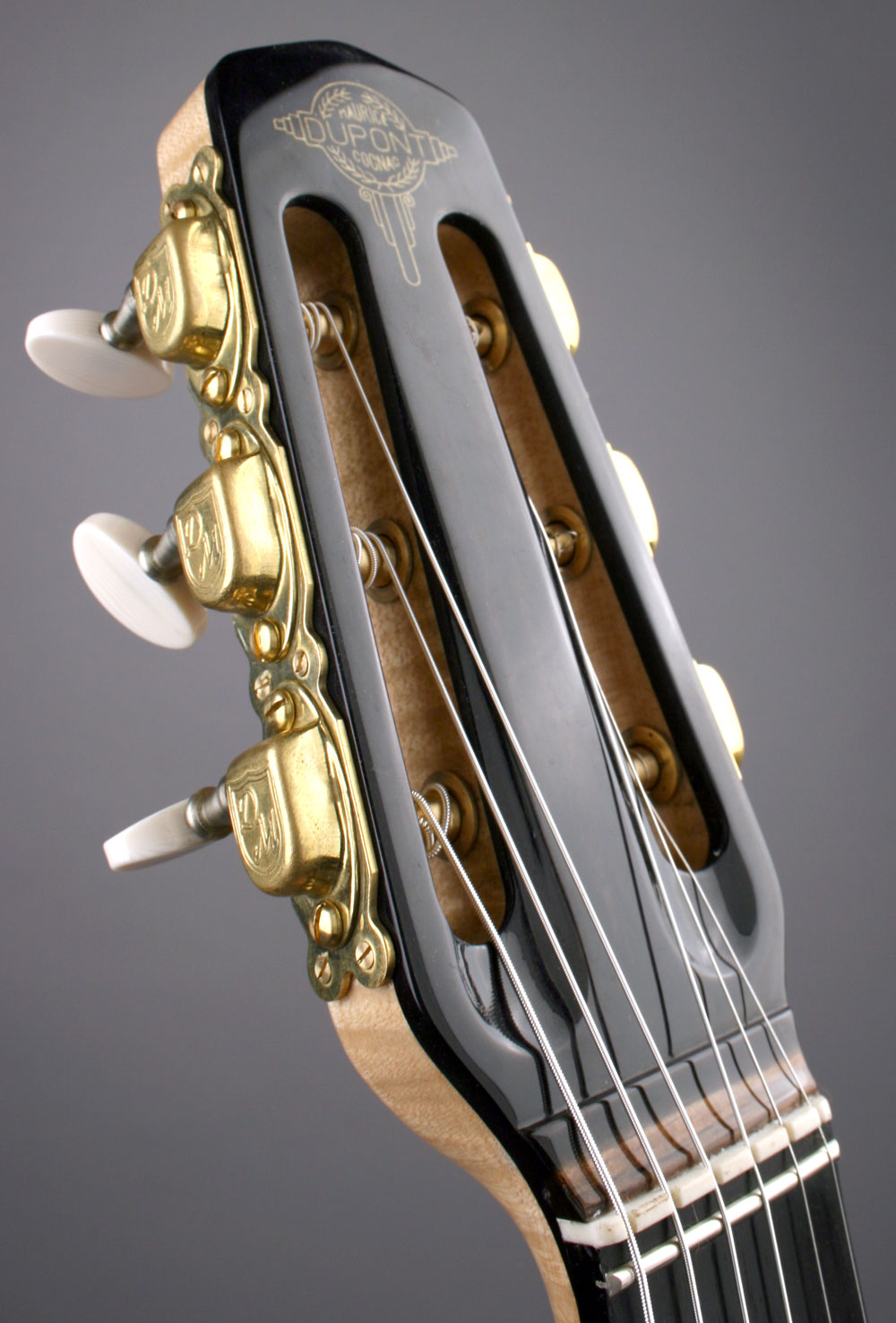 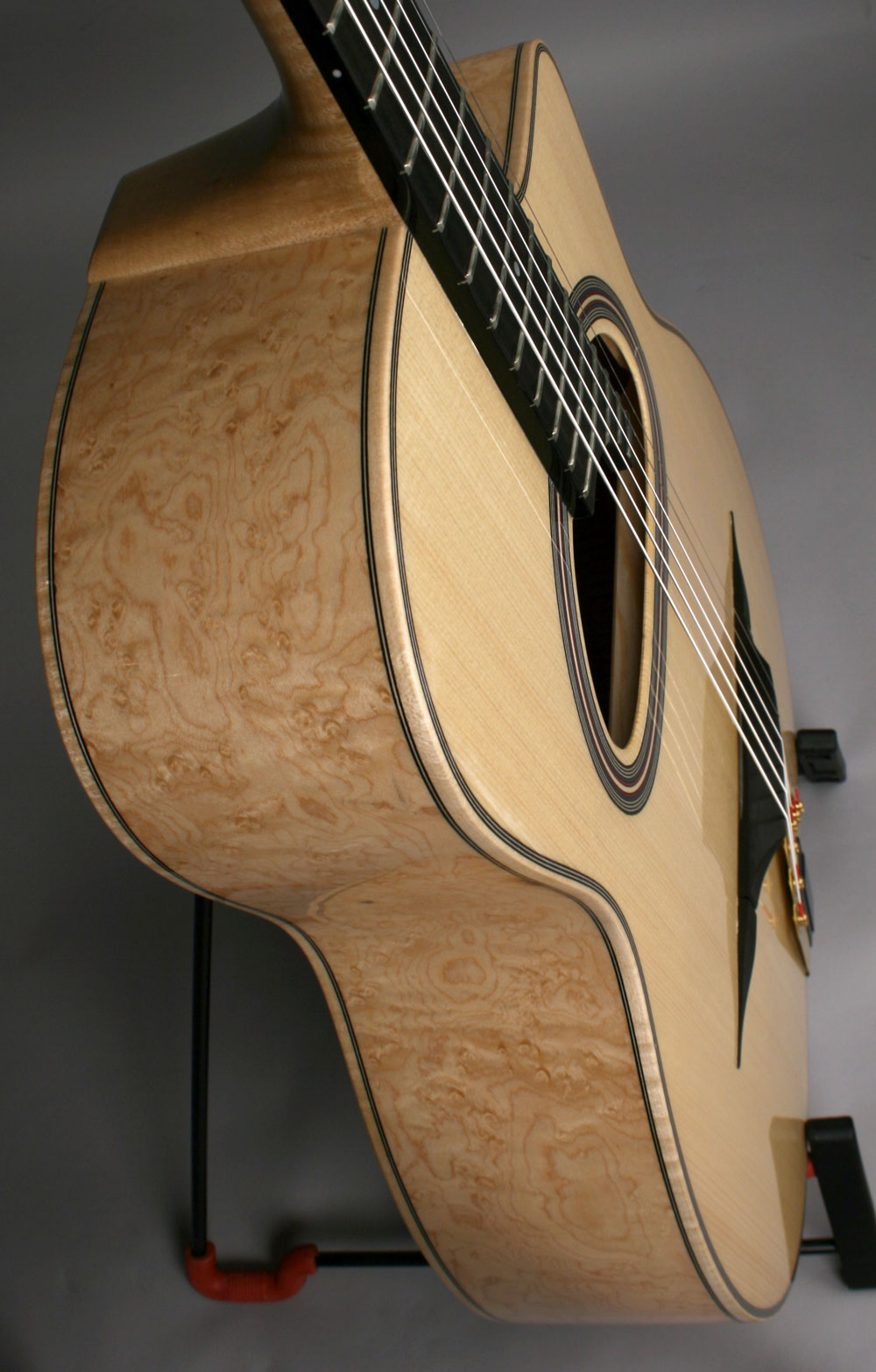 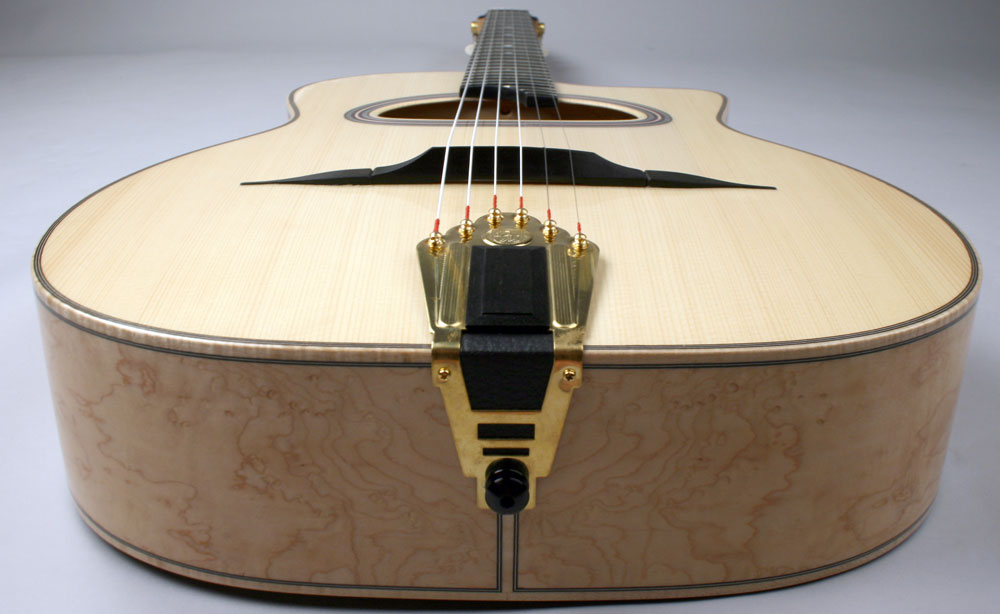 Follow Us Follow Us Follow Us Follow Us
Submit a Review
2012 Dupont MDC-50E
Maurice Dupont has long been one of the most respected luthiers in France and one of the first contemporary makers to specialize in producing the Selmer Maccaferri guitar. Maurice first gained recognition as a builder of classical guitars and in 1989 was bestowed with the honor of "Best French Craftsman." Maurice was an apprentice of the legendary Gypsy guitar maker Jacques Favino, and in 1986 he began building his own Selmer style guitars which quickly became the most popular choice of professional Gypsy guitarists. Countless Gypsy stars including Raphael Fays, Biréli Lagrčne, Tchavolo Schmitt, and Romane have played Dupont guitars which appear on hundreds of recordings.

This guitar is nothing short of a maple extravaganza! It features gorgeous birdseye maple back, sides, and neck...and has maple binding as well! Too beautiful for words....this thing just glows in your hands. The top is European spruce and the fingerboard is ebony. It has been fitted with a set of sharp looking closed DM tuners.

I had ordered this same maple model last year and it was one of the best Duponts that had ever come through the shop.  I was curious to see if this was just a fluke or if there's something unique about Dupont's maple 14 fret D holes. So I ordered another one and sure enough, the tone and projection of this one are off the charts! Very balanced with lots of "Wow factor." Its got loads of projection with a bit of openness to the tone. Complex and interesting....would be a perfect guitar for recording but also has the bark for a jam session. All in all, one of Dupont's masterpieces!