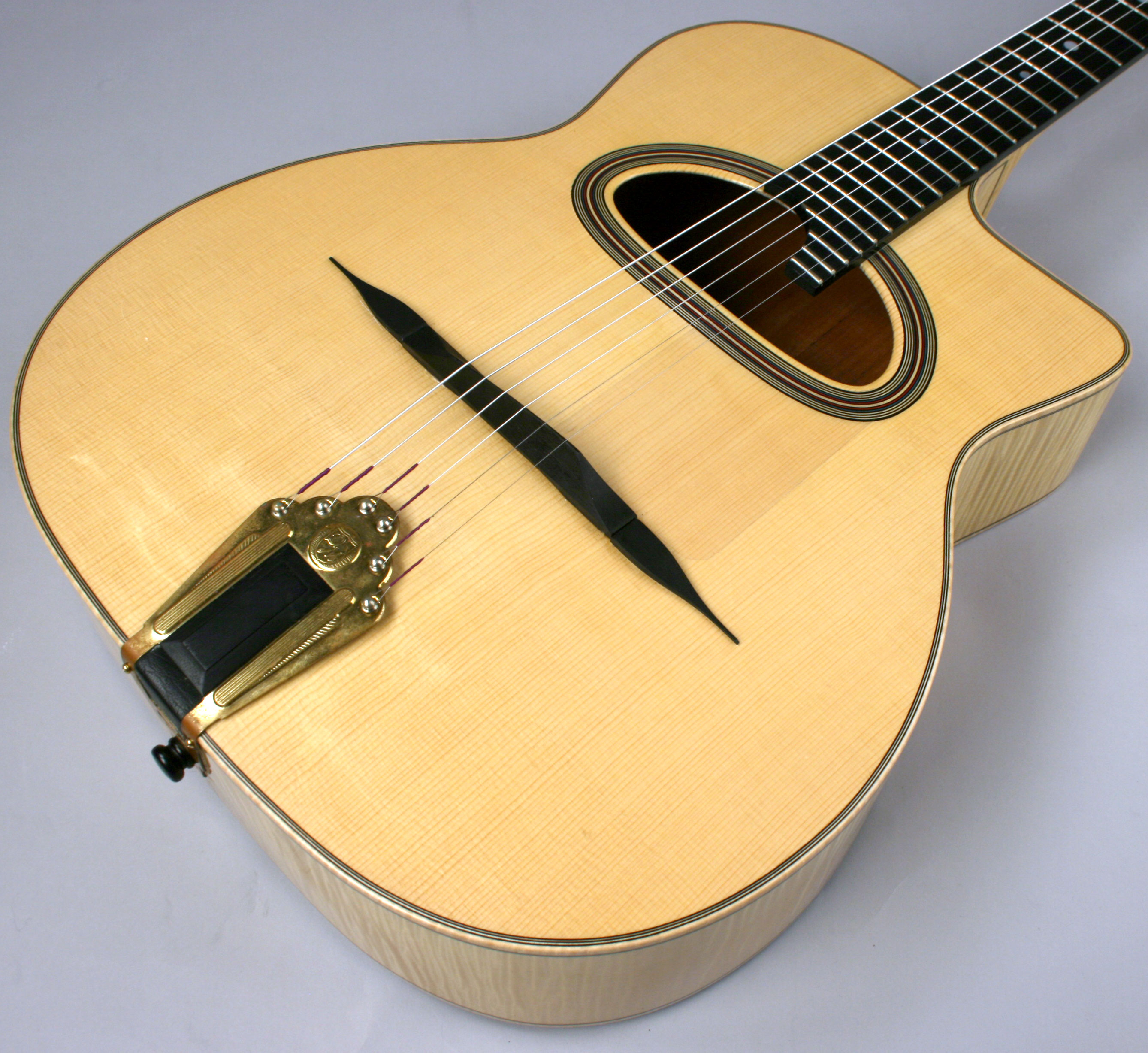 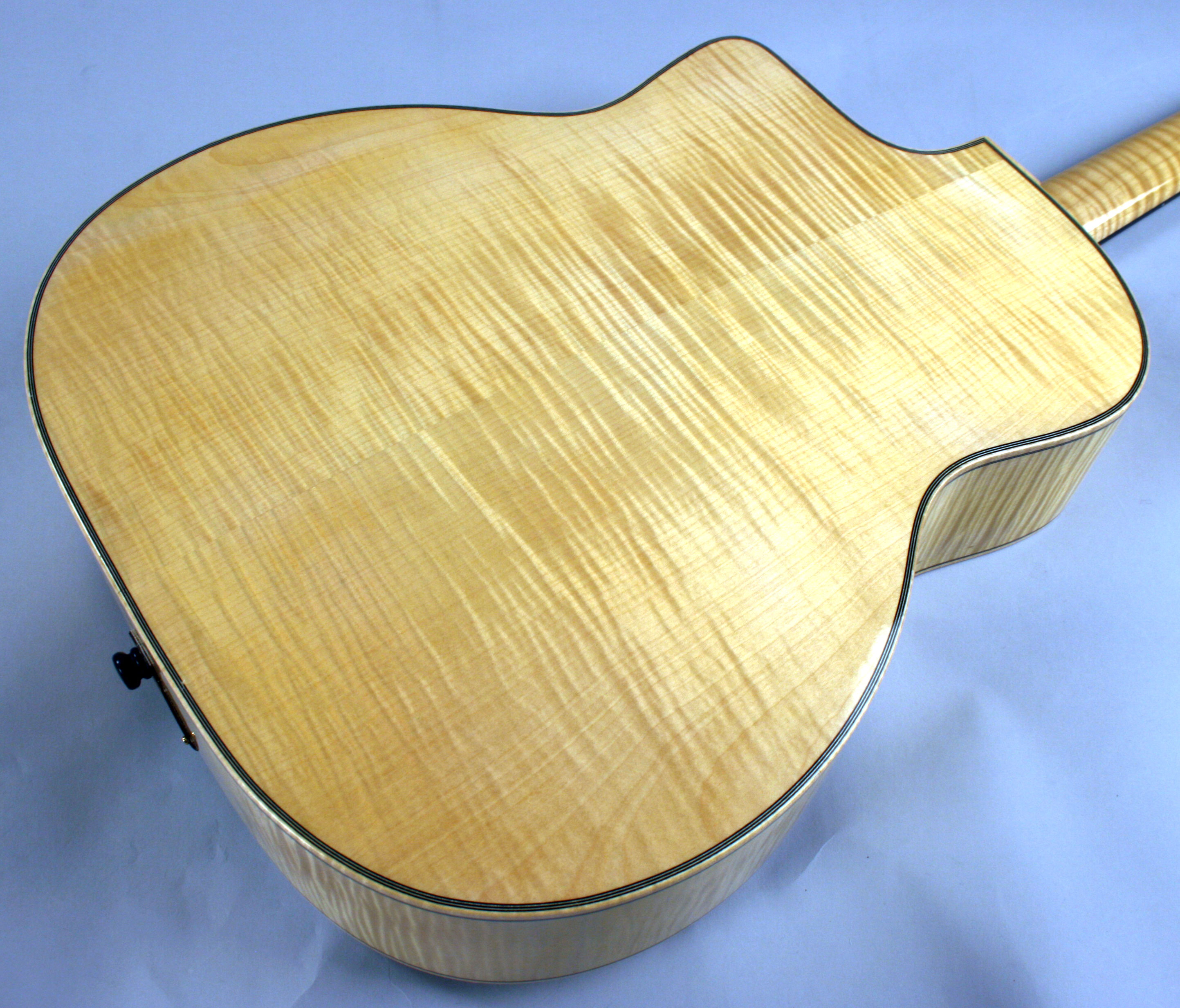 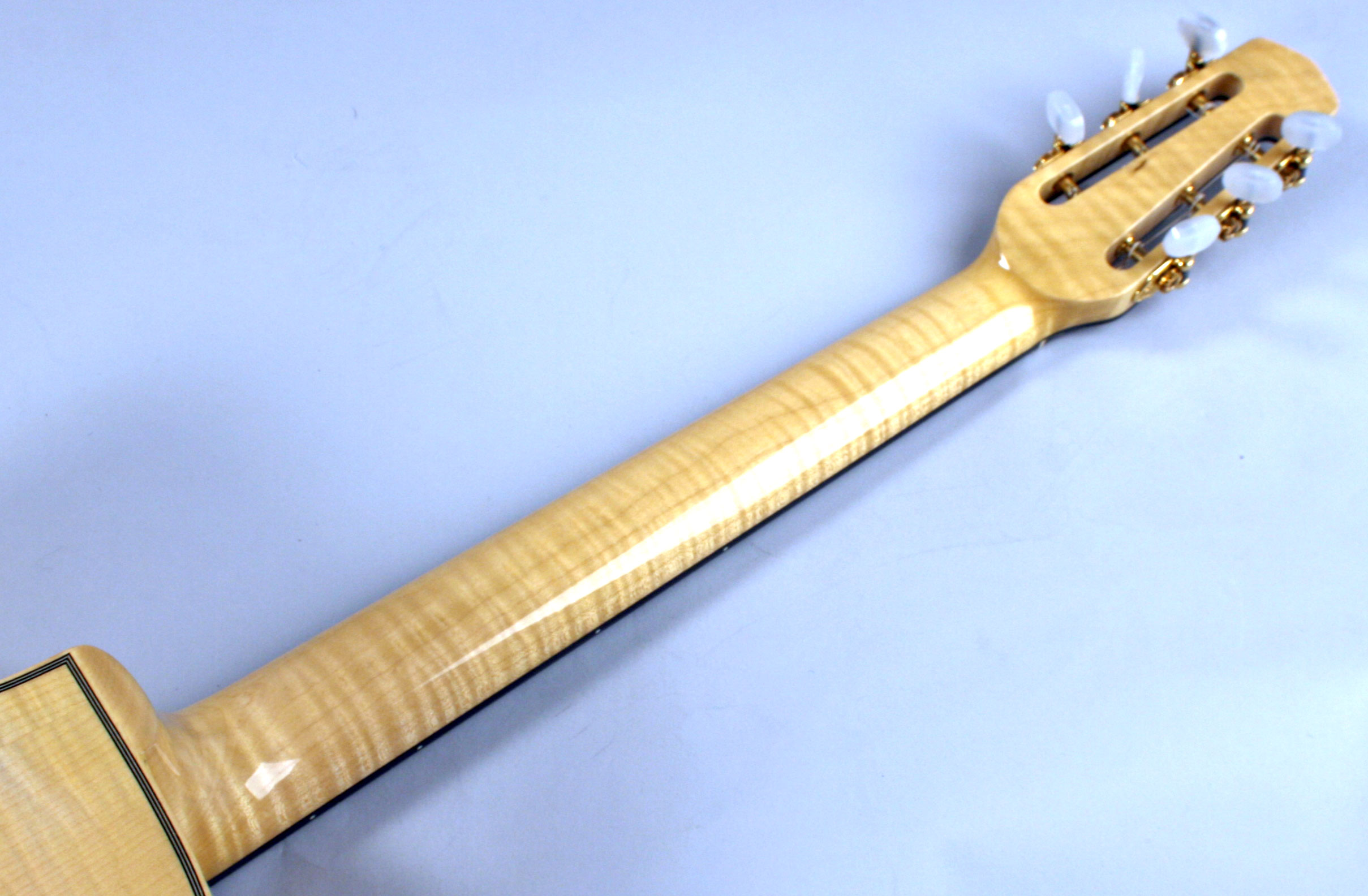 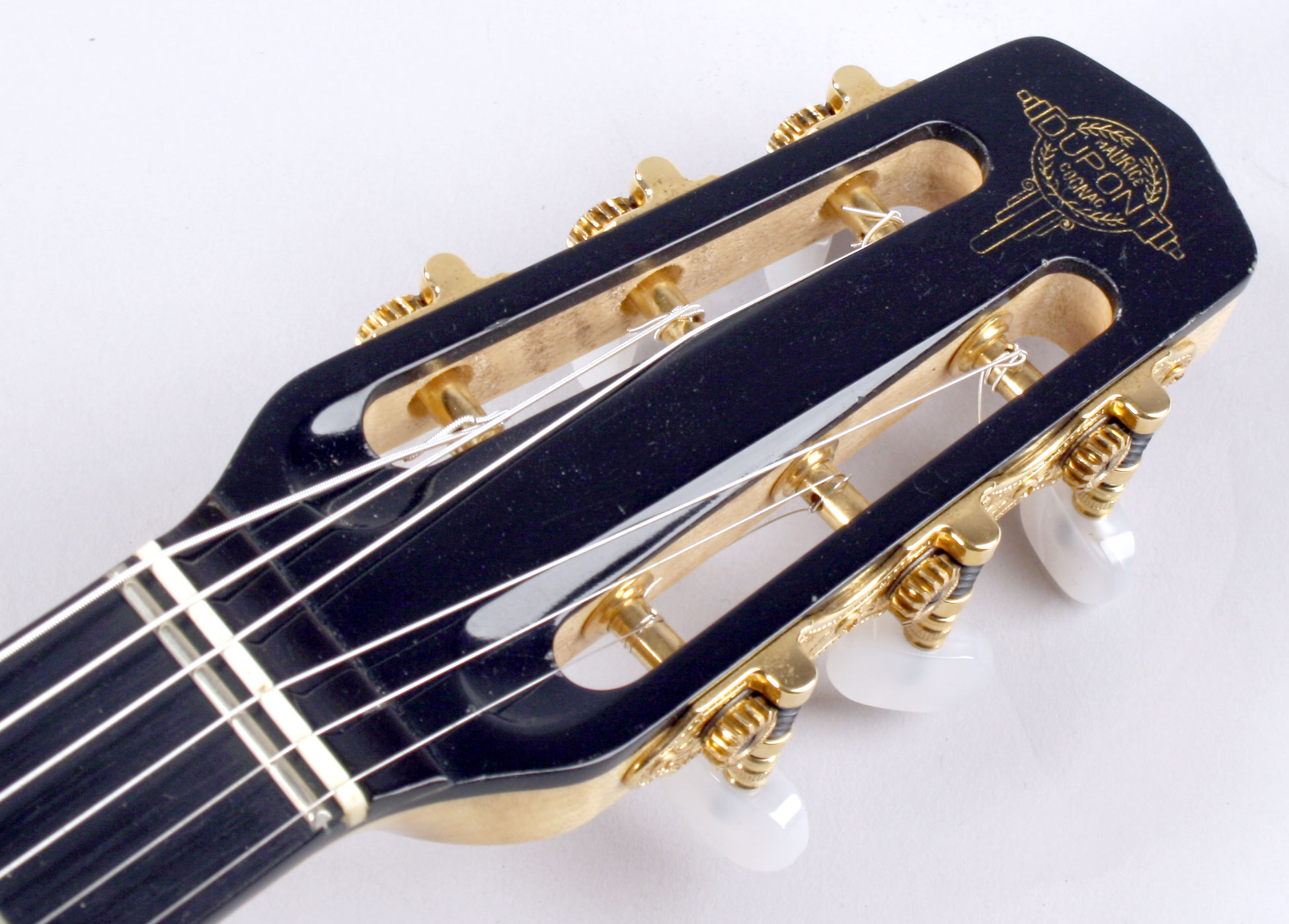 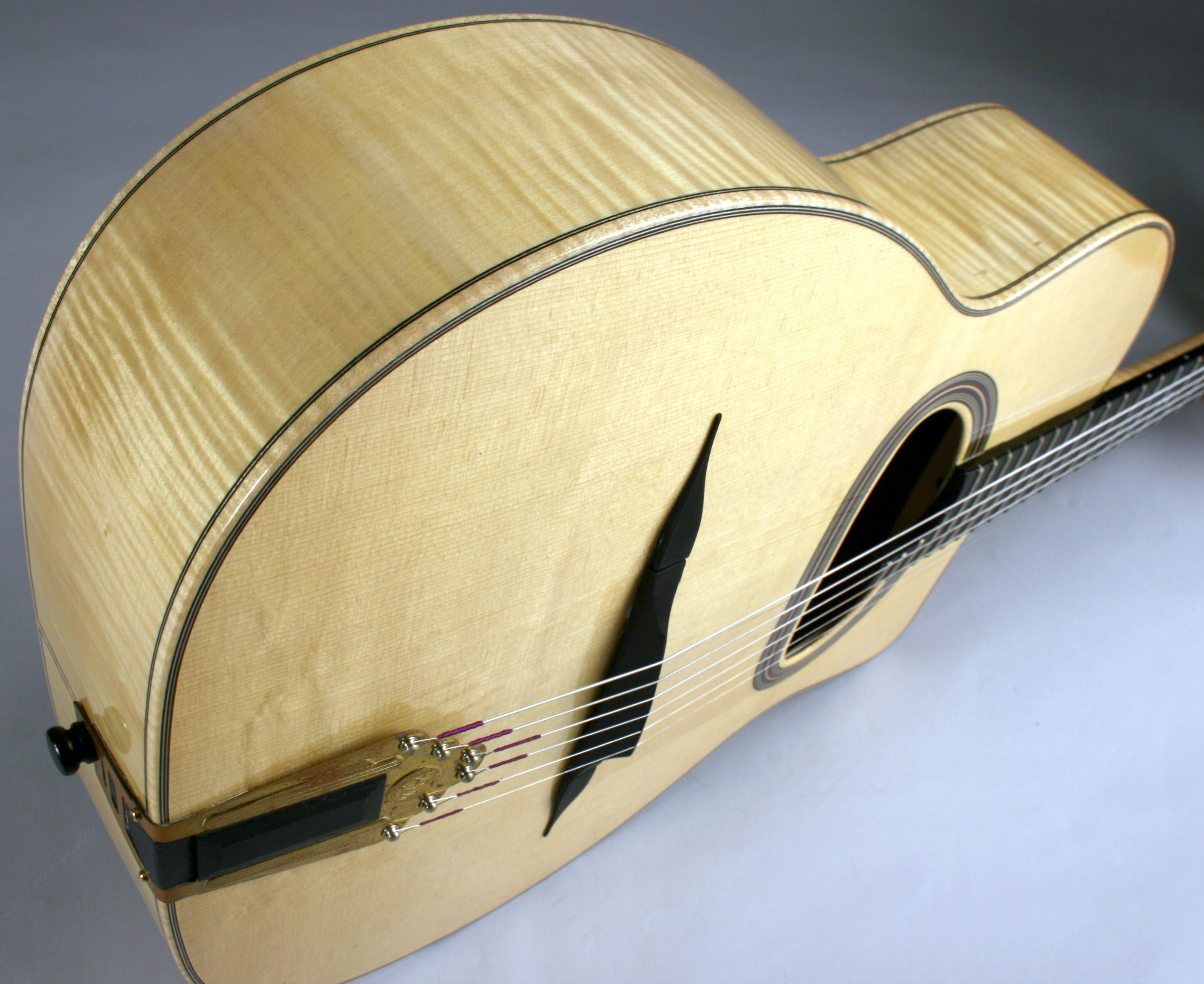 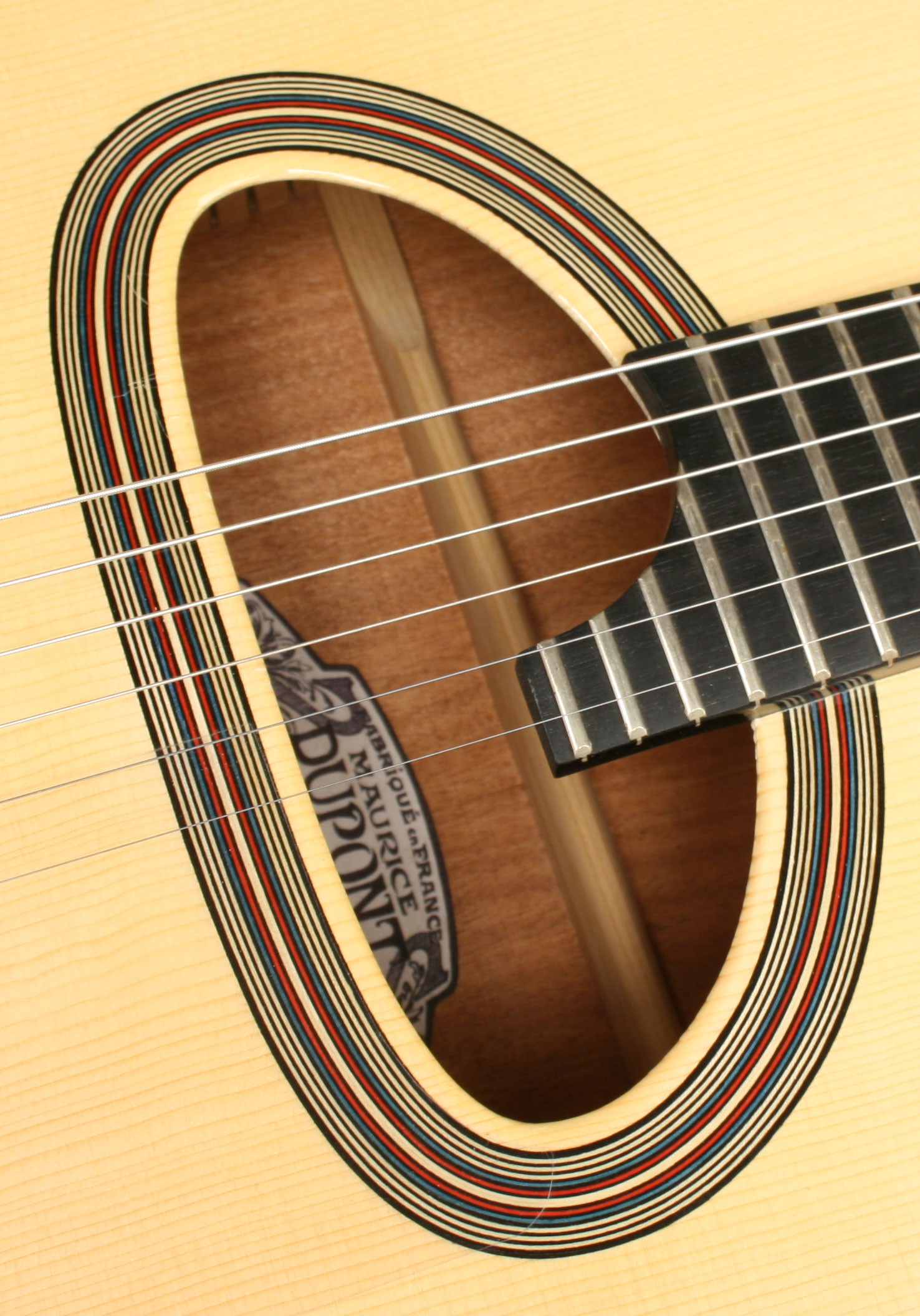 Follow Us Follow Us Follow Us Follow Us
Submit a Review
2004 Dupont MDC-50E ***NEW PRICE!!!***
Maurice Dupont has long been one of the most respected luthiers in France and one of the first contemporary makers to specialize in producing the Selmer Maccaferri guitar. Maurice first gained recognition as a builder of classical guitars and in 1989 was bestowed with the honor of "Best French Craftsman." Maurice was an apprentice of the legendary Gypsy guitar maker Jacques Favino, and in 1986 he began building his own Selmer style guitars which quickly became the most popular choice of professional Gypsy guitarists. Countless Gypsy stars including Raphael Fays, Biréli Lagrčne, Tchavolo Schmitt, and Romane have played Dupont guitars which appear on hundreds of recordings. The MDC-50 has been THE go to guitar for pros for over two decades. It's one of the few D holes that accurately produces a traditional Selmer tone with the added lows and mids of a D hole. D holes often sound too dark and muddy...but this fine guitar is finely balanced so that you get the rich sound of a D hole without loosing the high end cutting power that the oval holes have. Very warm with just enough "crunch."

This mildy used example is in excellent condition. There are numerous dings and scratches on the body, including a large ding close to the endpin that chipped a bit of finish off. The frets have little wear and with plenty of life left in them. Overall this instrument still looks stunning and play beautifully. A fantastic deal as a new MDC-50E costs $4500..