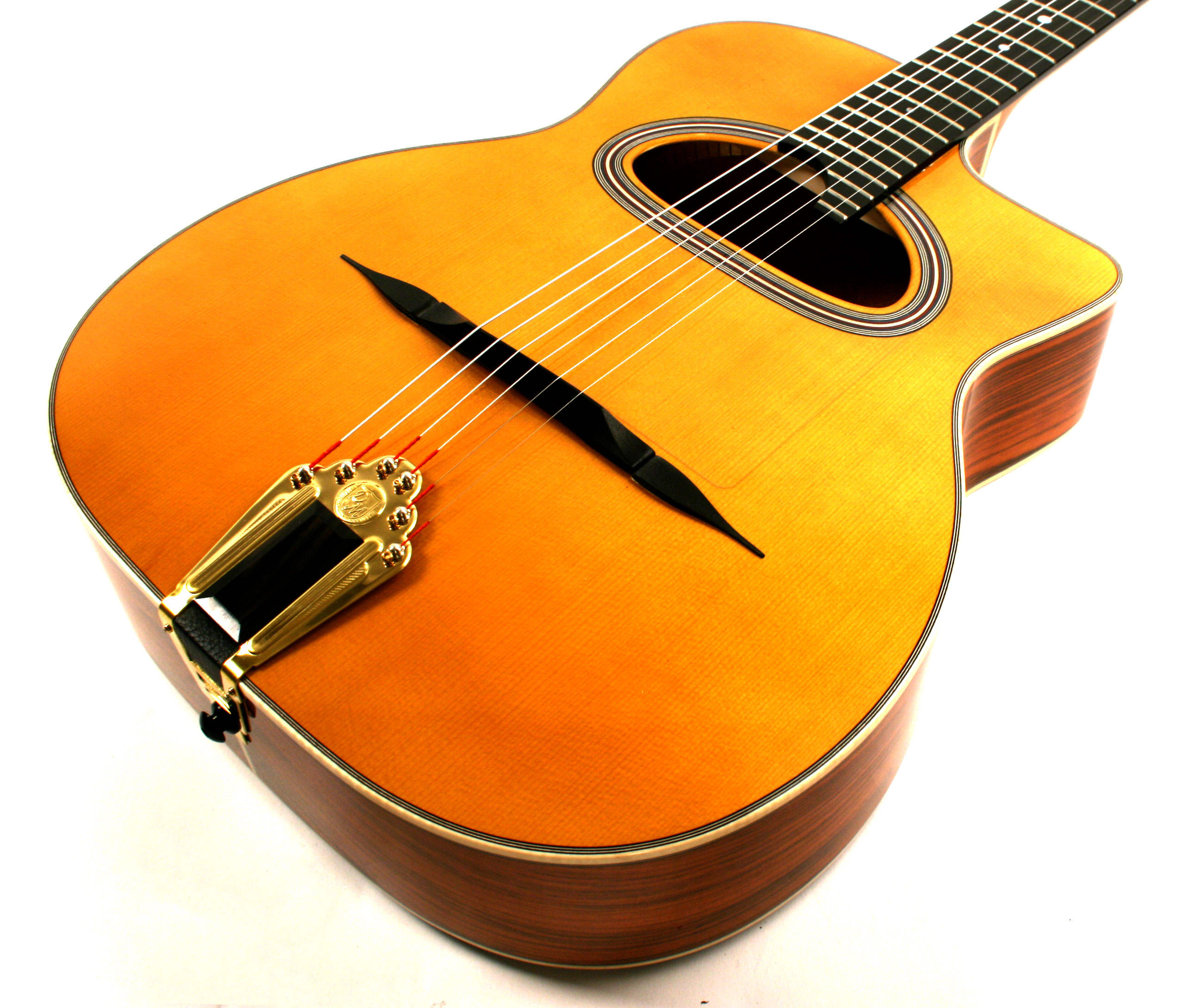 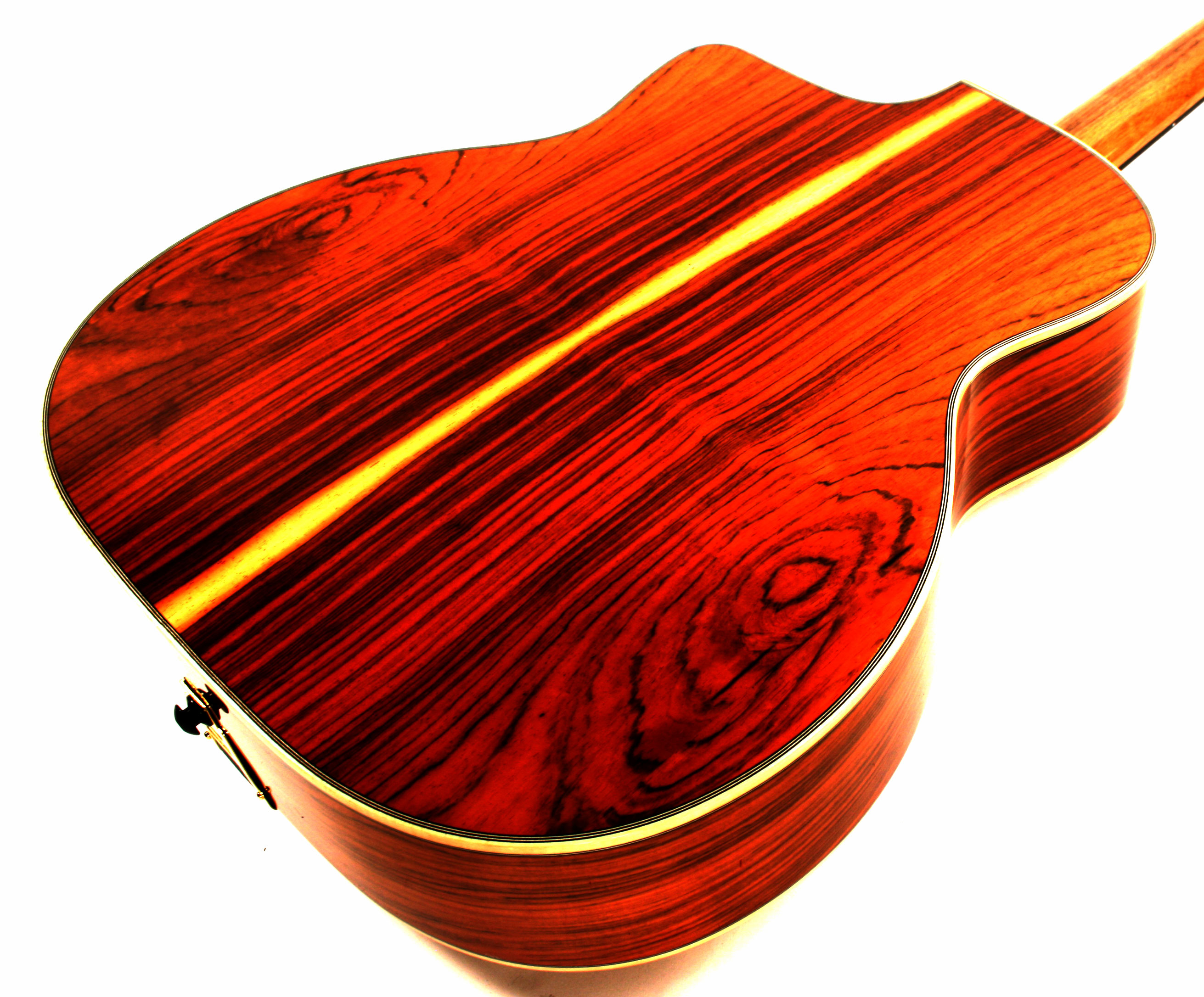 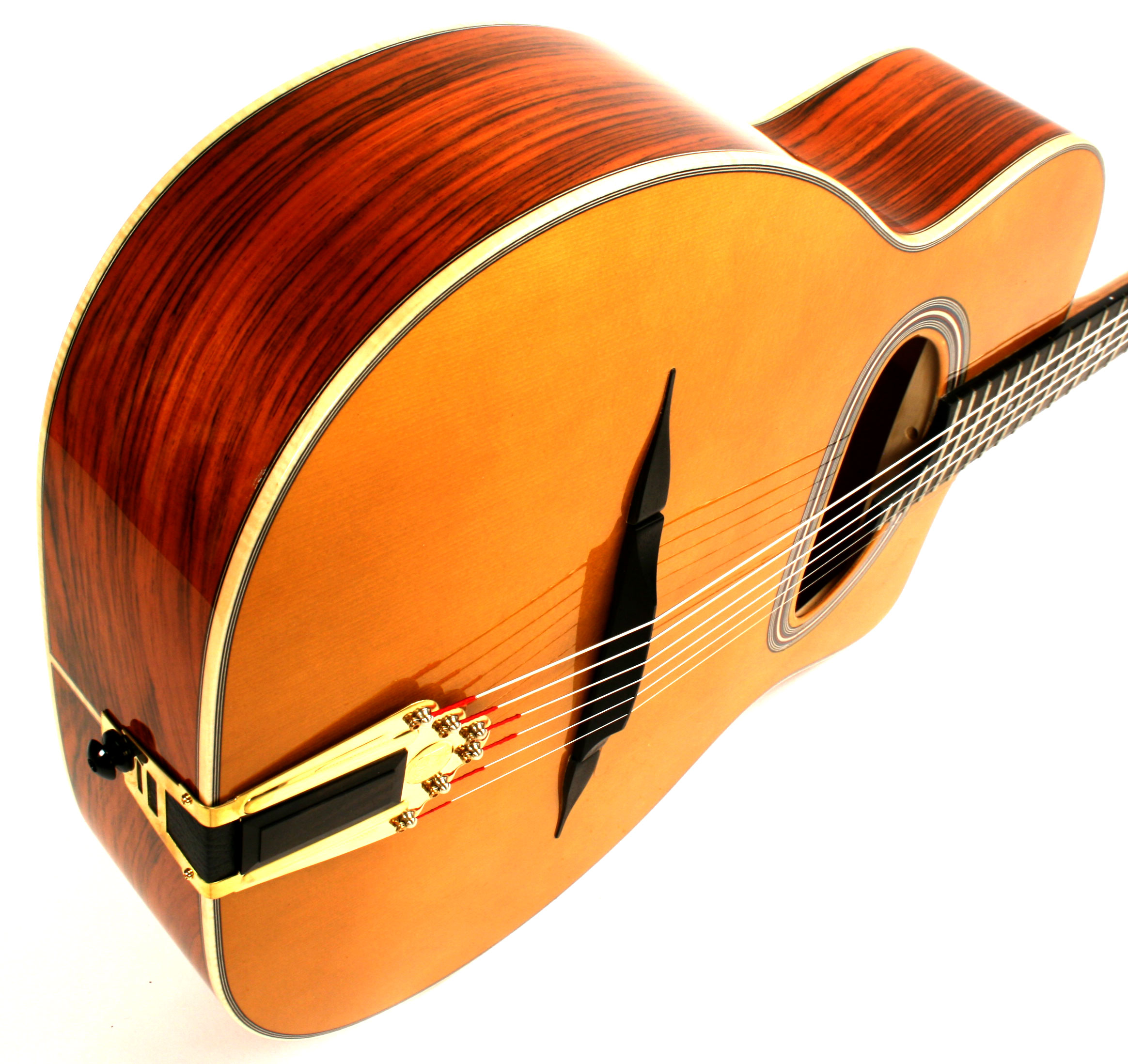 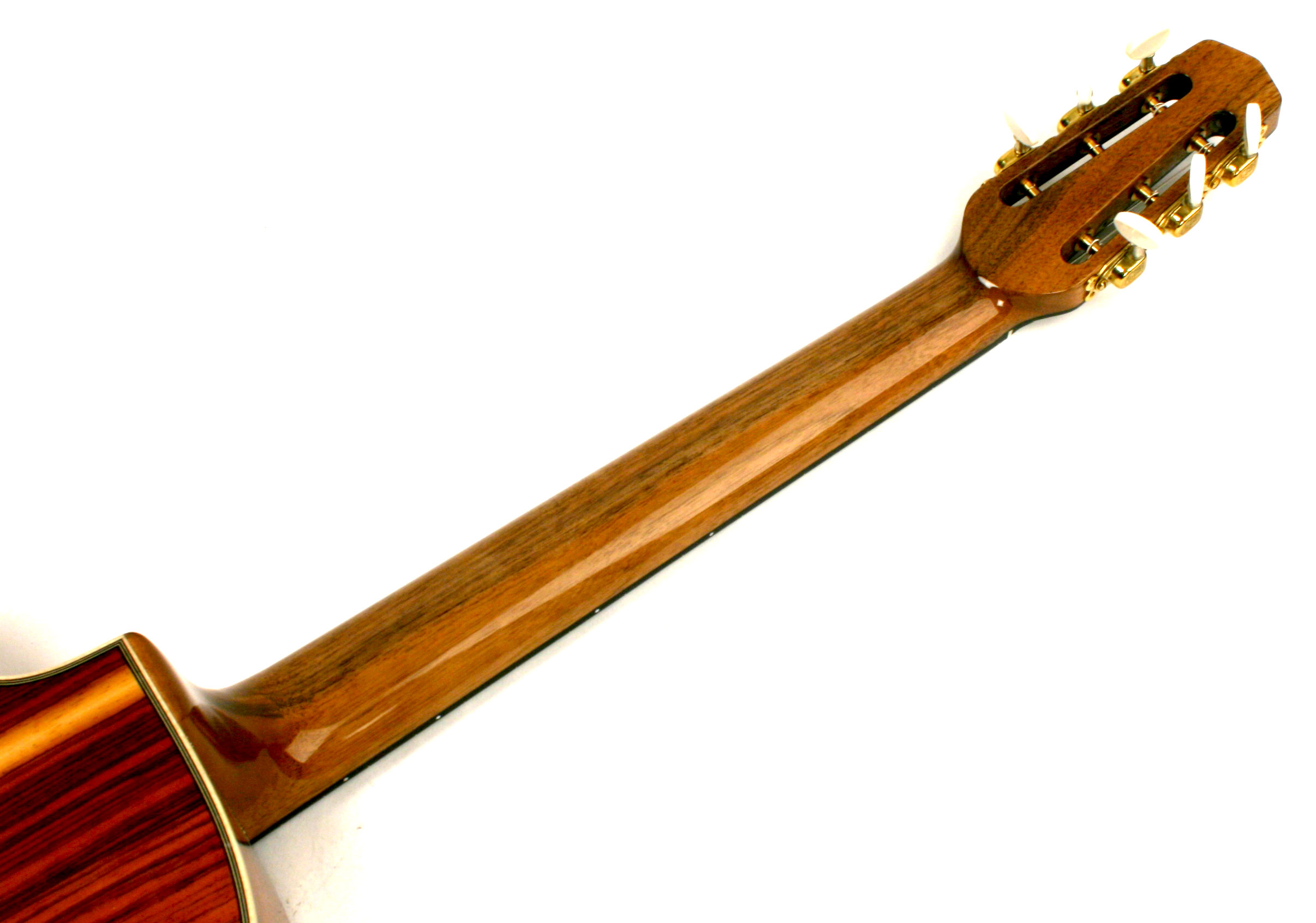 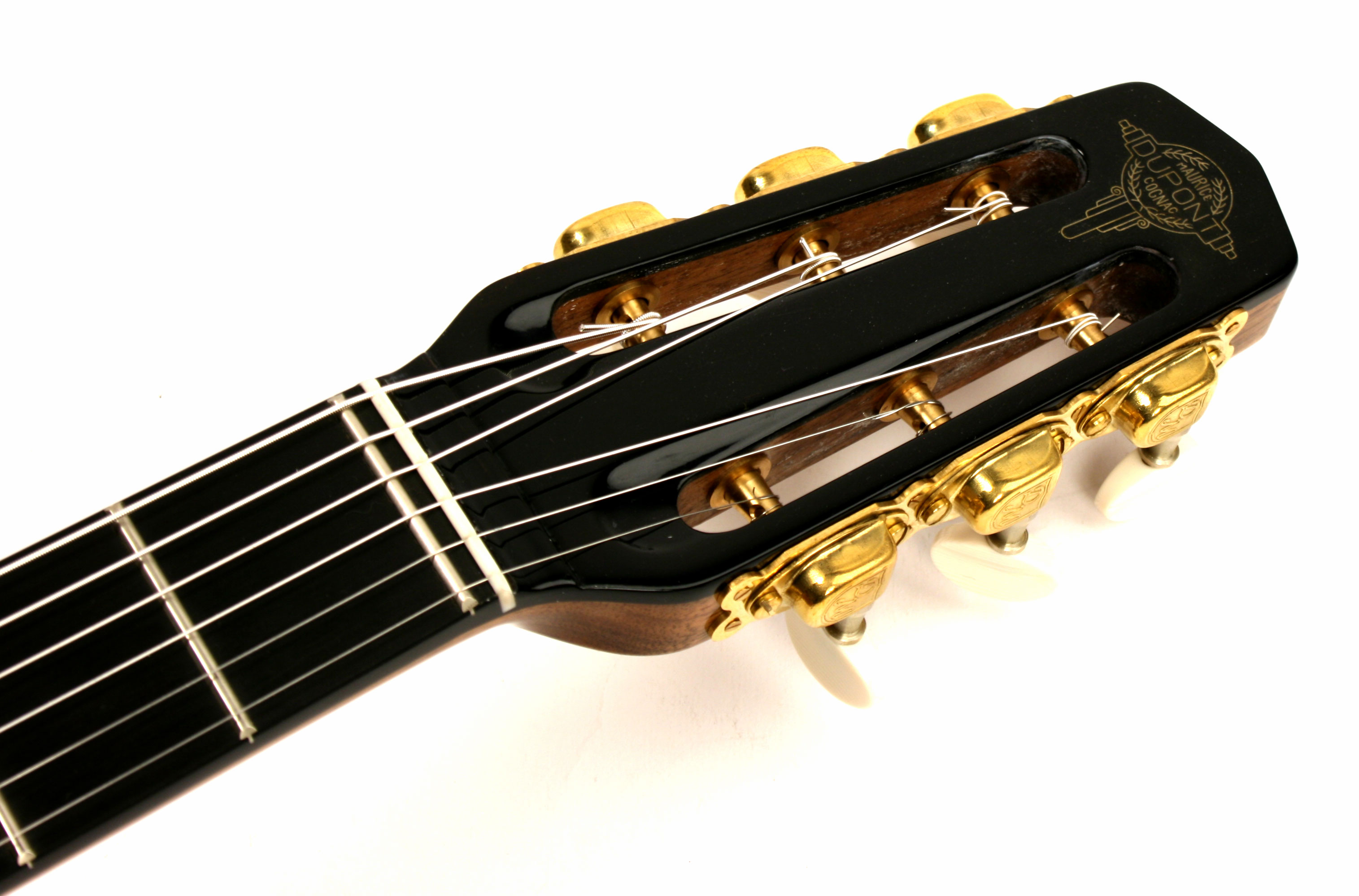 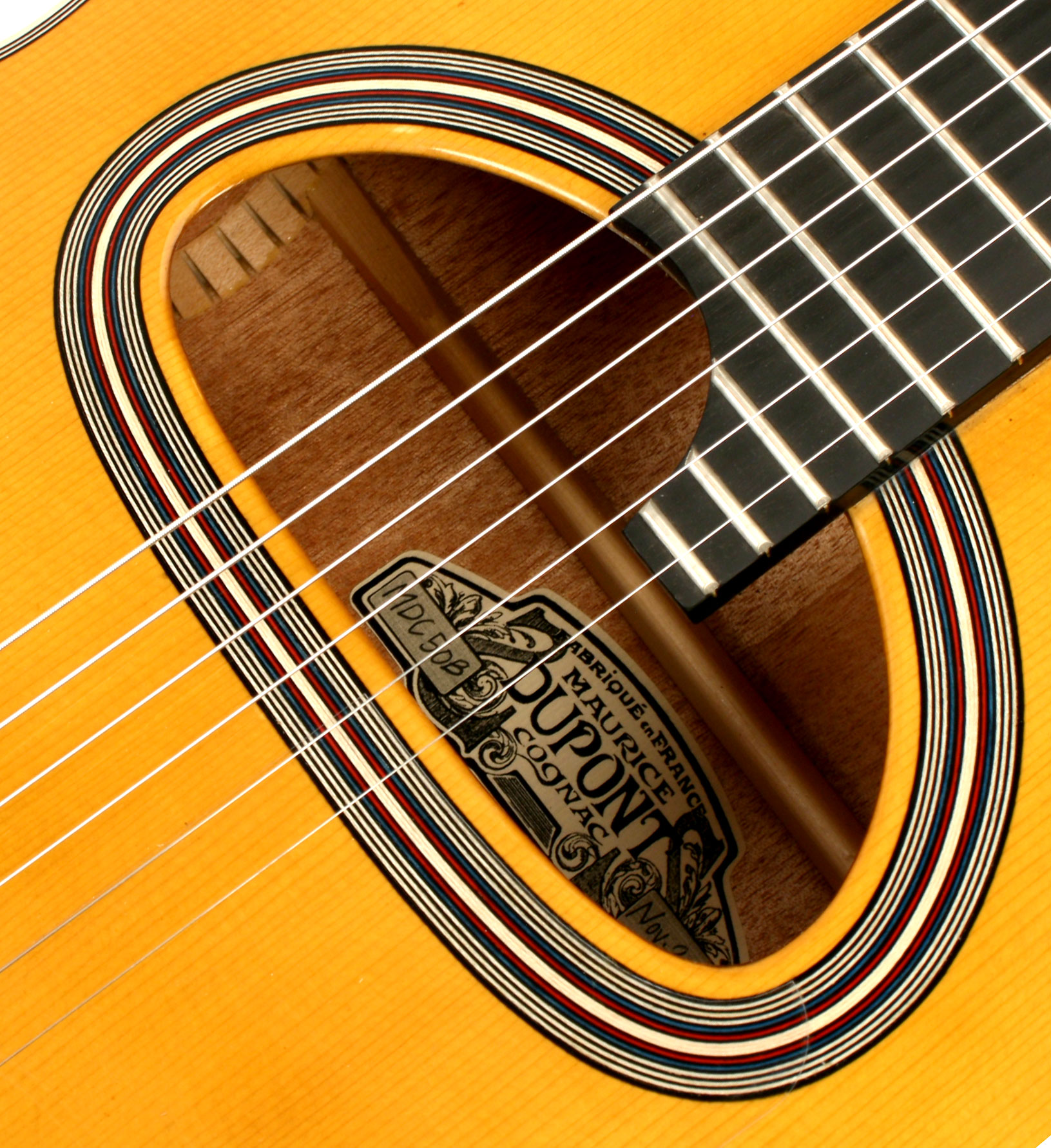 Follow Us Follow Us Follow Us Follow Us
Submit a Review
2006 Dupont MDC50B
Maurice Dupont has long been one of the most respected luthiers in France and one of the first contemporary makers to specialize in producing the Selmer Maccaferri guitar. Maurice first gained recognition as a builder of classical guitars and in 1989 was bestowed with the honor of "Best French Craftsman." Maurice was an apprentice of the legendary Gypsy guitar maker Jacques Favino, and in 1986 he began building his own Selmer style guitars which quickly became the most popular choice of professional Gypsy guitarists. Countless Gypsy stars including Raphael Fays, Biréli Lagrčne, Tchavolo Schmitt, and Romane have played Dupont guitars which appear on hundreds of recordings.
Dupont's Gypsy models are built entirely in Cognac, France by master luthiers Patrick (who joined the Dupont team in 1994) and Mathias (since 2002) under the supervision of Maurice Dupont. The collective experience.of the Dupont team along with Maurice's stock of well aged, select tonewoods yields instruments of unsurpassed tone and playability.
The MDC50 has been THE go to guitar for pros for over two decades. It's one of the few D holes that accurately produces a traditional Selmer tone with the added lows and mids of a D hole. D holes often sound too dark and muddy...but this fine guitar is finely balanced so that you get the rich sound of a D hole without loosing the high end cutting power that the oval holes have. Very warm with just enough "crunch."

This special example was ordered with premium Brazilian rosewood back and sides that are not only visualy stunning, but sonically pleasing as well. As you'd expect, the Brazilian rosewood adds a roundness to the highs and a thick complexity to the mids that lesser woods lack. But this instrument is so much more than just another pretty guitar, as the tone and projection rank among Dupont's best instruments. Every note is a religious exeprience, rich in tone and powerfuly projected in a way that inspires the player to new heights while commanding the audience to listen. Playability is smooth and easy, with low action and a fast neck that allows one to effortlessly execute even the most difficult passages. Finally, this excpetional instrument was fitted with Dupont's attractive DM tuners, insuring that this guitar looks as good as it sounds!