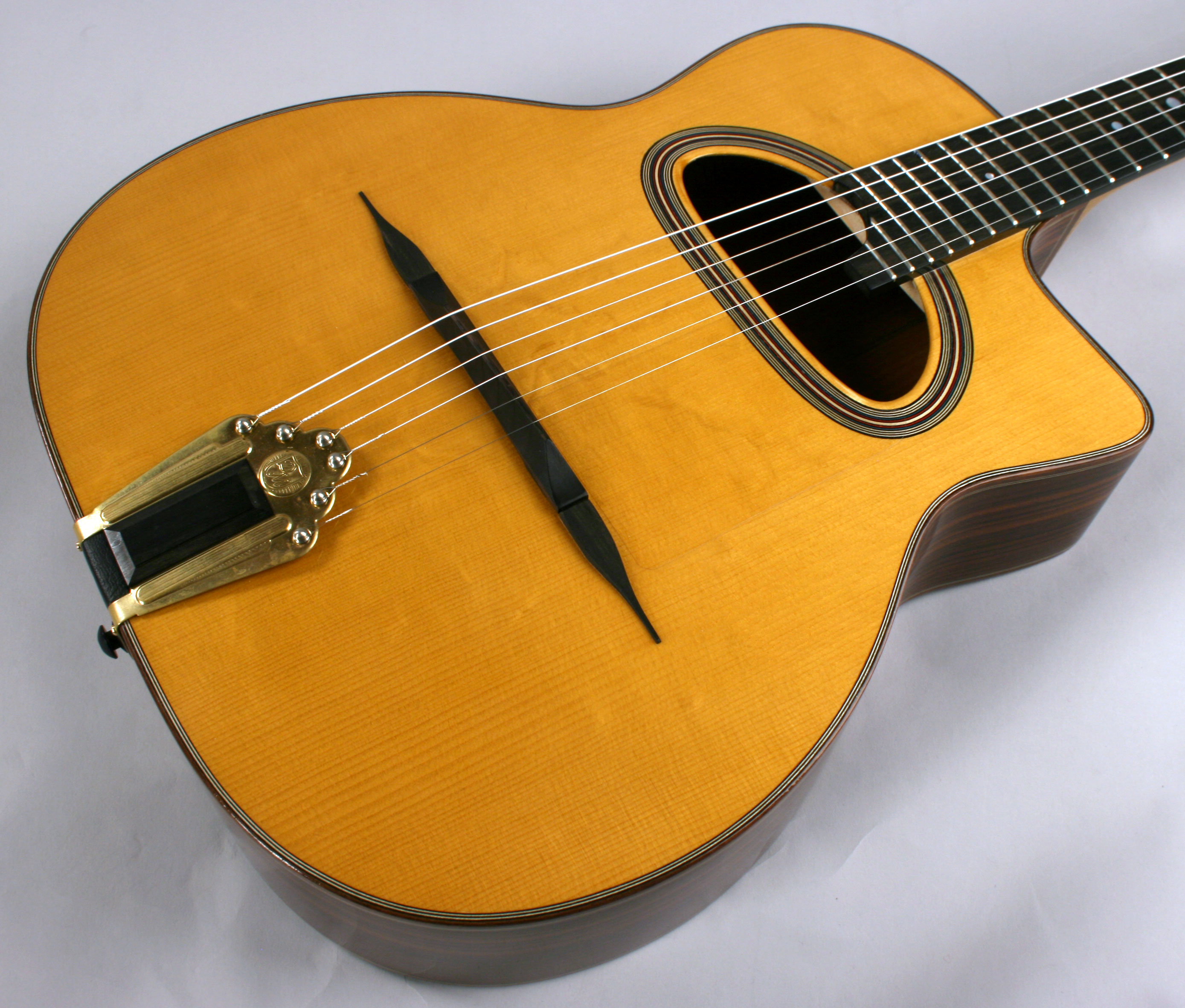 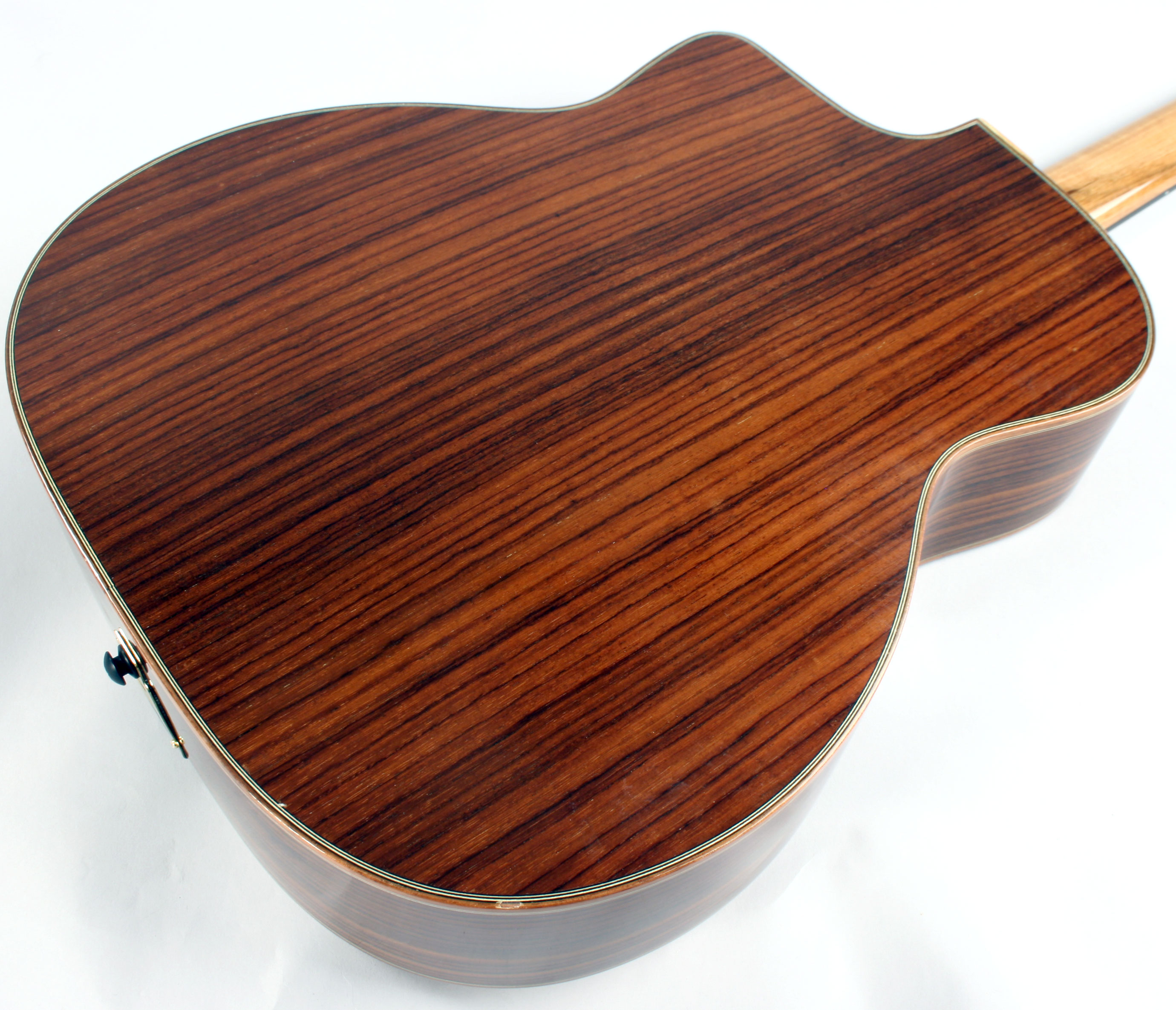 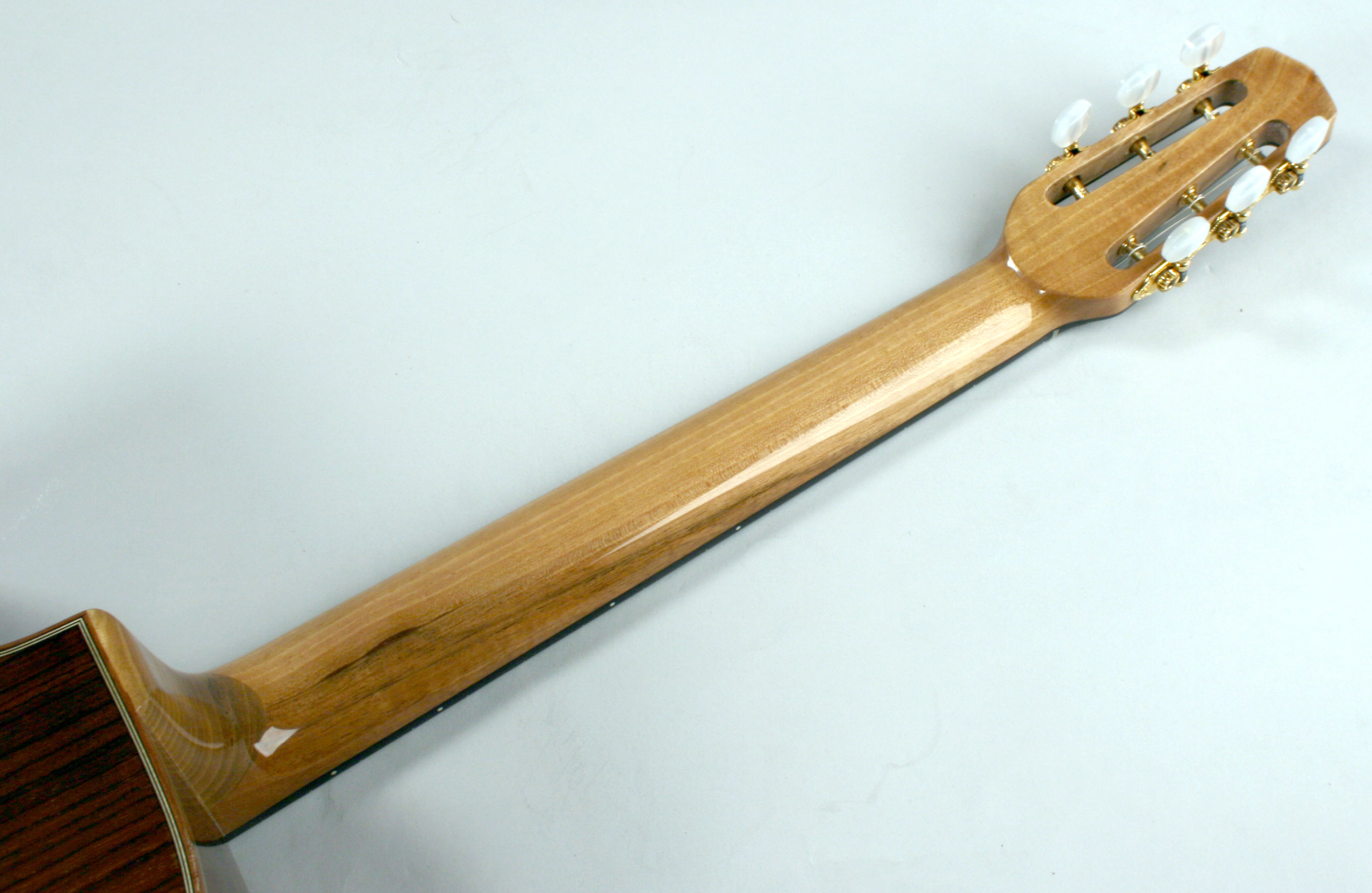 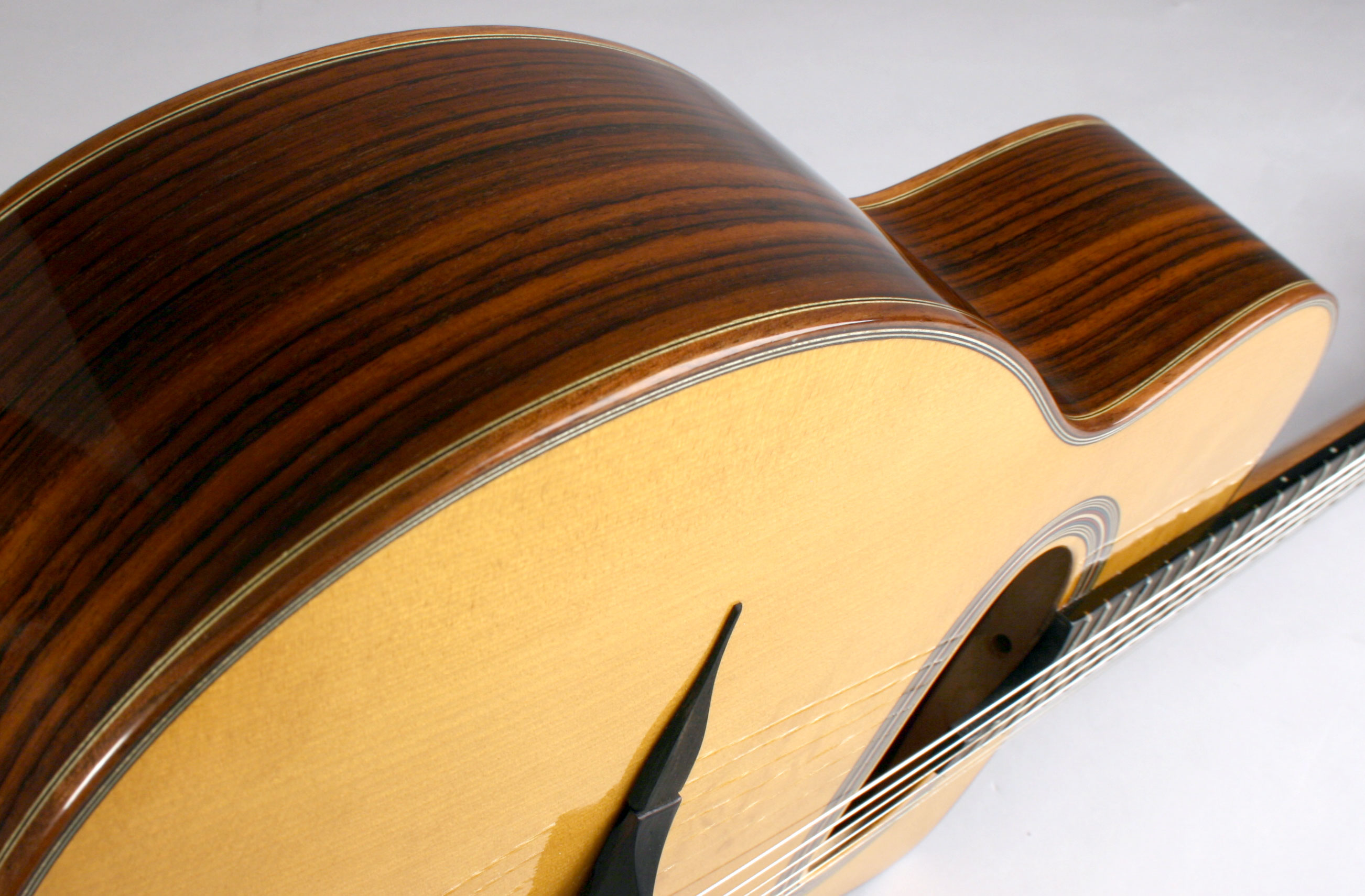 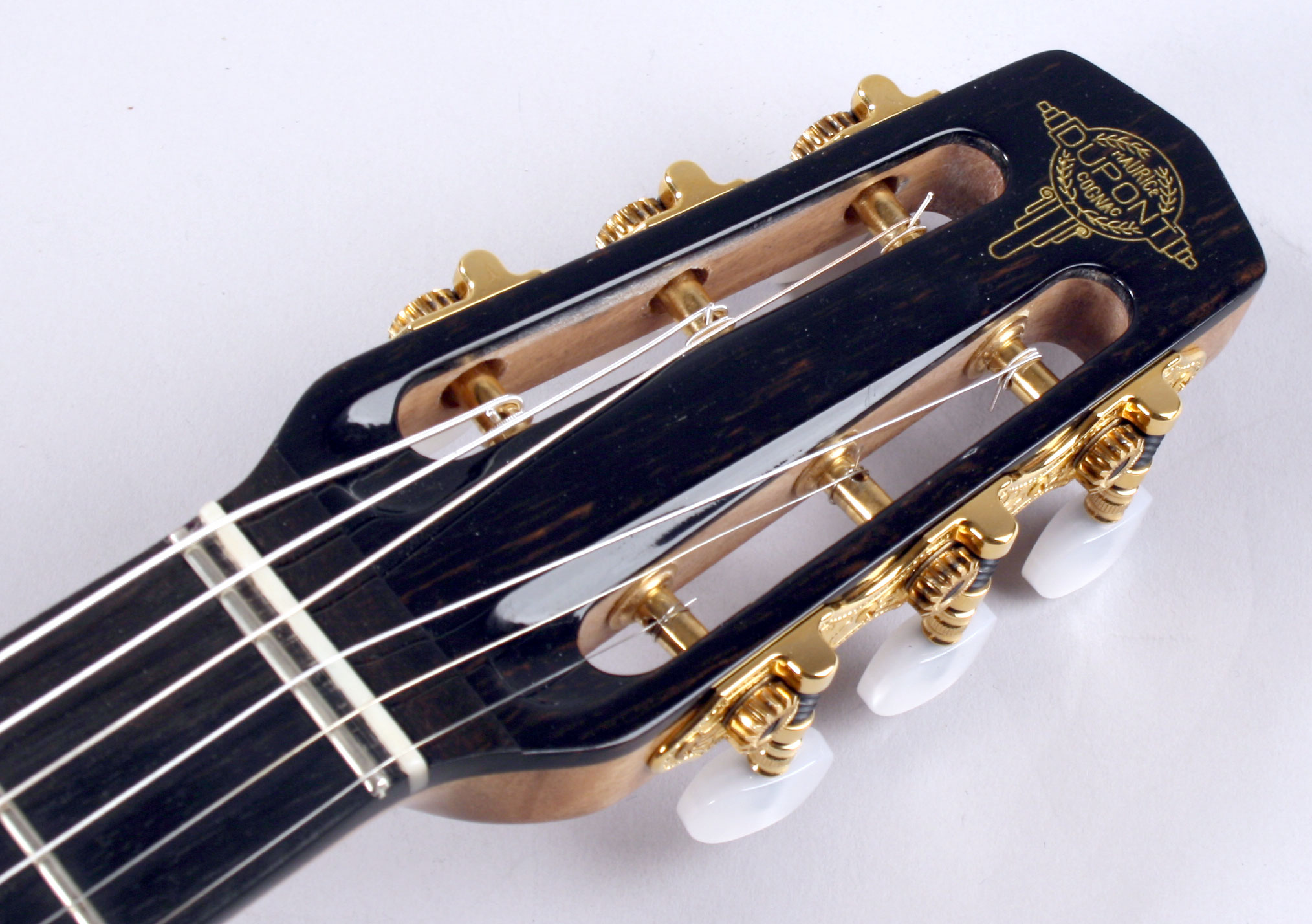 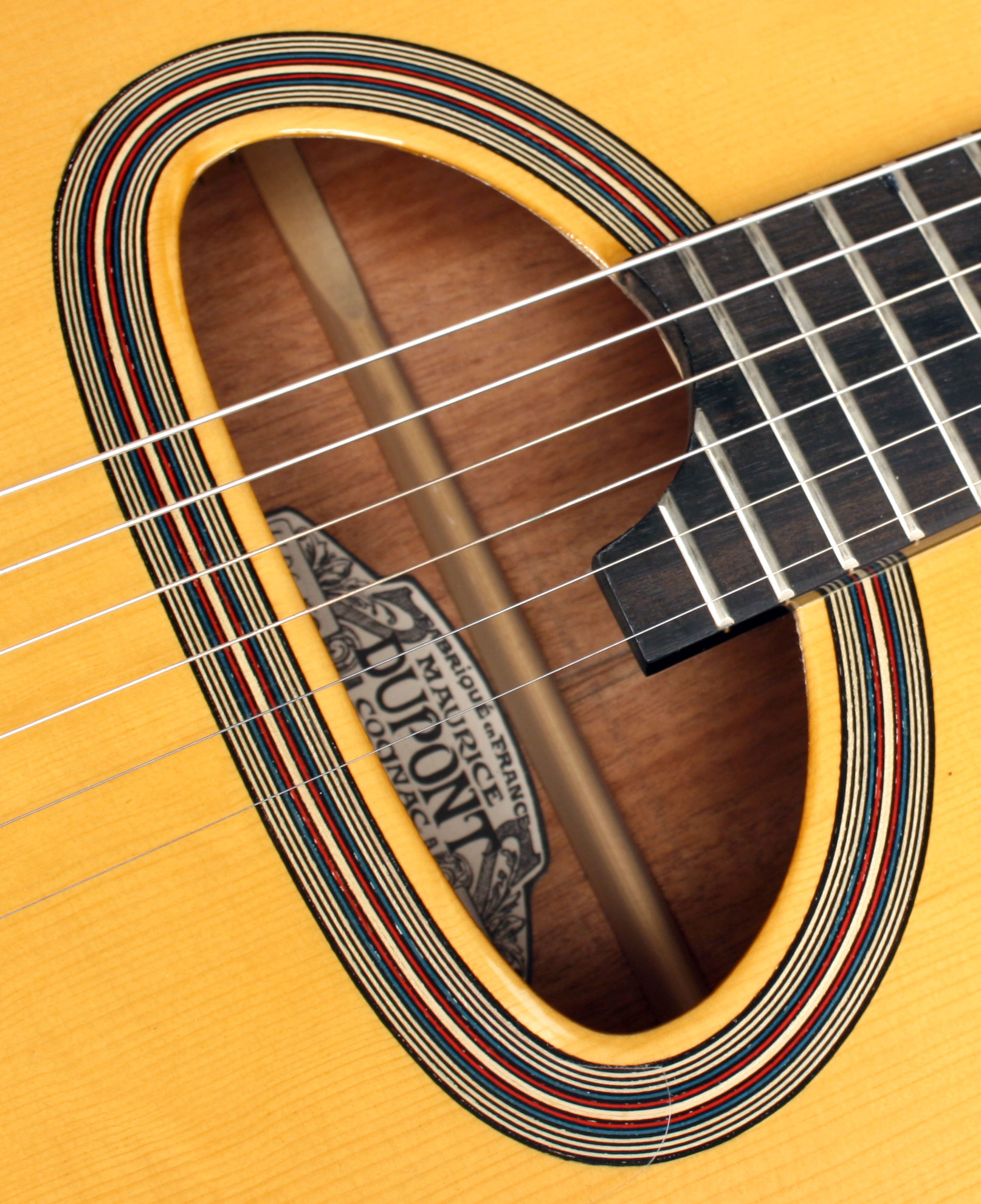 Follow Us Follow Us Follow Us Follow Us
Submit a Review
2008 Dupont MDC50
Maurice Dupont has long been one of the most respected luthiers in France and one of the first contemporary makers to specialize in producing the Selmer Maccaferri guitar. Maurice first gained recognition as a builder of classical guitars and in 1989 was bestowed with the honor of "Best French Craftsman." Maurice was an apprentice of the legendary Gypsy guitar maker Jacques Favino, and in 1986 he began building his own Selmer style guitars which quickly became the most popular choice of professional Gypsy guitarists. Countless Gypsy stars including Raphael Fays, Biréli Lagrčne, Tchavolo Schmitt, and Romane have played Dupont guitars which appear on hundreds of recordings.

This slightly used example is in excellent condition. There is just one ding on the binding on the bass bout and some light scracthes on the body and top. There is also a scuff mark on the cutaway which resulted in a small patch of rough finish. The frets have some light wear but there is still plenty of life left in them. Other than that, this guitar is indiscernible from a new one.

This model sells for $4250 new. Save big on this excellent example!