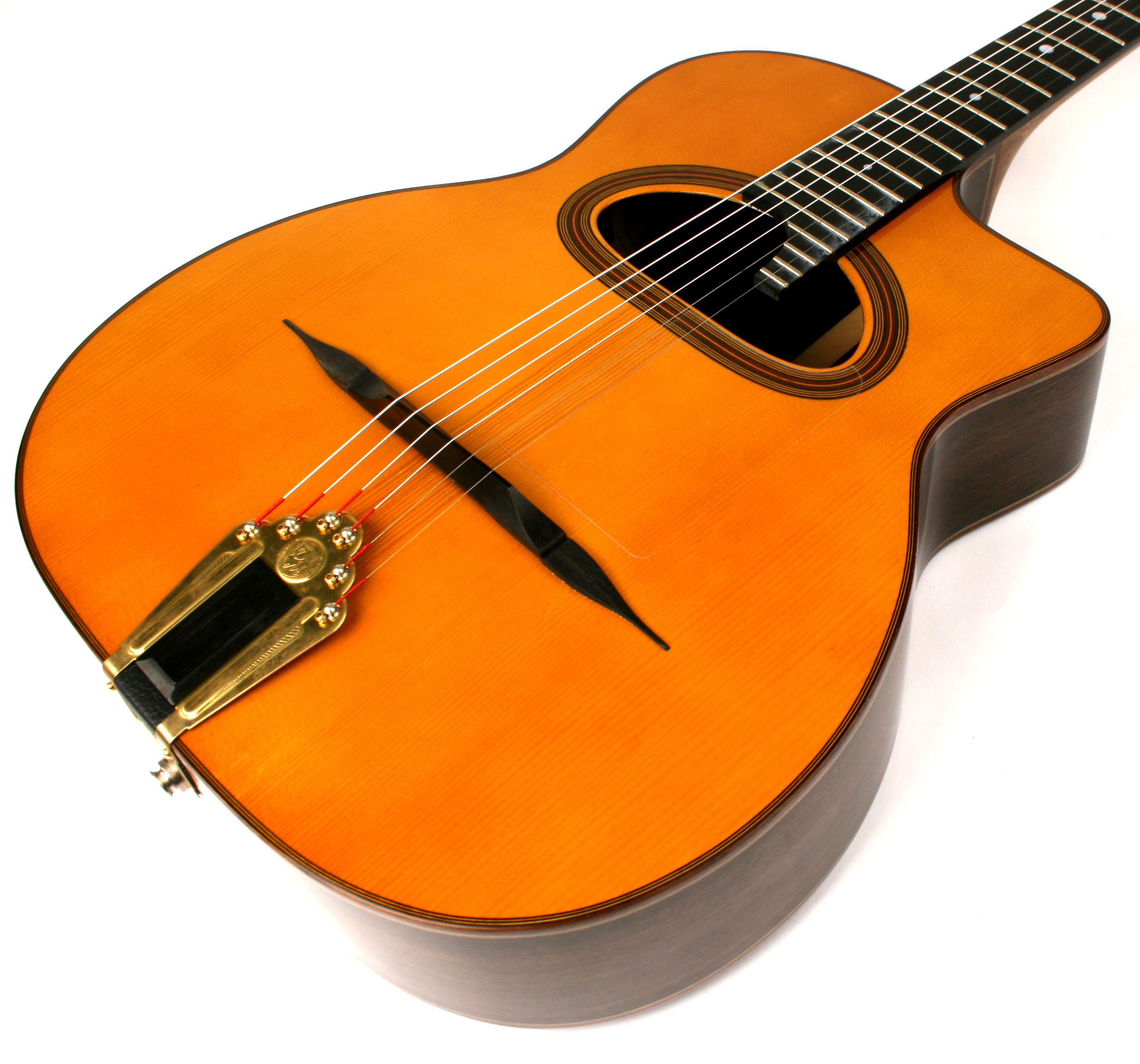 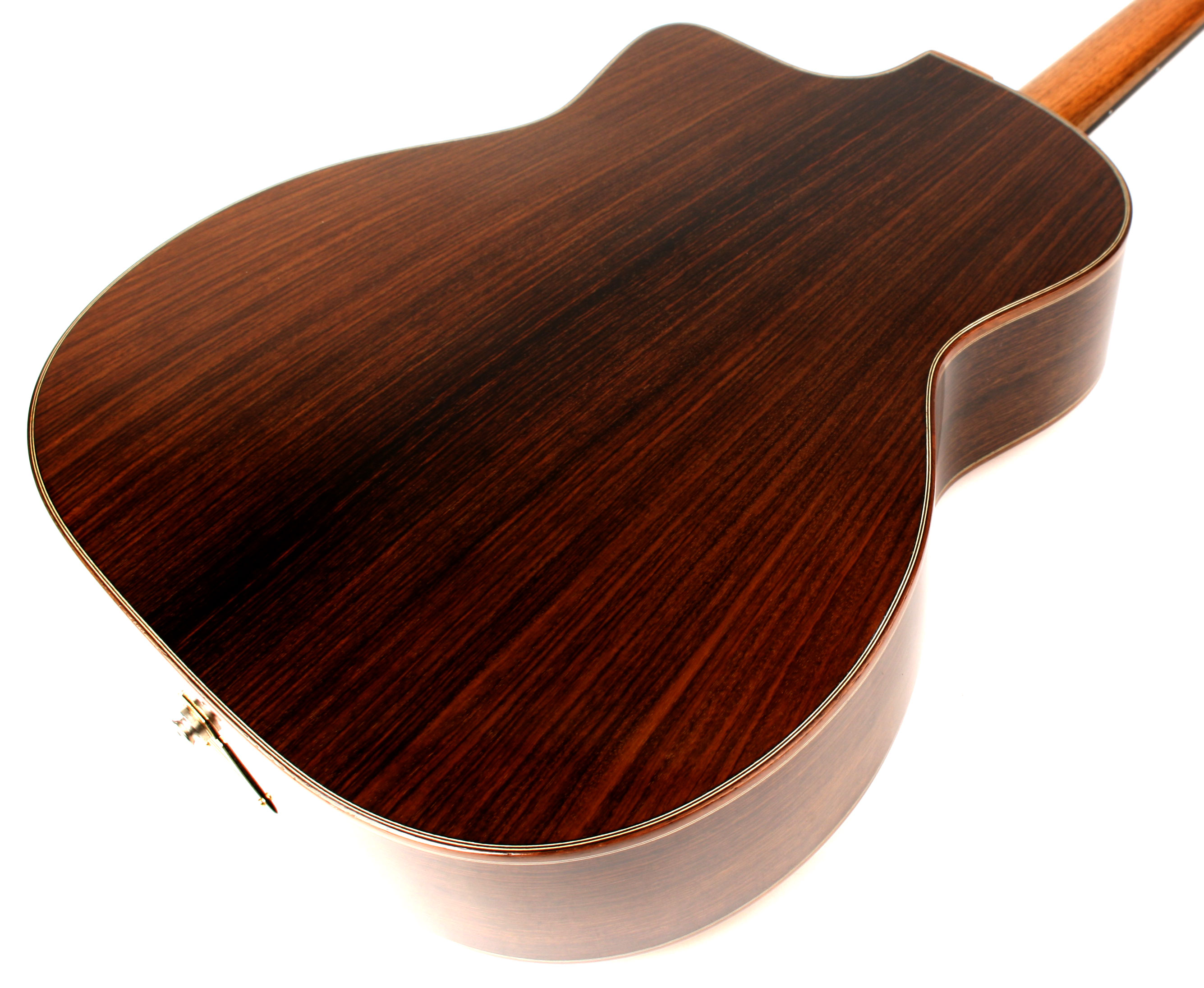 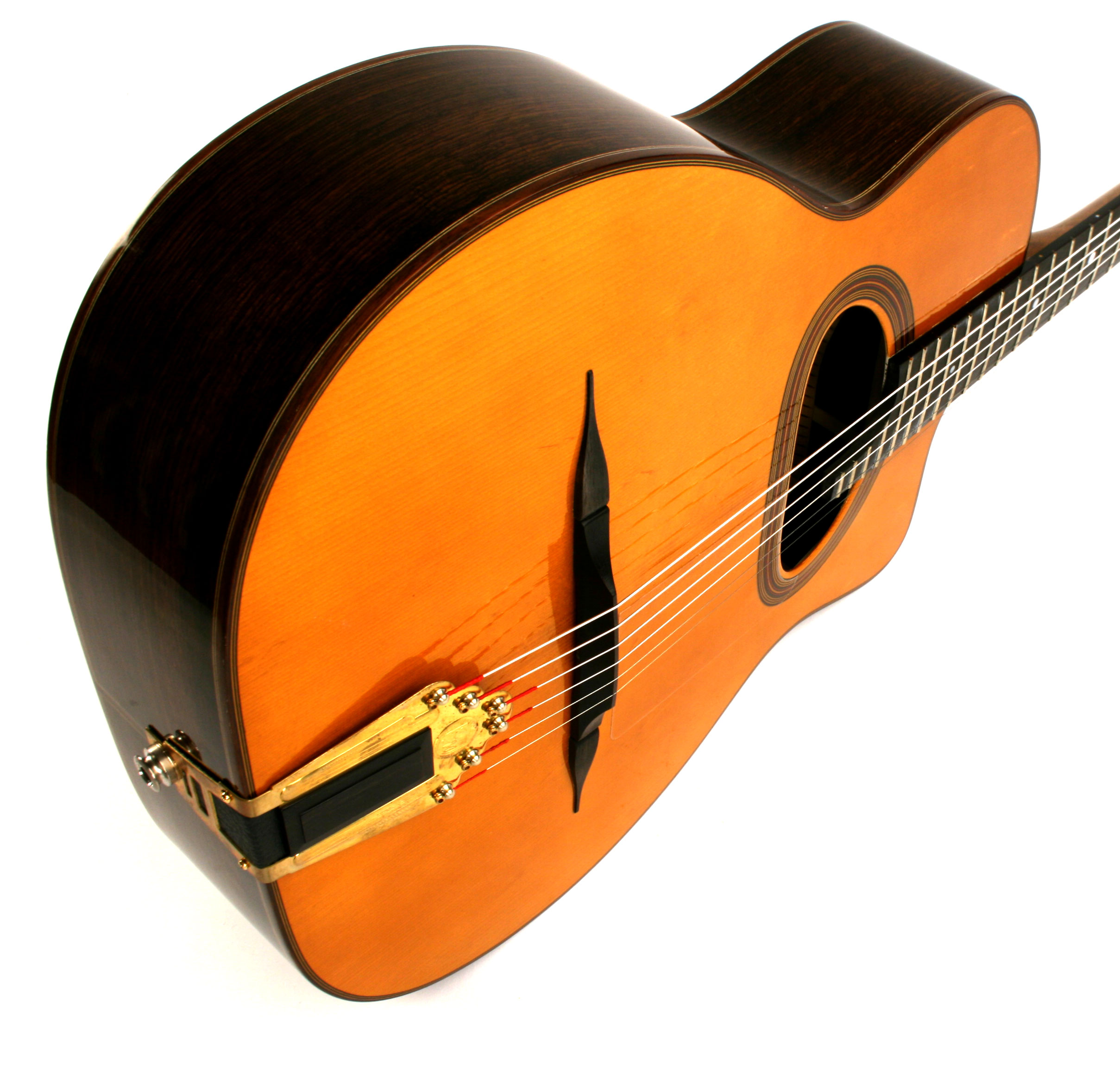 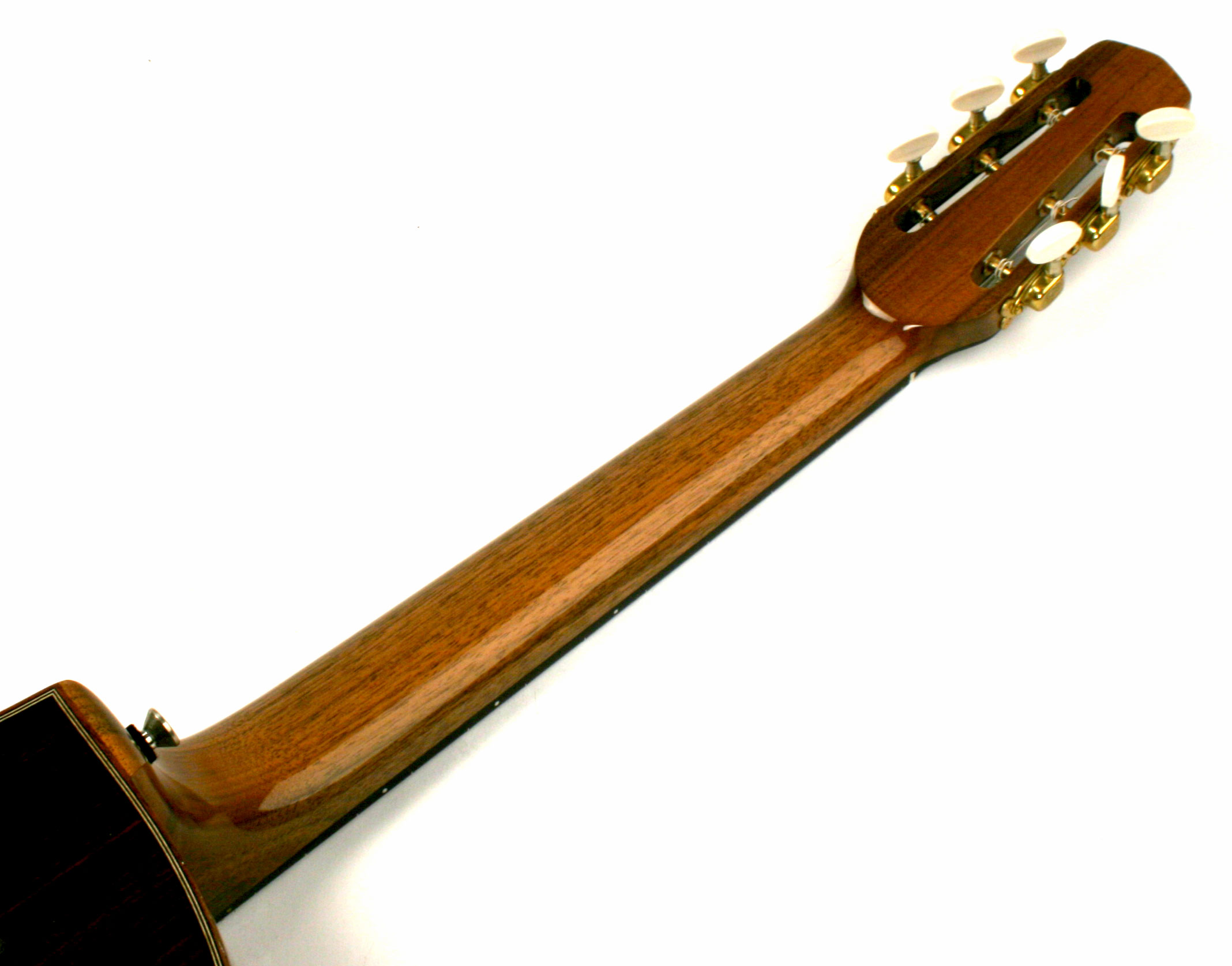 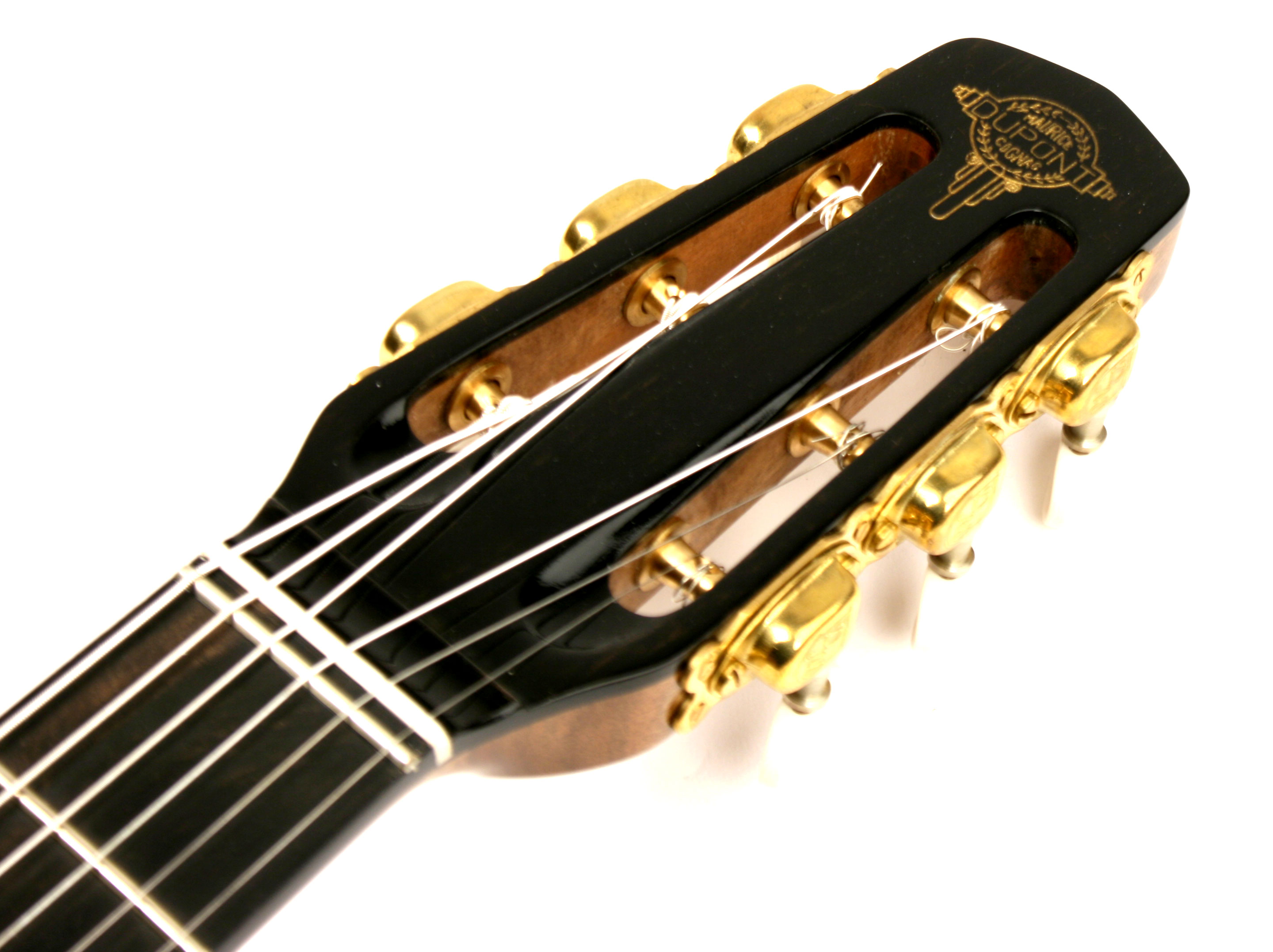 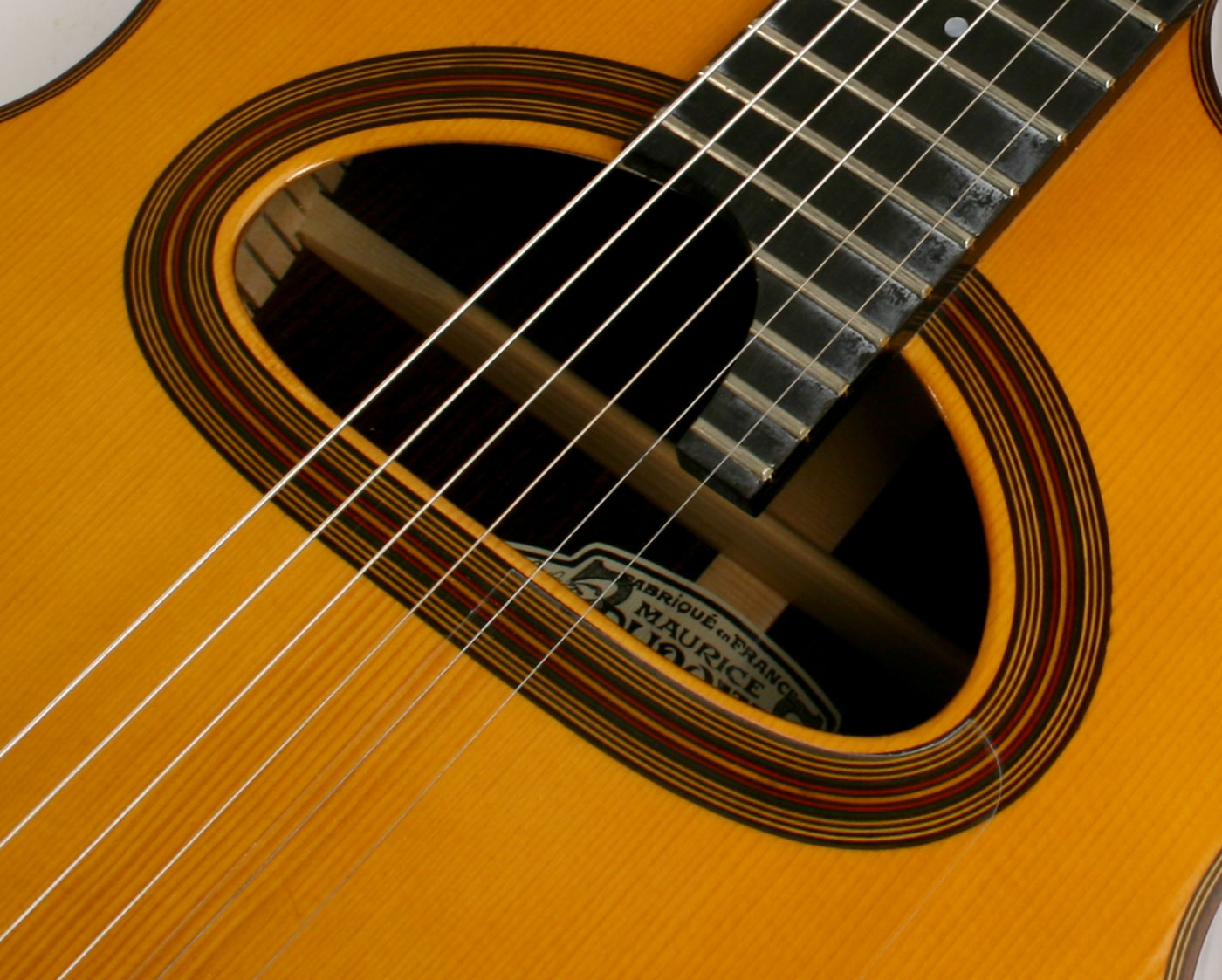 Follow Us Follow Us Follow Us Follow Us
Submit a Review
2014 Dupont MC30
Maurice Dupont has long been one of the most respected luthiers in France and one of the first contemporary makers to specialize in producing the Selmer Maccaferri guitar. Maurice first gained recognition as a builder of classical guitars and in 1989 was bestowed with the honor of "Best French Craftsman." Maurice was an apprentice of the legendary Gypsy guitar maker Jacques Favino, and in 1986 he began building his own Selmer style guitars which quickly became the most popular choice of professional Gypsy guitarists. Countless Gypsy stars including Raphael Fays, Biréli Lagrčne, Tchavolo Schmitt, and Romane have played Dupont guitars which appear on hundreds of recordings.

The MC30 model is Maurice Dupont's tribute to the legendary Maccaferri design. It has a 12 fret neck and shorter 640mm scale length which allows for easy playability and a lush, warm tone. Unlike most typical Selmer type guitars, this instrument has SOLID rosewood back and sides which adds to the warmth and complexity of the tone. This "Dream Guitar" was custom ordered with a few special features, most notably an aged heat bent top which produces the faster, springier attack that the original Maccaferri guitars were known for. This feature is normally only found on Dupont's flagship Vieille Reserve model which makes this a very special and unique instrument. Additionally, this instrument has been outfitted with a set of Dupon'ts top of the line DM tuners and DM tailpiece as well as a bigtone pickup.

Tonally this instrument is nothing short of heaven! It's full, thick tone produces big, warm chords and syrupy, flowing lead lines. These qualities make it a rhythm players dream, but it is also a surprisingly spunky lead guitar as well. If you're looking for a full bodied tone that is free of the strident qualities of the longer scale Selmers, then this instrument should make you very happy!