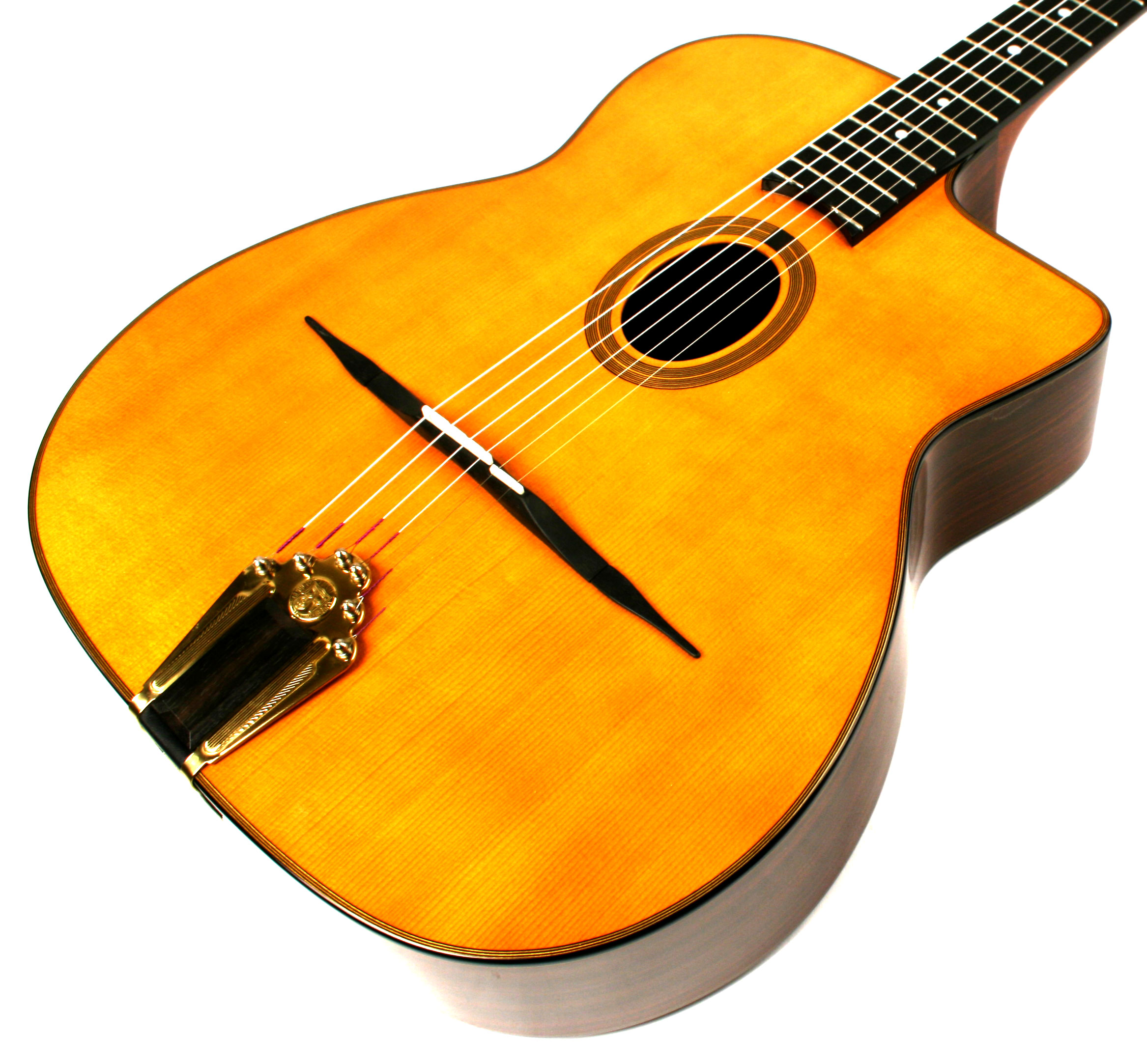 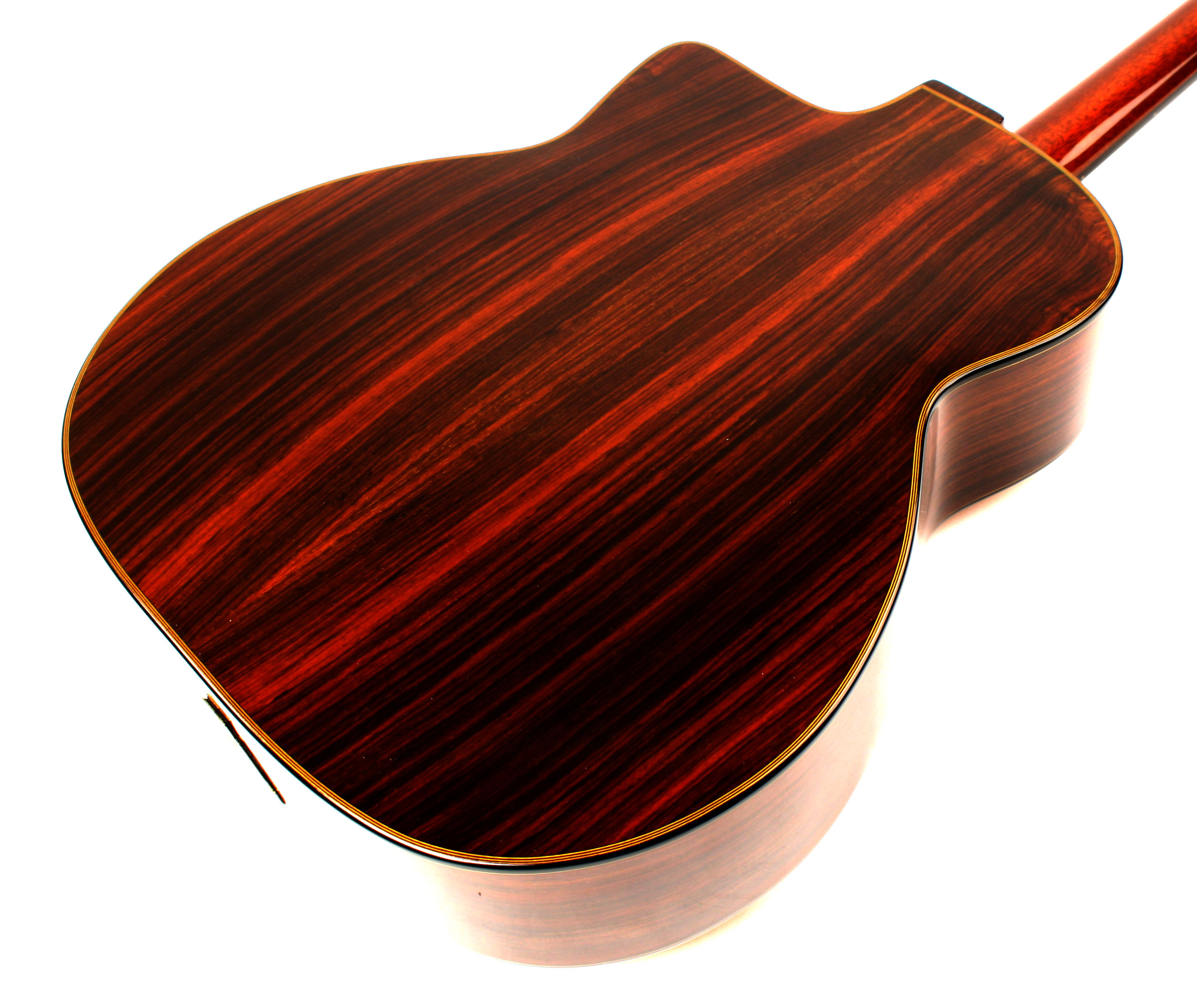 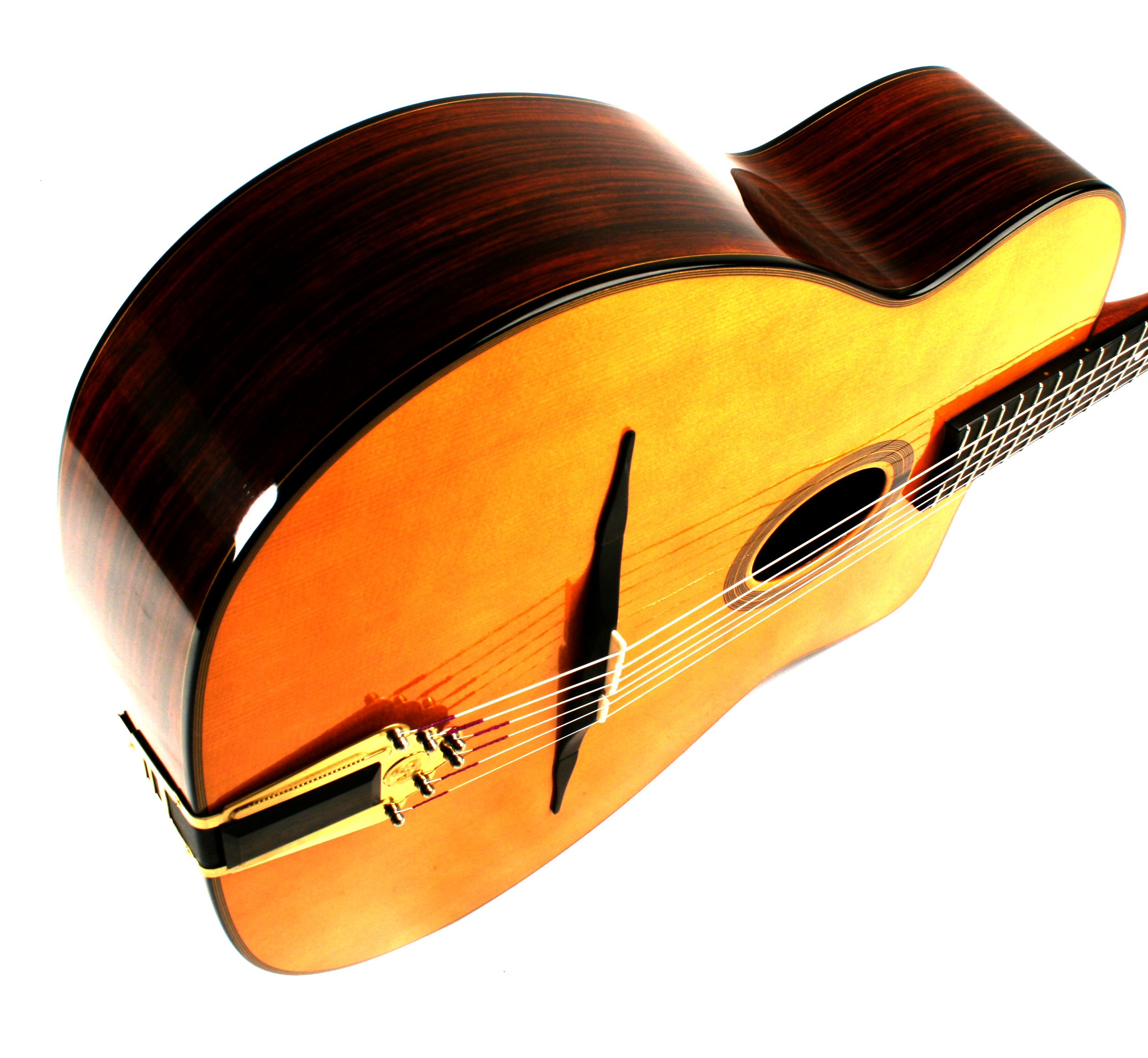 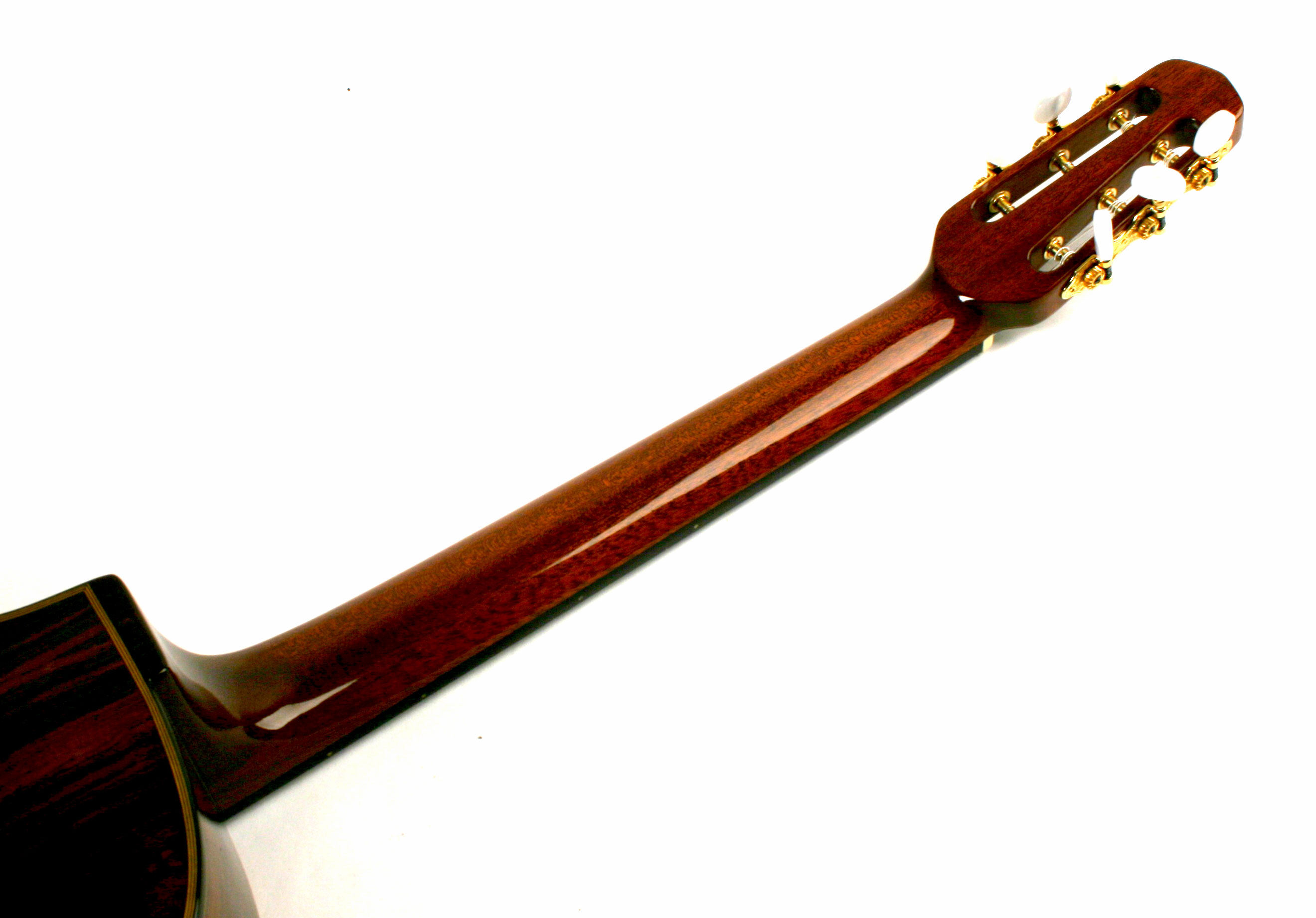 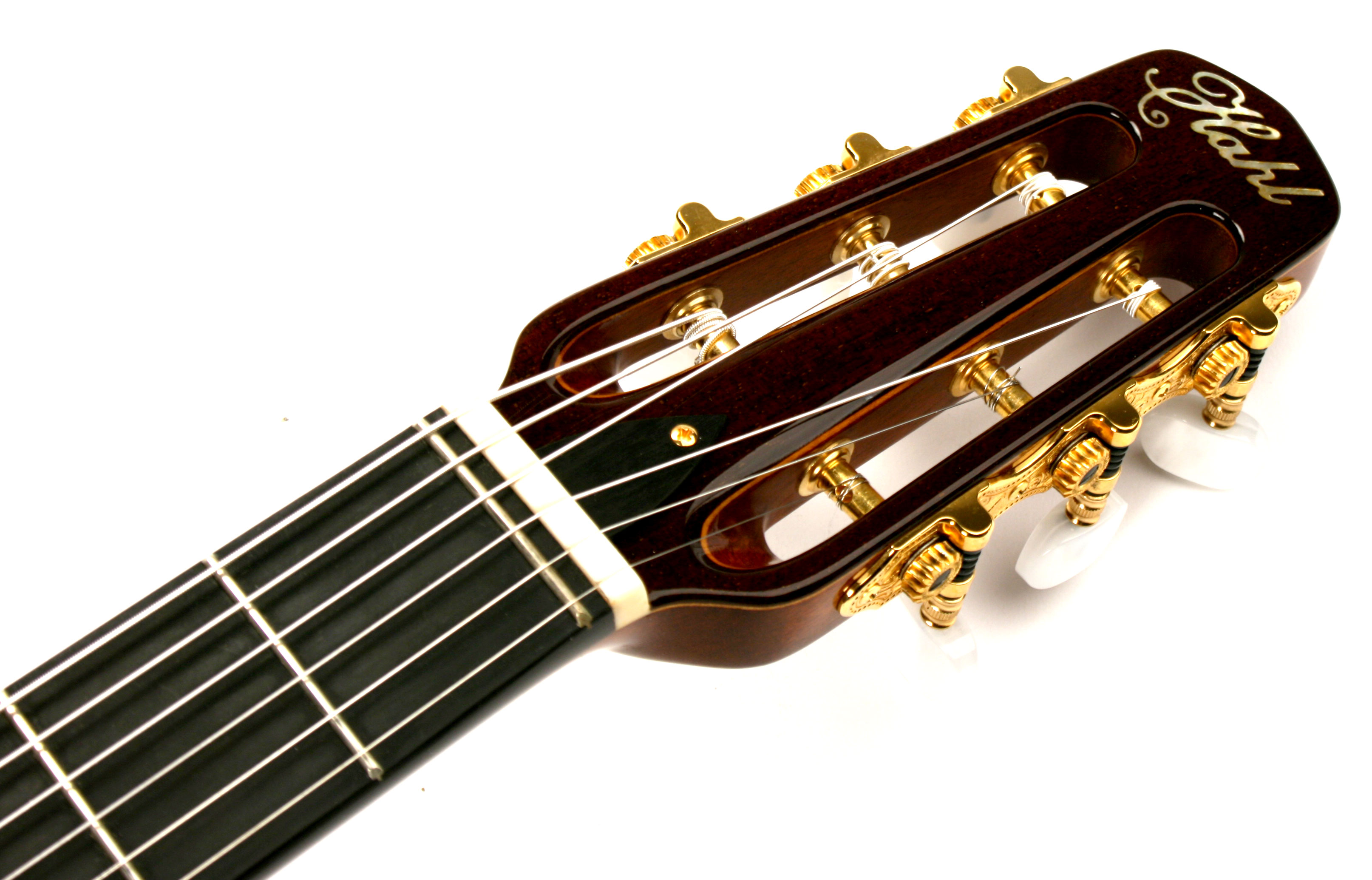 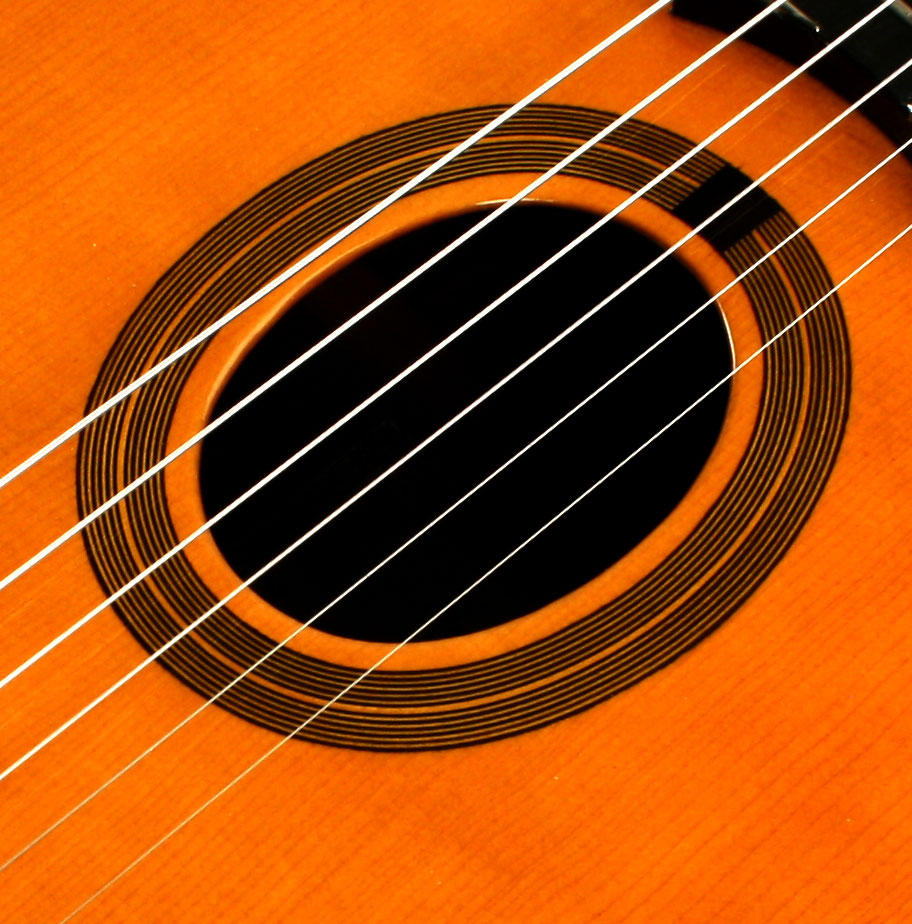 This new Gitano Plus oval hole by Stefan Hahl represents the ultimate in contemporary Selmer guitar design. Most builders today obsessively try to replicate the design and building techniques of "golden era" guitars like the original Selmers, Busatos, and later Favinos. Hahl has dared to be different by using the Selmer design, which he has studied extensively, as a starting point for something new and unique. His guitars characteristically combine the complexity, warmth, and listenability of archtops and flatops with the punch and clarity of Selmers. The real genius of his work is that he has succeeded in making a contemporary, sophisticated sounding Gypsy guitar without loosing the essence of the Selmer sound. Others have tried to make such a guitar, but the end result is that warmth and complexity are traded for clarity and punch, which results in a very muted and dull sounding guitar. Not so with Hahl. His guitars produce notes with a rounded, satisfying tone but are still springy enough to shoot out of the instrument in volume challenged situations.

This one-of-a-kind Gitano Plus model features a 40 year aged top which is normally reserved for the more expensive Gitano de Luxe line from Hahl. Subsequently, this Gitano has the tonal depth and projection that one would expect from Hahl's more expensive instruments, but at a lower price. When you play this wonderful guitar, there's no doubt that the 40 year aged top is working it's tonal magic. This instrument posses the sort of maturity and refinement that one normally expects in a finely aged vintage guitar. The highs are clear and defined, with a beautiful crispness that adds sizzle to your leads and "crunch" to your chords. The lower mids are particularly responsive, which adds a gutsy quality to chords and single note work on the low strings. Generally, the tone is open and complex, with a nice touch of natural reverb to it, but not so much it's overbearing. And as is the case with all of Hahl's guitars, it is fabulously easy to play. It almost feels like an electric! All in all, another wonderful instrument from Stefan!