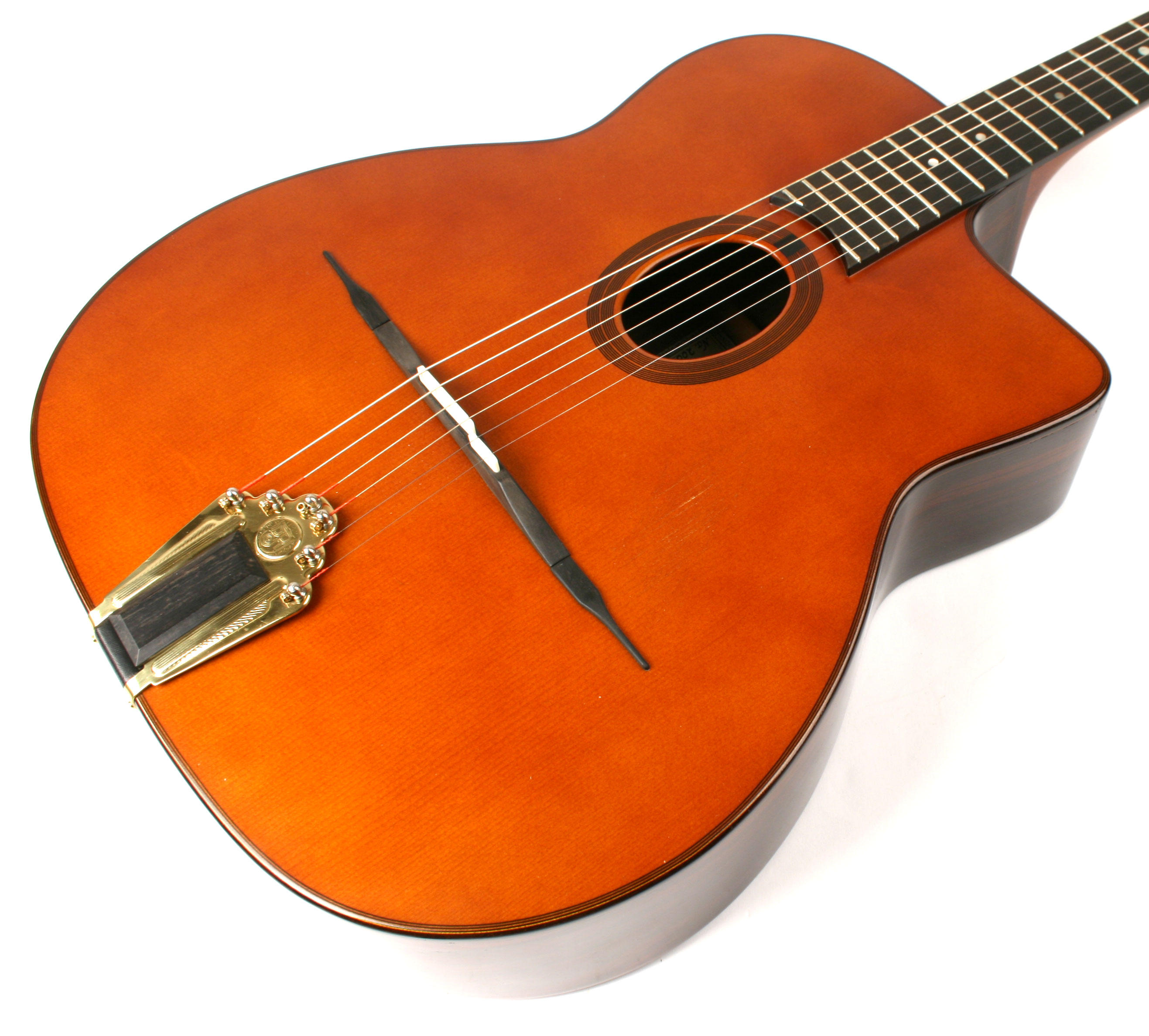 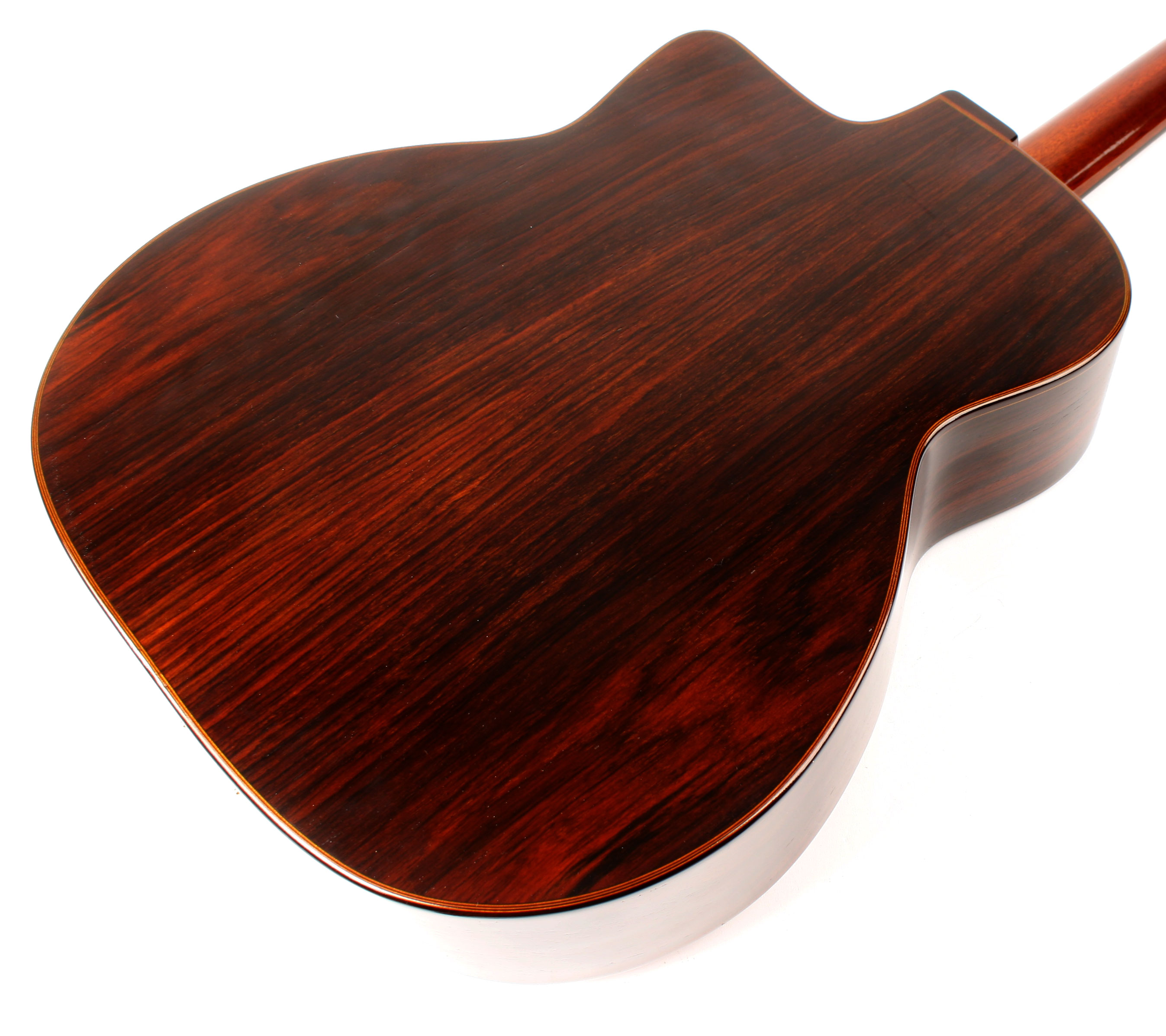 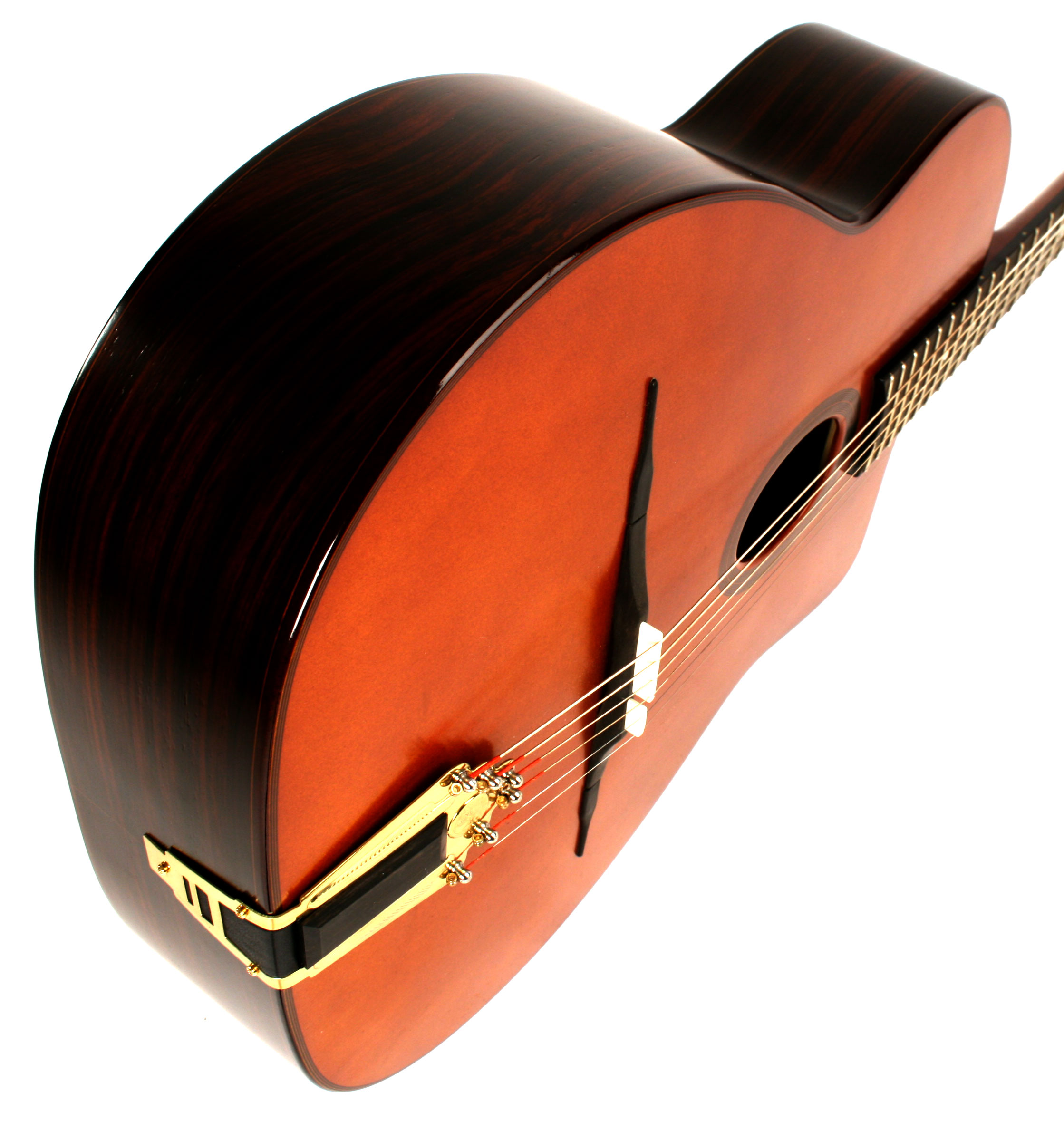 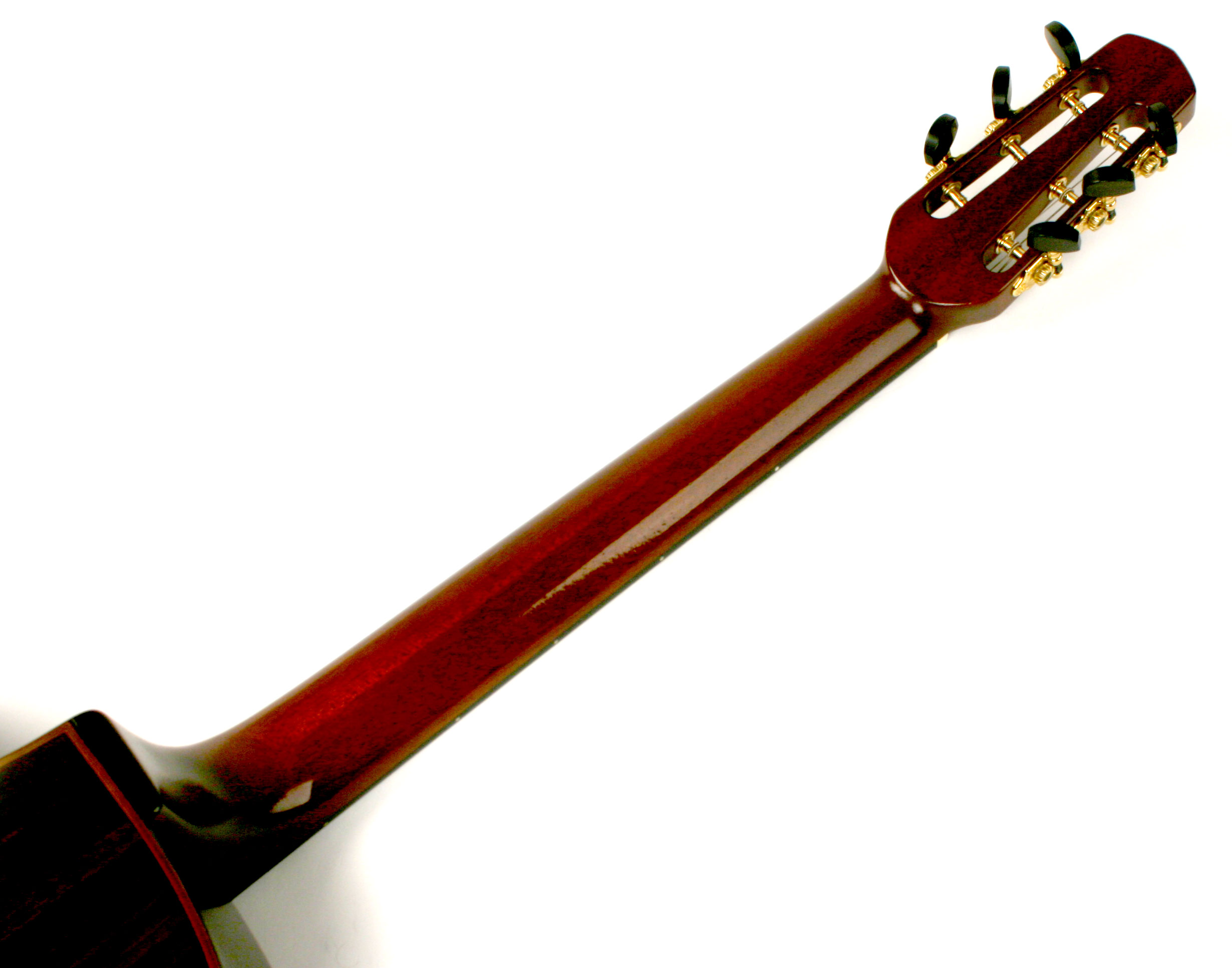 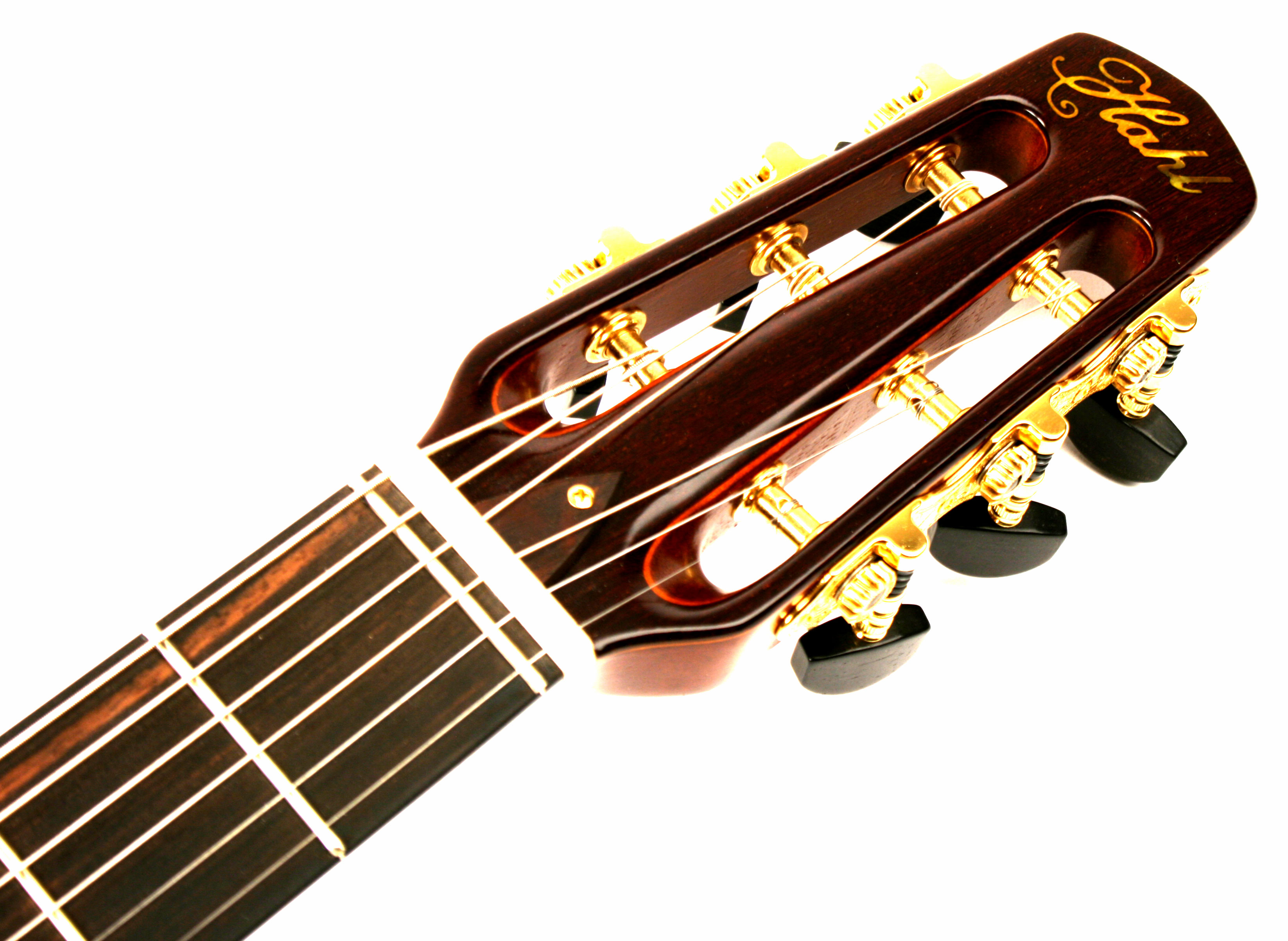 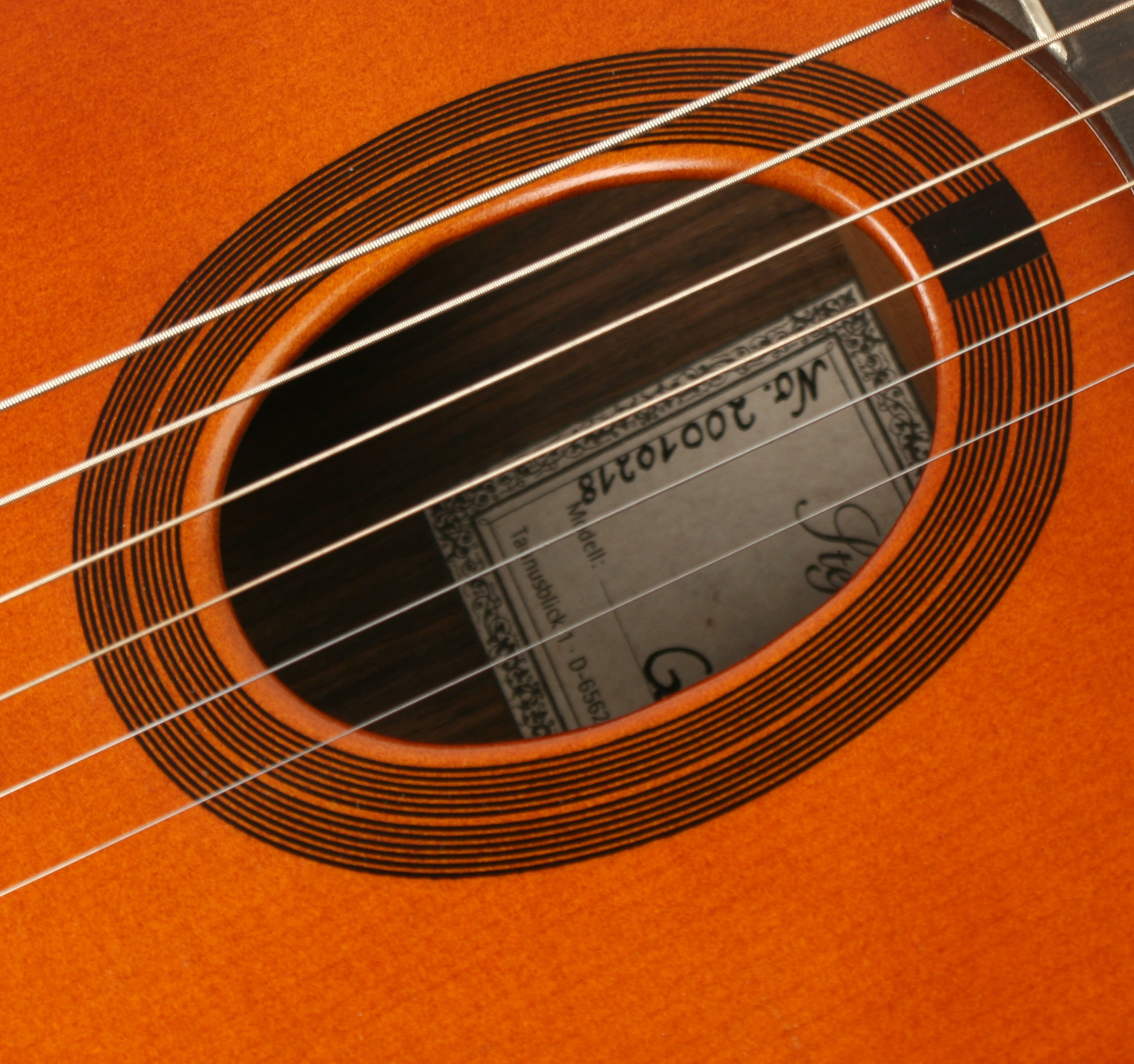 Follow Us Follow Us Follow Us Follow Us
Submit a Review
2010 Hahl Gitano
This 2010 Gitano by Stefan Hahl represents the ultimate in contemporary Selmer guitar design. Most builders today obsessively try to replicate the design and building techniques of "golden era" guitars like the original Selmers, Busatos, and later Favinos. Hahl has dared to be different by using the Selmer design, which he has studied extensively, as a starting point for something new and unique. His guitars characteristically combine the complexity, warmth, and listenability of archtops and flatops with the punch and clarity of Selmers. The real genius of his work is that he has succeeded in making a contemporary, sophisticated sounding Gypsy guitar without loosing the essence of the Selmer sound. Others have tried to make such a guitar, but the end result is that warmth and complexity are traded for clarity and punch, which results in a very muted and dull sounding guitar. Not so with Hahl. His guitars produce notes with a rounded, satisfying tone but are still springy enough to shoot out of the instrument in volume challenged situations.

This Gitano model features Indian rosewood back and sides and a spruce top. Hardware includes a set of gold Schaller three on a plate tuners with ebony buttons and a DR tailpiece. The bridge utilizes Hahl's unique split bone saddle design.

Tonally this instrument is everything you'd expect of from a premiere builder like Hahl. It's warm, balanced, and authoritative with a character that is the perfect balance between traditional Gypsy and modern jazz. It's incredibly forgiving, to the point that you really have to try to make this guitar sound bad! Additionally, it is currently setup with super slick 2.4mm action so it plays like a dream without any buzzing or other tonal issues.


This used example is in excellent condition. It has some pickwear but is otherwise in "like new" condition. Even the frets look almost new! Hahl no longer makes these lower priced Gitano models (he now only builds the more expensive De Lux and Super De Luxe guitars,) so this is a great opportunity to own a Hahl for thousands less than his current models.