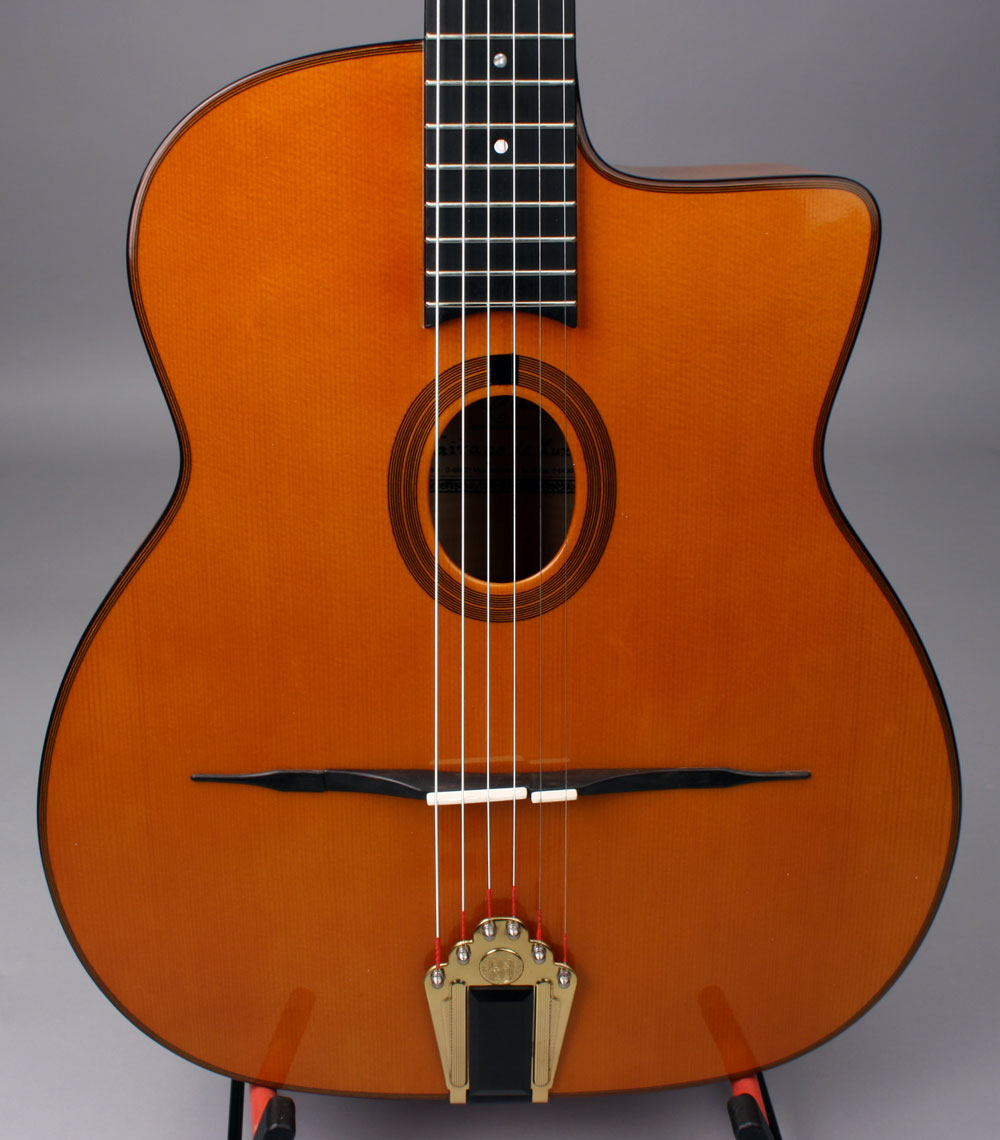 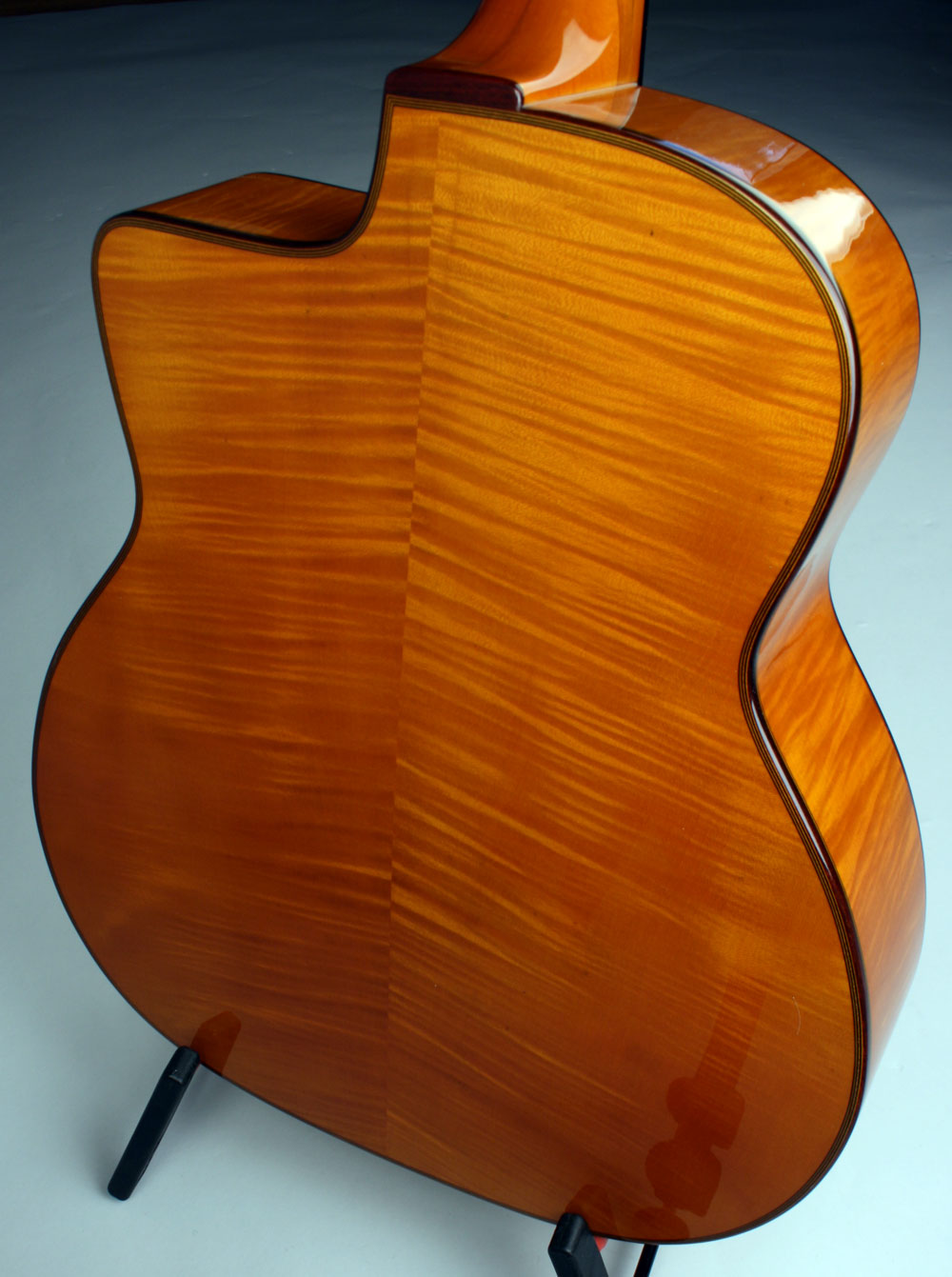 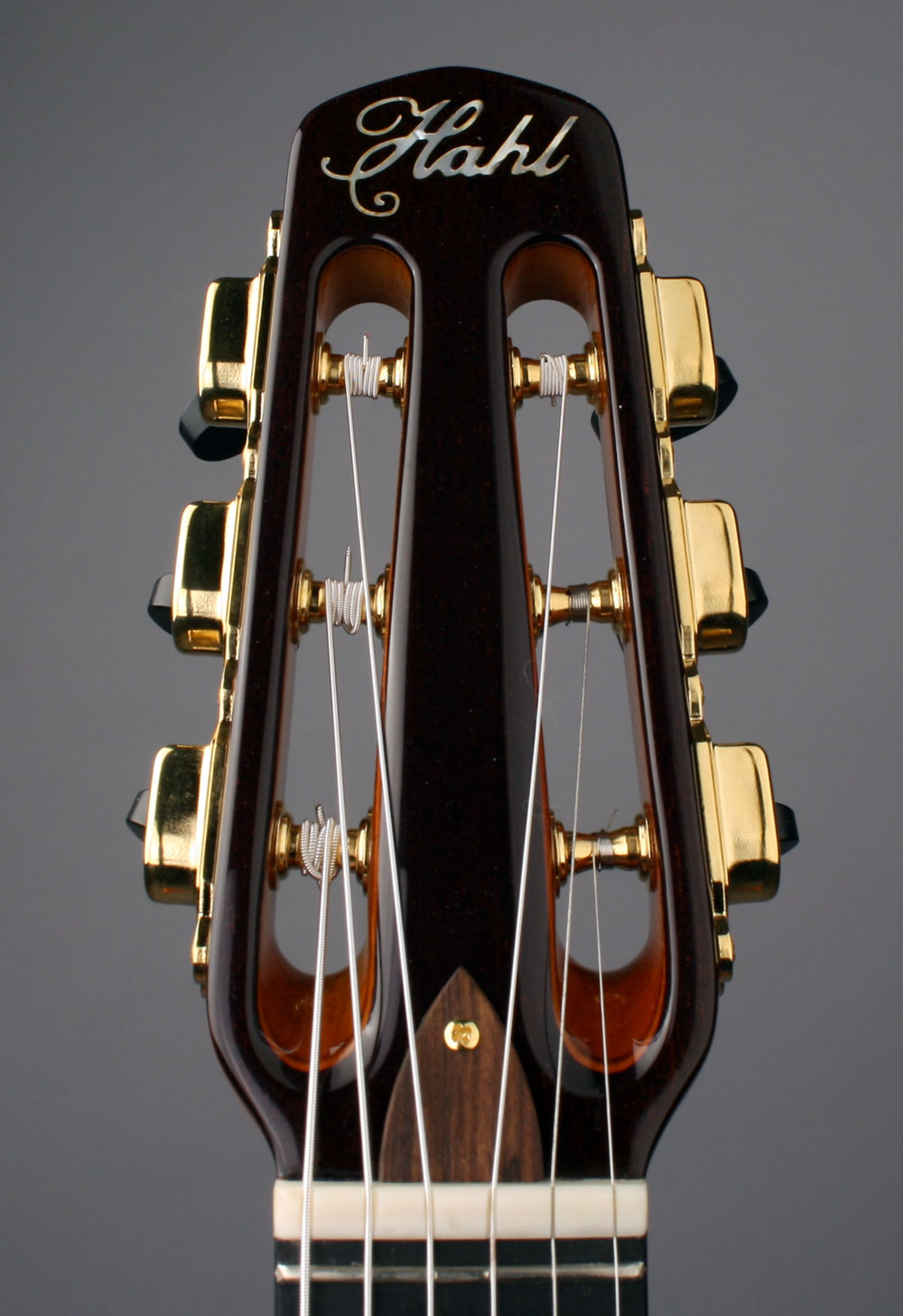 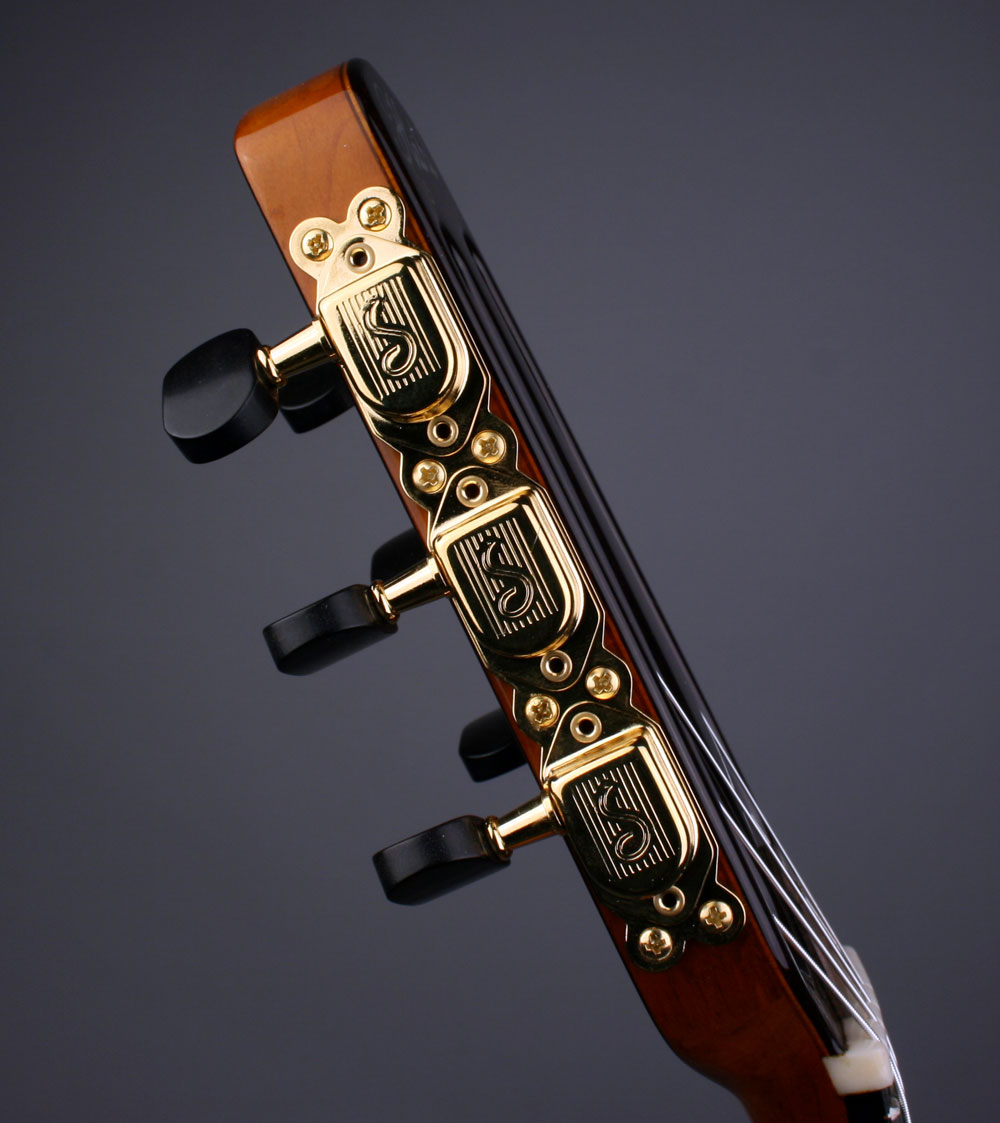 This 2011 Deluxe Gitano by Stefan Hahl represents the ultimate in contemporary Selmer guitar design. Most builders today obsessively try to replicate the design and building techniques of "golden era" guitars like the original Selmers, Busatos, and later Favinos. Hahl has dared to be different by using the Selmer design, which he has studied extensively, as a starting point for something new and unique. His guitars characteristically combine the complexity, warmth, and listenability of archtops and flatops with the punch and clarity of Selmers. The real genius of his work is that he has succeeded in making a contemporary, sophisticated sounding Gypsy guitar without loosing the essence of the Selmer sound. Others have tried to make such a guitar, but the end result is that warmth and complexity are traded for clarity and punch, which results in a very muted and dull sounding guitar. Not so with Hahl. His guitars produce notes with a rounded, satisfying tone but are still springy enough to shoot out of the instrument in volume challenged situations.

This unusually beautiful example features stunning 40 year aged tiger maple back and sides, a 40 year aged European spruce top, and three piece maple neck with a mahogany spline. It is outfitted with a set of closed Schaller Deluxe tuners with ebony buttons and a DR tailpiece. The ebony bridge includes two removable bone saddle pieces which can be replaced to adjust the action. Two sets of saddle pieces are included with the guitar.

The sound of this guitar lives up to Hahl's reputation as a builder of "modern Gypsy guitars." The single notes are warm, thick, and rounded in character yet still have the fast attack and "pop" that Gypsy players need. Chords are rich, full, and complex; a rare trait for a Selmer style guitar, especially the oval hole models. Even the open "cowboy" chords like G, D, C, etc sound so full you'd swear it's a flatop. Yet, the guitar still has that springy punch for leads that Selmers are known for. This is a guitar that one minute can be used to play an archtop like chord melody arrangement of a standard and then the next minute be belting out Gypsy leads around the campfire. Hahl is the only luthier who balances these two characteristics so well and this guitar is one of the best in that dual role.