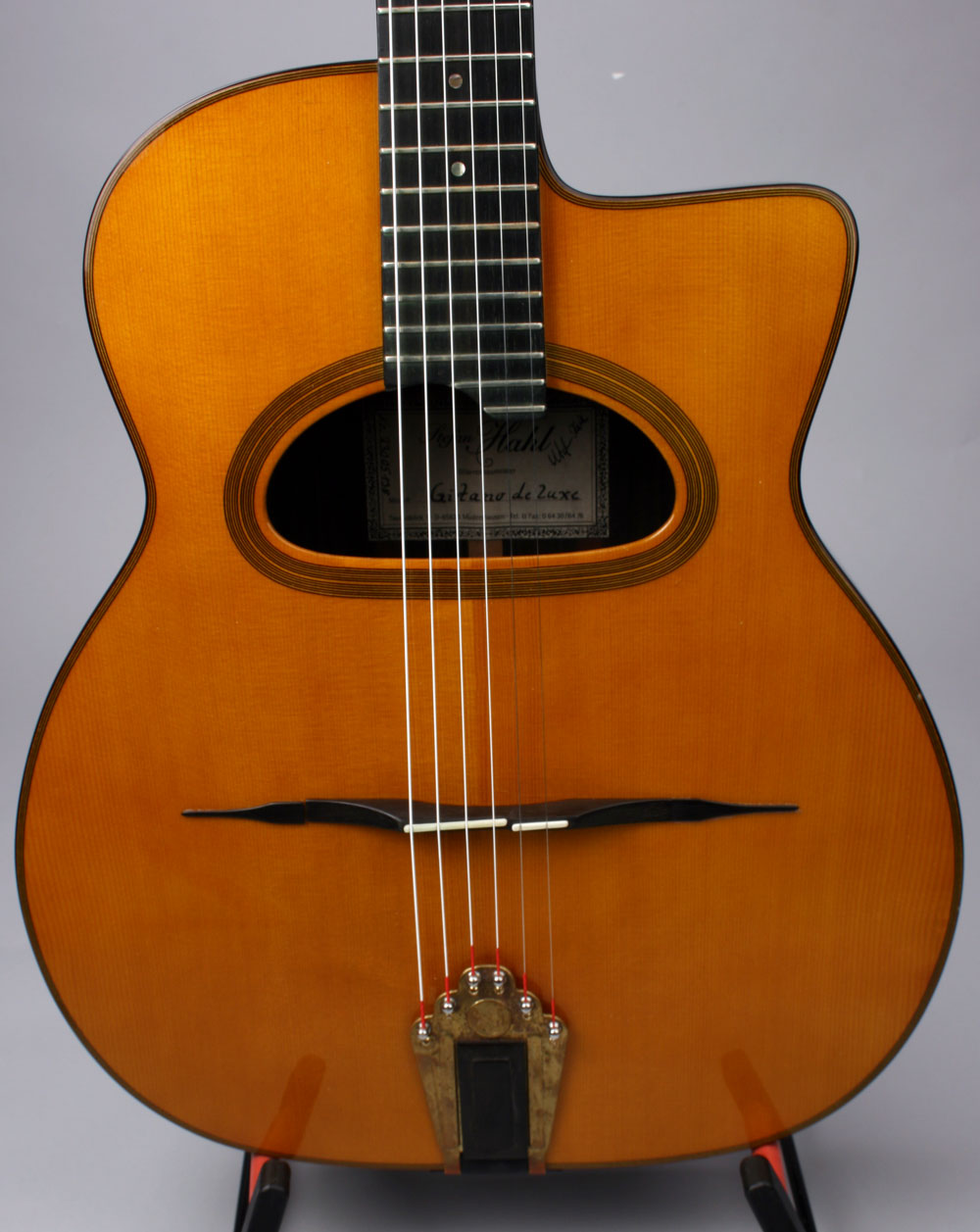 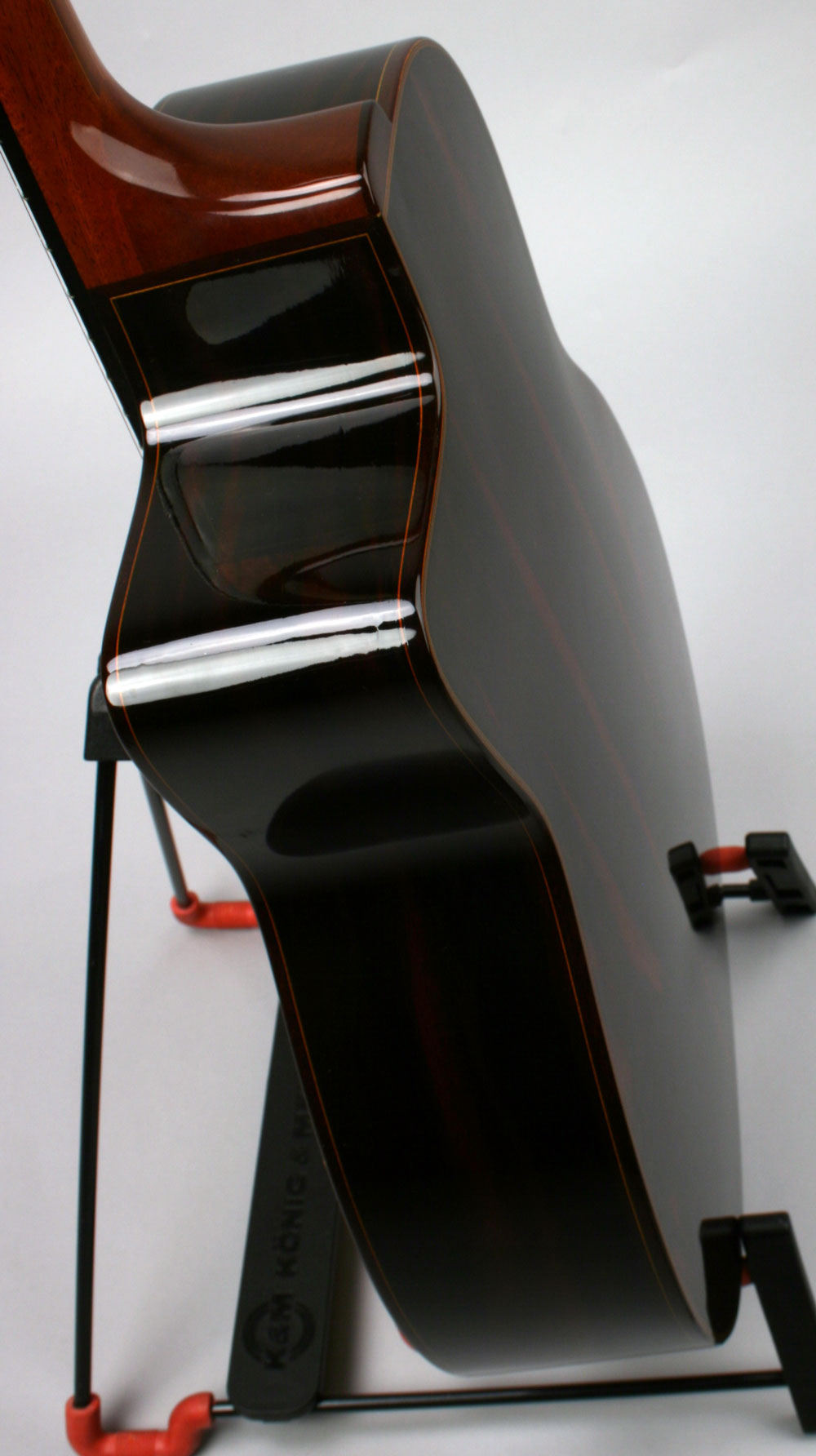 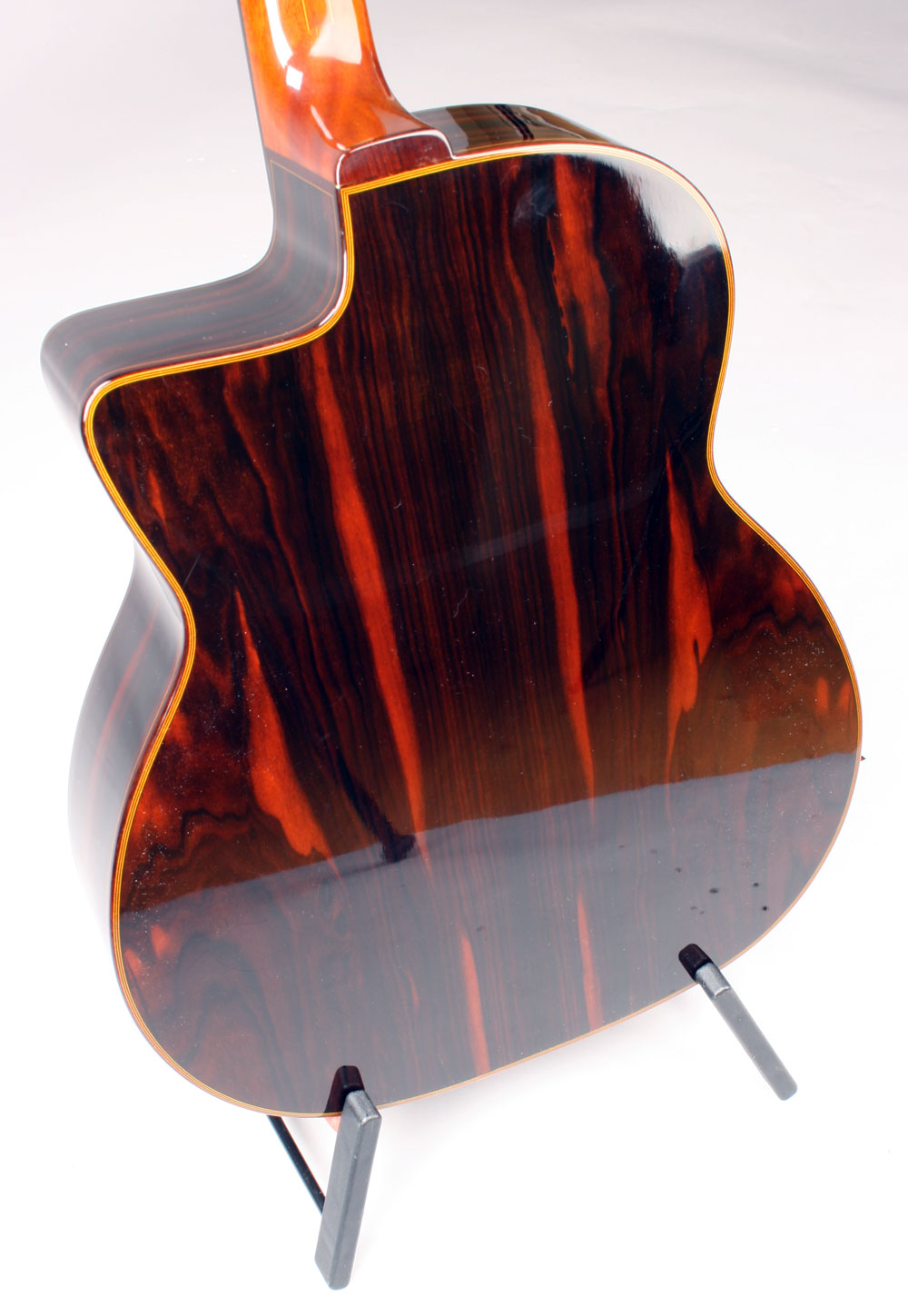 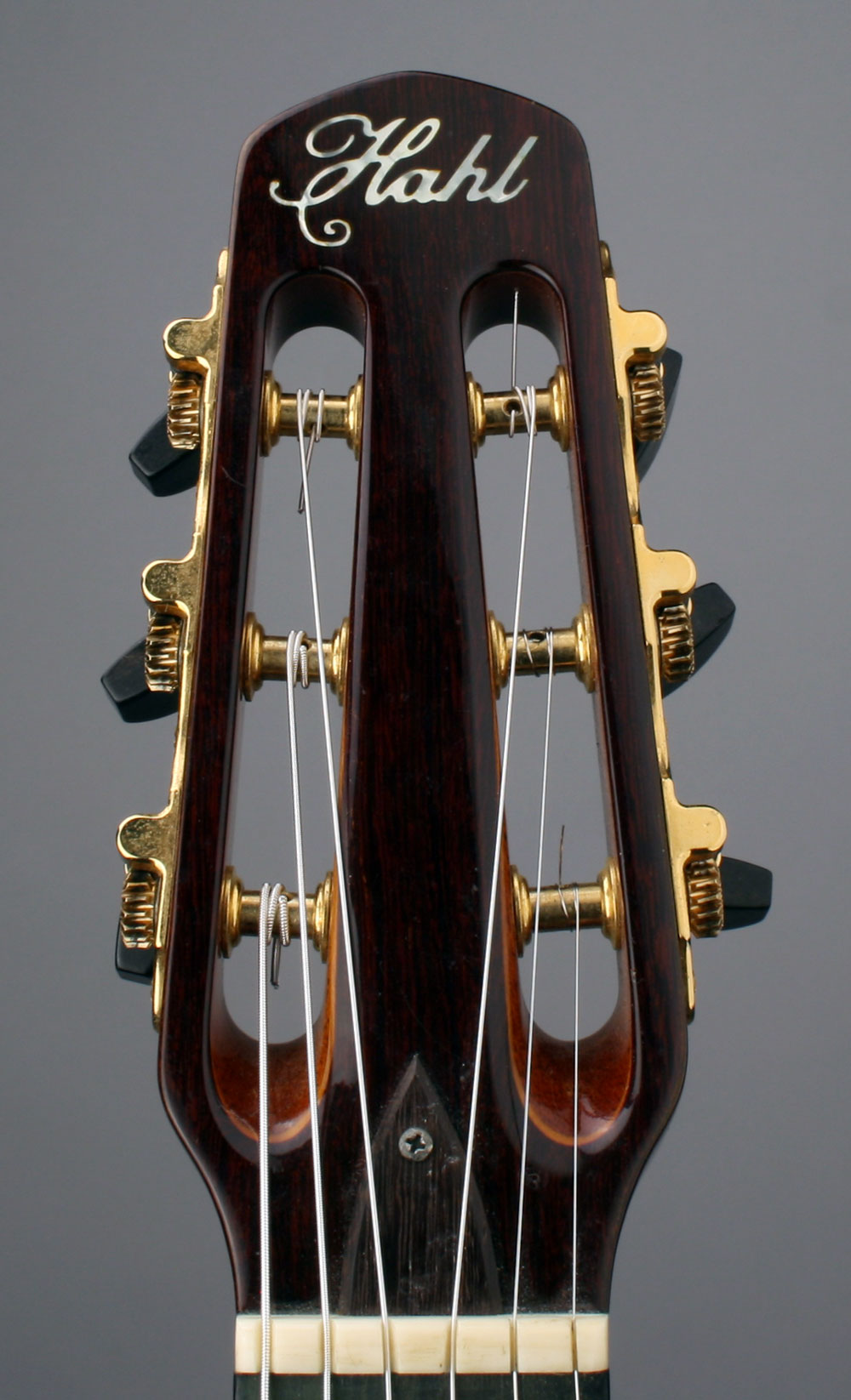 This Deluxe Gitano by Stefan Hahl represents the ultimate in contemporary Selmer guitar design. Most builders today obsessively try to replicate the design and building techniques of "golden era" guitars like the original Selmers, Busatos, and later Favinos. Hahl has dared to be different by using the Selmer design, which he has studied extensively, as a starting point for something new and unique. His guitars characteristically combine the complexity, warmth, and listenability of archtops and flatops with the punch and clarity of Selmers. The real genius of his work is that he has succeeded in making a contemporary, sophisticated sounding Gypsy guitar without loosing the essence of the Selmer sound. Others have tried to make such a guitar, but the end result is that warmth and complexity are traded for clarity and punch, which results in a very muted and dull sounding guitar. Not so with Hahl. His guitars produce notes with a rounded, satisfying tone but are still springy enough to shoot out of the instrument in volume challenged situations.

This example from 2004 features 40 year aged woods: spruce top, beautiful massacar ebony back and sides, ebony bridge, and a mahogany neck with a walnut spline. Hardware includes a DR tailpiece and Schaller 3 on a plate tuners.

With ultra low, 2.2mm action, this guitar feels more like an archtop than Gypsy guitar. Even the most challenging passages float effortlessly off this guitar.

The condition is excellent. Other than some light scratches on the back and a few small dings on the binding, it looks almost new.

Sonically, this guitar is among Hahls' best! It has everything I expect from him: rich, modern complexity; a balanced low end, and singing highs that are crisp but never harsh; and lastly lots of volume! Although this is the De Luxe Gitano, it sounds almost exactly like the Super De Luxe model I had a few years ago (same model Bireli Lagrene plays.) It has the same astounding tone and projection and this one doesn't cost $16K.