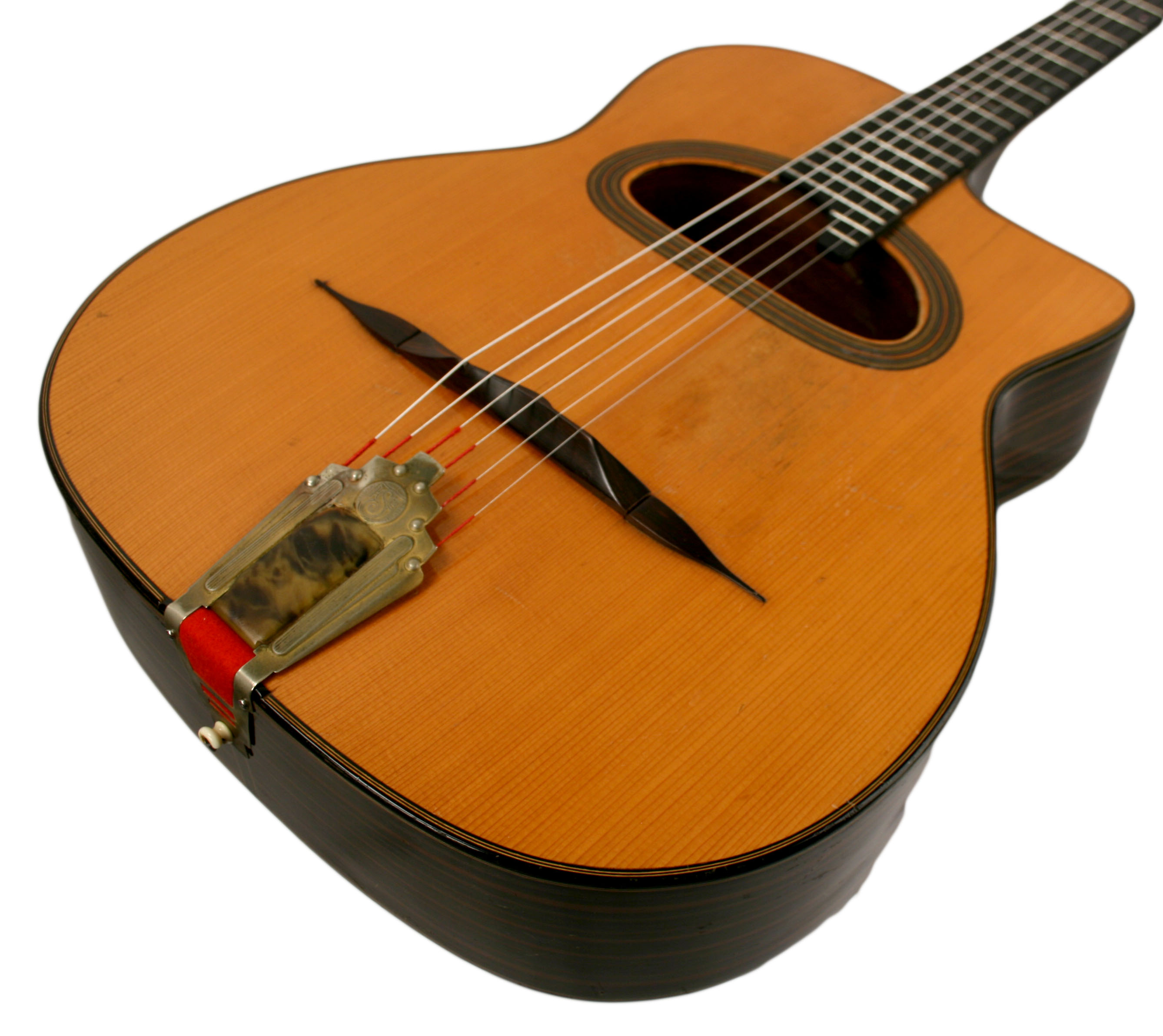 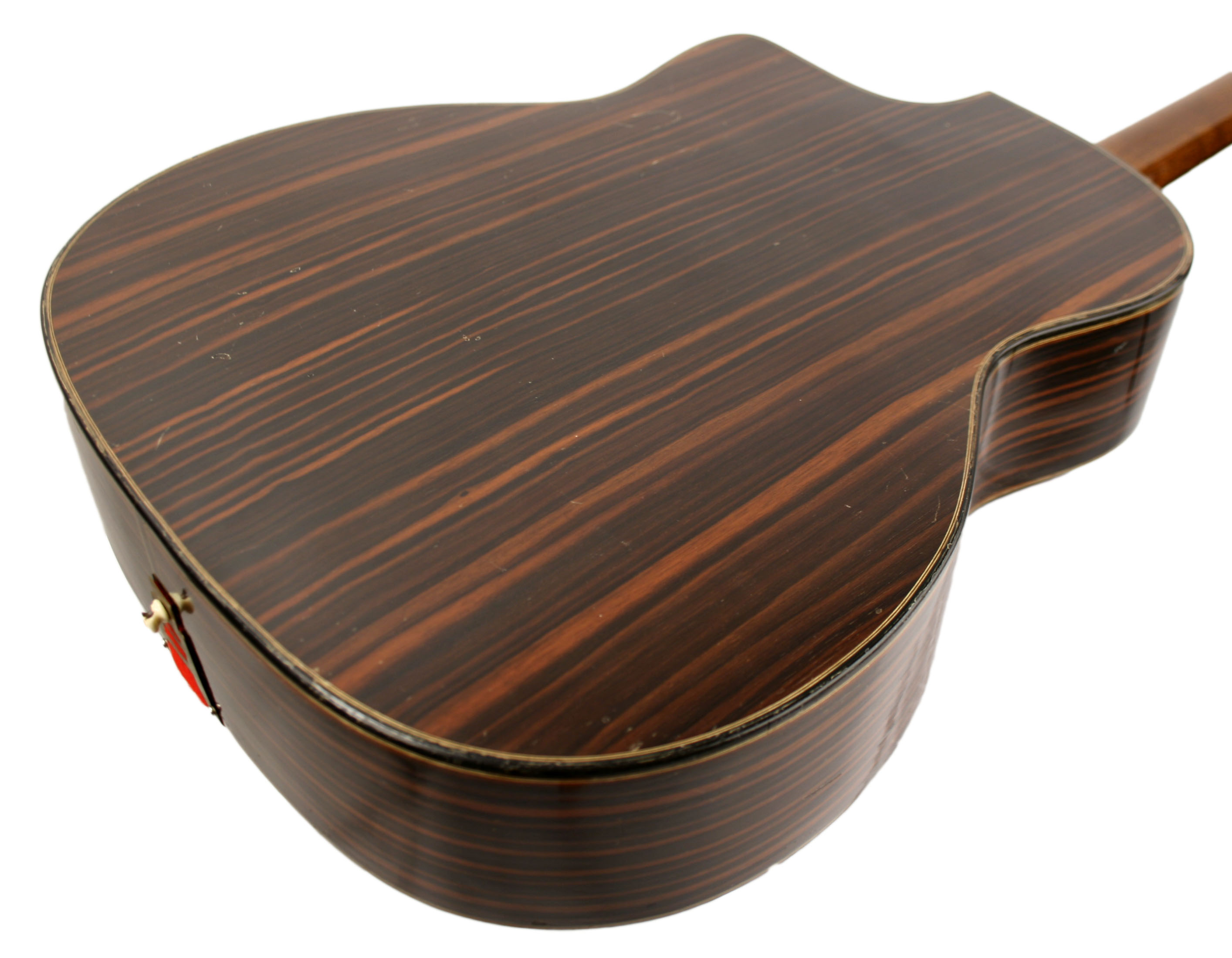 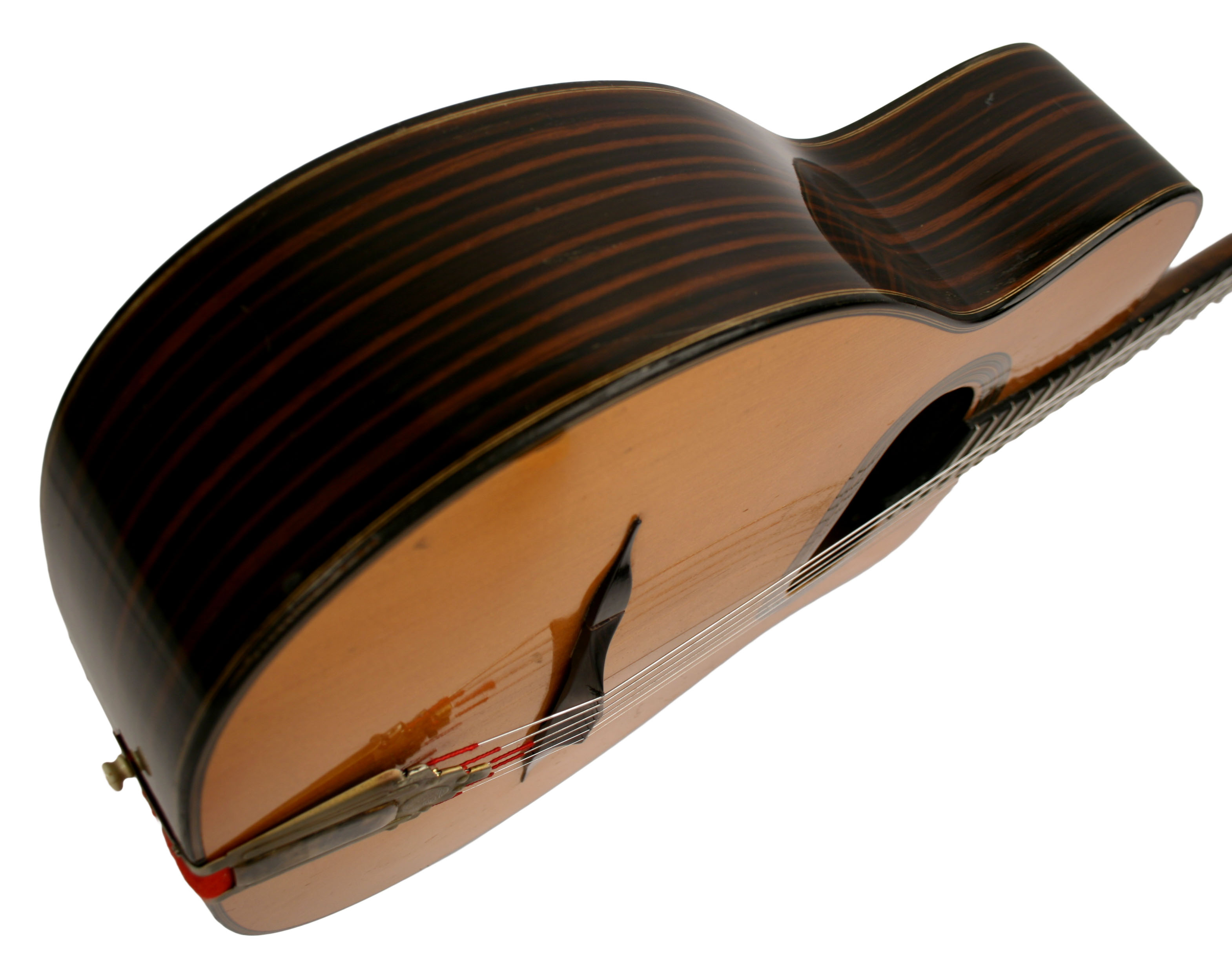 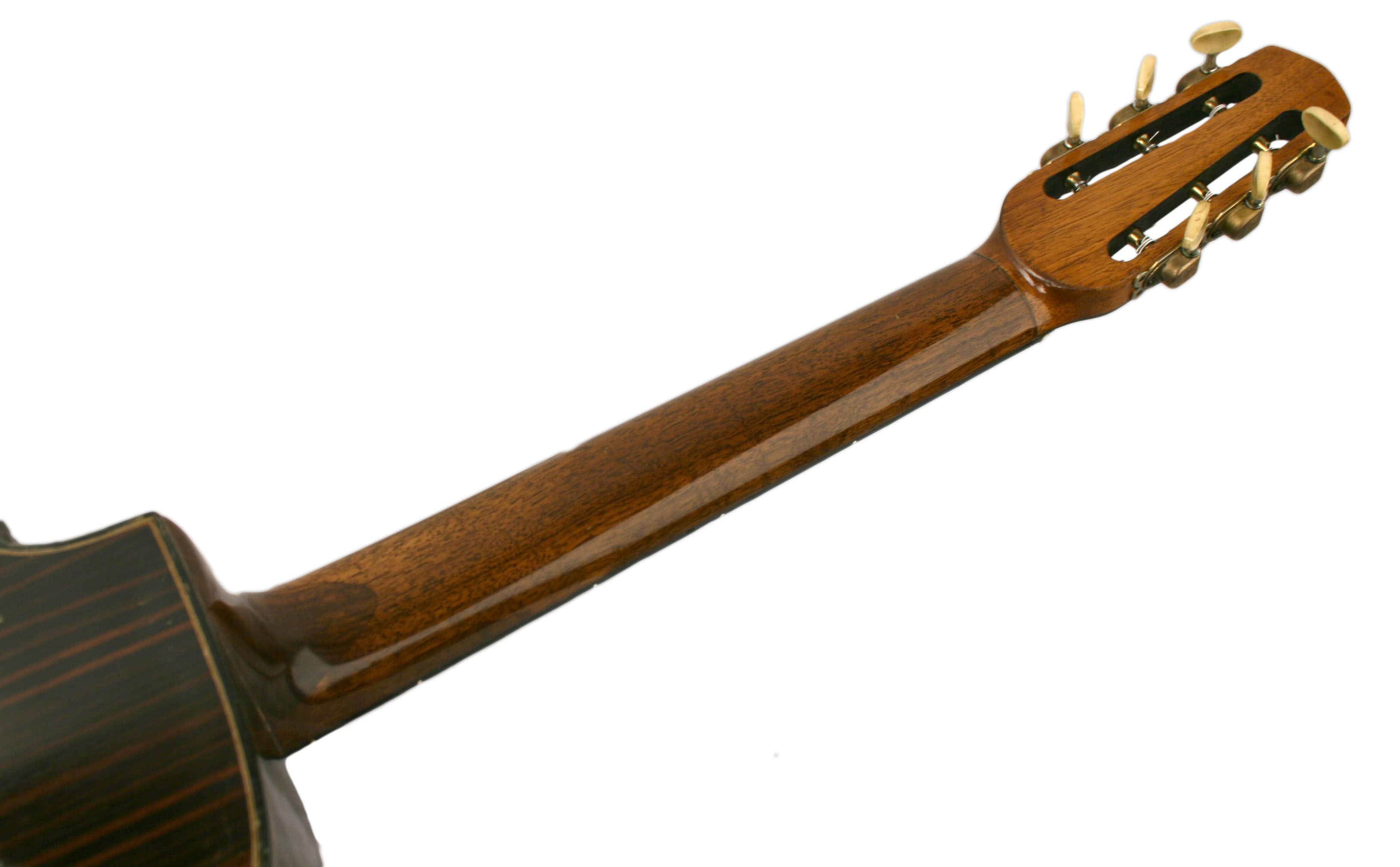 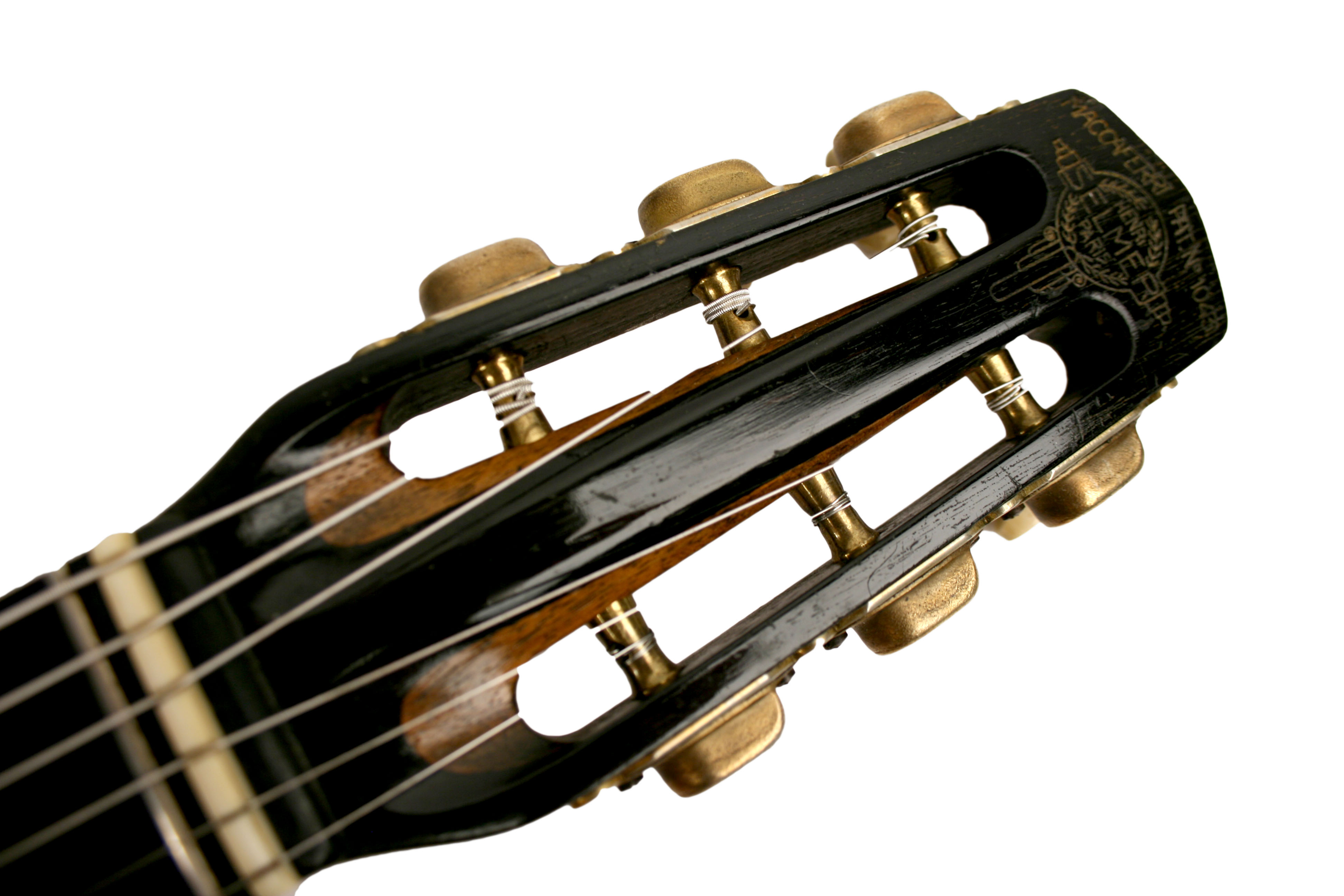 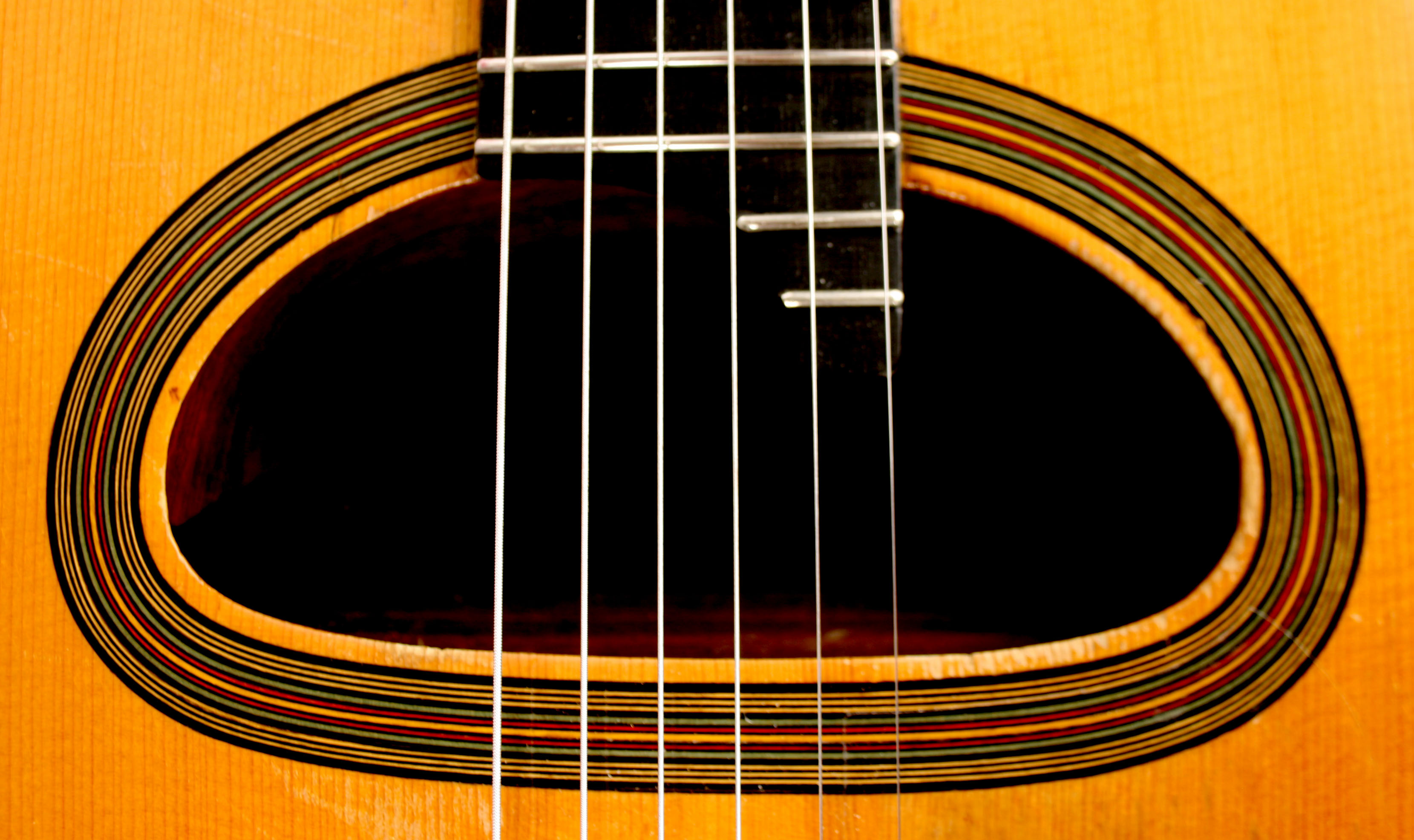 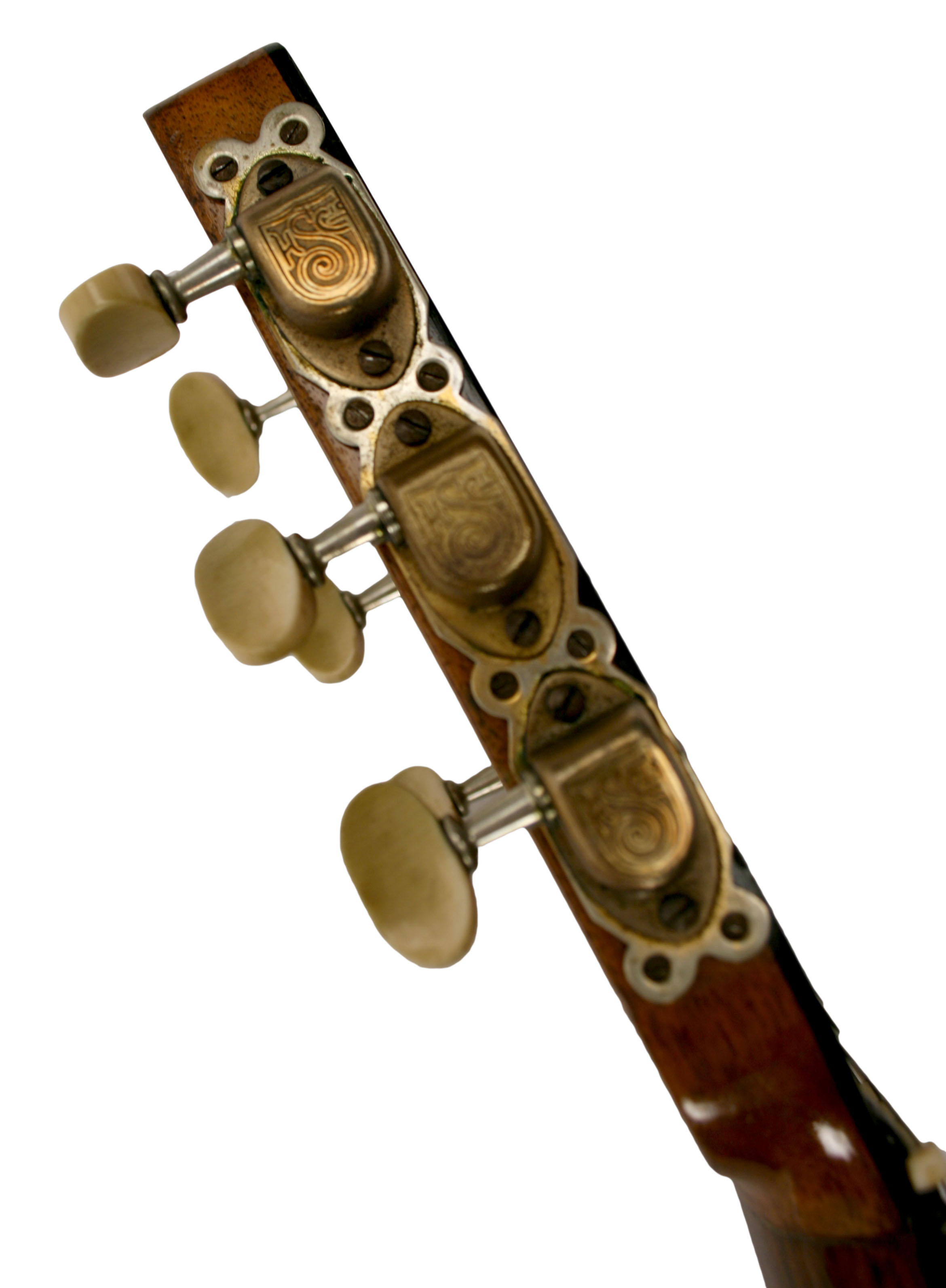 This wonderful guitar is one of the few surviving examples of the pre-production models built by Selmer under the direction of Mario Maccafferi. The Selmer log book only lists a handful of the first hundred guitars they produced as official record keeping didn't start until they reached serial #100. These pre-production models are exceedingly rare and for that reason, are highly coveted by collectors and players.

Pre-production models all have serial numbers below 100 and usually share the following traits:

- An engraved bakelite label mounted on the internal resonator

- The serial number is engraved on the top of the headstock

Additionally, this particular example was constructed with macassar ebony back and sides which, to my knowledge, makes it the only Selmer ever built using macassar ebony.

Other than these small variations, this example is typical of the Orchestre model that was produced from 1932 through 1934, at which point Maccaferri left Selmer and the transitional period began, culminating in the later petite bouche model that Selmer built until 1952. Django Reinhardt made the Orchestre model (also called the Jazz model) famous via his early recordings with The Hot Club of France. Additionally, Django's accompanists (i.e. Joseph Reinhardt, Roger Chaput, Baro Ferret, etc.) also made extensive use of the Orchestre model as did Django's Argentinian contemporary Oscar Aleman.

Prewar Selmer guitars of any kind are exceedingly rare, with well preserved Orchestre models being one of the most elusive models. This fine example is very well preserved, with the internal resonator intact (many were removed and later Orchestre models were built without it.) It has all the original hardware, including a fully functioning set of HSC tuners and the rare, early stair stepped version of the HSC tailpiece with a tortoise insert. The only modifications this guitar has had in it's long life are the addition of banjo style fingerboard inlays, new frets, and a new bridge. There is one small crack underneath the pickguard but it is bounded by the braces and the pickguard has kept it stable. There are possibly two other small top cracks on the bass and treble upper bouts, but they don't appear to go all the way through (it's tough to know for sure because the resonator blocks the view) and seem to be completely stable.

This instrument has been professionally setup and plays easily and buzz free with low, slinky 2.6mm action.

And now for the best part, The Sound! Sonically, this instrument is nothing short of a religious experience. The incredible volume it produces seems to defy physics while the tone is something dreams are made of. This instrument posses that rare ability to produce a lush and rounded tone that is full and satisfying without being overly dark, muddy, and washed out. Chords sound nearly symphonic, with a tonal response that challenges the limits of human hearing while single note lines are reminiscent of a flugalhorn, with a rounded, thick character and plenty of punch. Ultimately guitars are personal, but I dare to find a guitarist of any kind who wouldn't find this remarkable instrument outstanding in every way.

Check out the rare video in the sidebar of a young Bireli Lagrene playing this very instrument!

In recent years, examples of well preserved Maccaferri Orchestre models have sold in the $50K range making this well priced one a great opportunity to get a stellar example at below market price.