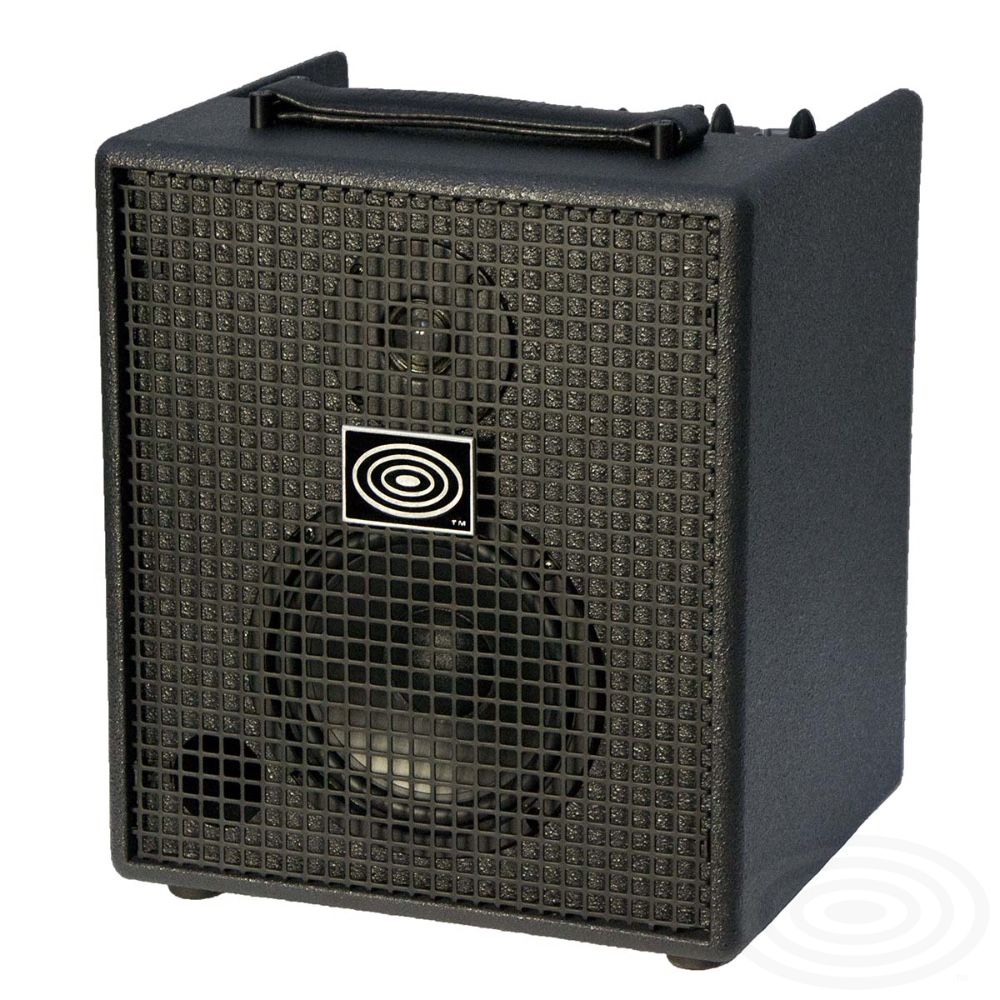 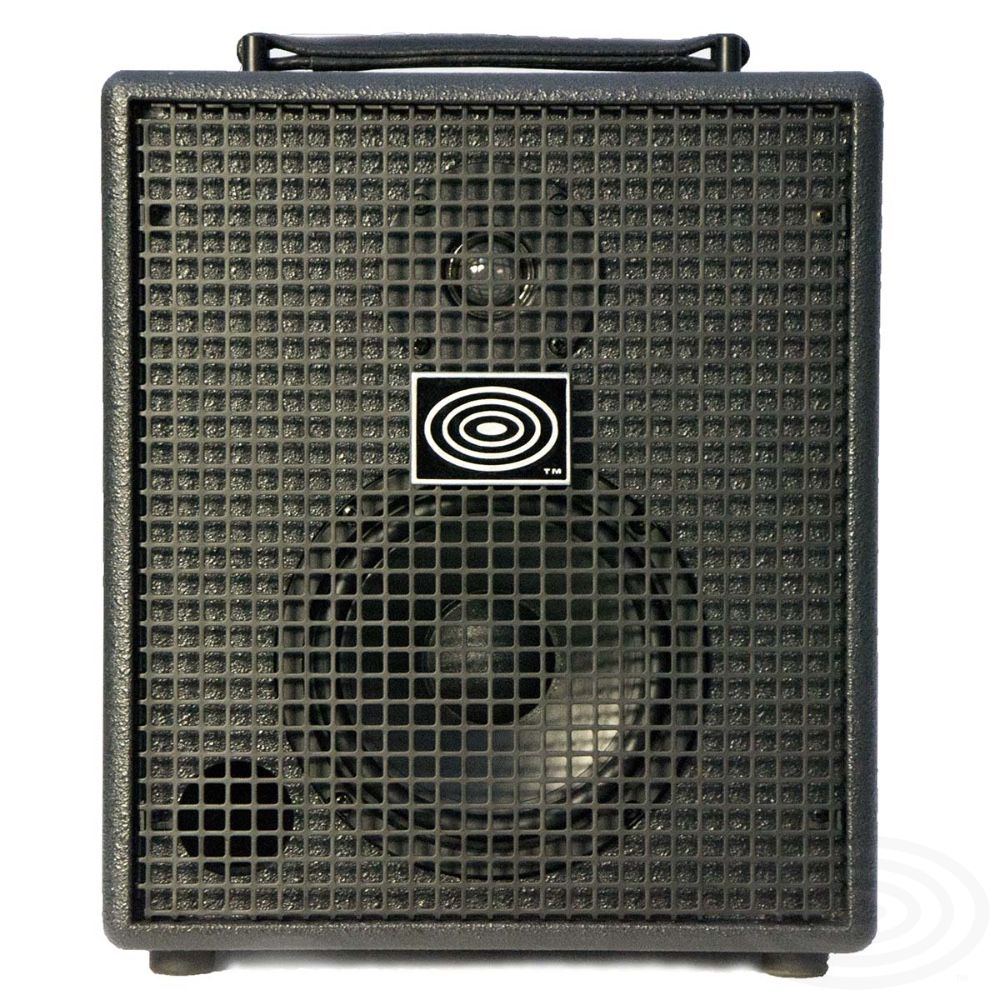 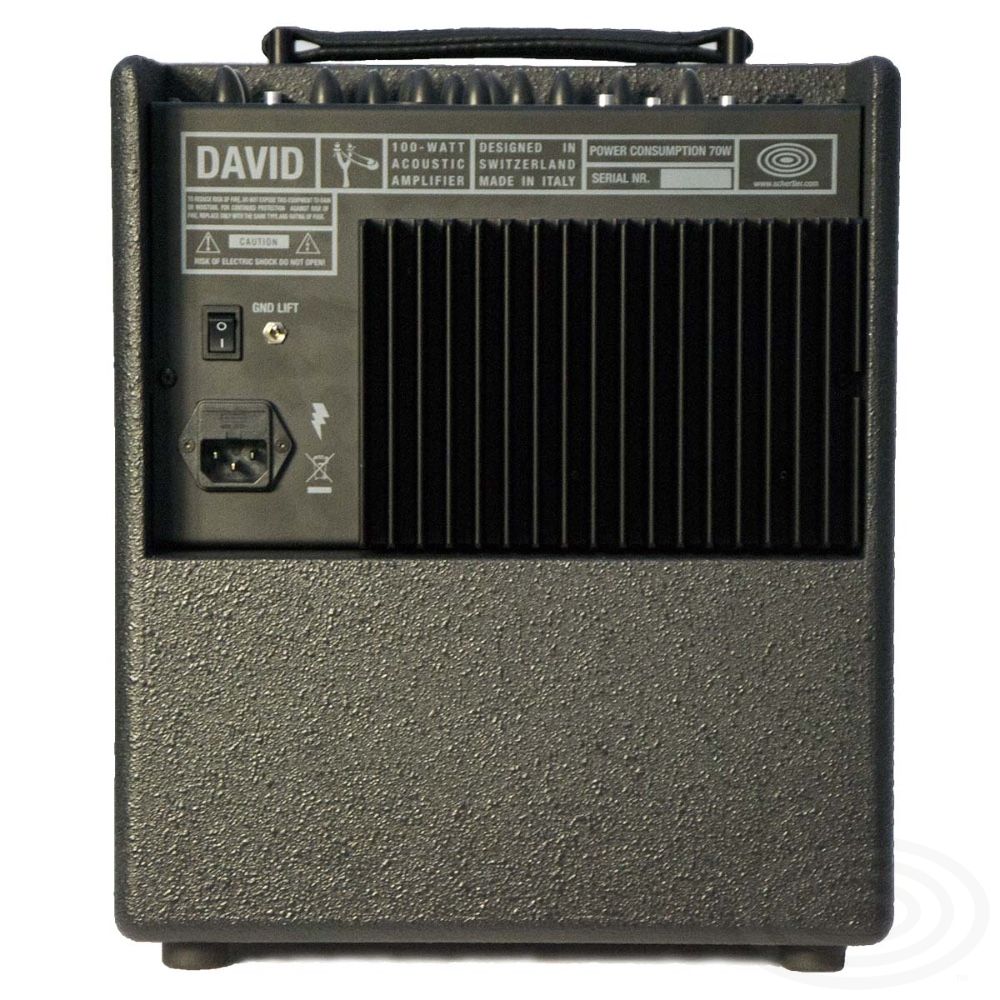 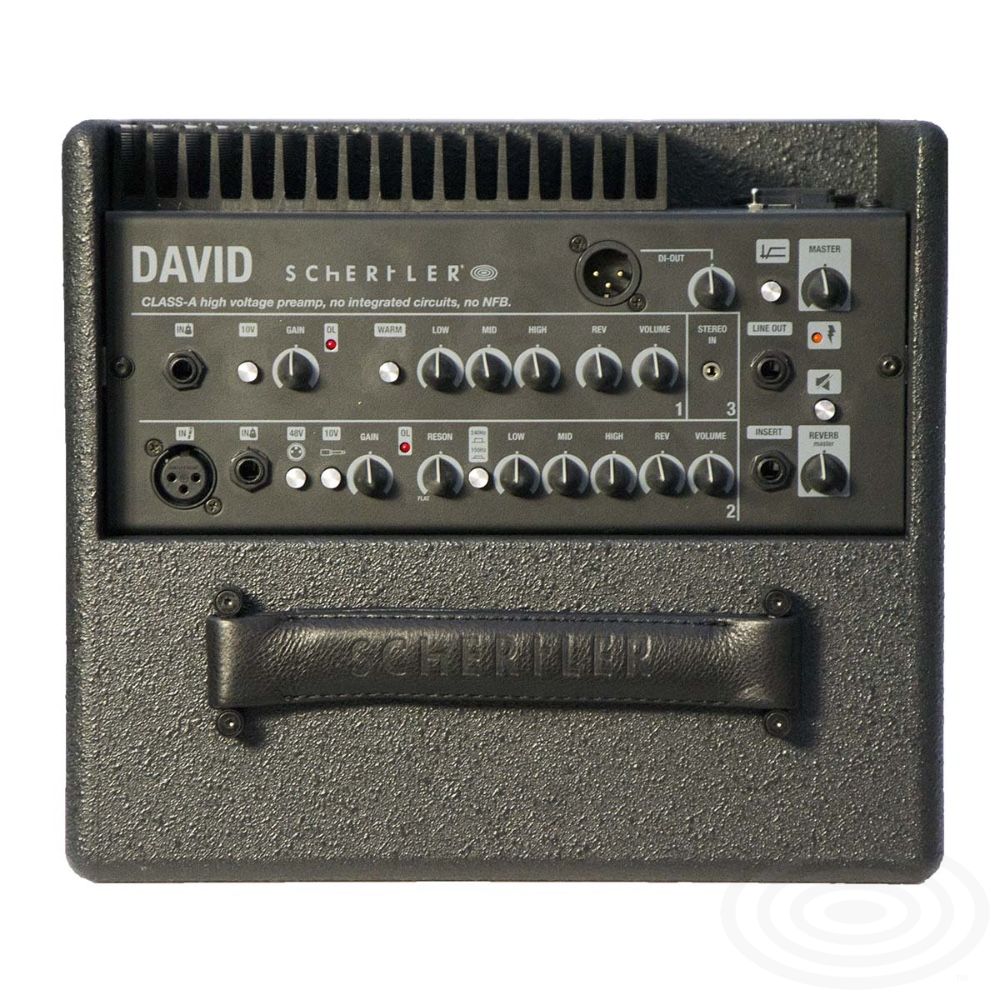 A Versatile Acoustic Amplifier with a Cutting Edge Features

The Schertler David is a powerful, lightweight acoustic amplifier with 100W of power, 2 channels, and arguably the clearest, most natural sound of any acoustic amp on the market! This unit features a two way 6" woofer, a 1" dome tweeter, and a Class A preamp which will add warmth and clarity to your sound.

The Schertler David has two main channels: the first channel has a 1/4" instrument input and the second channel has both an XLR mic input with phantom power and another 1/4" input. A third channel has a mini stereo input for an MP3 player. An insert plug is also included which can be used with Schertler's nondestructive side-chained volume pedal or any other dynamics processing device. The output section includes a Line Out, adjustable DI, and an AUX as well as a low cut filter and a mute switch.

Advanced Signal Processing is at Your Fingertips

Folding wedge that allows you to position an amp at a 30 degree angle for better dispersion.