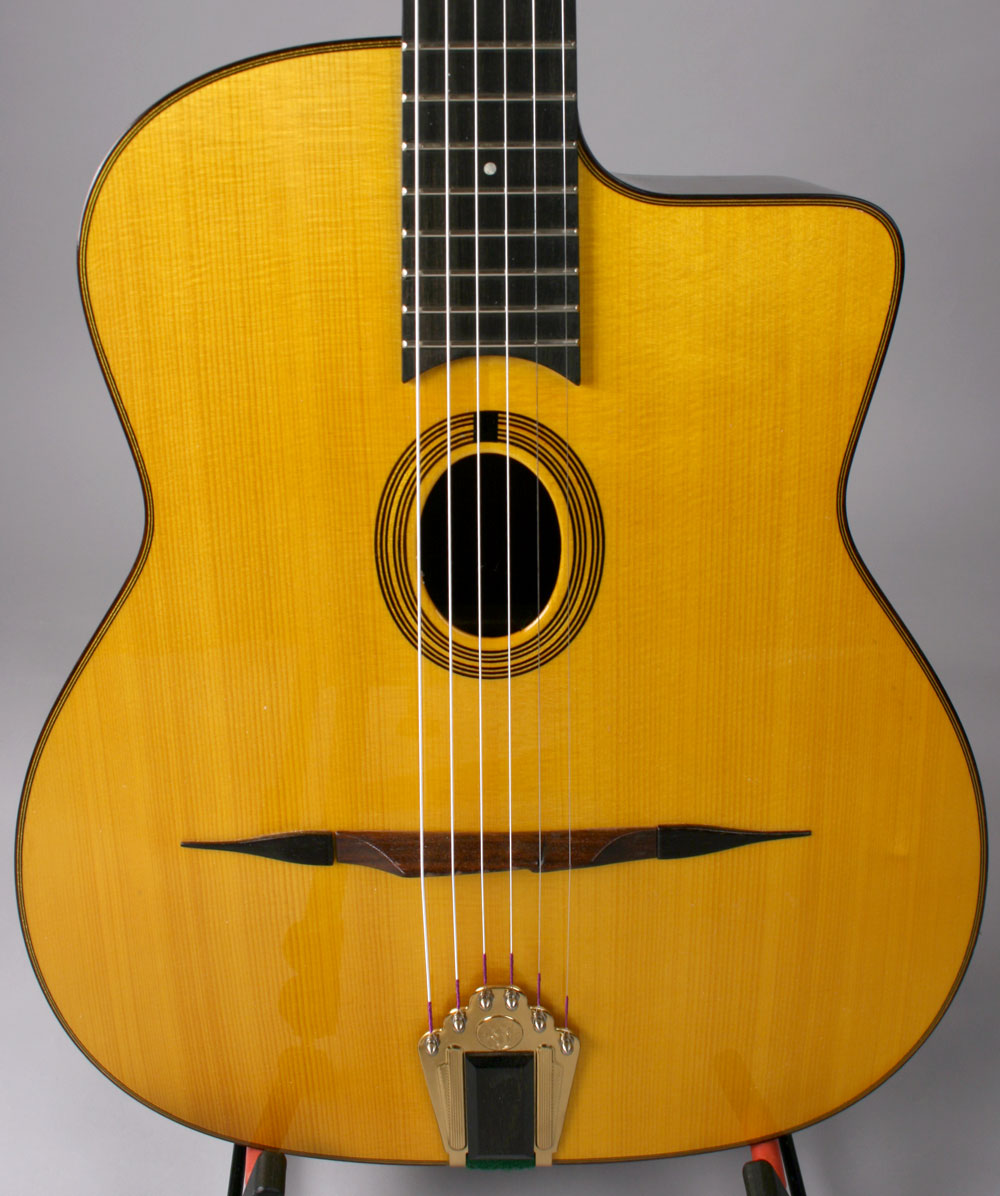 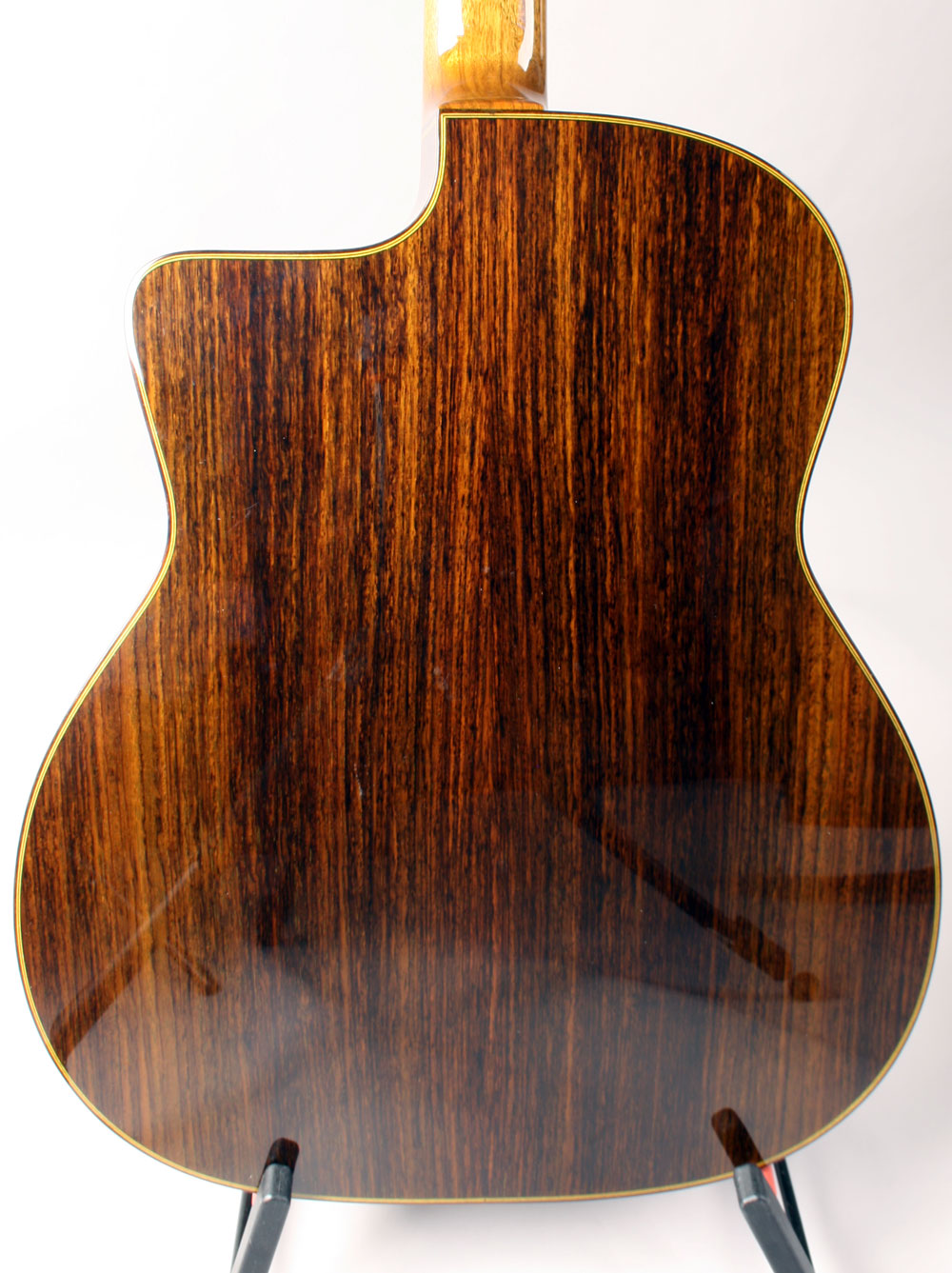 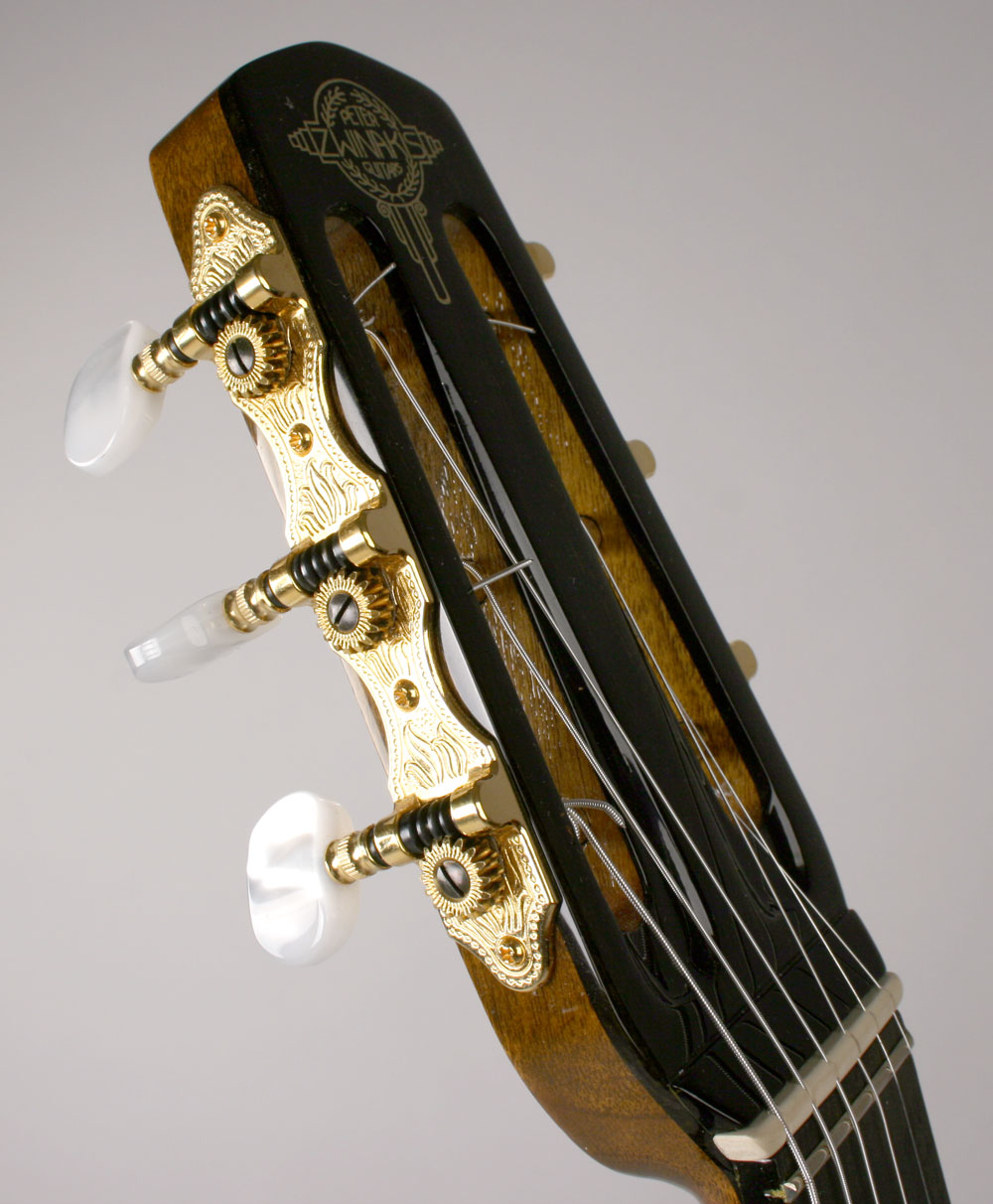 First off, the features of this guitar are normally only found on the infinitely more expensive flagship models of luthiers like Dupont, Barault, and Hahl. Materials and construction techniques are of the highest caliber:

-Heat bent pliage European spruce top (the top was bent with a hot iron just like Selmer did it. Most Selmer copies today are forced top which generally doesn't have the projection and quickness of attack that the pliage tops have. Normally only found on flagship models like the Dupont VR)

Peter based much of the design of this guitar on pre-war Selmers which have become famous in the hands of such players as Fapy Lafertin, Stochelo Rosenberg, and Django himself. The earlier Selmer style guitars generally have a more subtle pliage (top arch) than later models. This somewhat flatter top tends to increase the midrange, adding warmth and depth to the sound. Additionally, some pre-war Selmers, including Django's own #503, were constructed with only four top braces. Peter incorporated that feature into this guitar. The missing brace tends to allow the top to produce a little more low end.

All the "pre-war" design features of this guitar produce a tone that is very traditional and very Django-esque. There's a beautiful balance between the mids and treble, with just enough "bite" to make your leads pop while retaining enough mids to add thickness and depth. The bass response is sufficient to fill out chords properly without becoming too muddy or overbearing. The tone is wonderfully open and complex.

Playability is excellent with 10 gauge Argentine strings and 2.8mm action.

This instrument was built last year and has some slight "shop wear" on it. There is some light pickwear on the top as well as numerous light scratches and scuffs on both the top and back. This would normally be a $3500 instrument. Save big on this fantastic handmade guitar!

This is the CASH price...add 3% (4% for International orders) if you'd like to pay with a credit card