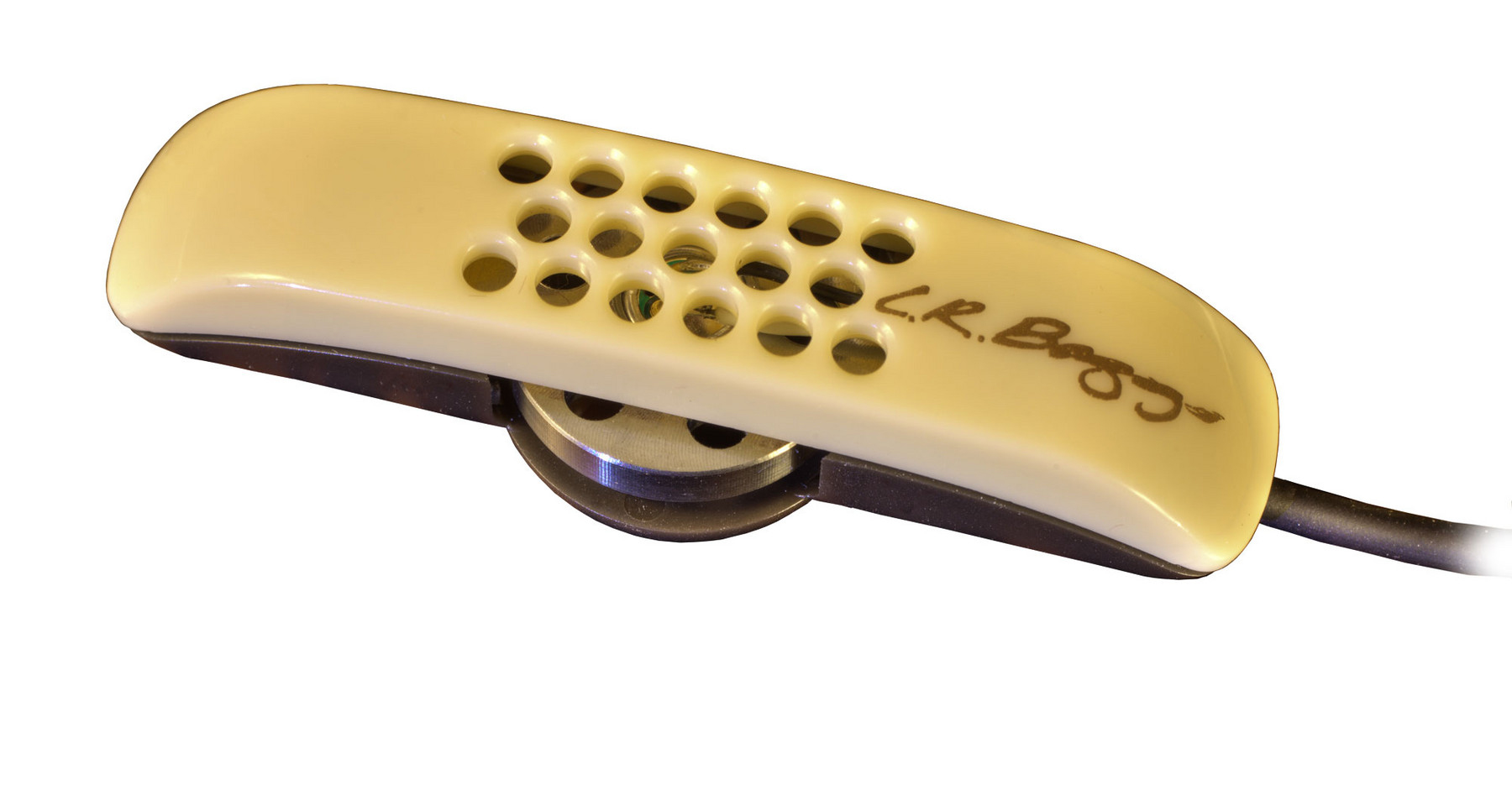 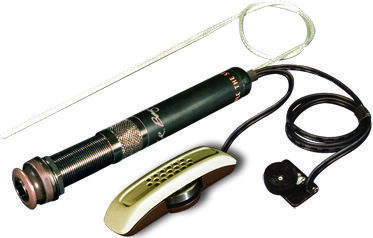 Follow Us Follow Us Follow Us Follow Us
Submit a Review
LR Baggs Anthem SL Tru Mic Pickup and Preamp
For those of you who prefer a minimalist approach to controls, LR Baggs offers the Anthem SL. In the SL the balance between the Tru-Mic and the Element pickup is pre-set for optimum performance so you can have the same great fidelity in an end pin preamp format. The preamp, with their famous all-discrete studio quality circuitry, is also equipped with a soundhole mounted volume control.

The anthem is a revolutionary new amplification system that uses a microphone to capture the true voice and dynamics of an acoustic guitar and in a way that allows you to play really loud before feedback.

"I could have never anticipated this and I still can't hardly believe it." - John Standefer, 2002 National Finger Style Guitar Champion

After 30 years of effort LR Baggs has done the very thing that every amplified acoustic guitarist has dreamed about and the very thing that no other pickup manufacturer has been capable of - unlocking the potential of a microphone to capture the very essence of your guitar with high feedback resistance for demanding stages.

Not obvious but equally important is that the natural ease and dynamics of the Anthem Tru-Mic liberates you to play freely without having to compensate for the pickup system. Now you're free to play the way you like, plugged in or not.

At the heart of the patent pending Anthem is a revolutionary new type of microphone. Utilizing a proprietary noise canceling mic, the Anthem Tru-Mic eliminates any annoying honky or boxy qualities that have been previously associated with internal mic'ing, leaving the pure and natural sound of your guitar the way only a real mic is capable of doing.

Because the mic is positioned within a few millimeters of the guitar top, it has very high gain before feedback. The mic housing mounts easily to the bridge plate and the mic capsule hovers just 3mm above its surface to take advantage of the PZM or 'boundary' effect. This Tru-Mic technology picks up the sound of the vibrations of the entiresoundboard and makes the mic unusually free from placement issues.

The sound quality and feedback resistance of the Anthem Tru-Mic now allows the mic to be the primary sound source in a mic/pickup system. This is unlike previous systems where only a small amount of the mic could be used to add some 'air' to the dominant pickup signal. This is a radical new relationship between a mic and a pickup, as all of the detail, warmth and personality of your guitar is captured by the Tru-Mic. The mic is augmented, for only the very lowest frequencies, by our Element under saddle pickup.