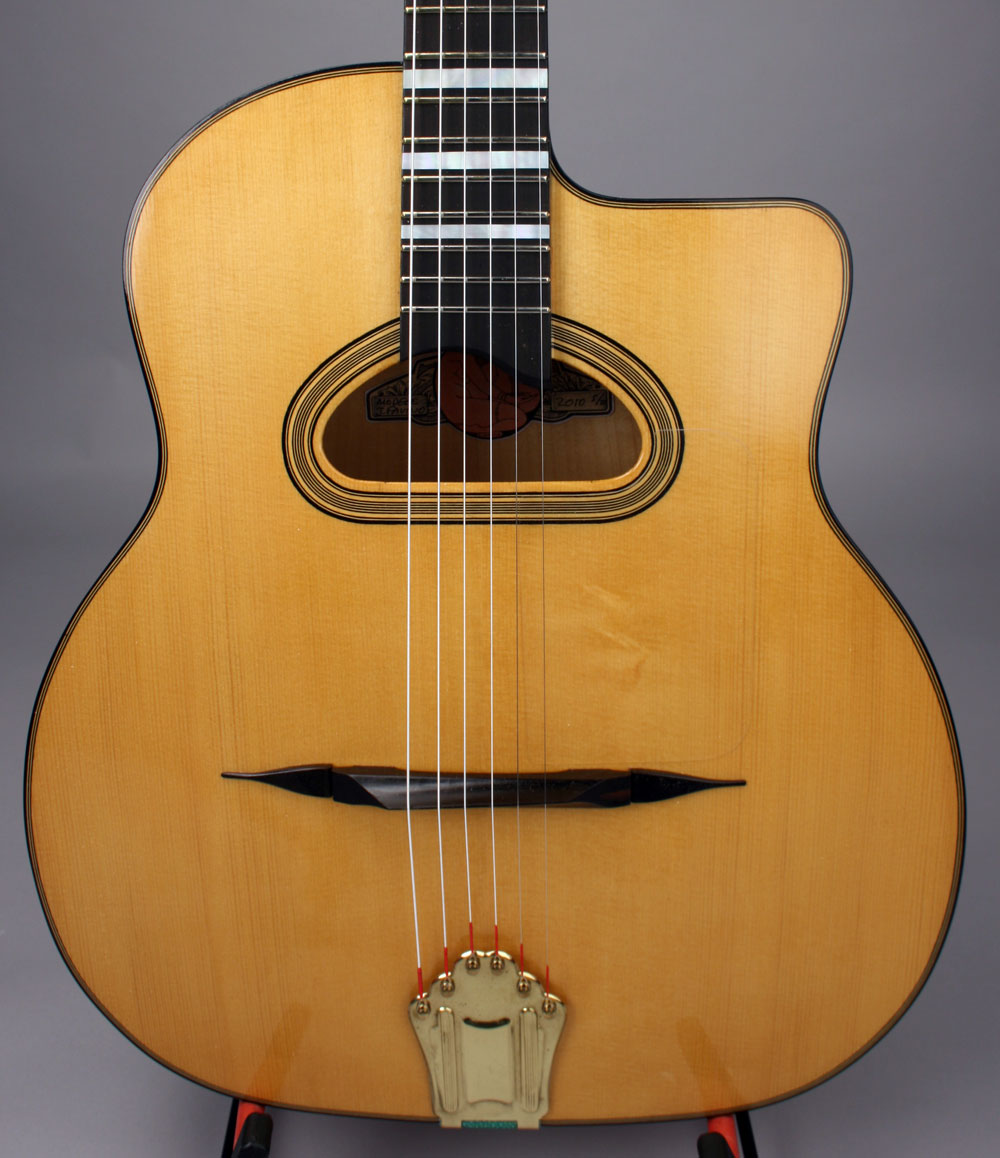 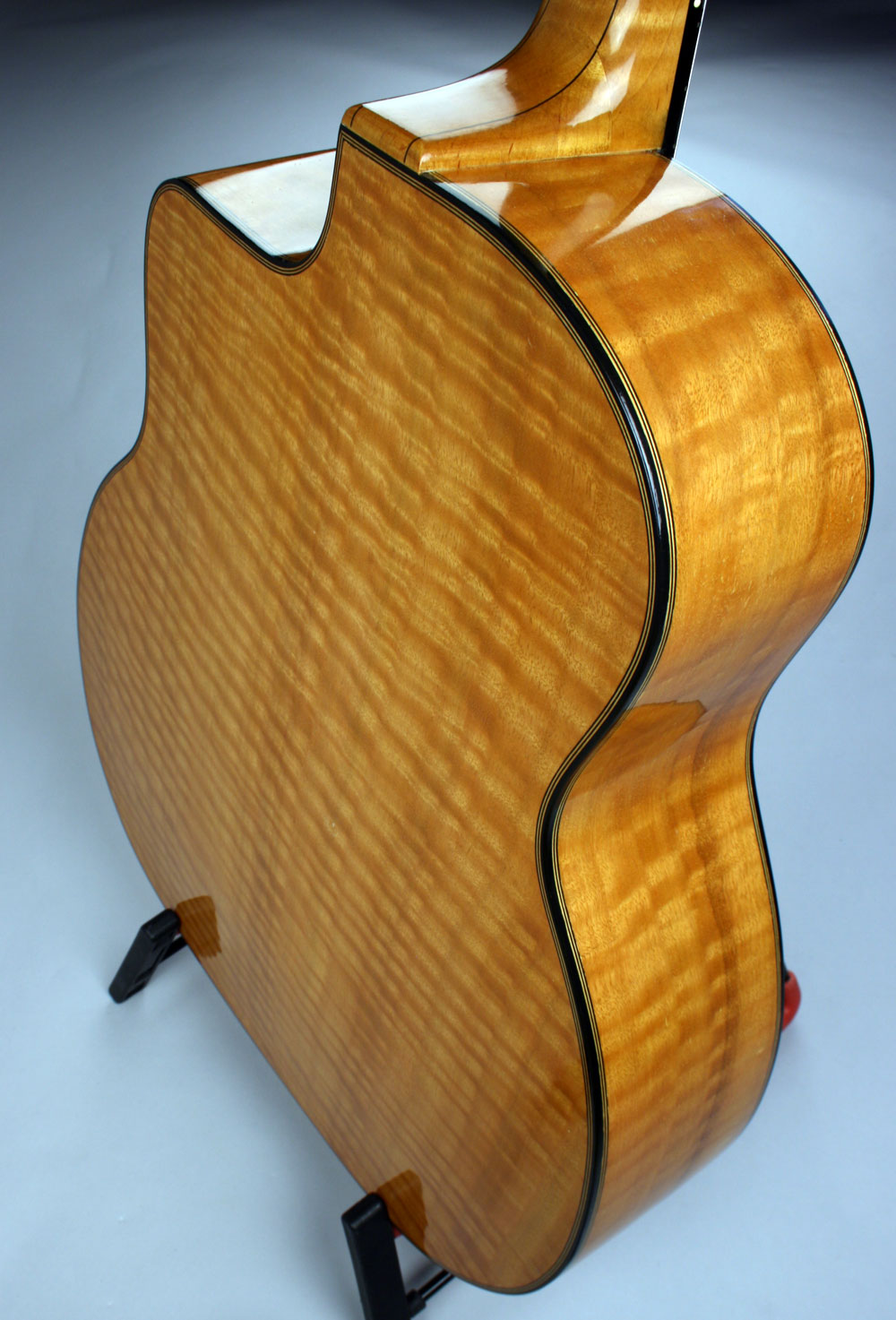 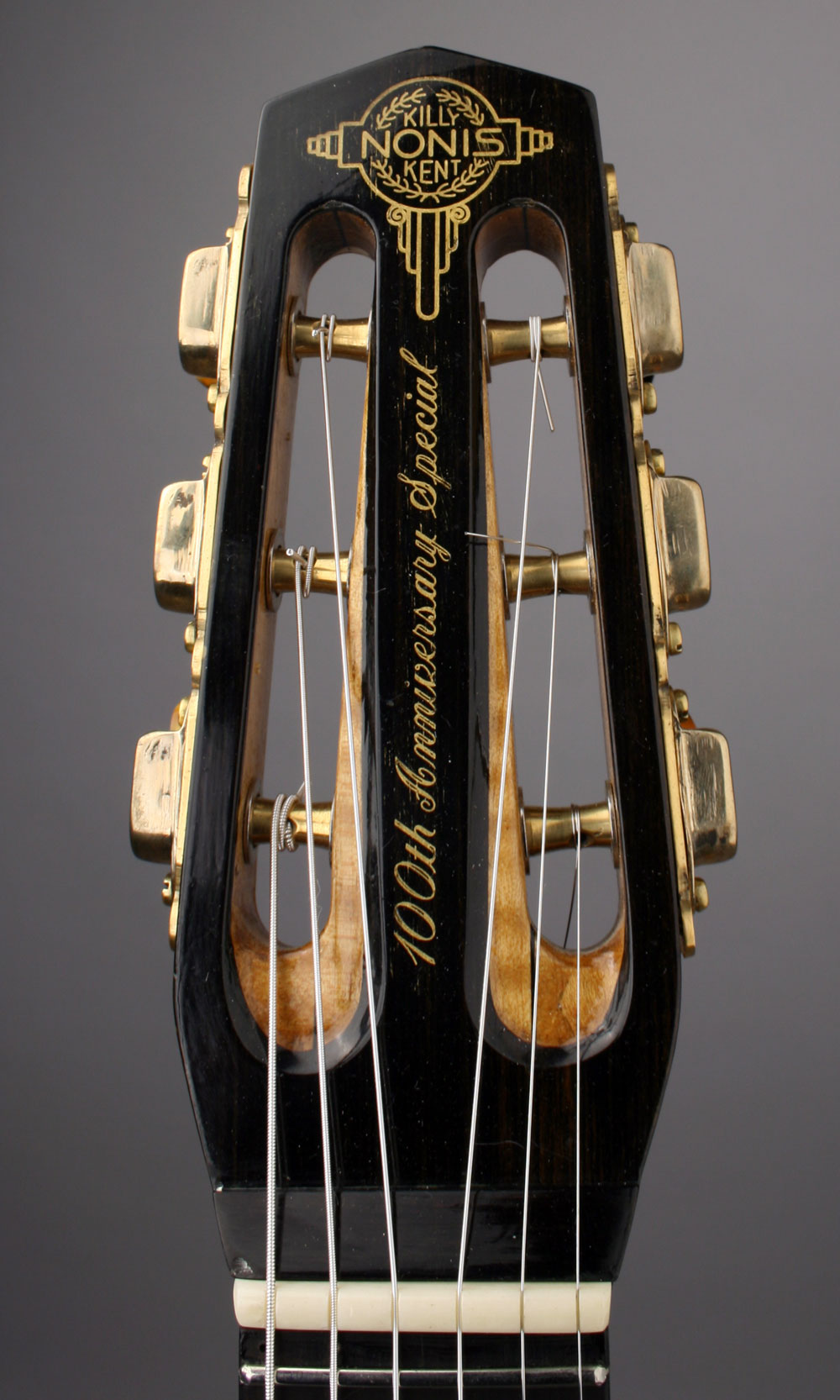 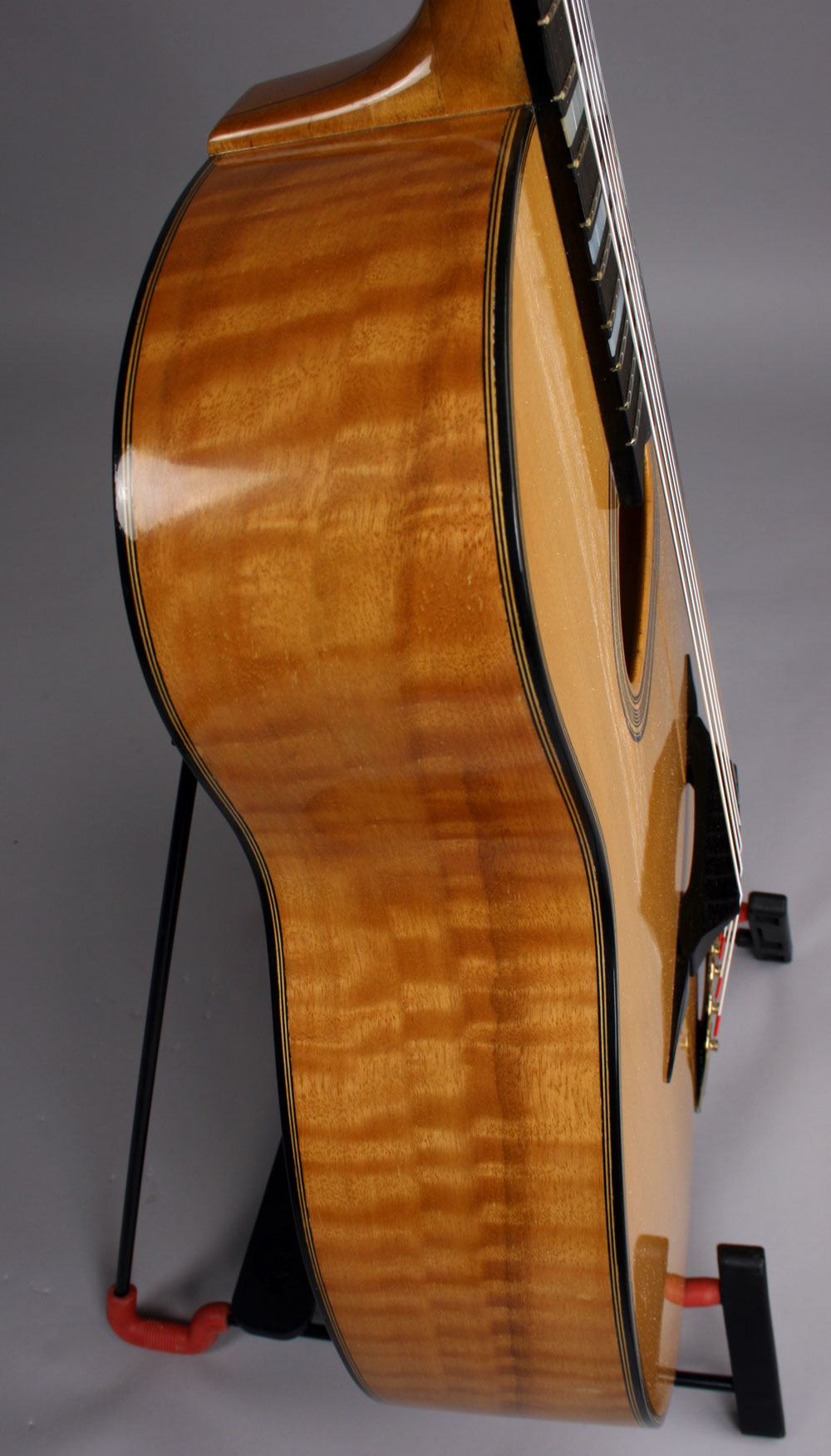 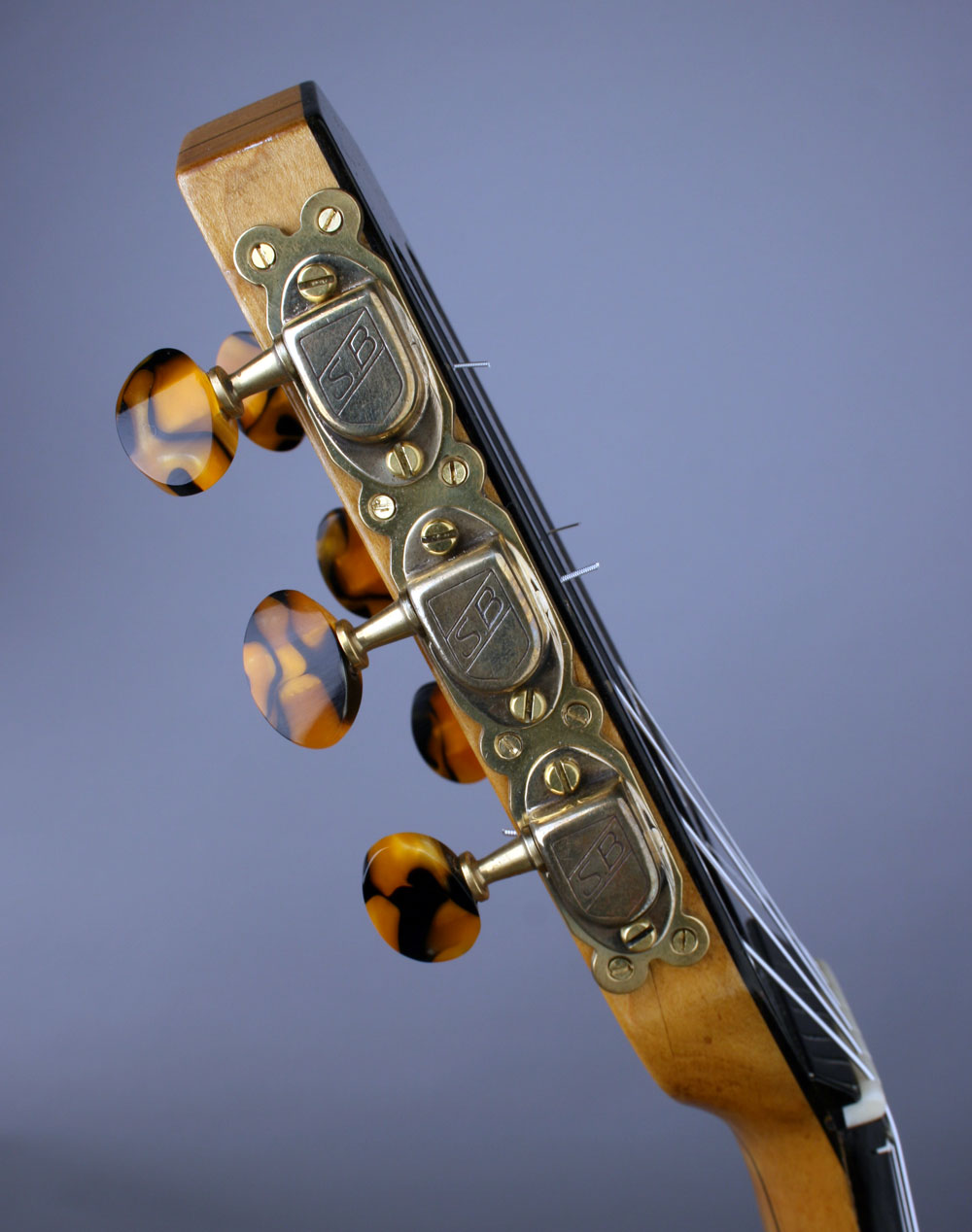 Follow Us Follow Us Follow Us Follow Us
Submit a Review
2010 Killy Nonis Favino (100th Anniversary Special) ***NEW PRICE!!!***
UK based luthier Killy Nonis crafted this meticulously accurate Favino copy in honor of Django Reinhardt's 100th birthday. Killy has decades of experience building and repairing Selmer Maccaferri guitars and has had the pleasure to study and restore numerous vintage Selmers, Busatos, Favinos, and other classic instruments. His extensive knowledge and skill allowed him to build one of the most accurate Favino copies I've seen.

For the past year, this beautiful guitar has been on loan to the great Dutch Gypsy guitarist Lollo Meier. Lollo started this guitar's life off with a good dose of professional performing and jamming. She's now all broken in and sounding better than ever. This instrument even found it's way into the hands of Lollo's cousin, the great Fapy Lafertin (see the video tab.) There are a few, very small signs of use. Just some very, very light scratches and a small ding or two. These are things you will only notice in a good light and with the aid of a magnifying glass. For the most part, this lightly used instrument is indiscernible from a new one.

This instrument is a replica of the legendary guitars built by Jacques Favino in the 1960-70s. It incorporates many classic Favino features: smaller sized D shape soundhole, block fingerboard inlays, long 675mm scale length, extra wide lower bout, three piece maple neck, and SB tuners. Favino's are known as being the largest Gypsy guitars produced, with a lower bout extending to 16 1/2". Killy took this idea a step further and built this guitar with a 16 3/4" lower bout, making it the largest Gypsy guitar I've ever seen! It's the Super 400 of Selmer style guitars.

The sound is nothing short of magnificent! Killy did an incredible job of reproducing the full bodied tone that Favino guitars are famous for. The frequency response of this instrument is impressive, producing a lush full bass; thick, clear mids; and warm rounded trebles. It has excellent projection, and like most Favinos the harder you play it the louder it gets. The tone is very forgiving of a hard, right hand attack which is probably why so many of the aggressive type players like Moreno, Boulou Ferre, and Tchan Tchou prefer Favino guitars.This guitar is just perfect for playing in the earthy Alsatian style of Gypsy jazz a la early Bireli, Moreno, and Dorado Schmitt.