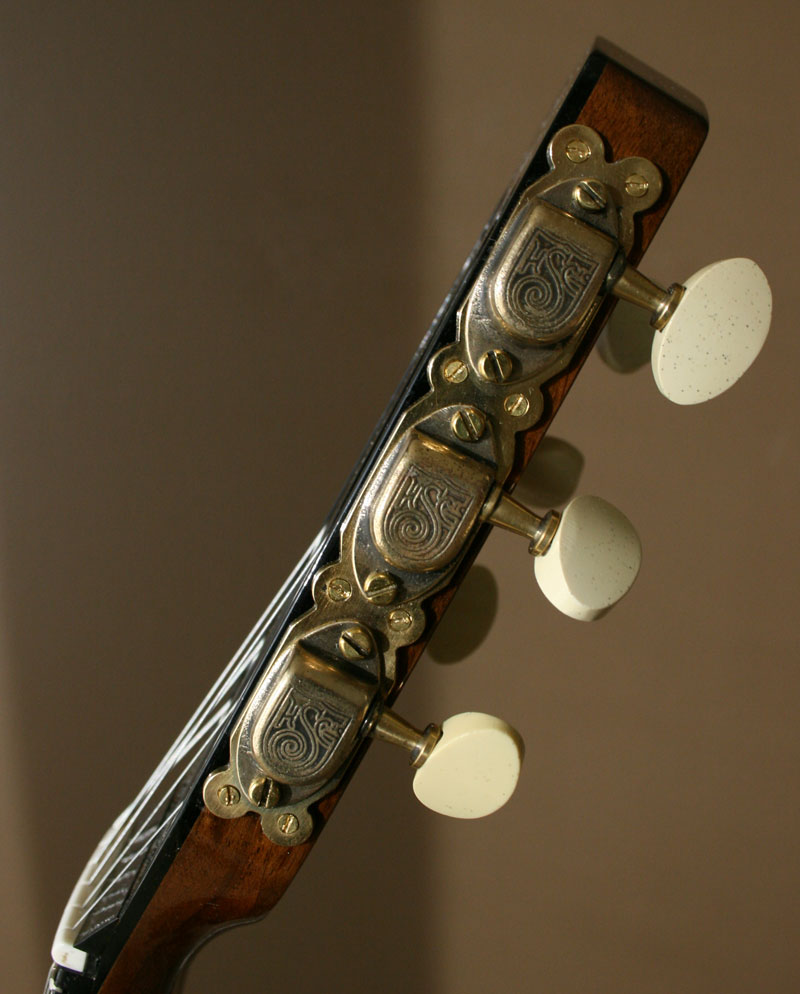 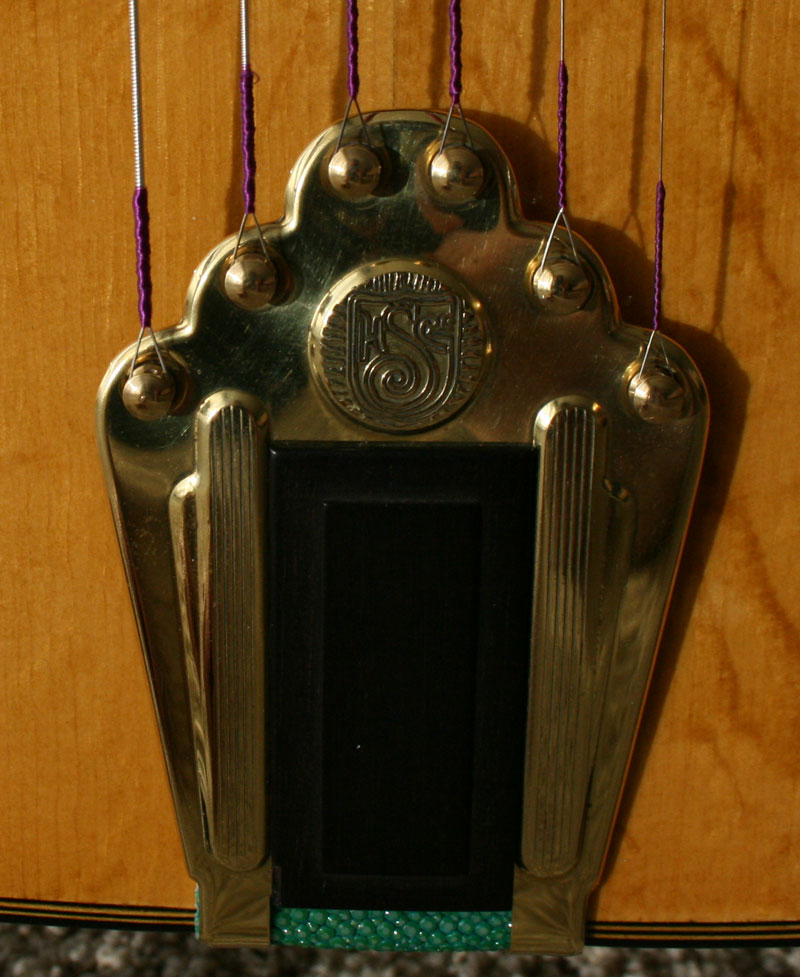 Follow Us Follow Us Follow Us Follow Us
Submit a Review
2010 Killy Nonis 100th Anniversary Special
UK based luthier Killy Nonis crafted this meticulously accurate Selmer copy in honor of Django Reinhardt's 100th birthday. Killy has decades of experience building and repairing Selmer Maccaferri guitars and has had the pleasure to study and restore numerous vintage Selmers. His extensive knowledge and skill allowed him to build one of the most accurate Selmer copies I've seen. Period details include a heat bent pliage, replica HSC tuners and tailpiece, and a lacquered interior . As you might expect, this instrument sounds like it looks: very traditional Selmer tone with a fast, bright attack and lots of volume.

The wood choices are the traditional ones: spruce top, Indian rosewood back and sides, and a walnut neck. The top has some nice bear claw figure to it and the walnut is also figured.

This guitar received some "shop" wear at Samois last year as it was demoed by all the greats: Fappy Lafertin, Tchavolo Schmitt, Stochelo Rosenberg, Matcho Winterstein, Lollo Meier, etc. All were impressed with the traditional sound and look of this guitar. Hence, it has a few very small scratches and has thus been discounted $500. What better way to celebrate Django's 100th birthday?