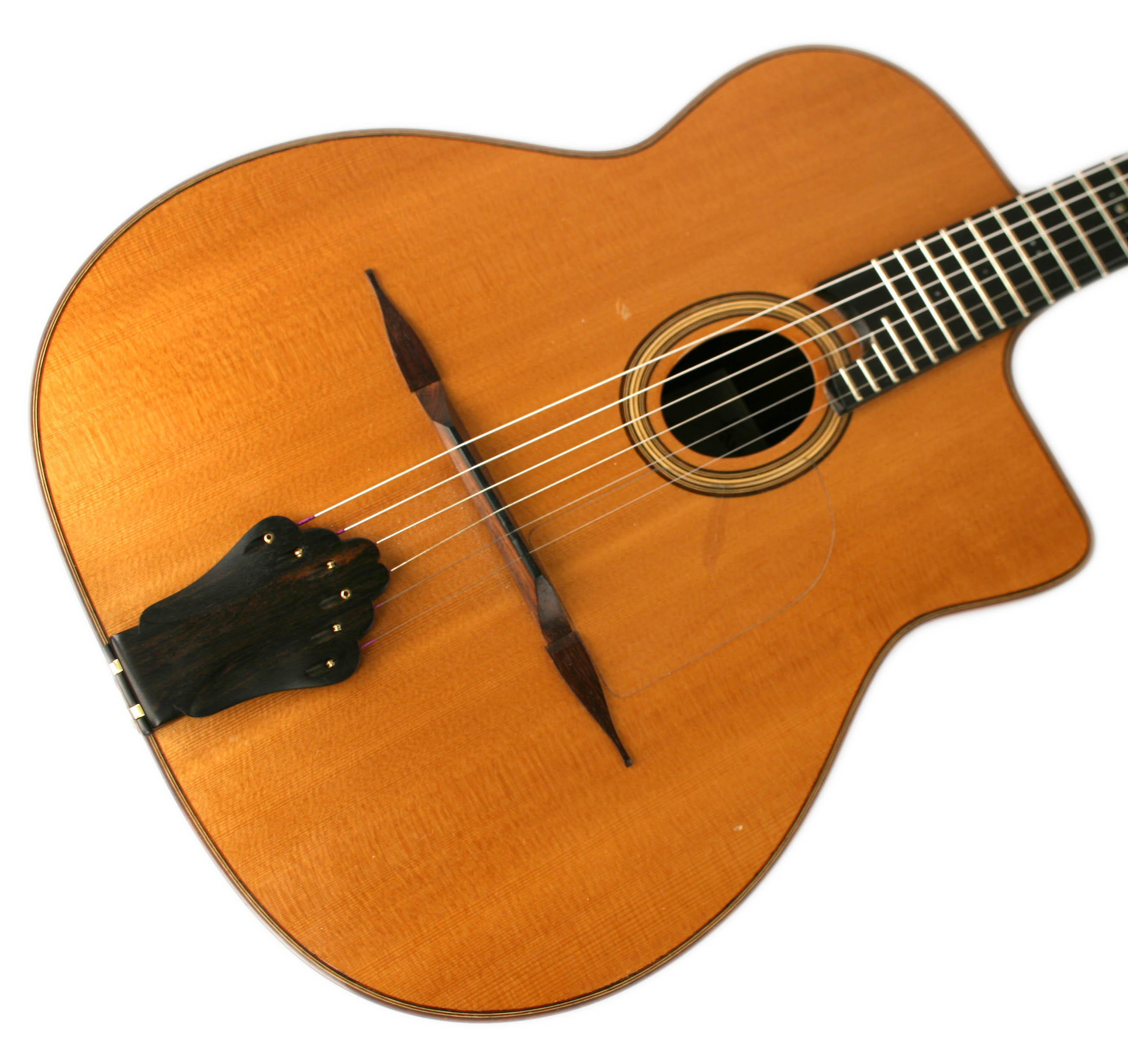 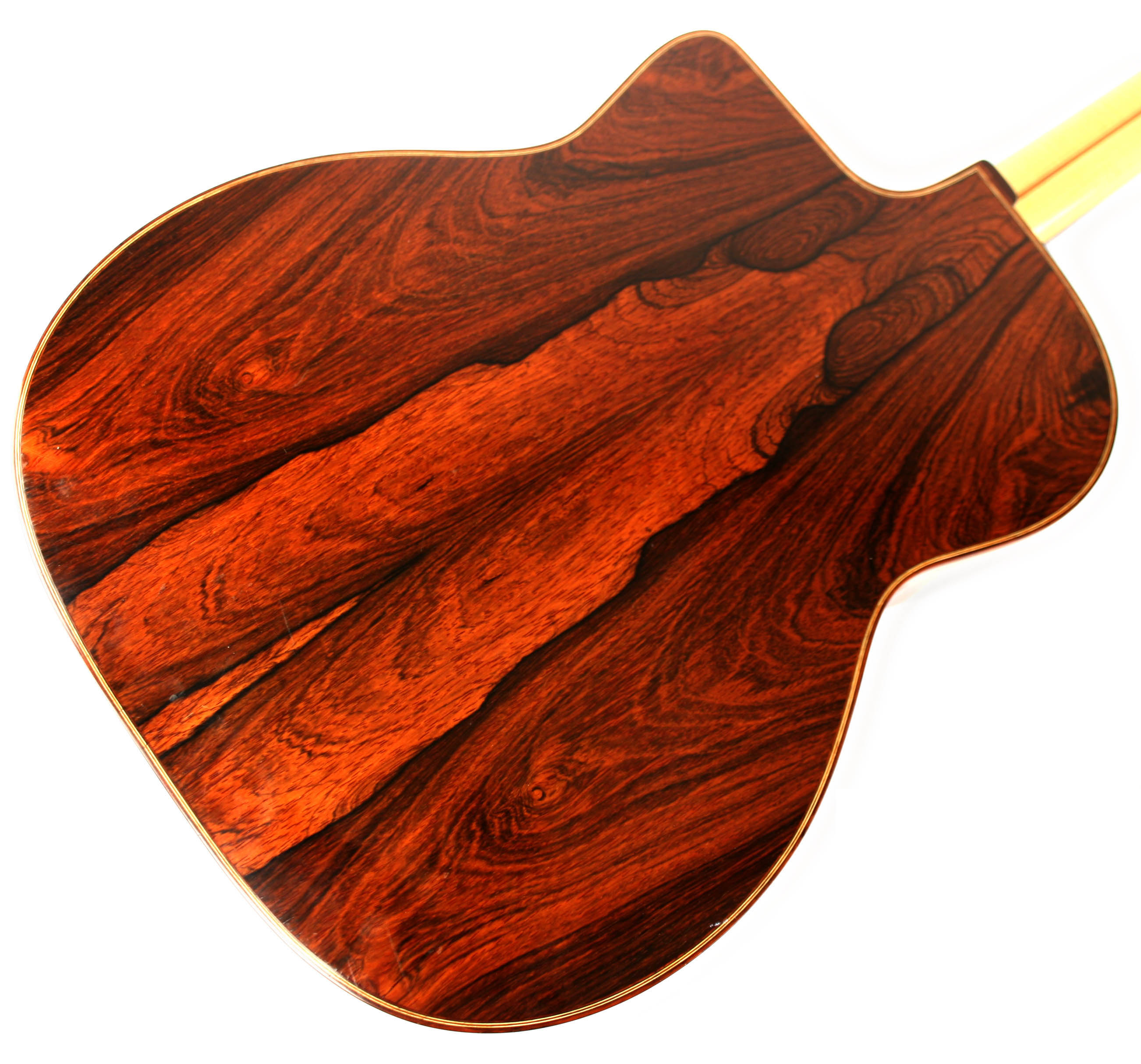 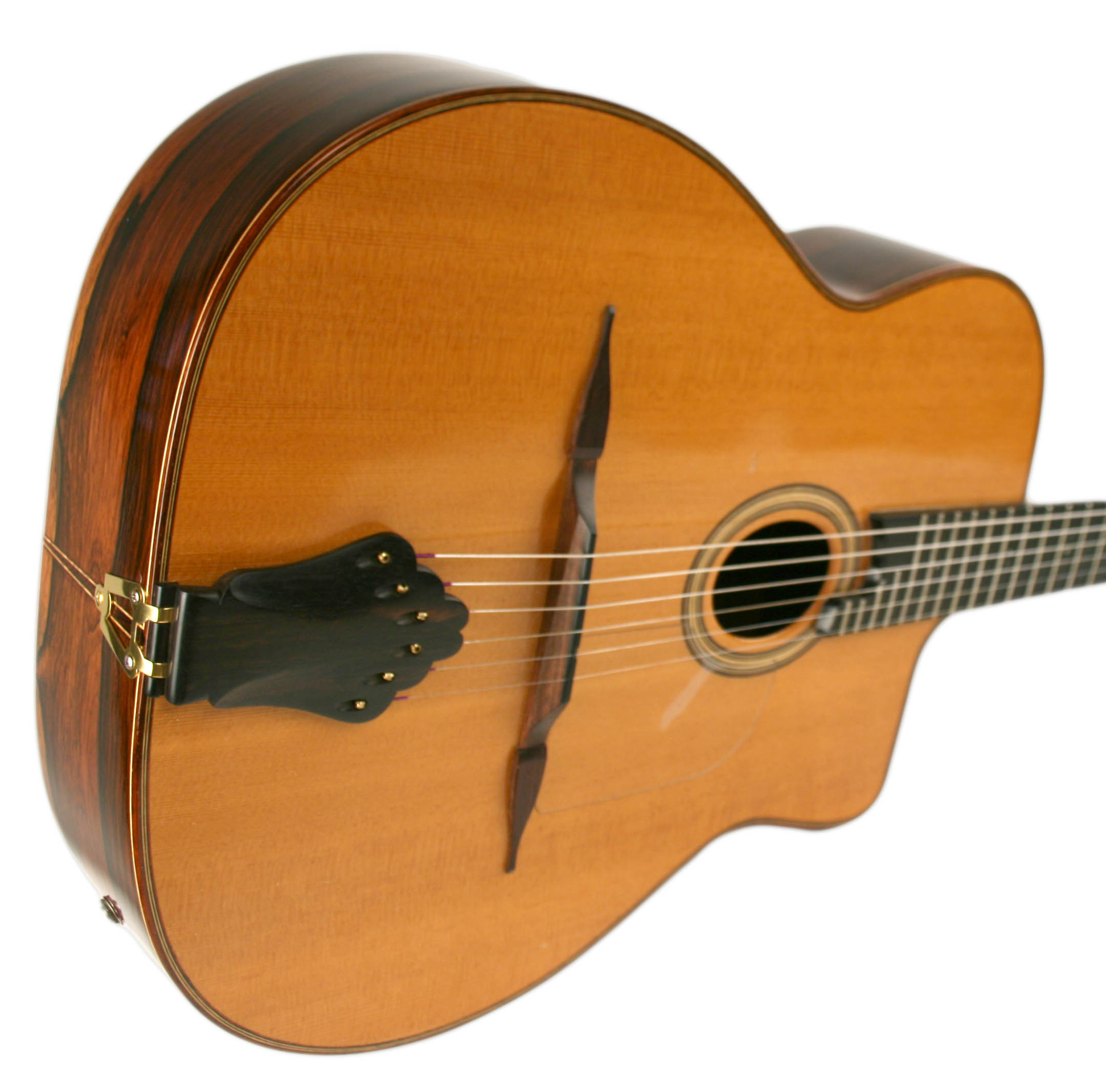 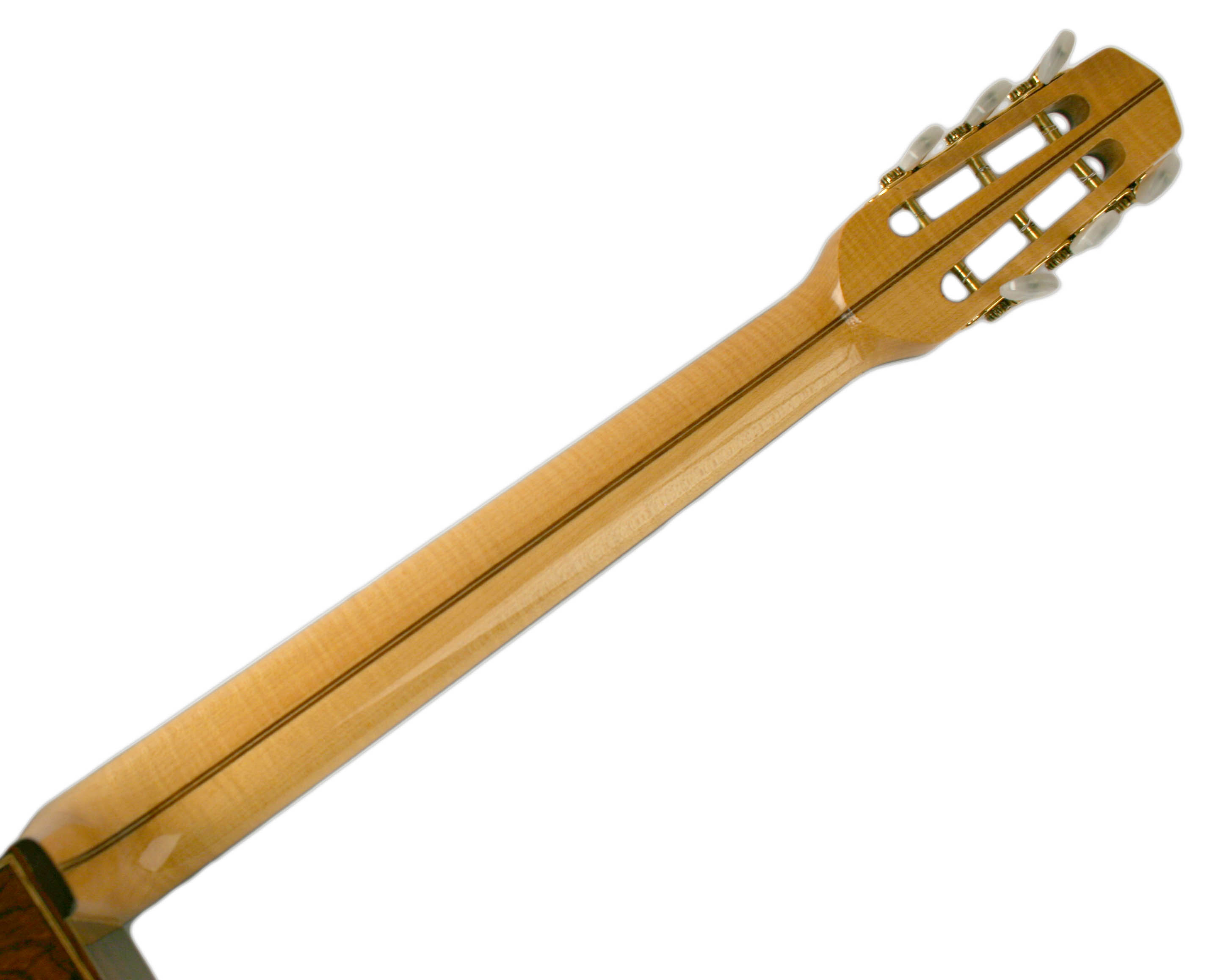 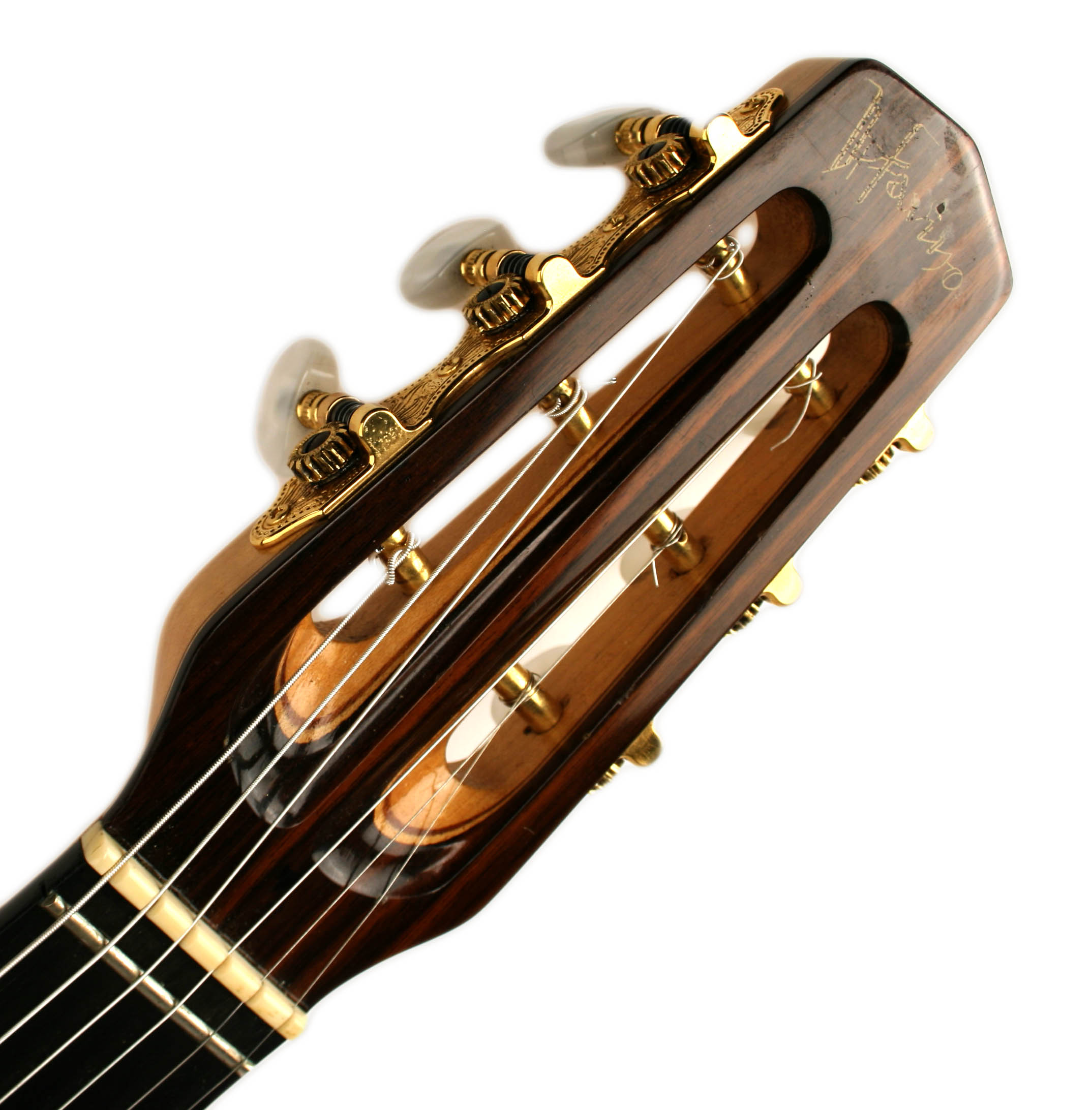 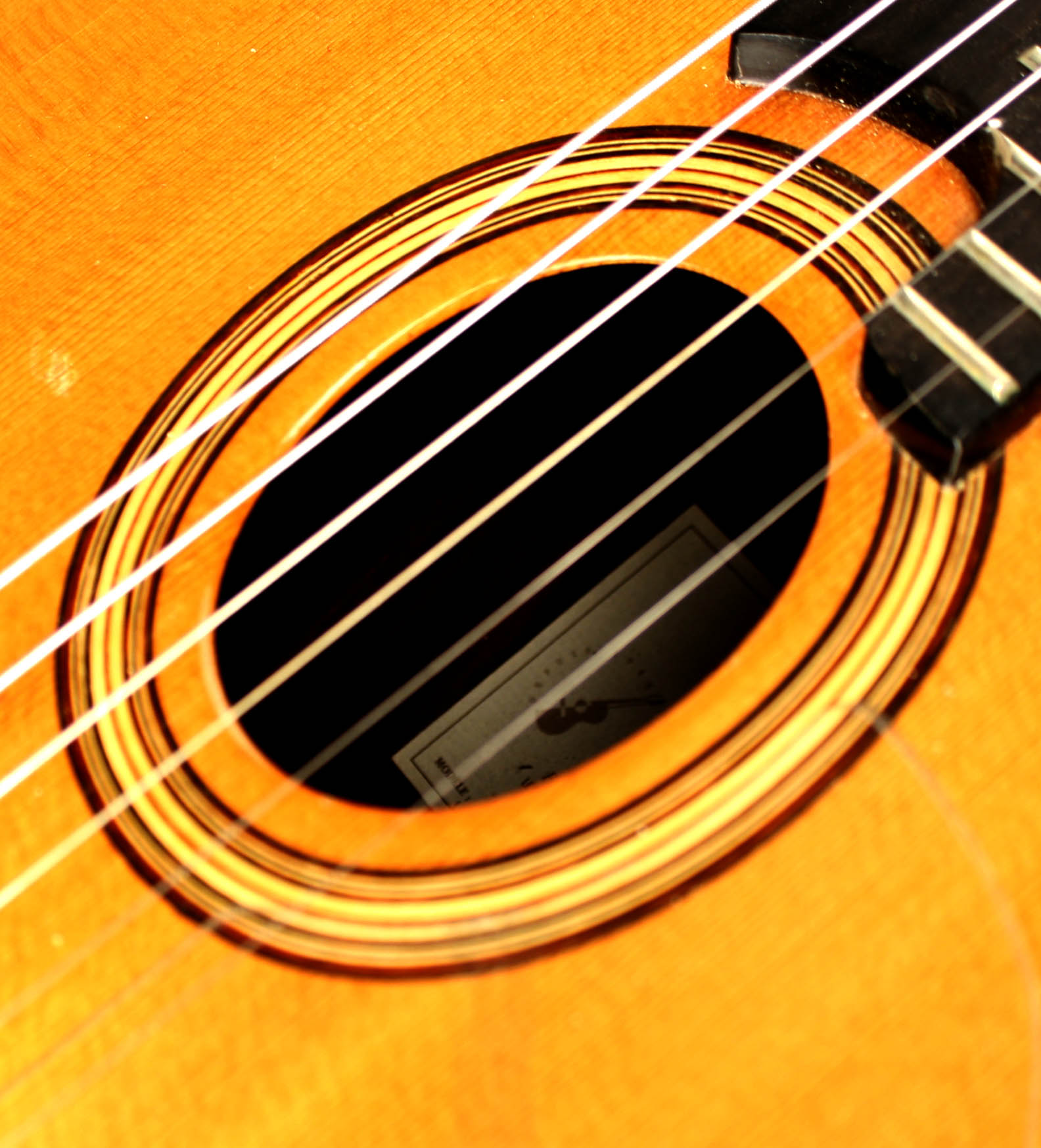 This guitar represents the final culmination of over 50 years of Favino guitars. Jean-Pierre has taken the lessons of his father to improve the playability, volume, and tone of the Favino guitar. The result is the Jazz S model which faetures a  smaller body than the original Favino. It is actually nearly identical to a Selmer: 15 3/4" wide, 4" deep.  Scale length is 666mm which is slightly shorter then a Selmer (670mm). The back and sides are amazing Brazilian rosewood, the top is cedar, and it has a maple neck. Other innovations include the solid wood tailpiece (ala Benedetto) and a fingerboard extension that goes all the way to up the 24th fret. This guitar also has very cool little MOP  position markers which I've only seen on one other Favino (which was owned by Gypsy virtuoso Raphael Fays.) The bridge is original and has a compensated B string for better intonation. There is a piezo pickup mounted under the top, with a jack on the lower treble bout.

This guitar is without a doubt both the loudest, and most playable Selmer type guitar I've ever come across. Rarely do these two attributes occur in one guitar. These characteristics can be at least partially attributed to the cedar top which is open, complex, and resonant. The smaller body yields a clear, cutting high end that is incredibly present yet not harsh. The sound of this instrument is very dry with no sympathetic ringing, strange harmonics, etc. Every note has a very strong, and clear fundamental. And unlike most guitars with a smaller body, this guitar still has some decent low end response which results in a full rhythm sound. The guitar "speaks" very easily....even the lightest pick attack will produce substantial volume.

Overall, I would describe this guitar as the ultimate modern Gypsy jazz lead machine. If you like to play Minor Swing one moment, and then Donna Lee the next, this is the guitar for you. Any of the high speed, modern Gypsy-Bop licks of Bireli, Stochelo, etc. are easily executed on this guitar. It almost plays itself.

This guitar is in excellent condition with no cracks or structural damage. There are numerous small dings, scratches, and some minor finish checking. The frets have some slight wear.

Only one available, call now!