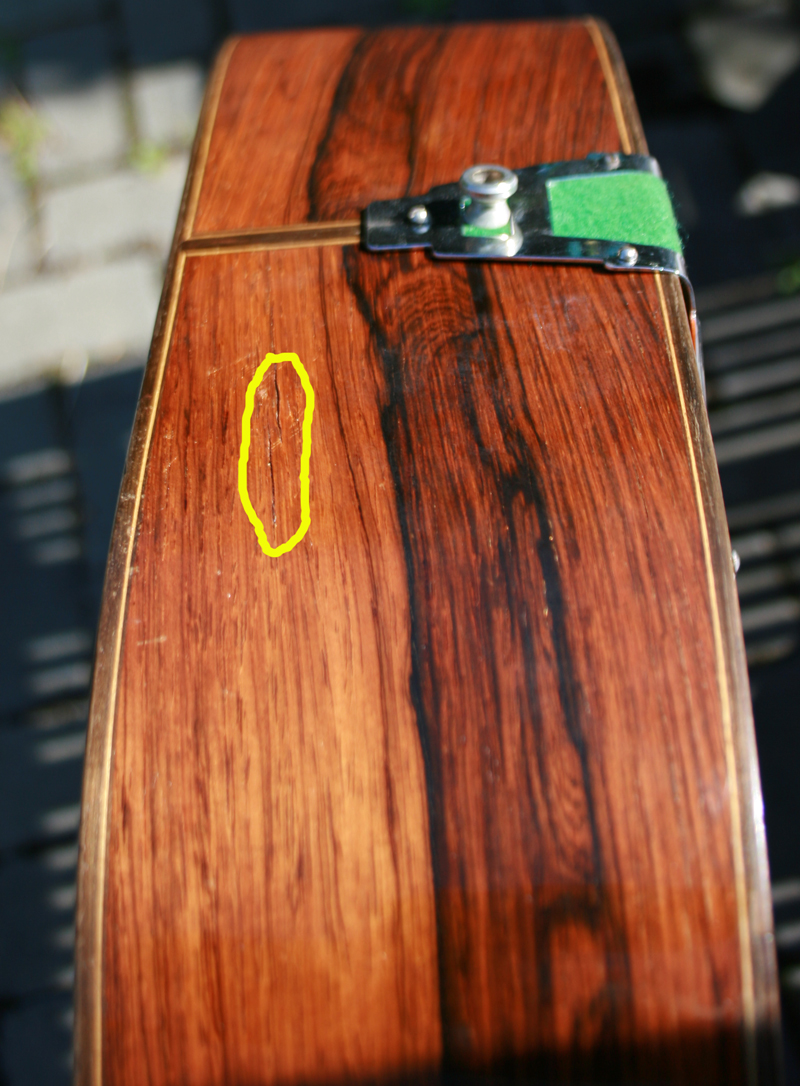 This excellent Favino was built during the "transitional" period of the Favino workshop. Jacques Favino had already been retired for nearly five years, but his son Jean-Pierre continued to make guitars in the style of his father. Not long after this Jean-Pierre began experimenting with various design changes which culminated in the modele S that he makes today. But this guitar is the old modele #10 which became legendary in the hands of so many of the top players from 1960s-70s. Generally these early 80s JP Favinos are considered a great deal as they are identical to the guitars made by JP's father Jacques, but go for several thousand dollars less. A great way to get a classic sounding guitar for a little less!

The serial # is 895. The label indicates that it was built for Dragan Cvetkovic. It has a spruce top, gorgeous highly figured Brazilian back and sides (rare for an old Favino), and a 3 piece beech wood neck. It has an original chrome tailpiece. This Favino was built with the more standard Selmer 670mm scale. So it is a bit easier to play then the longer 675mm Favinos. It is setup with 11 gauge Argentine strings and action is at 3mm. Plays very nicely!

The sound is pure Favino! Some nice nasal mids, full bodied lows, and rounded highs. This guitar has a nice openess to it...single notes have a nice "echo" that is colored with rich, complex overtones. It has character galore...play a chromatic run and you instalntly get the gusty, hard fisted sound that the Alsatian/German Gypsies like Moreno and Hans'che Weiss are famous for. Chordal work is snappy with lots of punch and attitude. This guitar certainly does not lack personality, that is for certain!

The condition is very good with some of the usual wear and tear you normally see in a guitar of this age. It appears to have had a plastic or wood pickguard at one point. That was removed and there is now a translucent scratch plate protecting the top. There is one small crack in the top between the soundhole and the end of the fingerboard which has been cleated. There is also a crack on the side, close to the endpin. It appears that only one layer of the laminate is cracked and does not go all the way through.There is some checking on the back and the on lower bass bout area. The frets have almost no wear.

This is the CASH price...add 3% if you'd like to pay with a credit card. 4% for international cards.