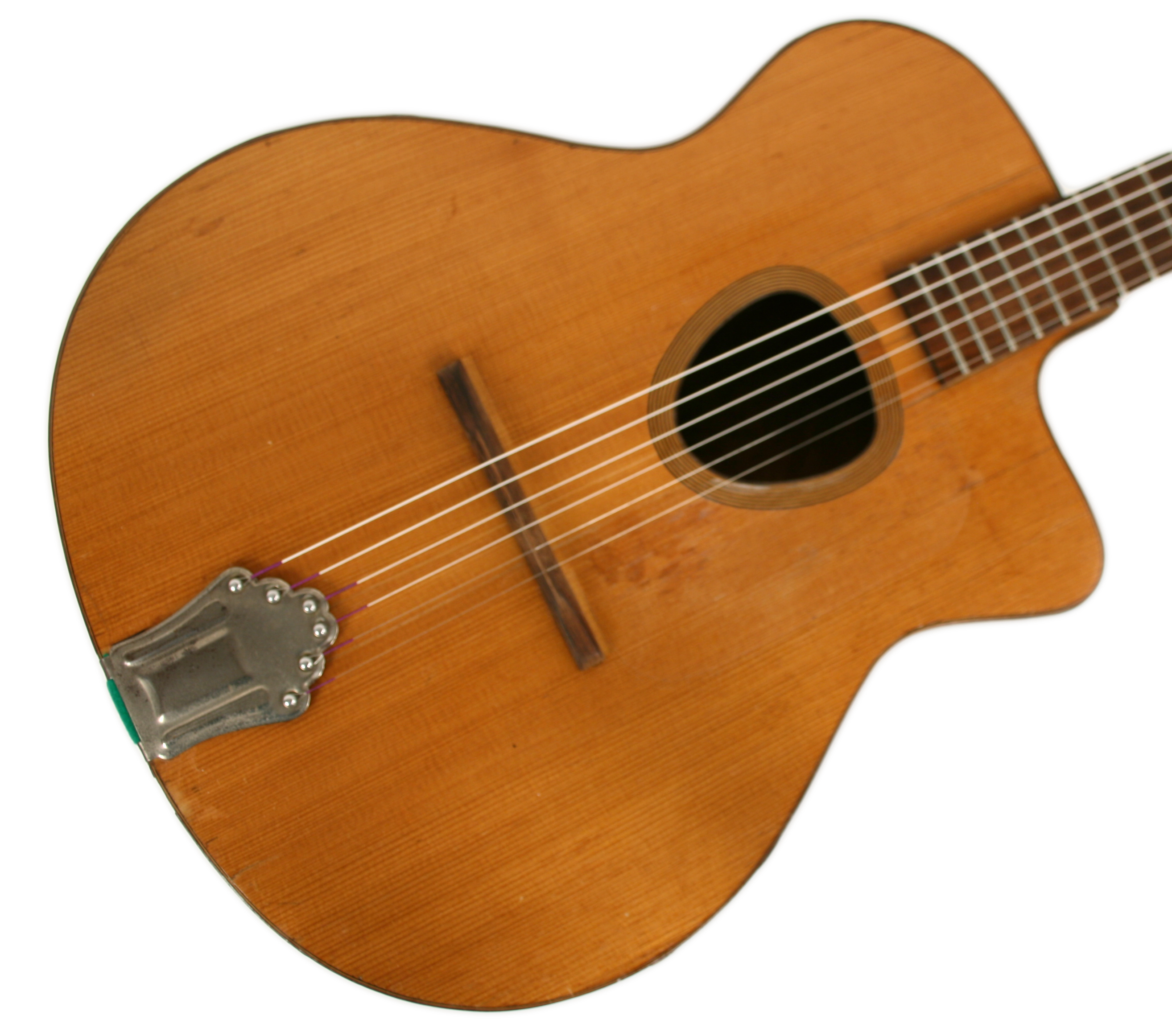 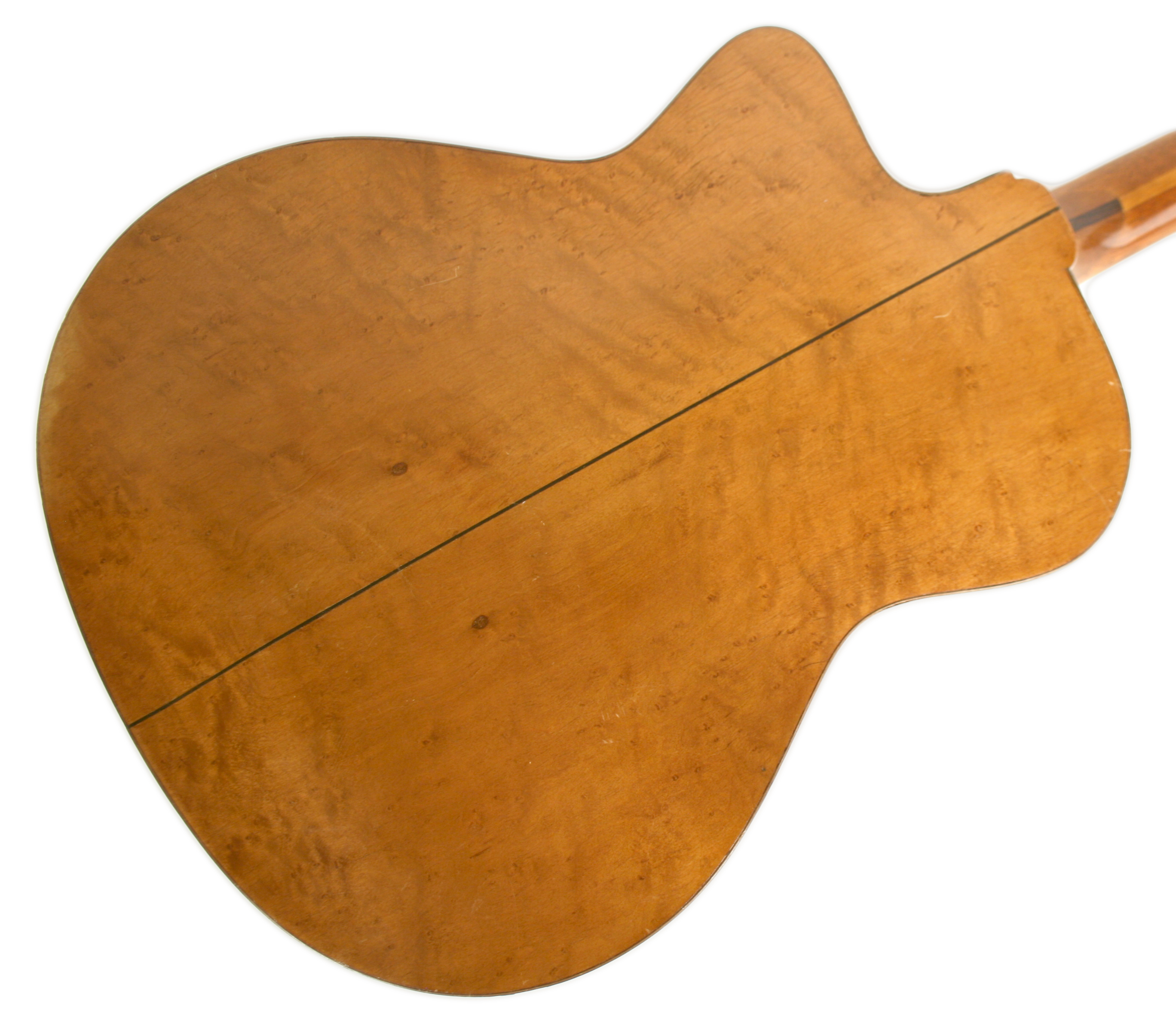 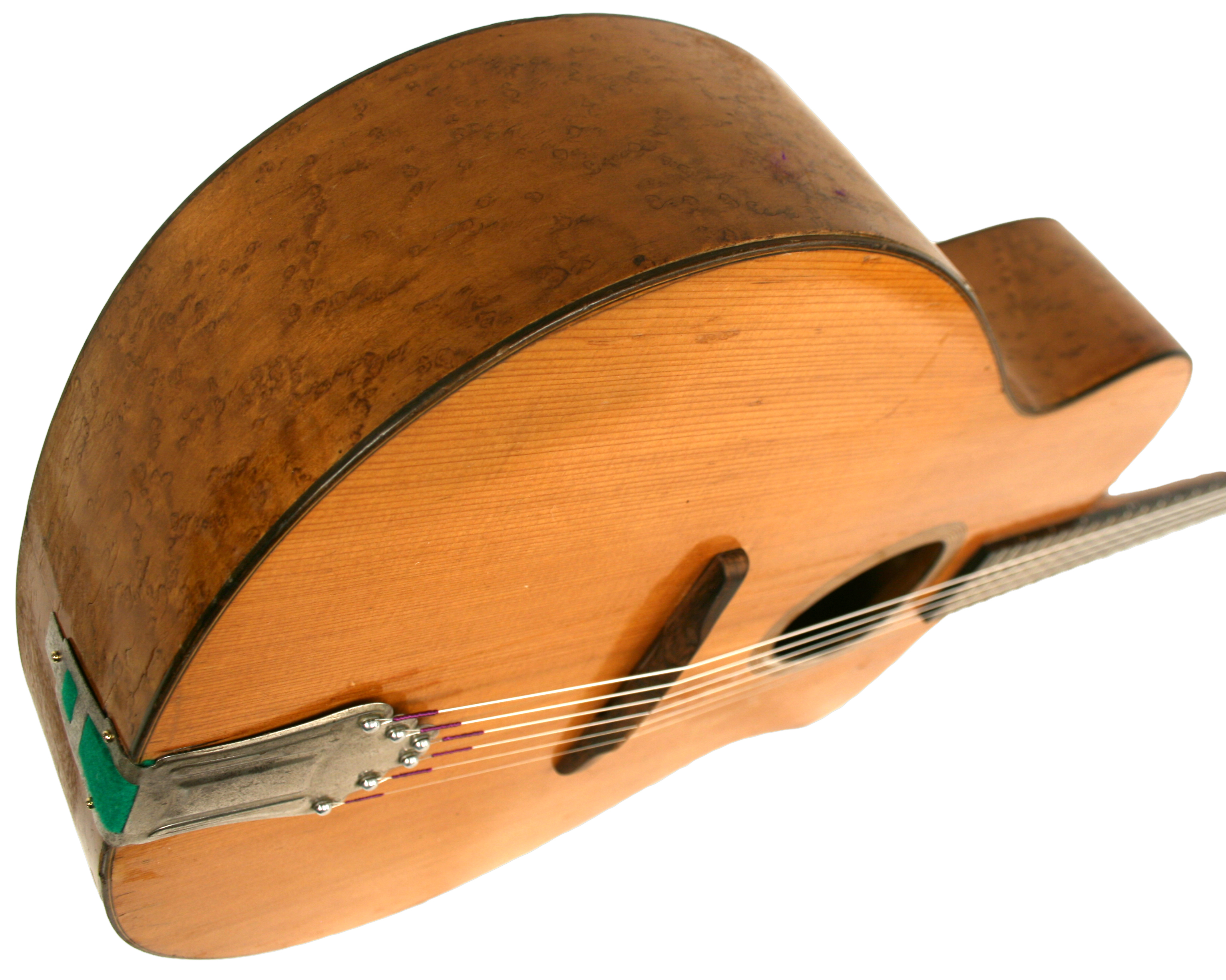 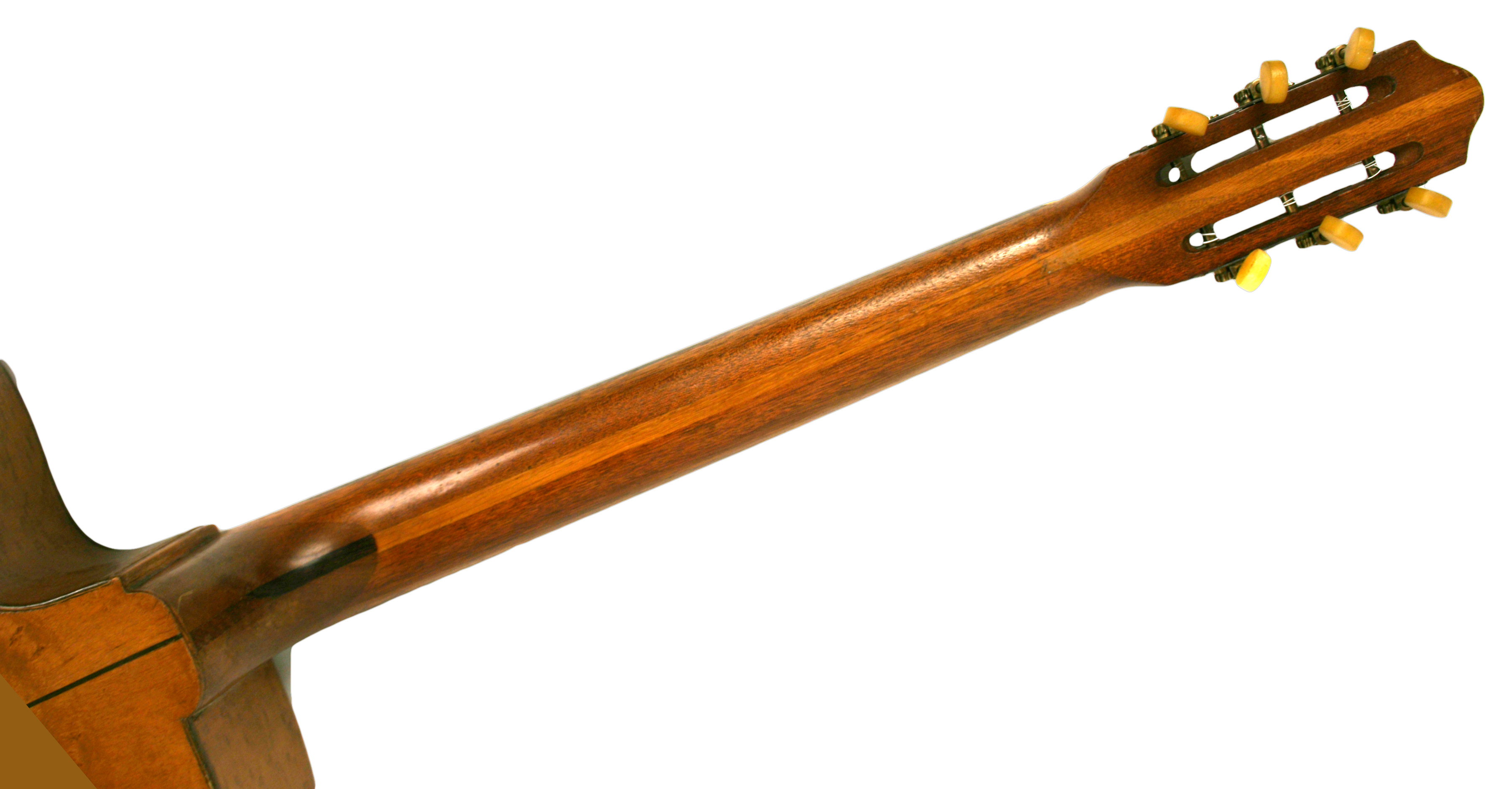 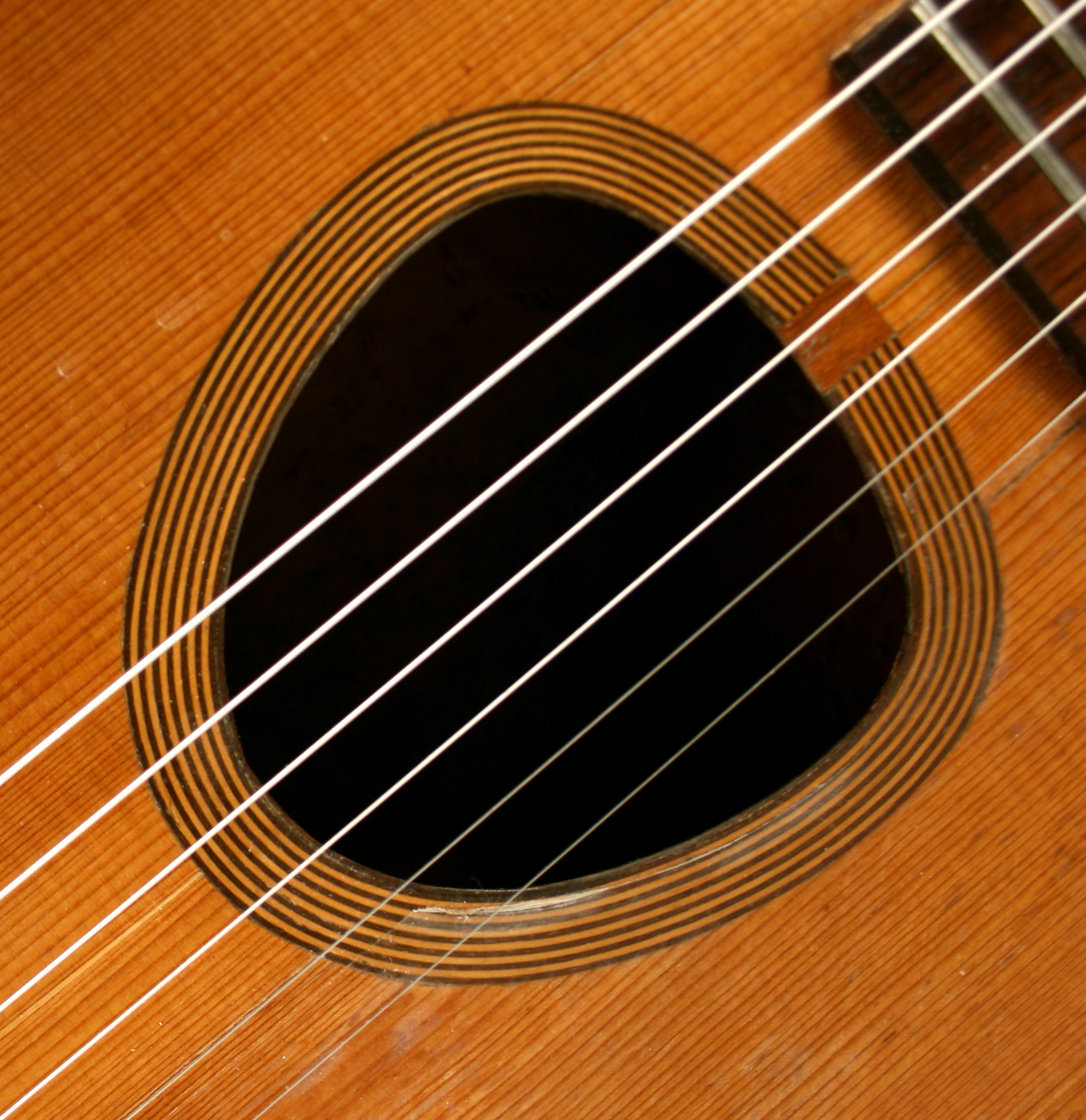 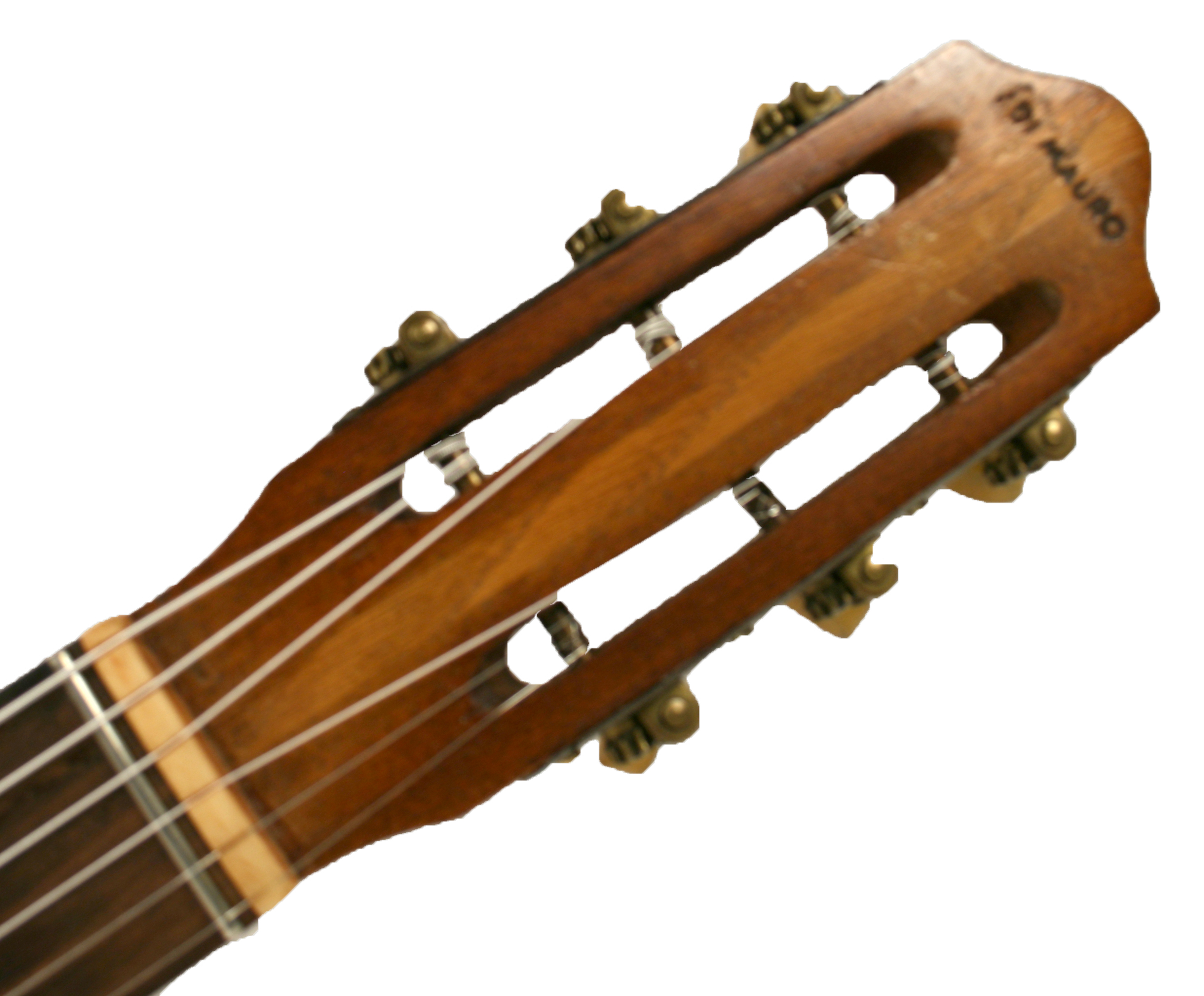 The elder Joseph Di Mauro was part of the mass emigration of master Sicilian luthiers (Busato, Oliveri Anastasio, etc) who left Catania in the early 20th century. In the 1930s Di Mauro and his countrymen setup a series of shops on the East side of Paris and quickly adapted their skills to making jazz guitars in the Selmer Maccaferri style. Di Mauro was certainly one of the most successful and long lasting of these Franco-Sicilian luthiers as his guitars were widely adopted by players of many styles. Notable players include Moreno, Boulou Ferre, Patrick Saussois, Samy Daussat, Jean-Yves Dubanton, and even Pat Metheny! Di Mauro guitars were produced continuously until the early 90s, first by Joseph and his brother Antoine, and then later by Antoine's son who was also named Joseph.

This guitar has the customary three piece neck and arched back that was typical of Franco-Sicilian makers such as Di Mauro, Busato, Bucolo, etc. The top is spruce, the neck is maple with an ebony spline, and the back and sides are made from a stunning piece of birdseye maple!

This instrument possess the much coveted dry, classic tone that is only found in the best vintage Gypsy guitars. Each note is crisp, clear, and well defined with the kind of character and complexity that only comes with age. Projection is excellent as the Di Mauro style three brace design really lets the top move.  I particularly like the low-mid "growl" this guitar produces as it gives chordal work a wonderful attitude that is lacking in other, more "polite" instruments.

The condition of this instrument is very good, with new frets, and easy playing 2.8mm action. There are two small top cracks on either side of the fingerboard as well as a longer crack along the lower treble bout area of the top. There is another small top crack on the upper treble bout. They are all cleated and stable.

A Joseph Di Mauro of any kind continues to be one of the best bangs for the buck in the vintage Gypsy market. This legendary Heart Hole model is a rare find that will earn you endless bragging rights without breaking the bank!