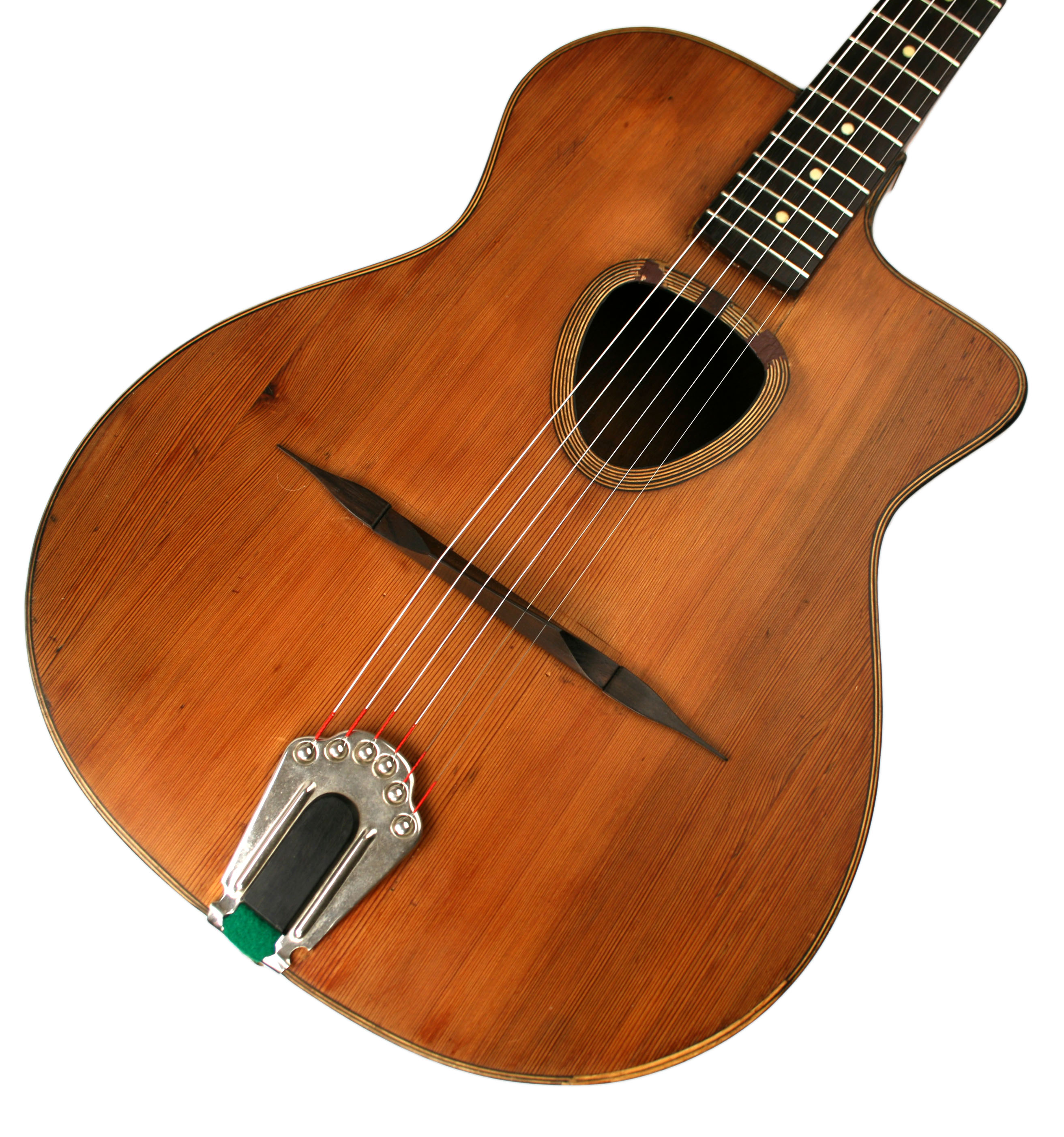 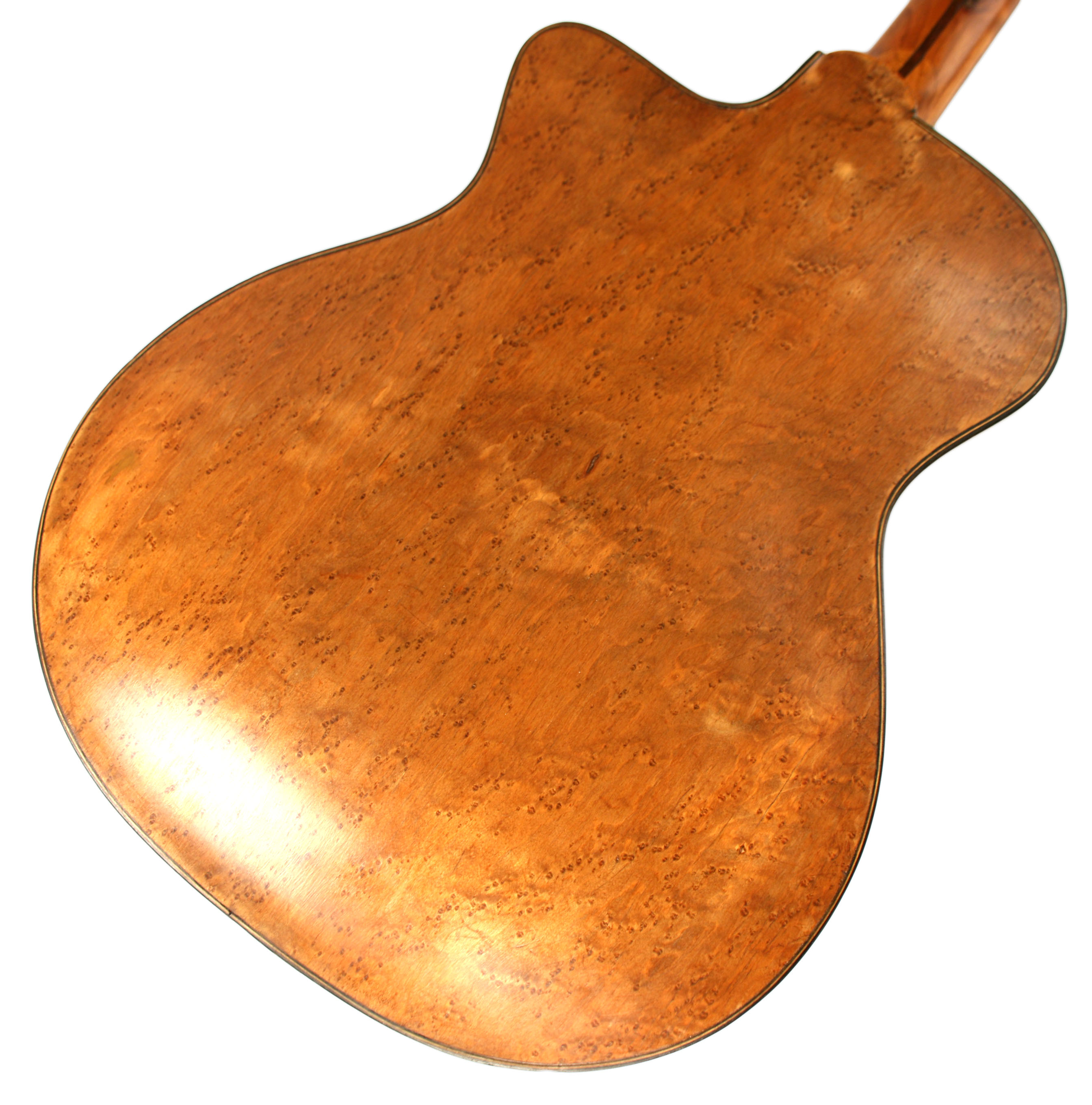 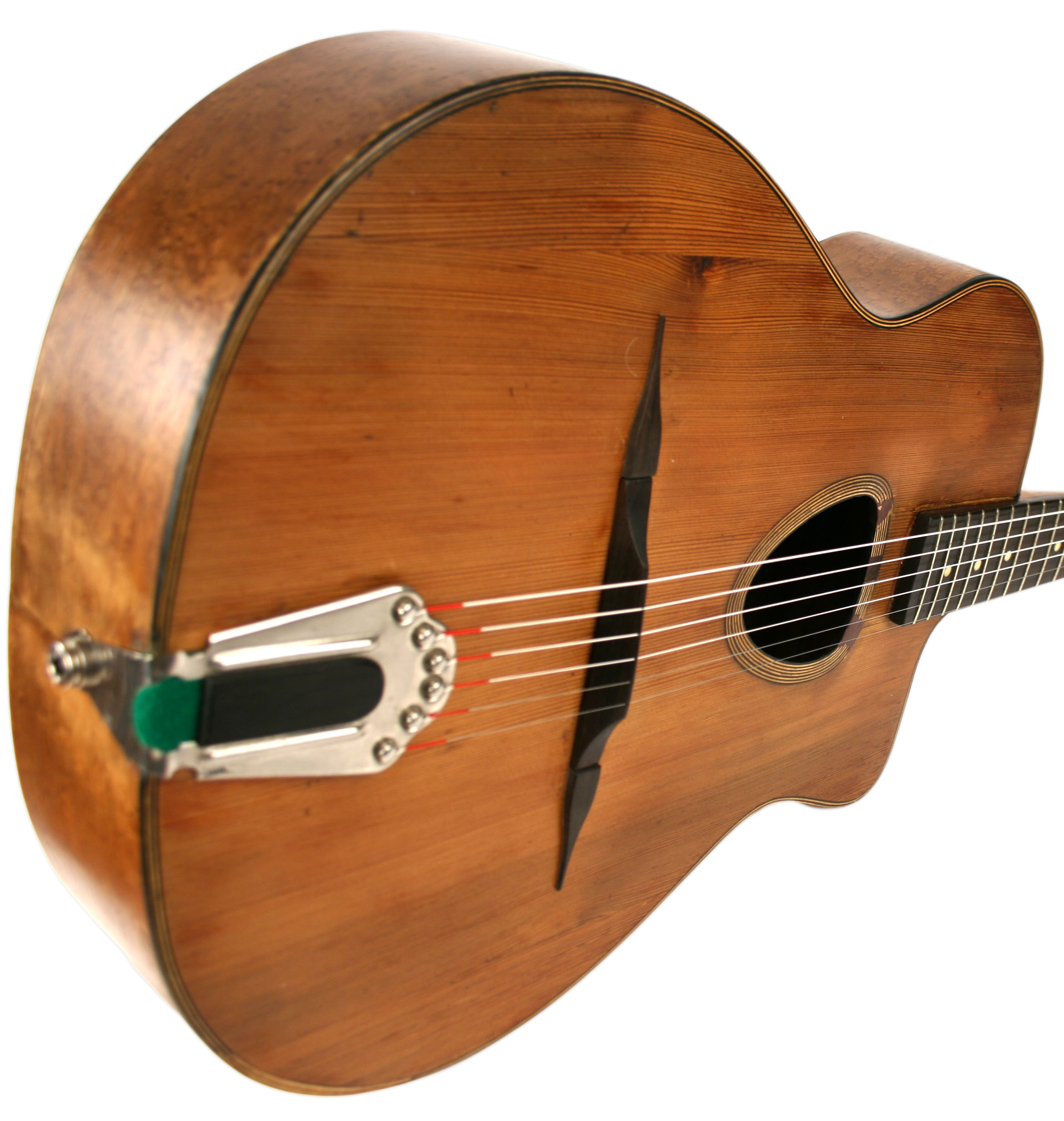 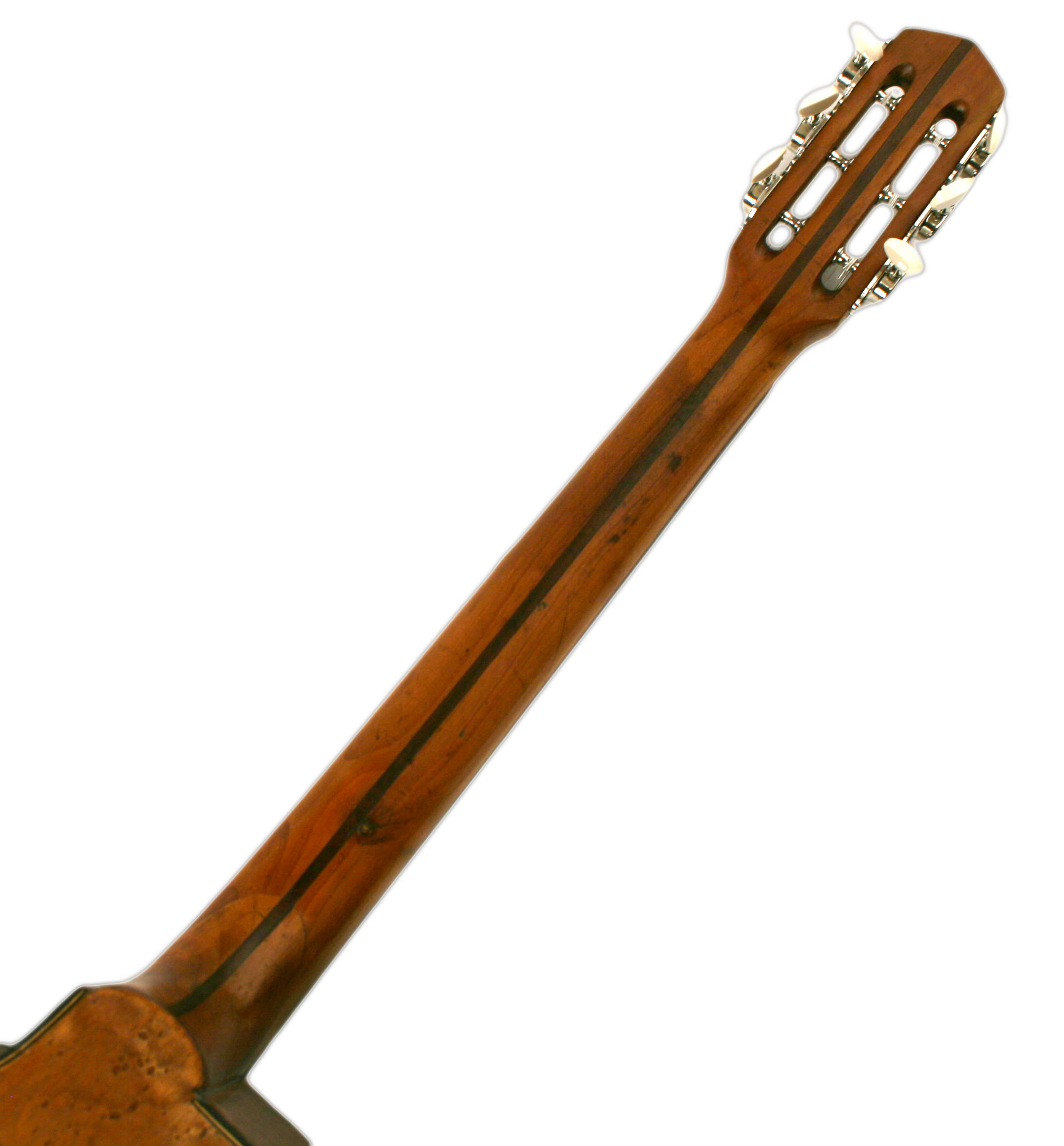 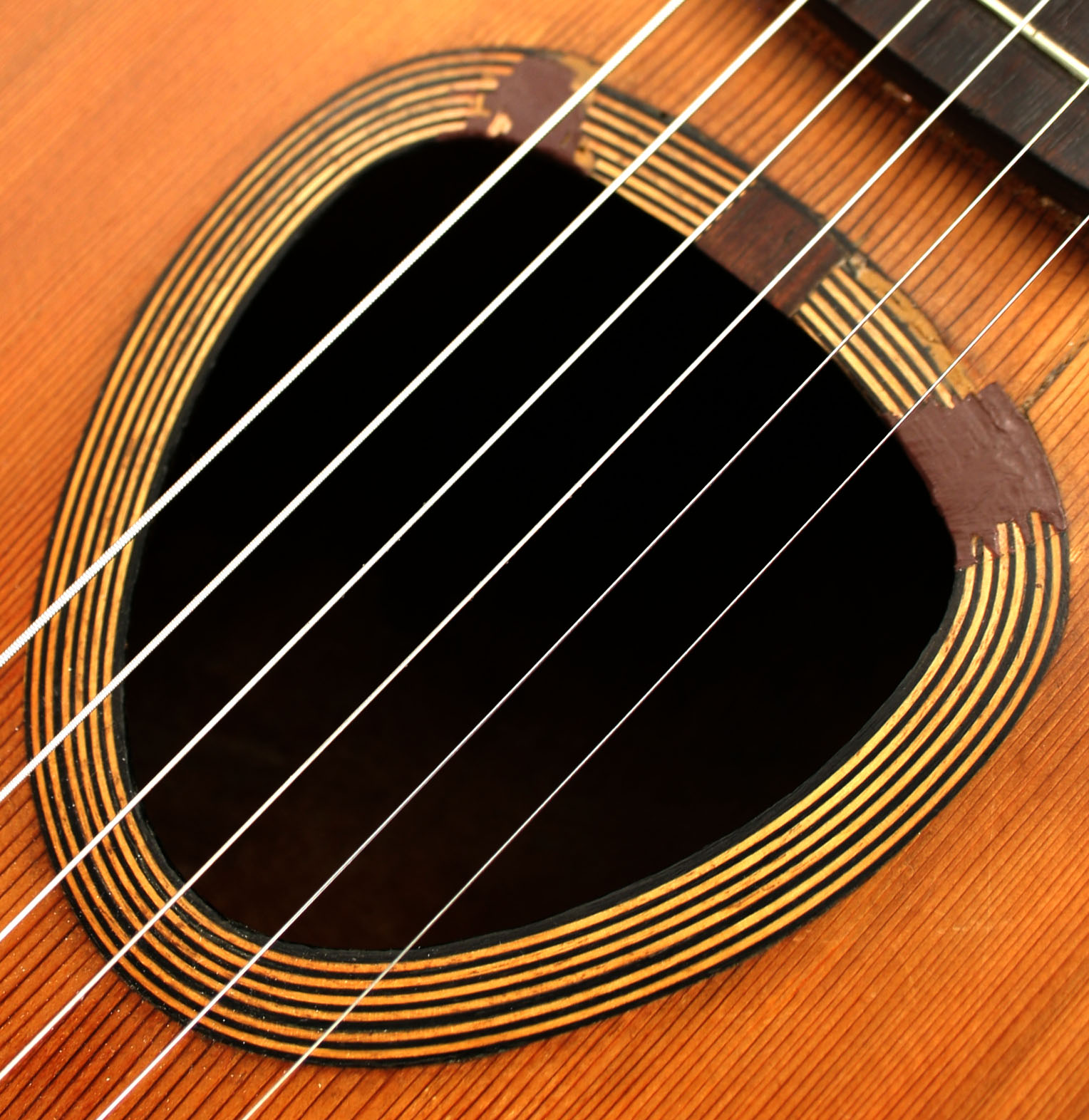 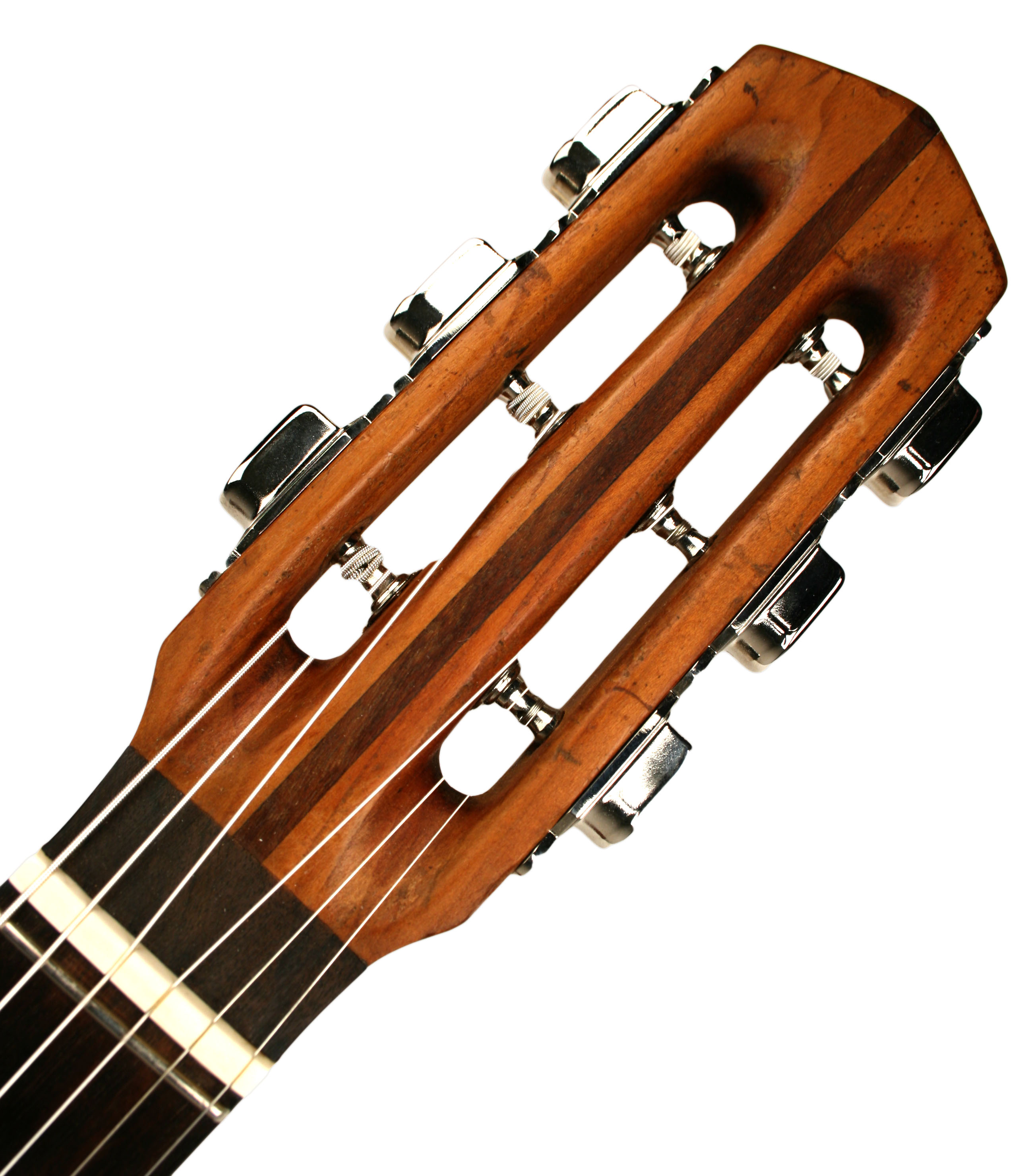 This guitar has the customary three piece neck and arched back that was typical of Franco-Sicilian makers such as Di Mauro, Busato, Bucolo, etc. The top is spruce, the neck is maple with an ebony spline, and the back and sides are made from a stunning piece of birdseye maple!

This instrument possess the much coveted dry, classic tone that is only found in the best vintage Gypsy guitars. Each note is crisp, clear, and well defined with the kind of character and complexity that only comes with age. Projection is excellent as the Di Mauro style three brace design really lets the top move.  I particularly like the low-mid "growl" this guitar produces as it gives chordal work a wonderful attitude that is lacking in other, more "polite" instruments.

This instrument is in very good condition, with no cracks or structural damage of any kind. It does have a few cleats which secure the seams of the four piece top, but those appear to be original and are typical of Di Mauro's work. The guitar appears to have been refinished and now has a light, satin finish which is both attractive and sonically beneficial. The tailpiece was replaced with a more modern nickel one and a set of Schaller Classic Deluxe tuners have been installed. It appears that the guitar once had a soundole pickup of some sort which was later removed. A few chunks of the rosette are missing and have been repaired. A bigtone pickup has also been installed.

A Joseph Di Mauro of any kind continues to be one of the best bangs for the buck in the vintage Gypsy market. This legendary Heart Hole model is a rare find that will earn you endless bragging rights without breaking the bank!