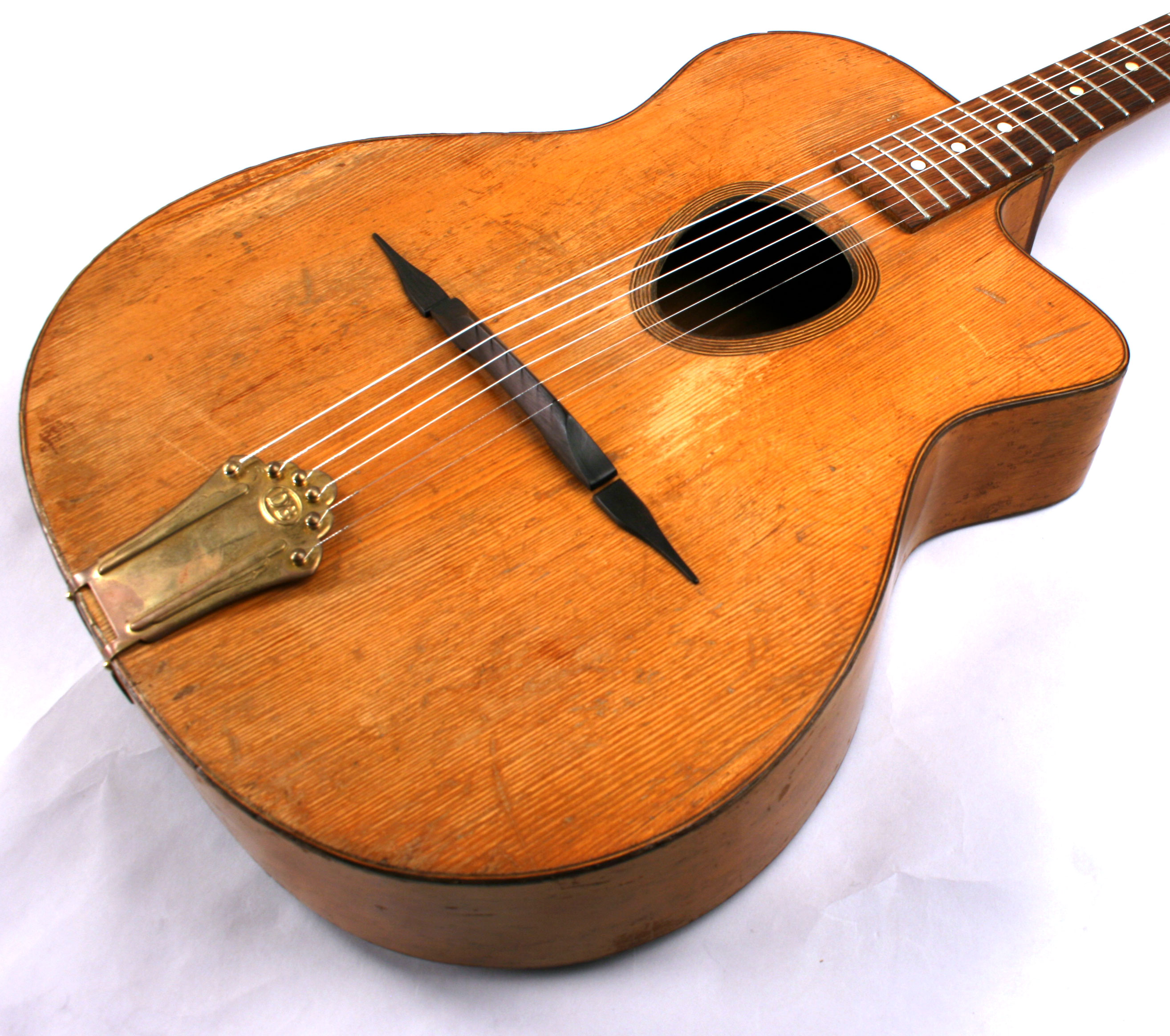 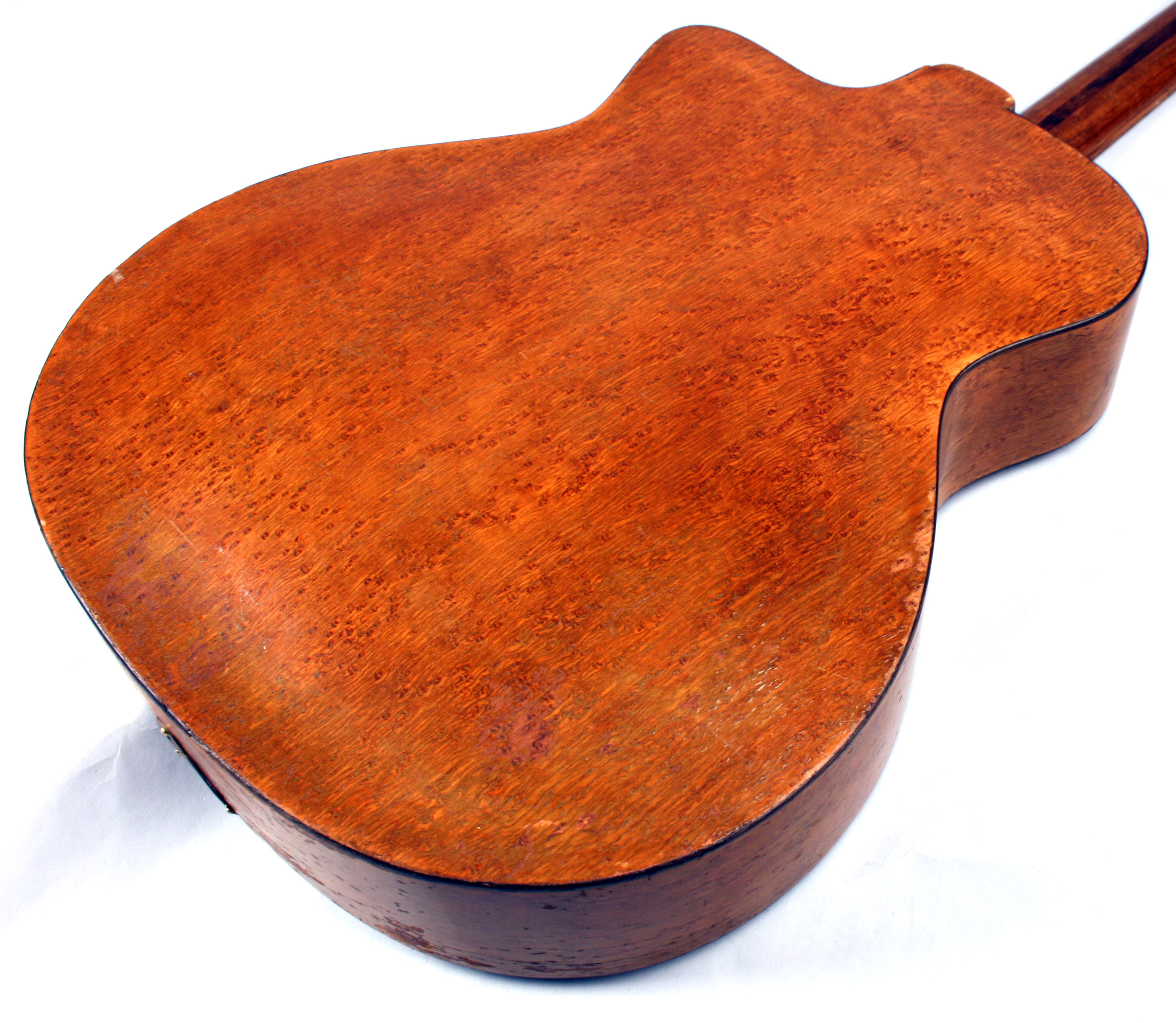 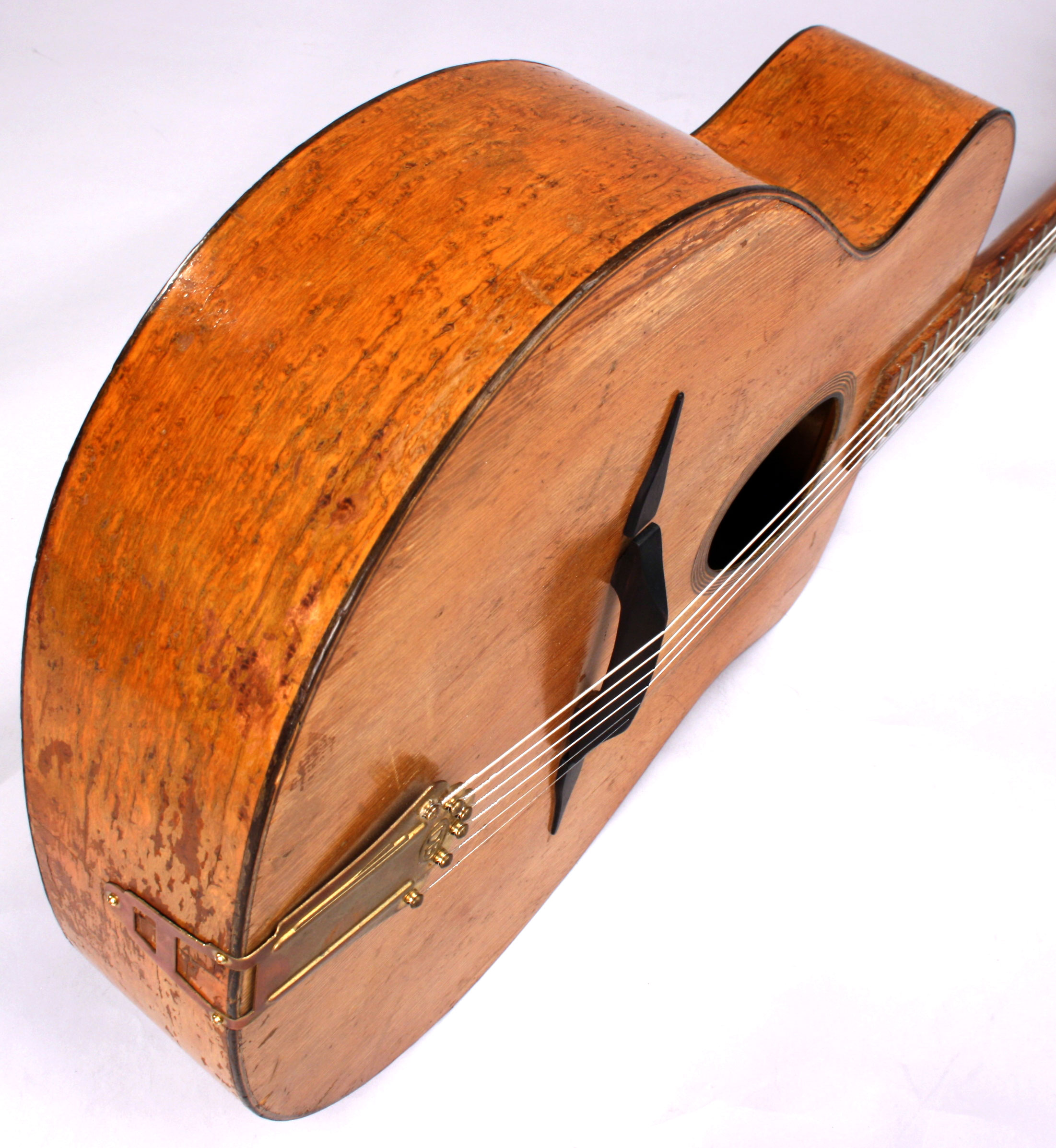 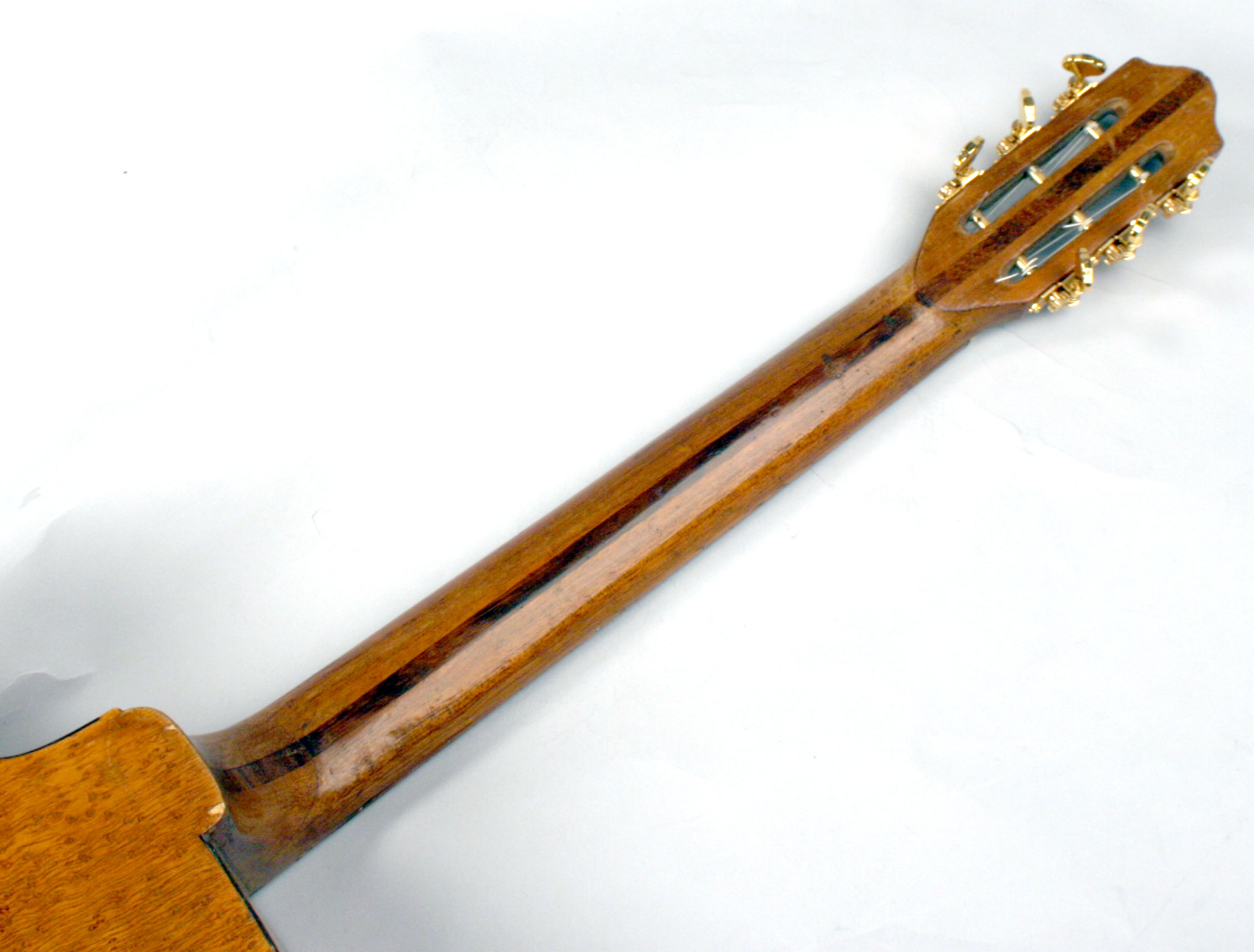 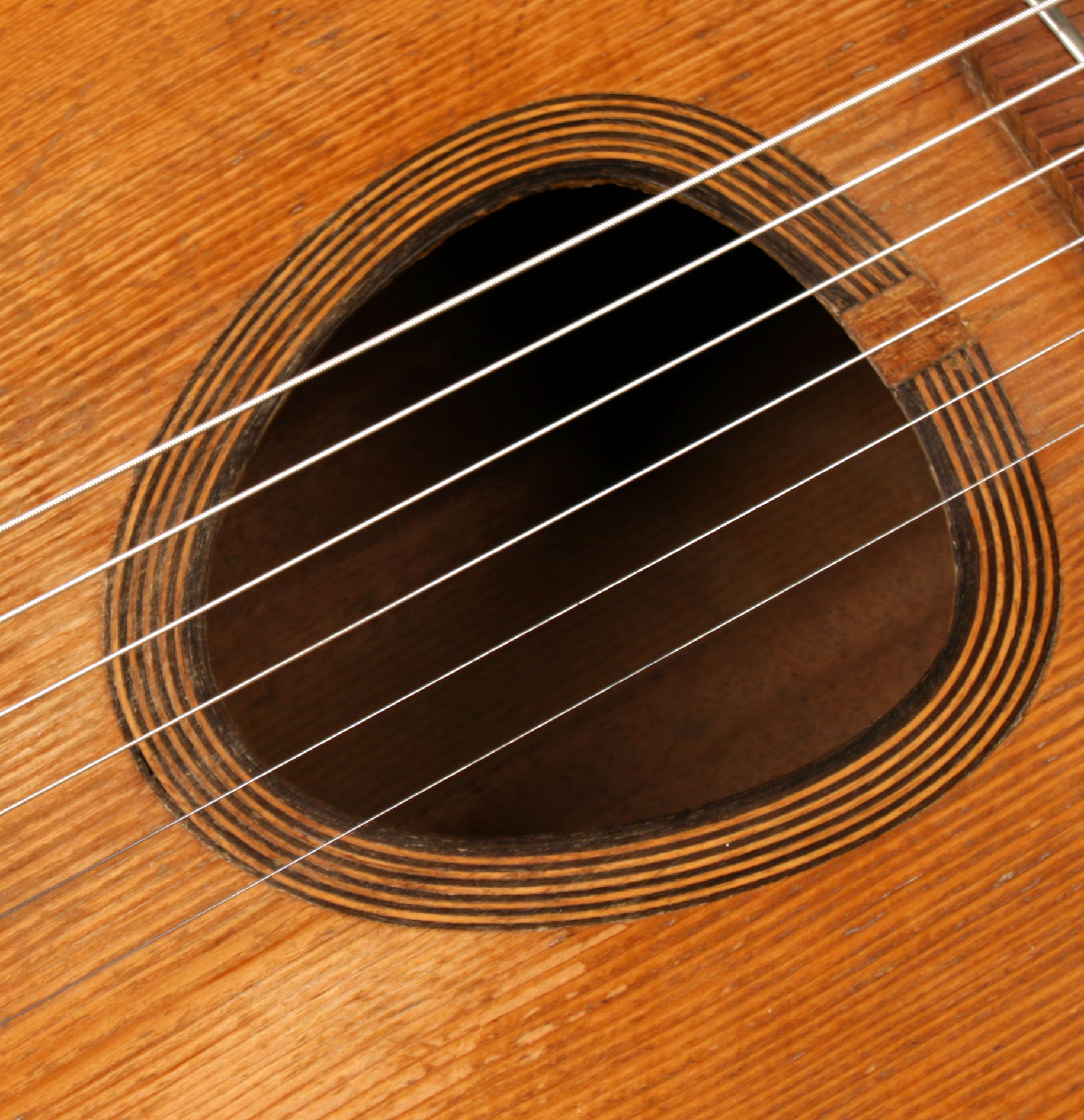 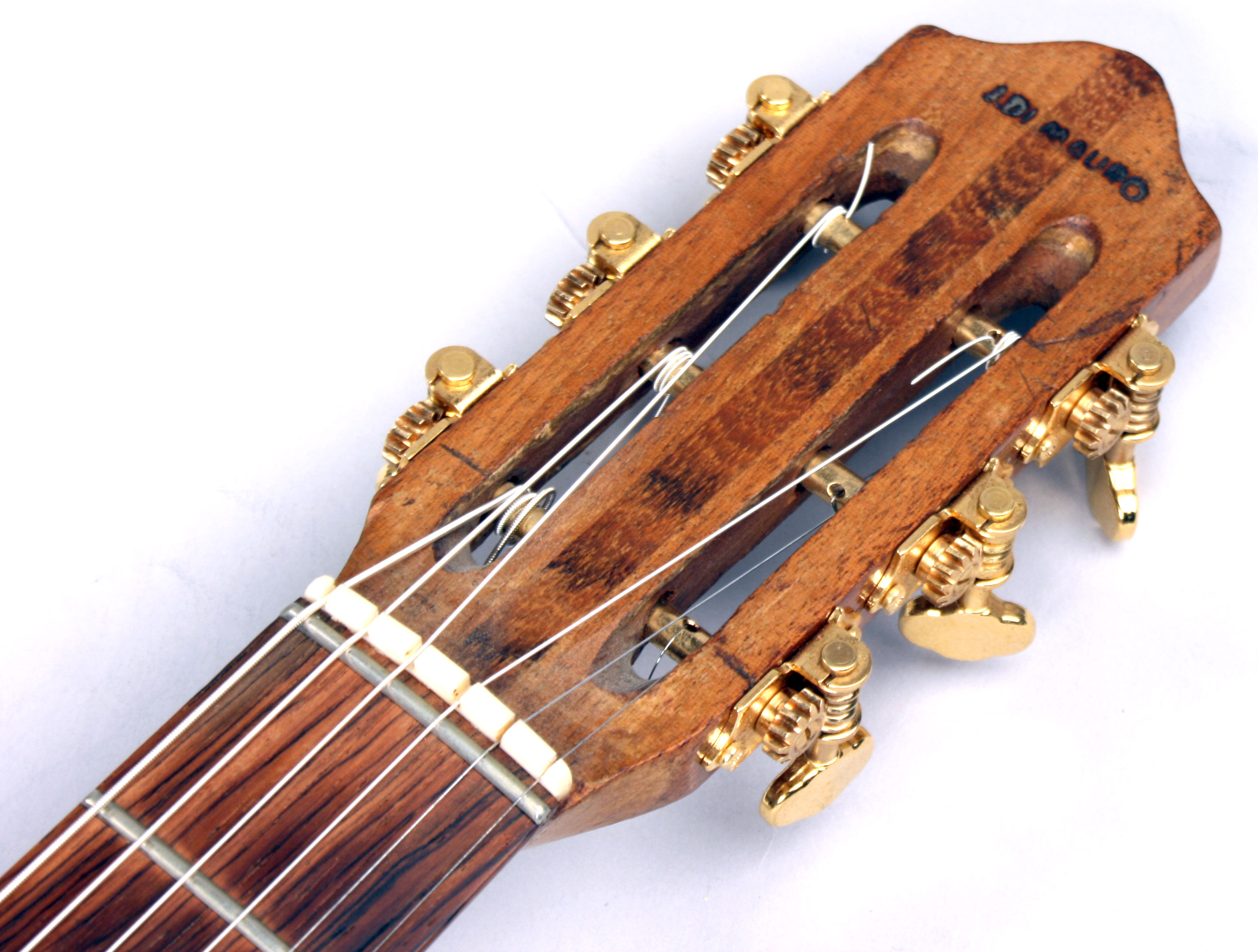 This guitar has the customary three piece neck and arched back that was typical of Franco-Sicilian makers such as Di Mauro, Busato, Bucolo, etc. The top is spruce, the neck is mahogany with an ebony spline, and the back and sides are made from a stunning piece of birdseye maple!

This instrument possess the much coveted dry, classic tone that is only found in the best vintage Gypsy guitars. Each note is crisp, clear, and well defined with the kind of character and complexity that only comes with age. Projection is excellent as the Castelluccia style three brace design really lets the top move. The tone of this guitar is unusually rich, with a full and sonorous low end. I particularly like the low-mid "growl" this guitar produces as it gives chordal work a wonderful attitude that is lacking in other, more "polite" instruments.

The condition is excellent for a guitar of this age. The tailpiece was replaced with a DB tailpiece and the tuners were replaced with a set of Schaller butter bean tuners. Amazingly, there are no cracks but the guitar does have a fair amount of pick wear and dings. The top has sunk somewhat around the bridge and the 2nd brace is beginning to split.

This is an exceptional price for such a coveted vintage Gypsy guitar. Normally this model sells for $4K or more!