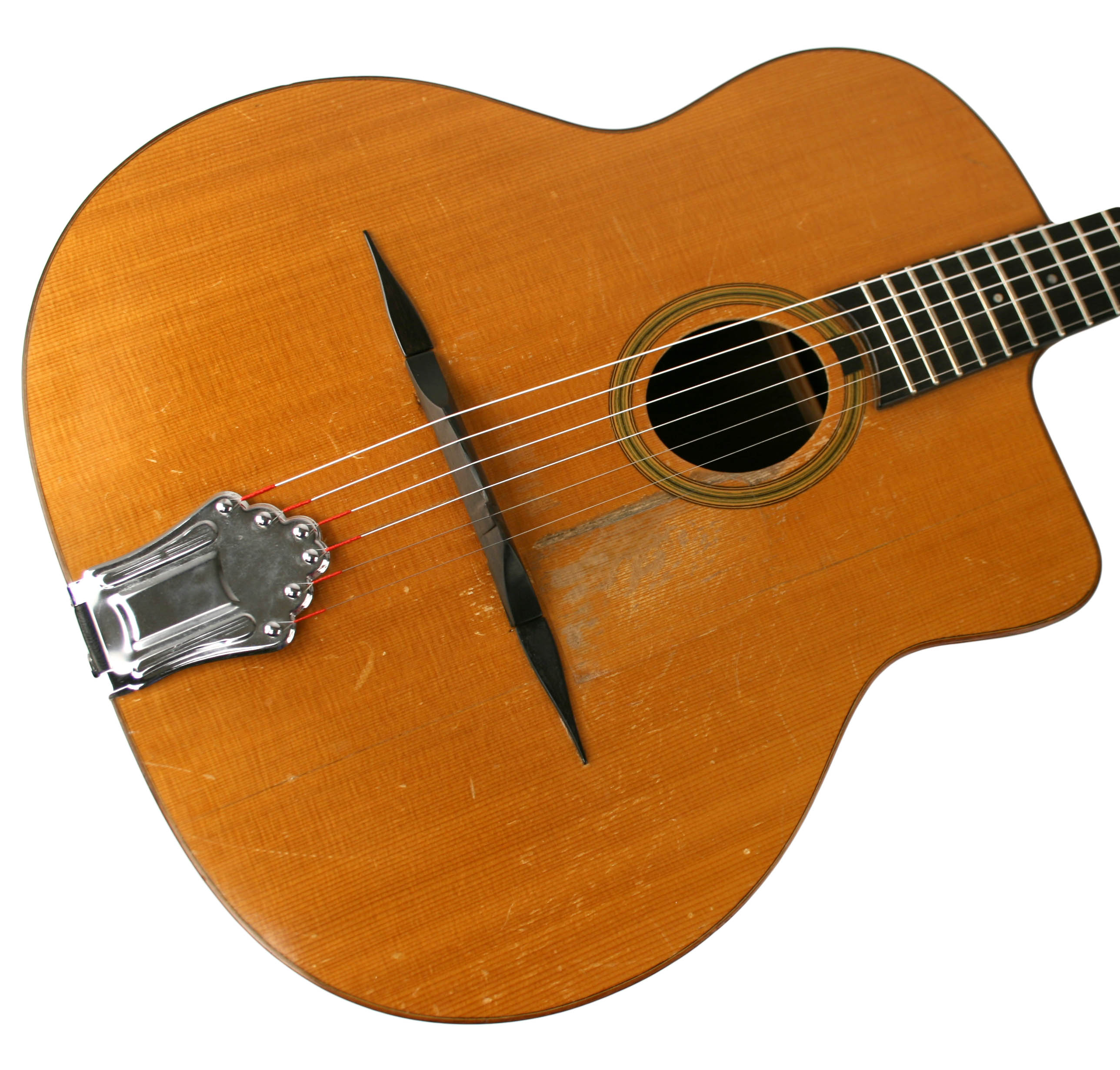 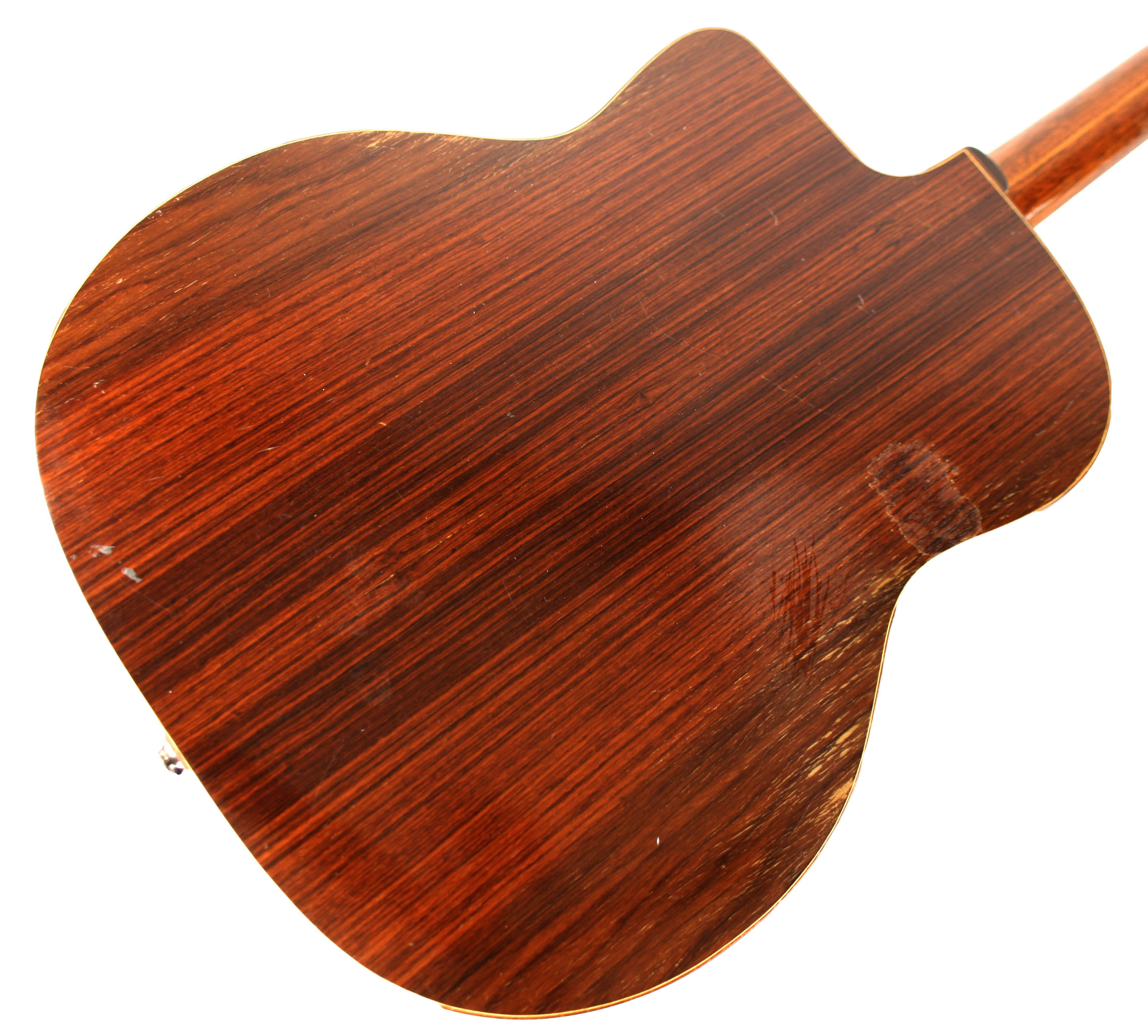 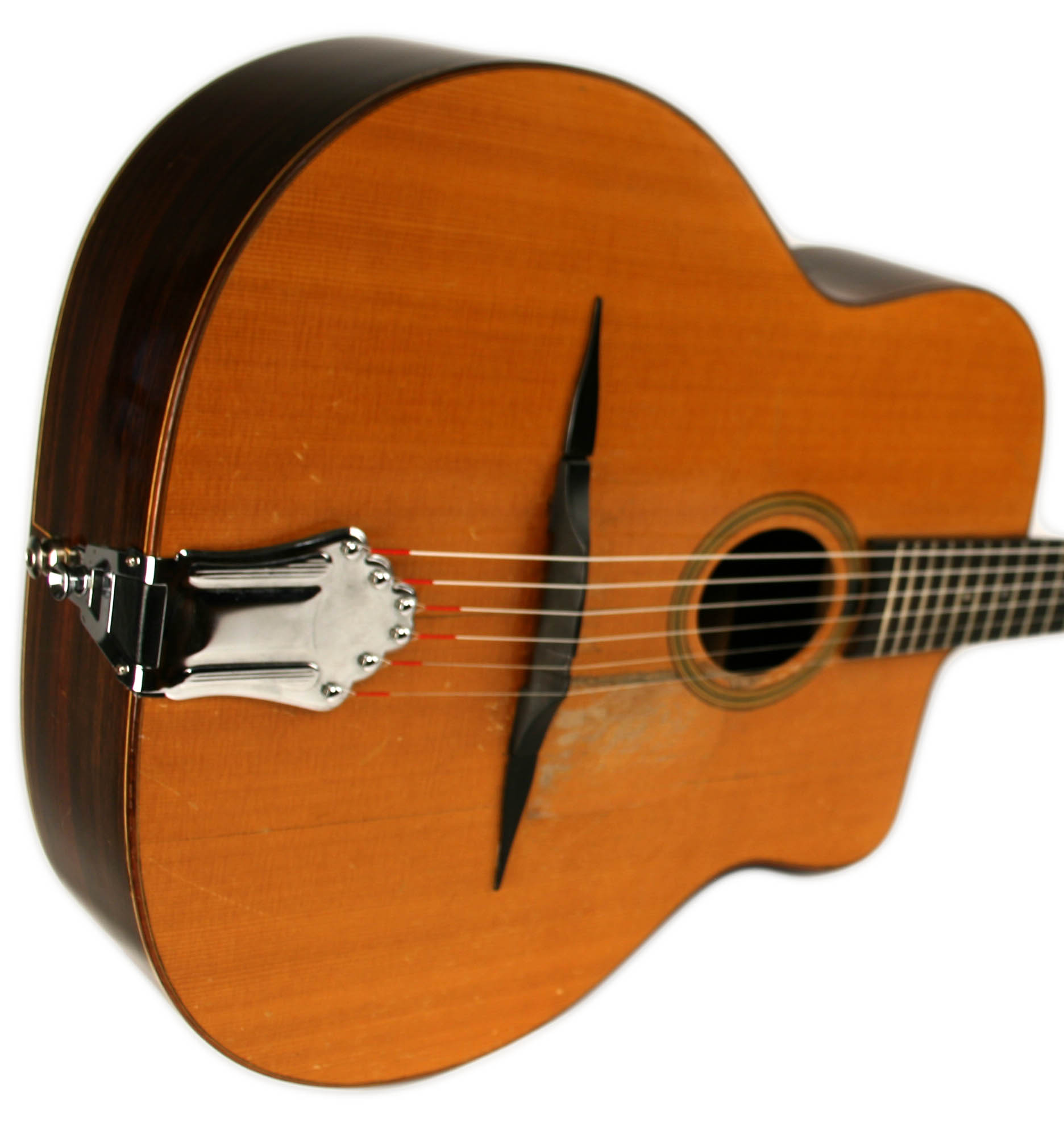 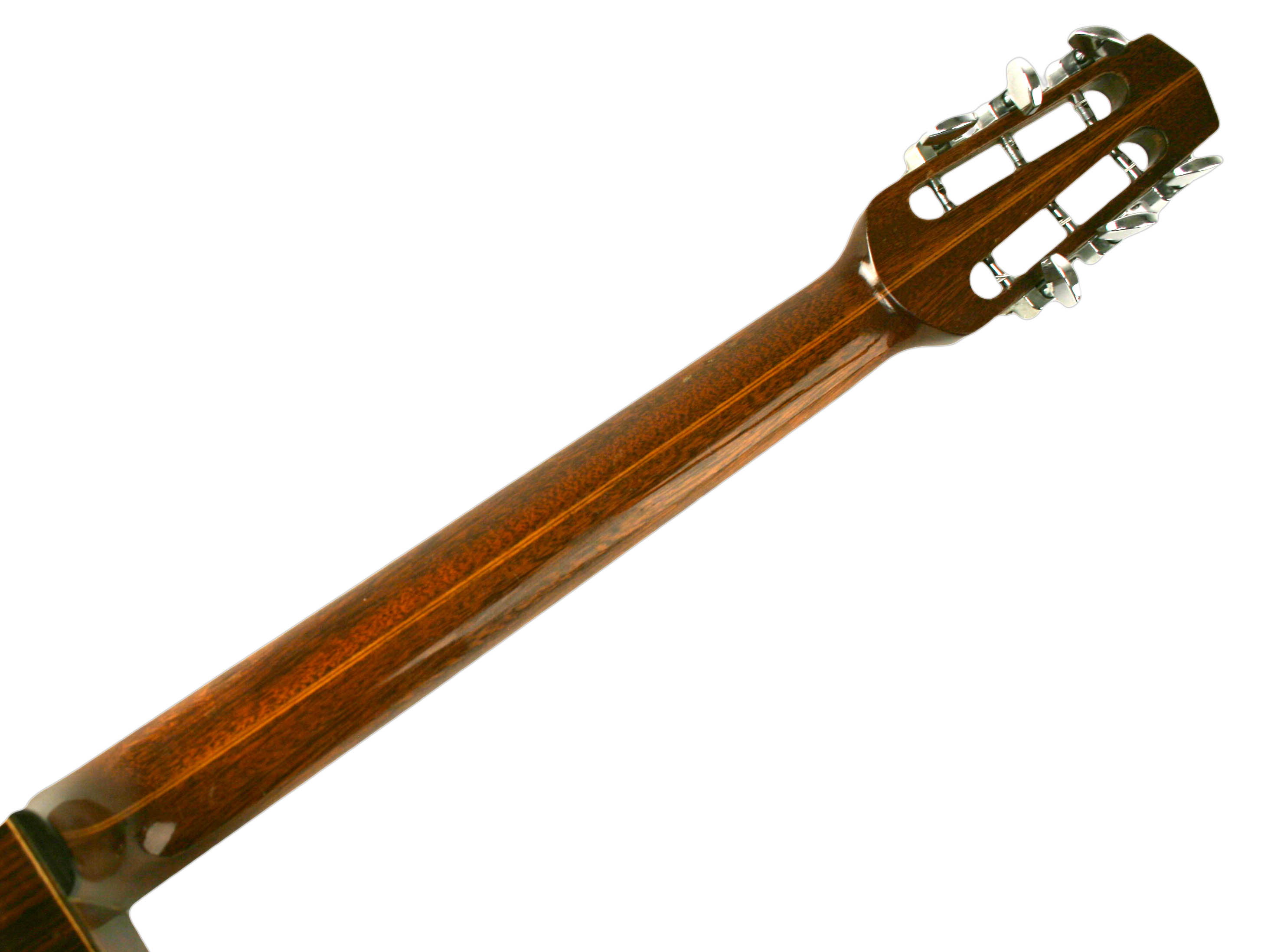 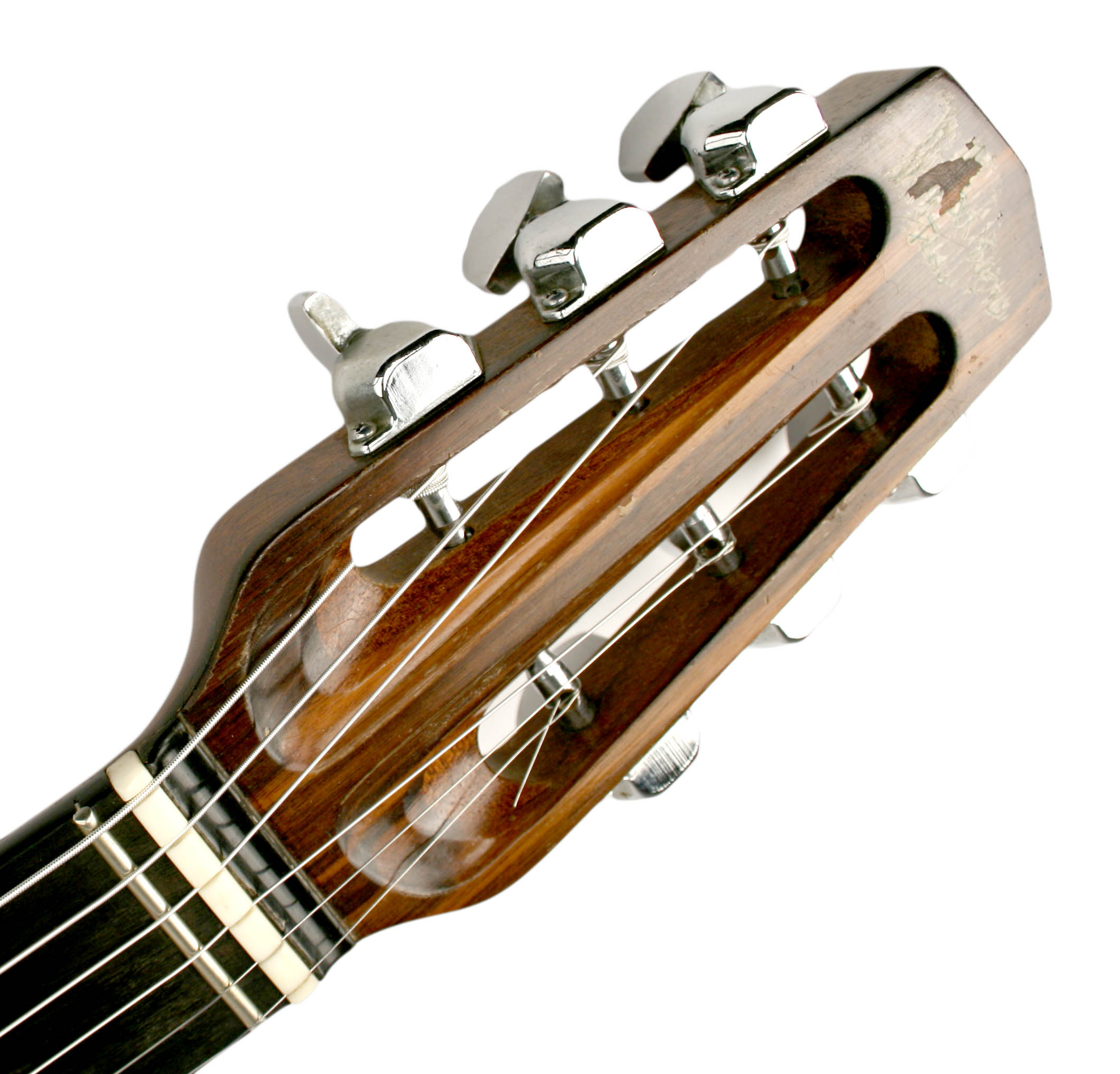 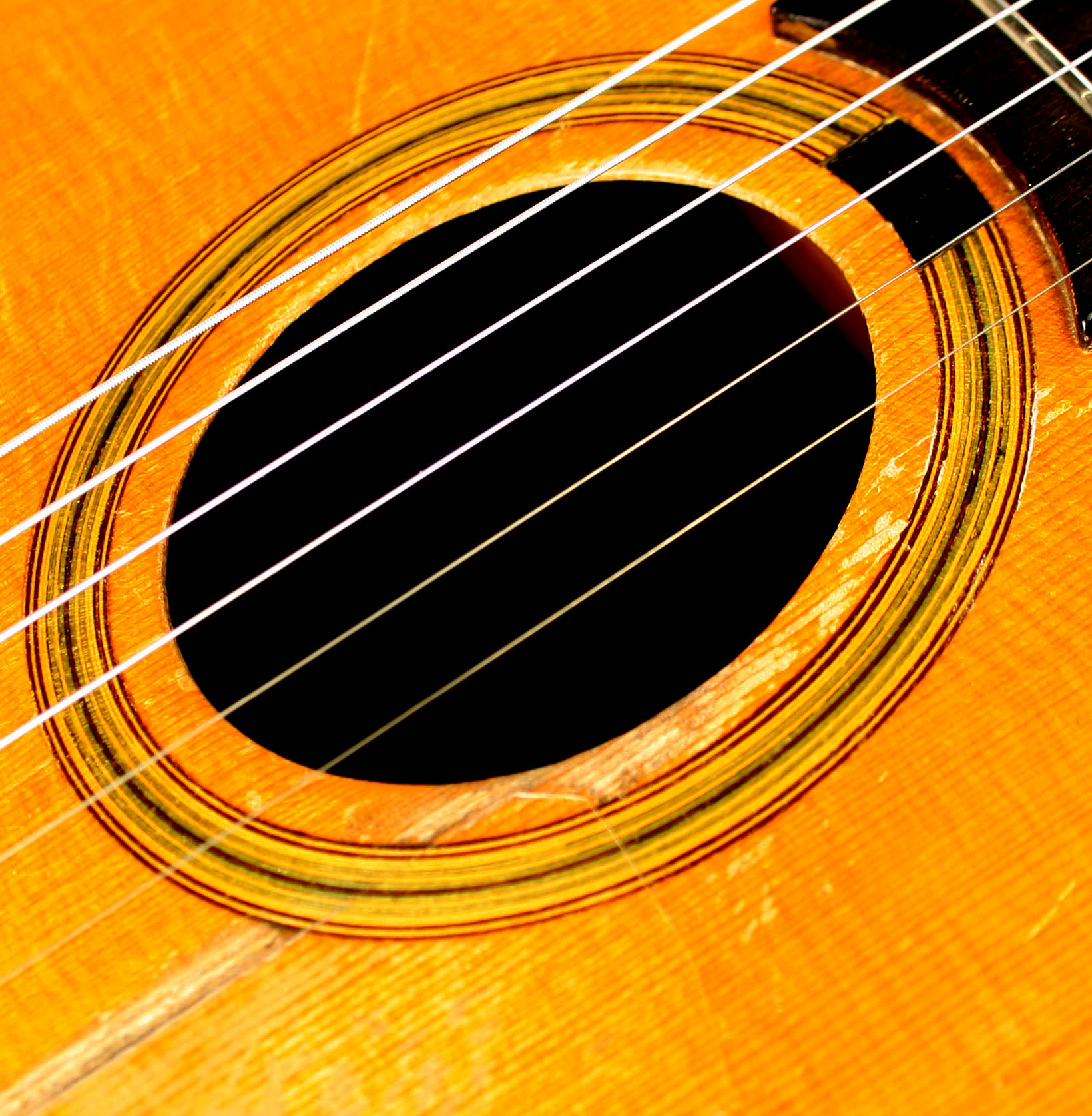 This excellent Favino was built during the "transitional" period of the Favino workshop. Jacques Favino retired sometime in 1978, but his son Jean-Pierre continued to make guitars in the style of his father. During the 1980s Jean-Pierre began experimenting with various design changes which culminated in the modele S that he makes today. This fascinating example is a more modern variation of the old modele #10 which became legendary in the hands of so many of the top players from 1960s-70s.

This guitar has a spruce top, Indian rosewood back and sides, and has a walnut neck. This Favino was built with Jean-Pierre's special 666mm scale which makes it a bit easier to play than the longer 675mm Favinos. Like all classic Favinos, it has only four top braces. A bigtone pickup has been installed and the original top mounted contact pickup that JP Favino included with the guitar is still there as well. Hardware includes a chrome tailpiece and matching chrome tuners.

This instrument is in good condition. It has numerous dings and scratches as well as a top crack which runs the length of the top on the treble side. The crack has been cleated and is secure. Some finish was rubbed off the back near the upper treble bout. The label is missing but the JP Favino decal is still on the headstock. although it's degraded quite a bit which seems to be a recurring problem with his headstock decals. There is very little fretwear.

The sound of this guitar is pure Favino! It has the unmistakable Favino tone which features warm, nasal dims; full bodied lows; and rounded highs. This guitar is quite dry and free of bothersome overtone ringing, making it very clear and easy to hear in group settings. It has character galore...play a chromatic run and you instantly get the gusty, hard fisted sound that the Alsatian/German Gypsies like Moreno and Hans'che Weiss are famous for. Yet, it is also unmistakably more modern than the older Favinos, with a balance and sophistication that allows for modern style Gypsy playing a la Adrien Moignard/Bireli Lagrene/Sebastien Giniaux.

This is an amazing deal for an instrument built by one of the legendary luthier of Gypsy jazz!