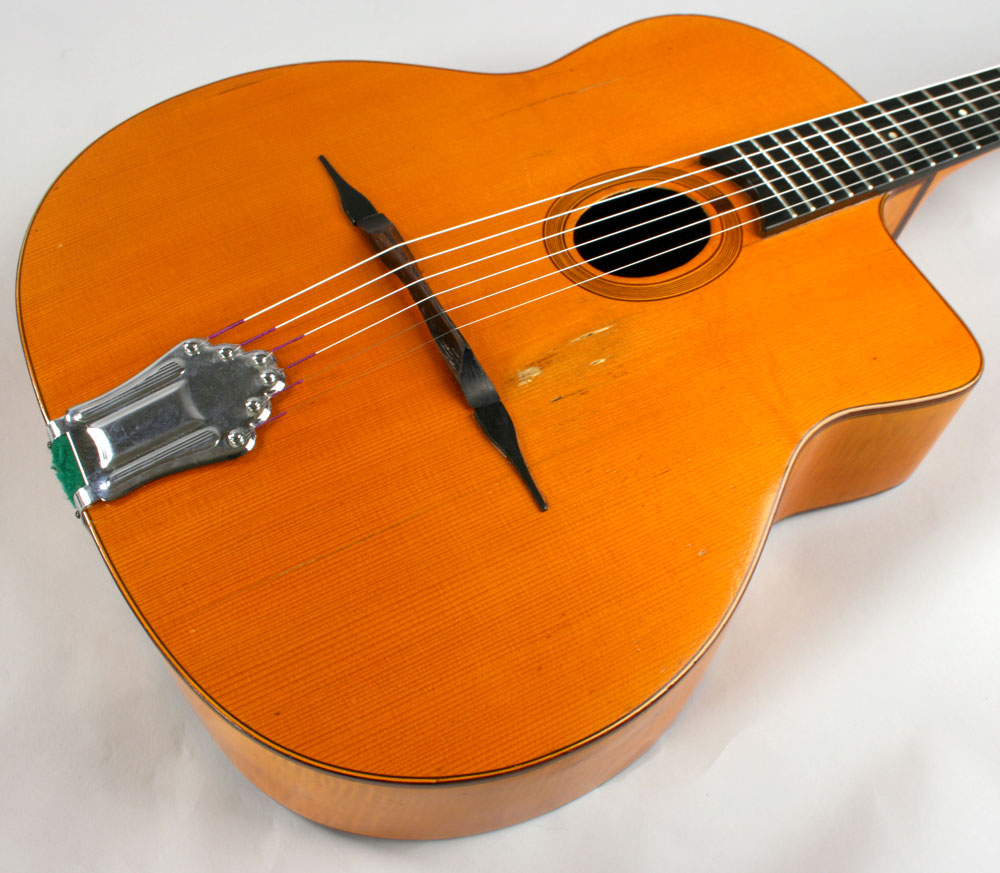 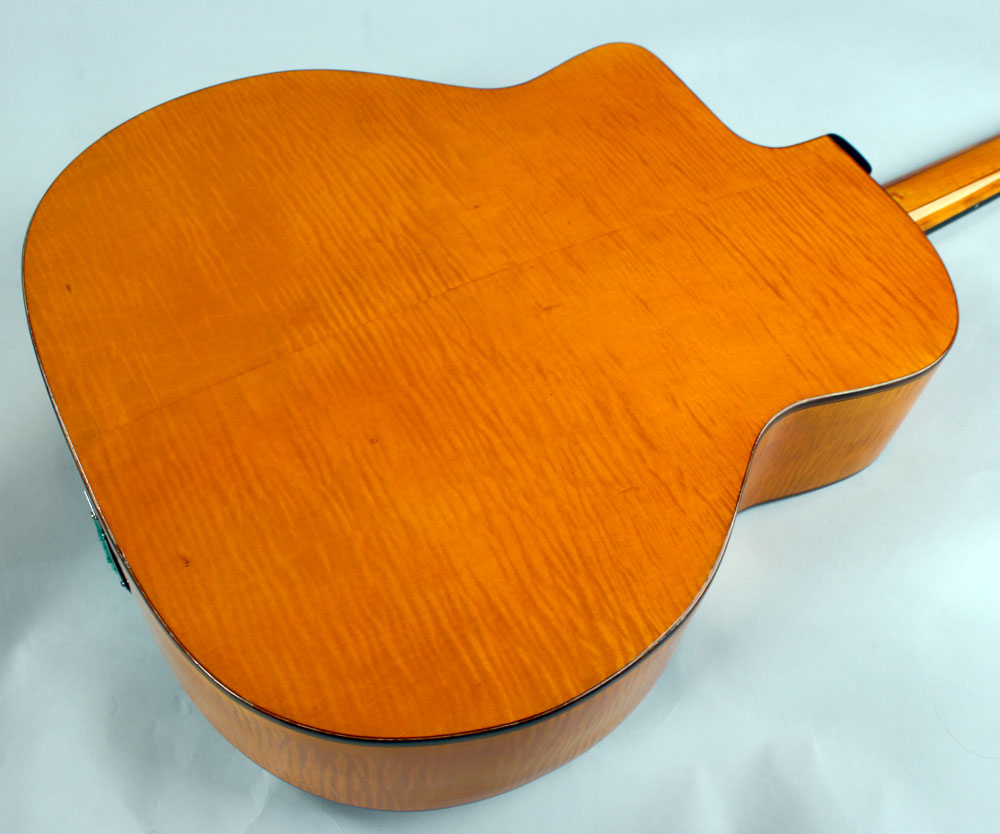 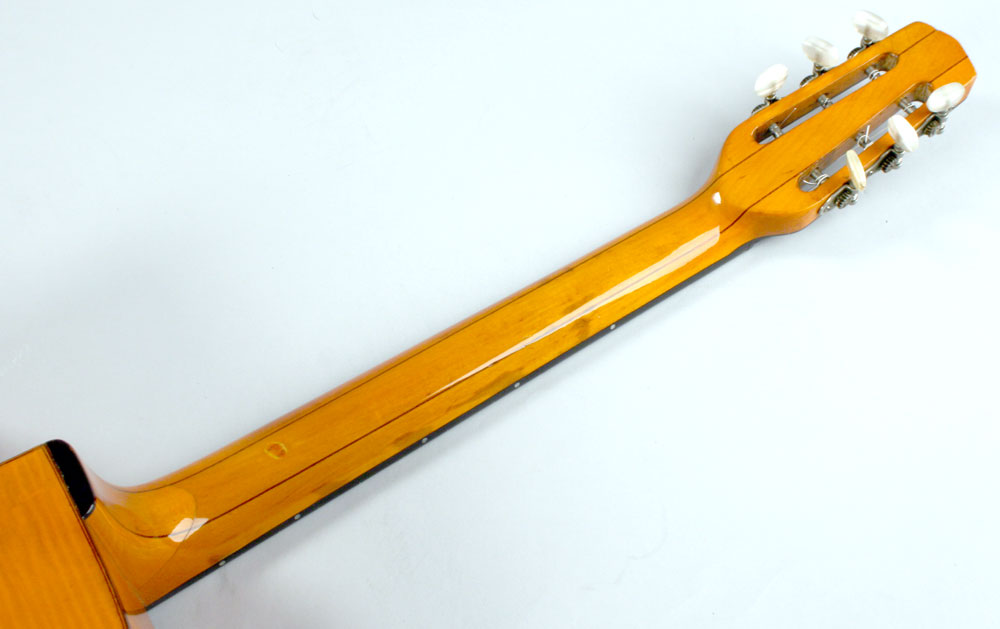 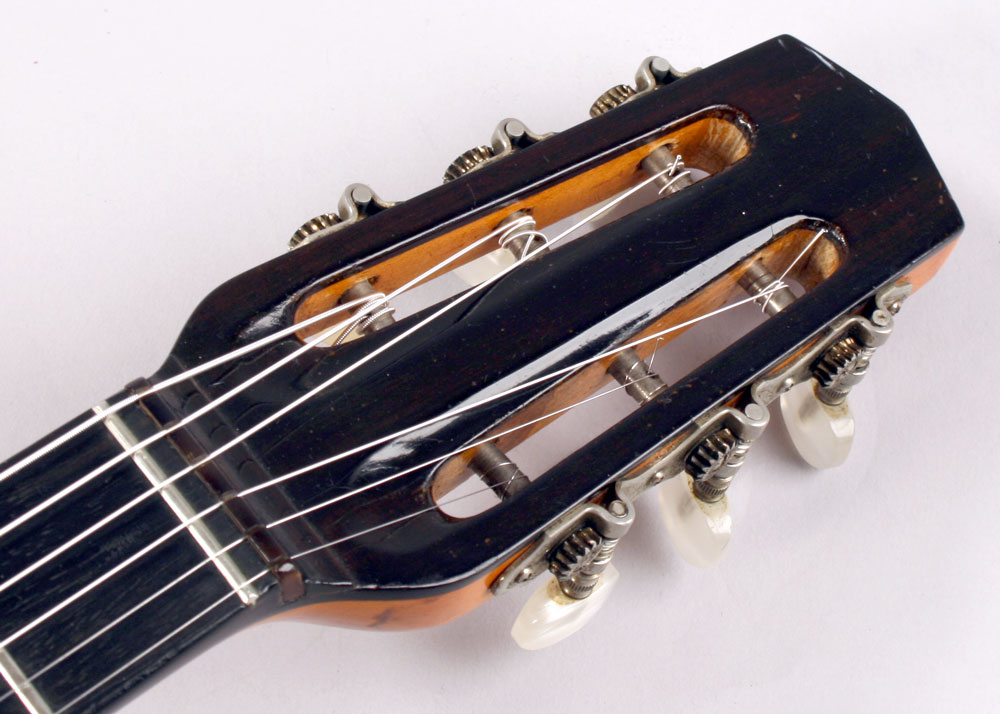 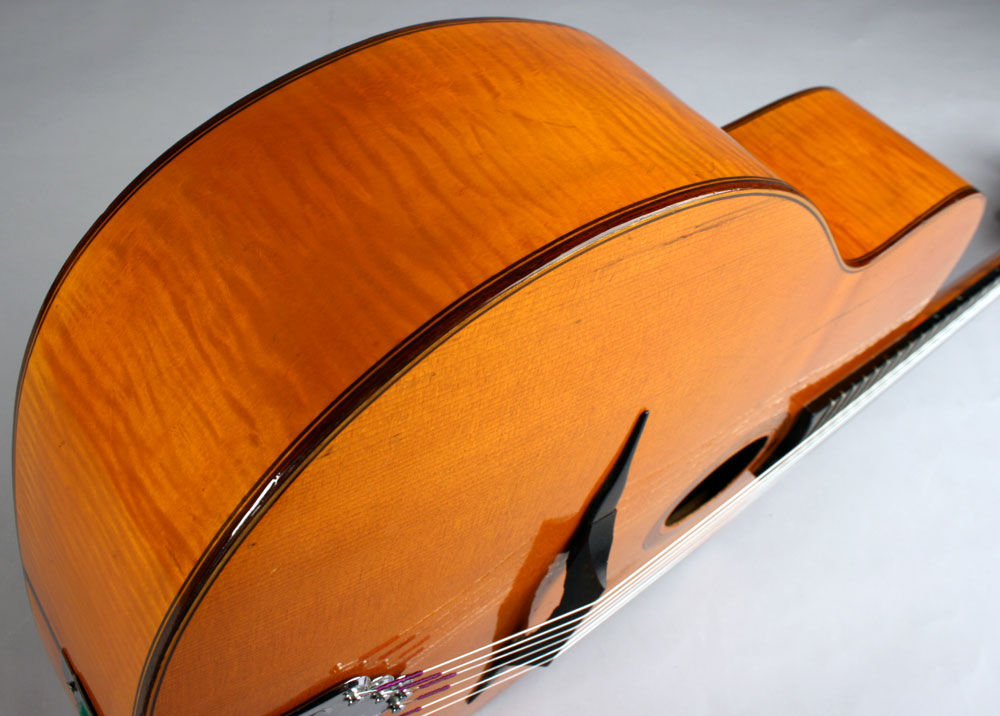 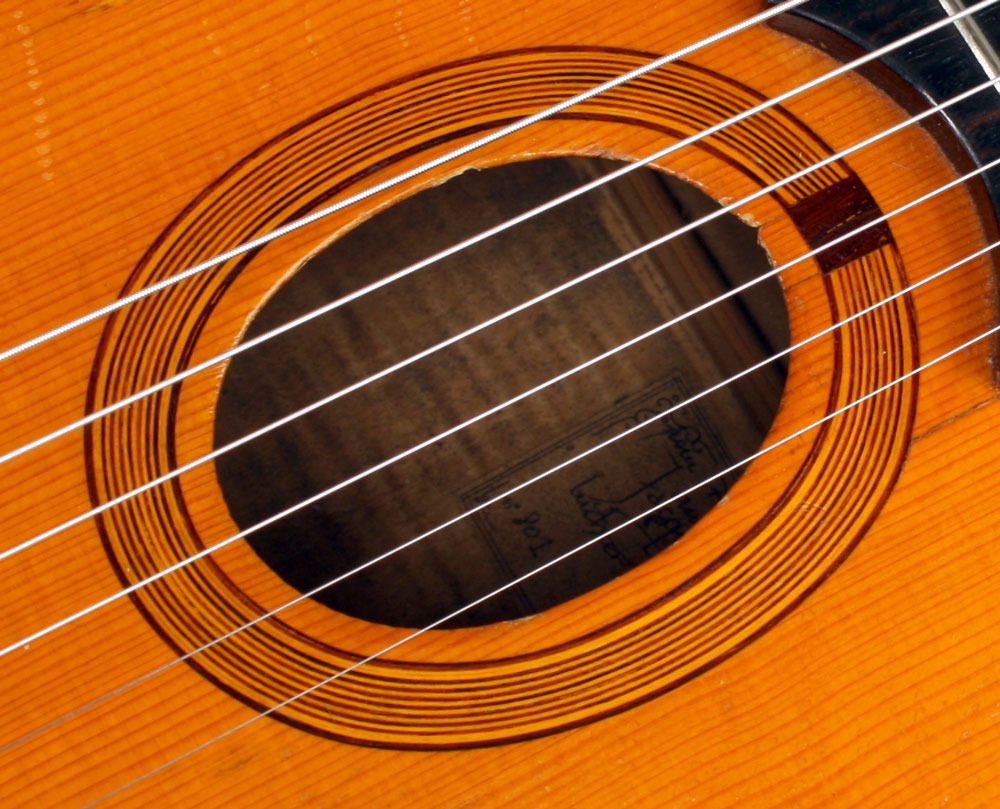 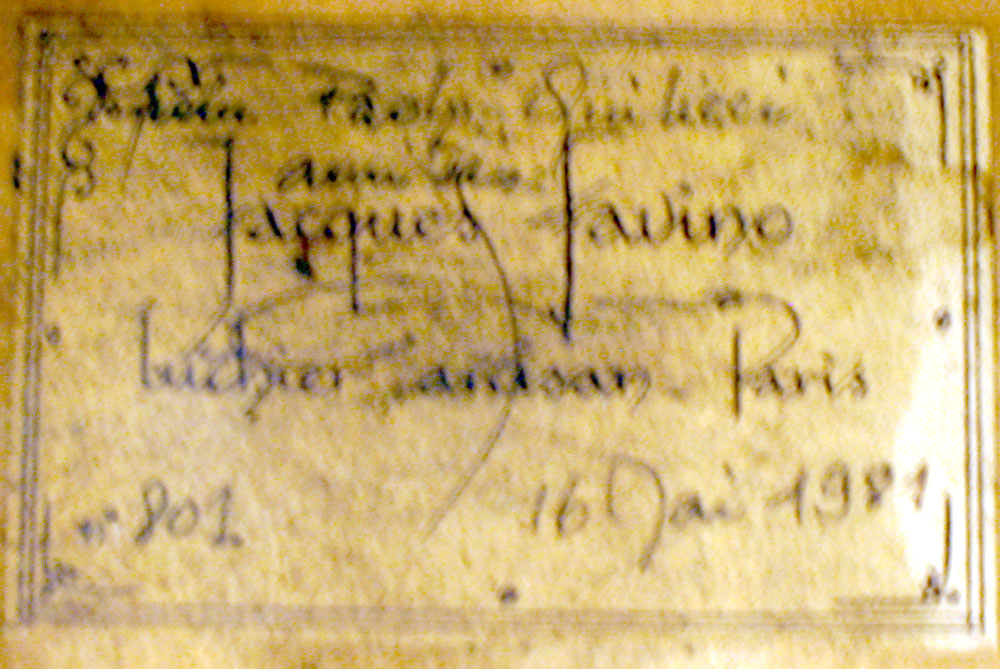 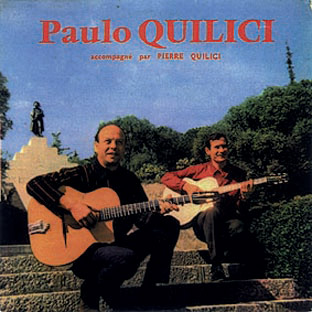 This unique Favino was made for the well known Corsican guitarist Paulo Quilici. Quilici is one of the formost performers of Corsican folk music, having produced numerous recordings of classic Corsican waltzes, boleros, tangos, etc. This is the only mapled bodied Favino model #10 I've ever seen which was not a Macias model. We can only assume that Quilici ordered this guitar to suite his own personal preferences.

This guitar has a spruce top, maple back and sides, and has a 3 piece maple neck. This Favino was built with Jean-Pierre's special 666mm scale which makes it a bit easier to play than the longer 675mm Favinos. The nickel tail piece and Schaller tuners are original.