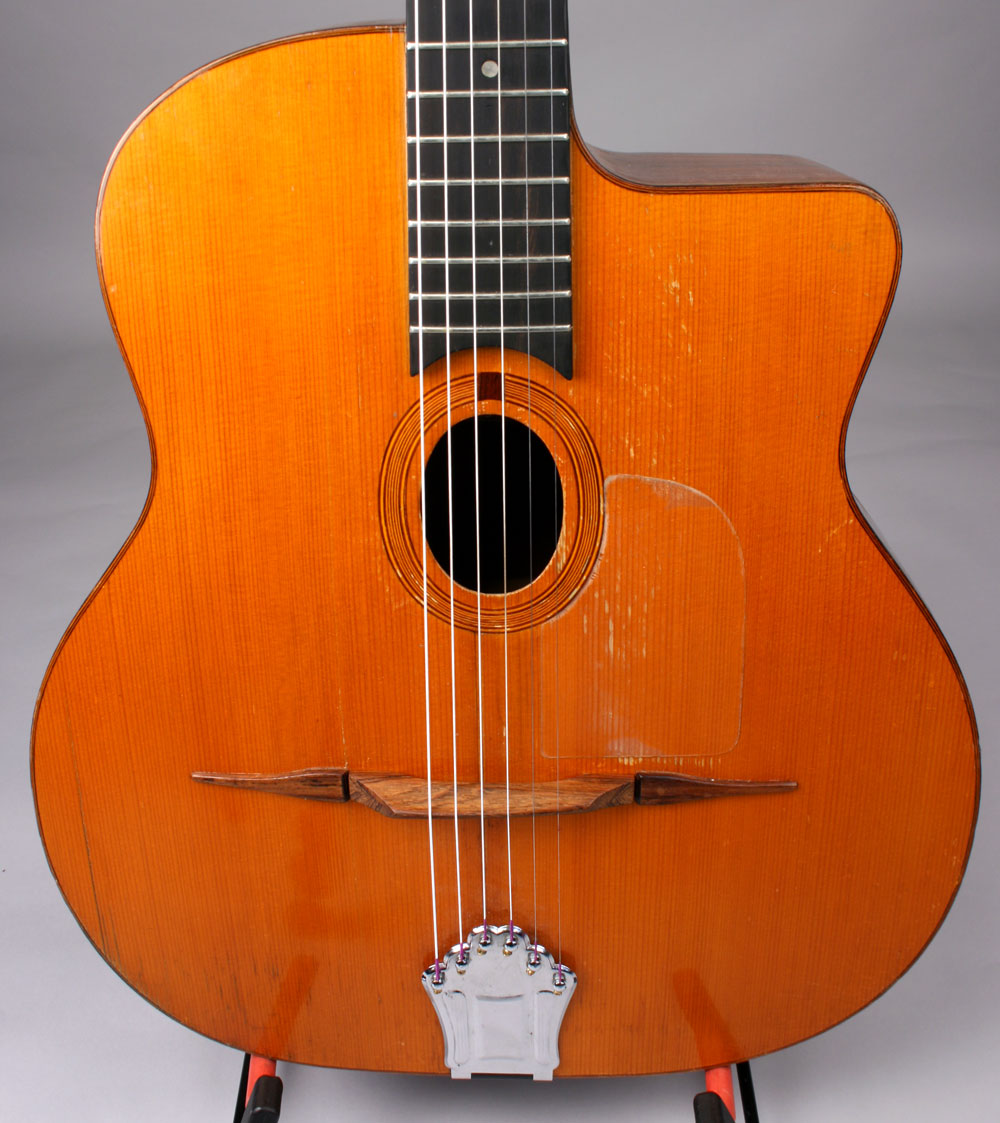 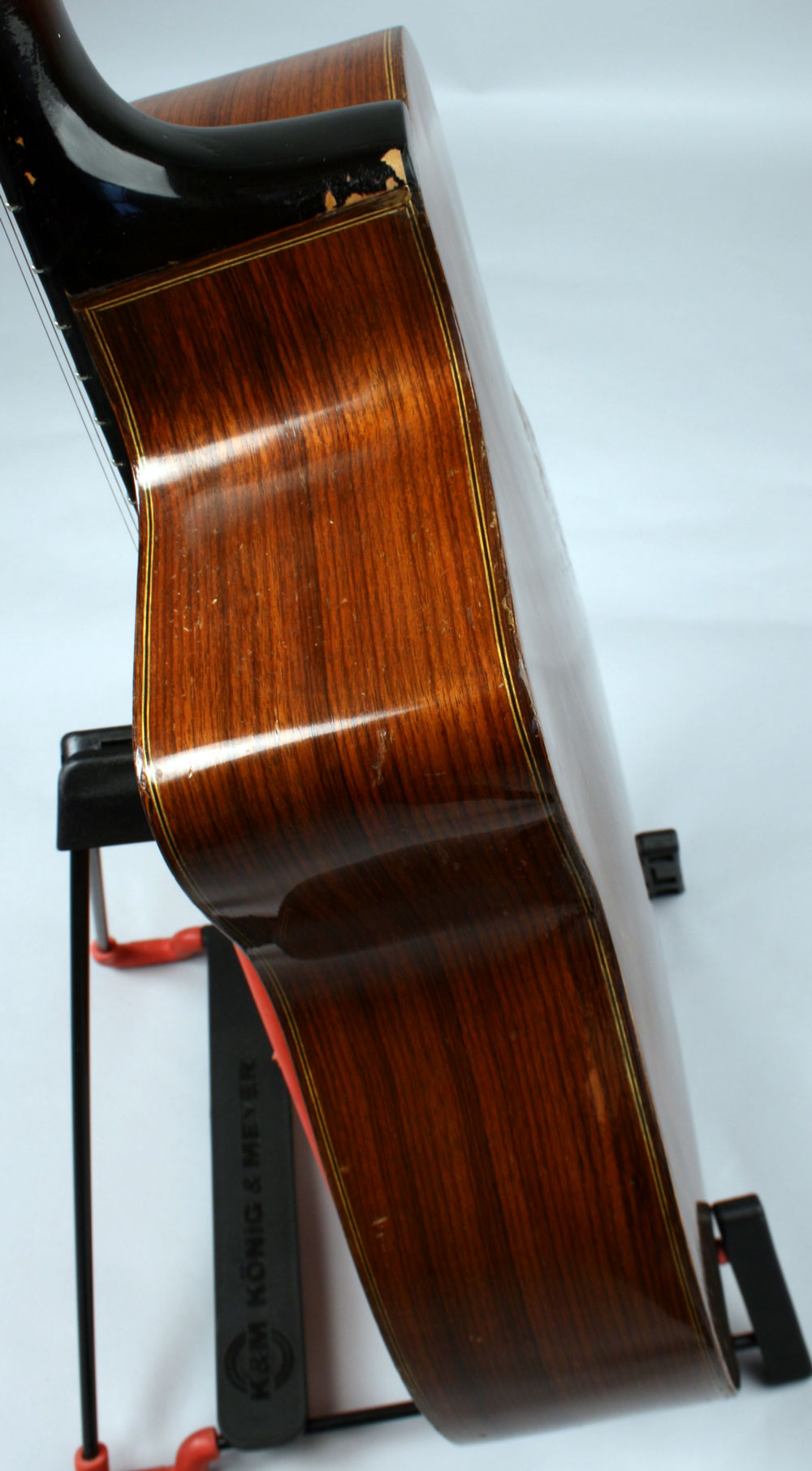 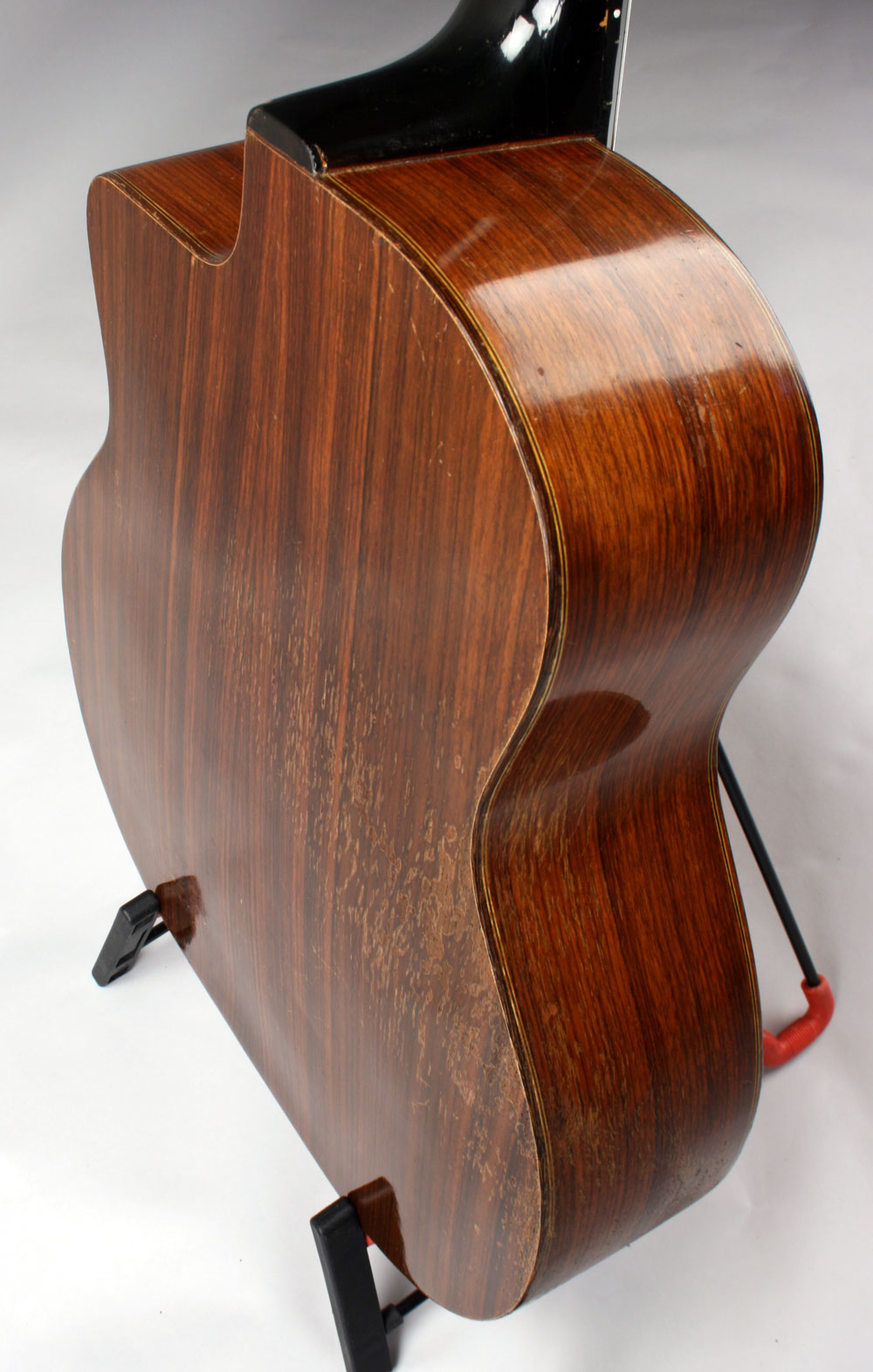 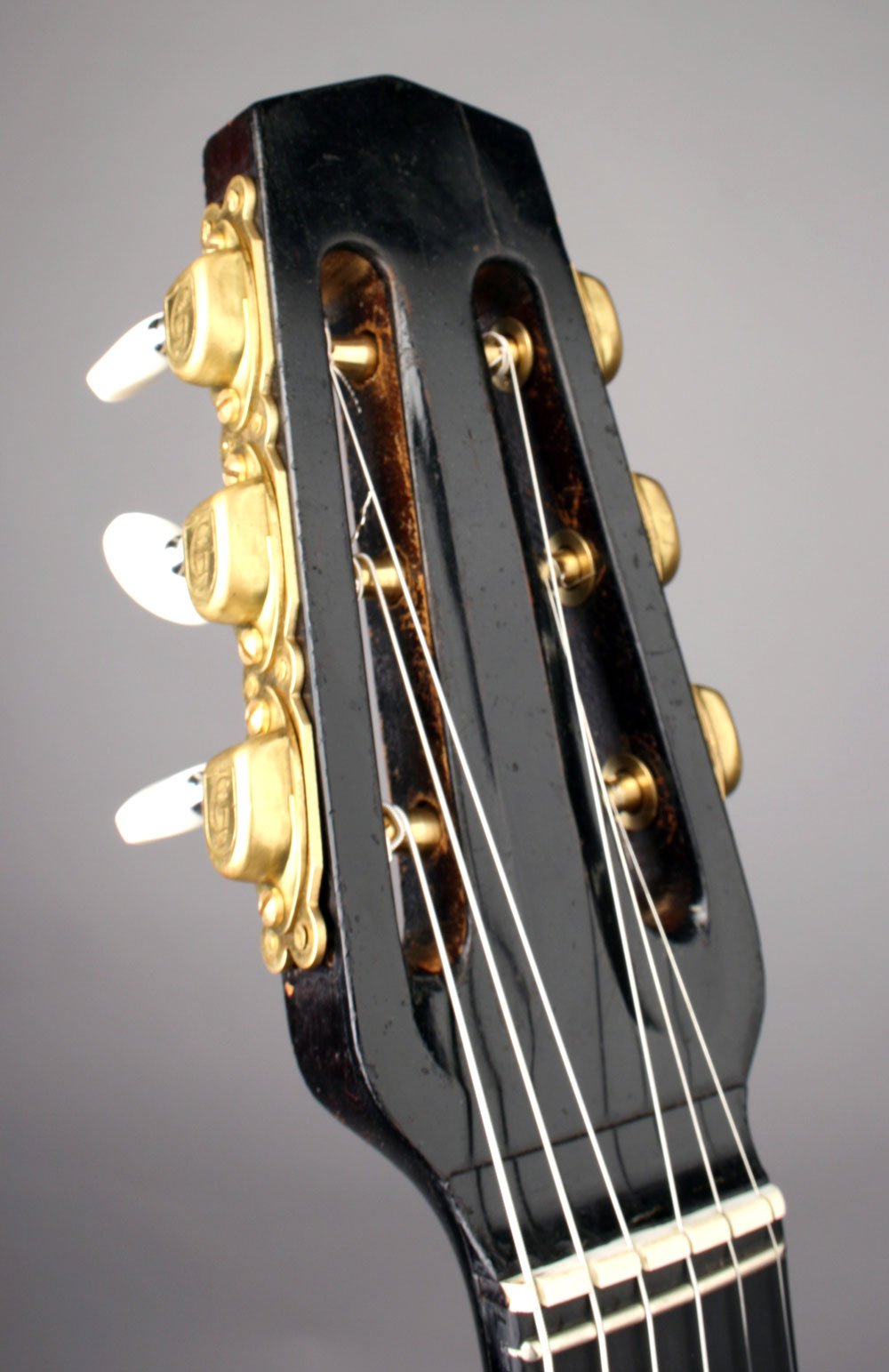 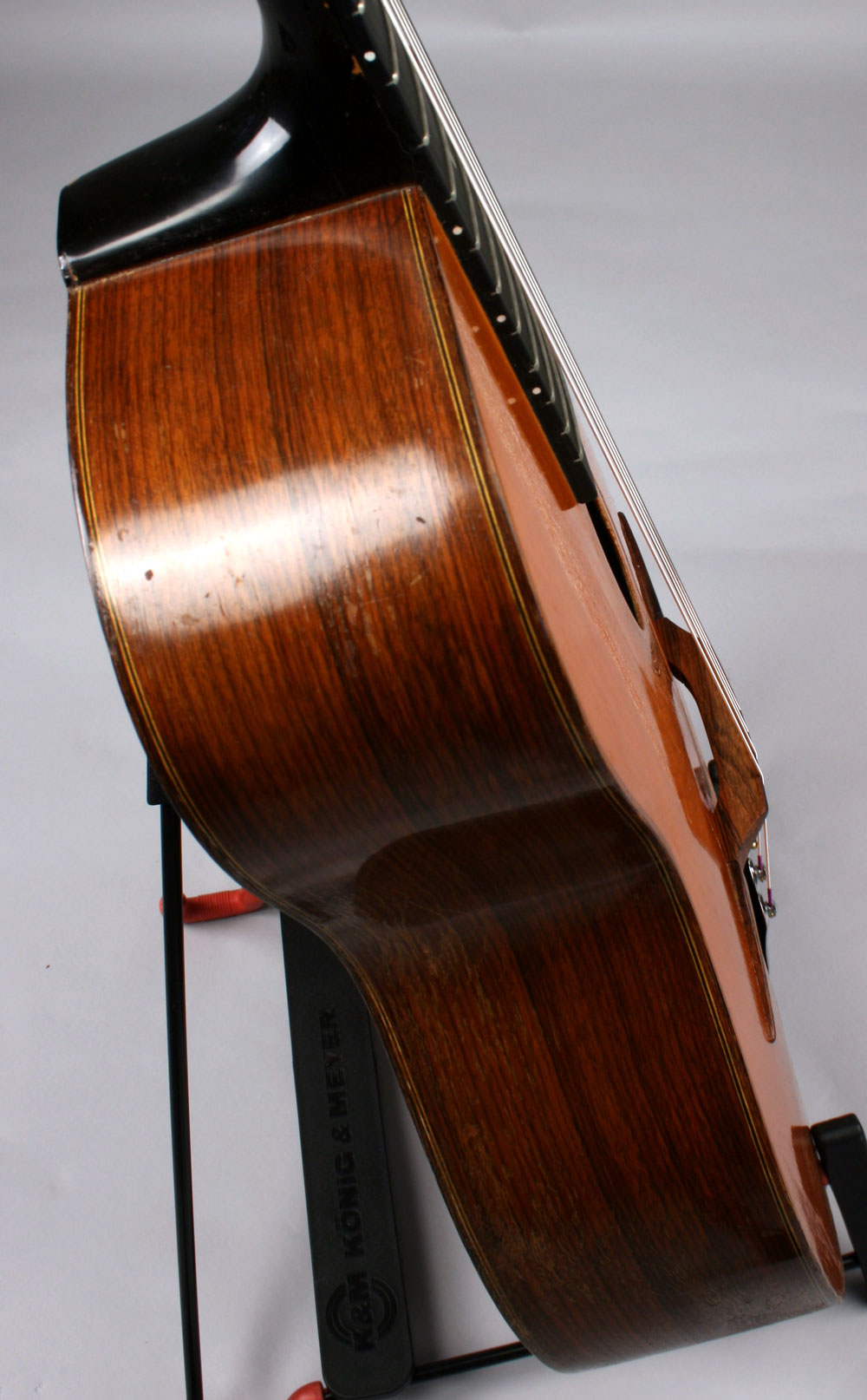 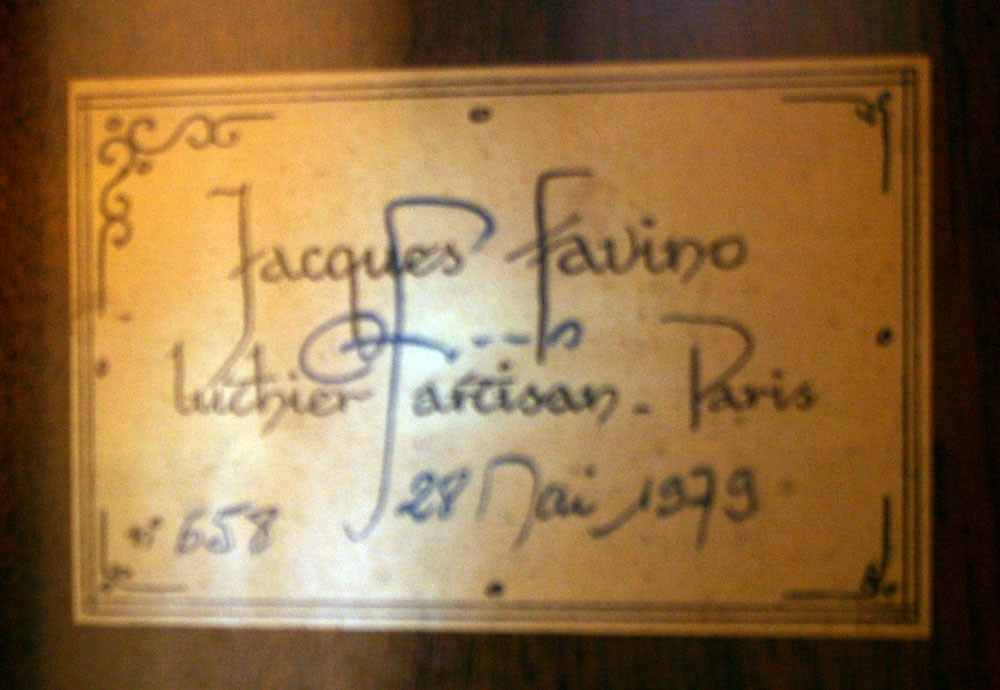 Follow Us Follow Us Follow Us Follow Us
Submit a Review
1979 Jean-Pierre Favino
This excellent Favino was built during the "transitional" period of the Favino workshop. Jacques Favino retired sometime in 1978, but his son Jean-Pierre continued to make guitars in the style of his father. This guitar bears the Jacques Favino label but was most likely built by JP Favino. During the 1980s Jean-Pierre began experimenting with various design changes which culminated in the modele S that he makes today. This guitar is the old modele #10 which became legendary in the hands of so many of the top players from 1960s-70s. Generally these late 70s JP Favinos are considered a great deal as they are almost identical to the guitars made by JP's father Jacques, but go for several thousand dollars less. This instrument is a great way to get a classic sounding guitar for a little less!


If you like the classic Favino sound on the early Boulou Ferre recordings like Gypsy Dreams and Pour Django, Bireli's early recordings (Swing '81 and Routes to Django), or Han'sche Weiss/Lulu Reinhardt (Lulu Swing) then this is the guitar for you!

This guitar has a spruce top, Indian rosewood back and sides, and has a 3 piece maple neck with a sunburst finish (common for Favinos from the late 70s through the mid 80s). The top appears to be made of three pieces, so there are two seams in the top. It has an original tailpiece and the tuners have been replaced with a set of JWC closed tuners. This Favino was built with Jean-Pierre's special 666mm scale which makes it a bit easier to play than the longer 675mm Favinos.

This instrument is in very good condition. There are no cracks except for one on the bass bout that is only on the surface and doesn't penetrate the top and one on the headstock veneer. There is quite a bit of finish checking on the whole body, especially on the back where there are a few places that the finish has rubbed off completely. The binding is banged up a bit across the whole guitar and the "arm rest" area of the upper bass bout has had a lot of the finish wear off. As you'd expect, over the years some of the sunburst finish has rubbed off the neck in a few places. At one point there was a pickup of some kind but all that remains is the endpin jack. The frets are almost new with little wear. The top has a beautiful amber tone that you only see in finely aged instruments. Overall, a very well preserved example of Favino's production from this era.