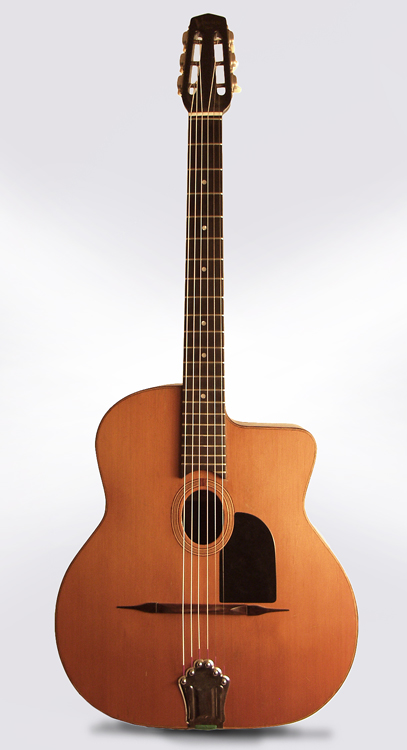 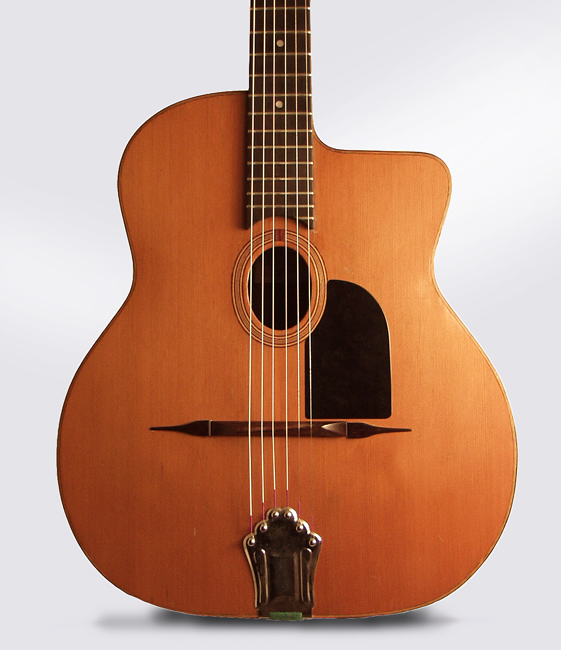 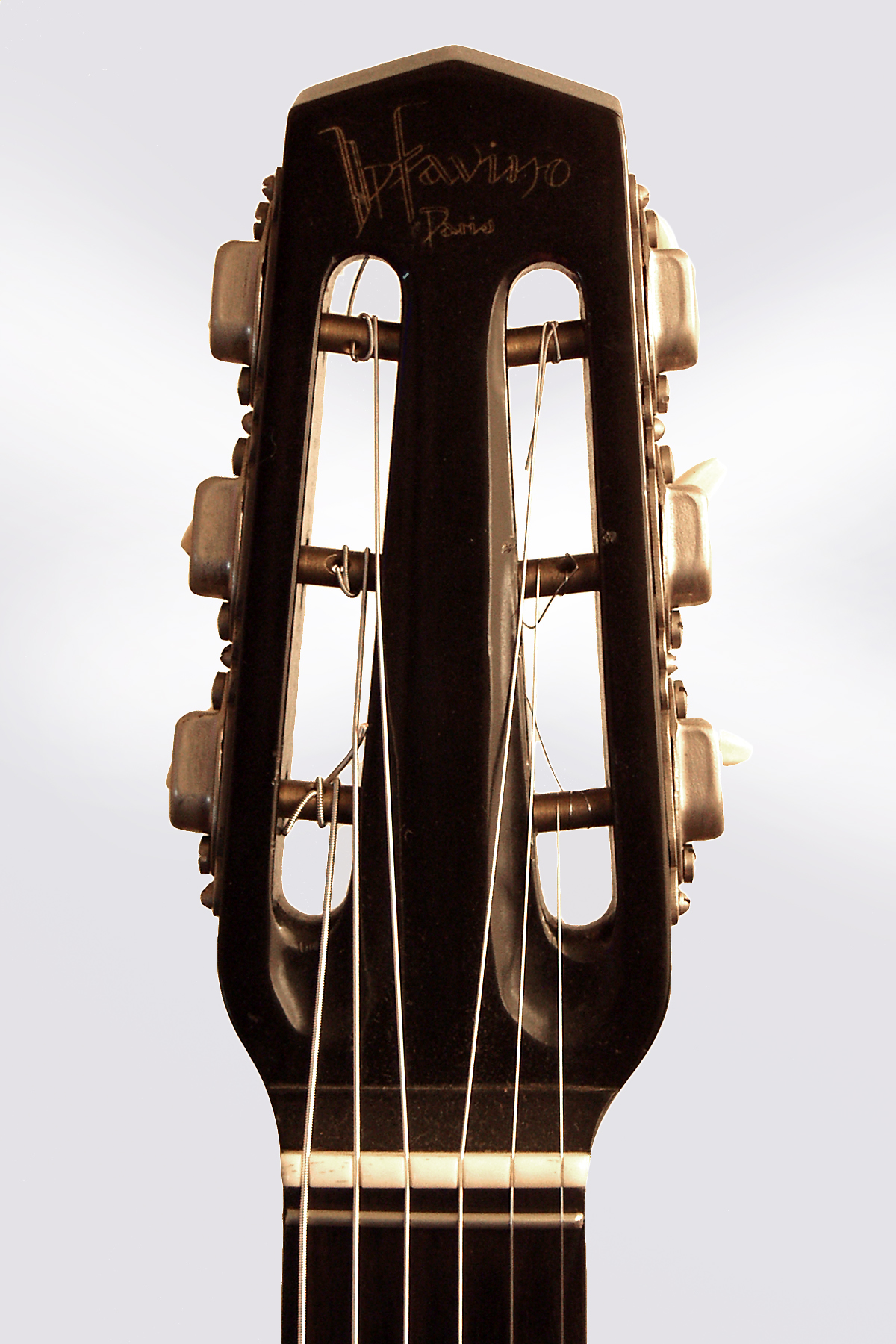 
This guitar has a cedar top, Indian rosewood back and sides, and has a 3 piece maple neck. The nickel tail piece and SB tuners are original.

This instrument is in very excellent condition.