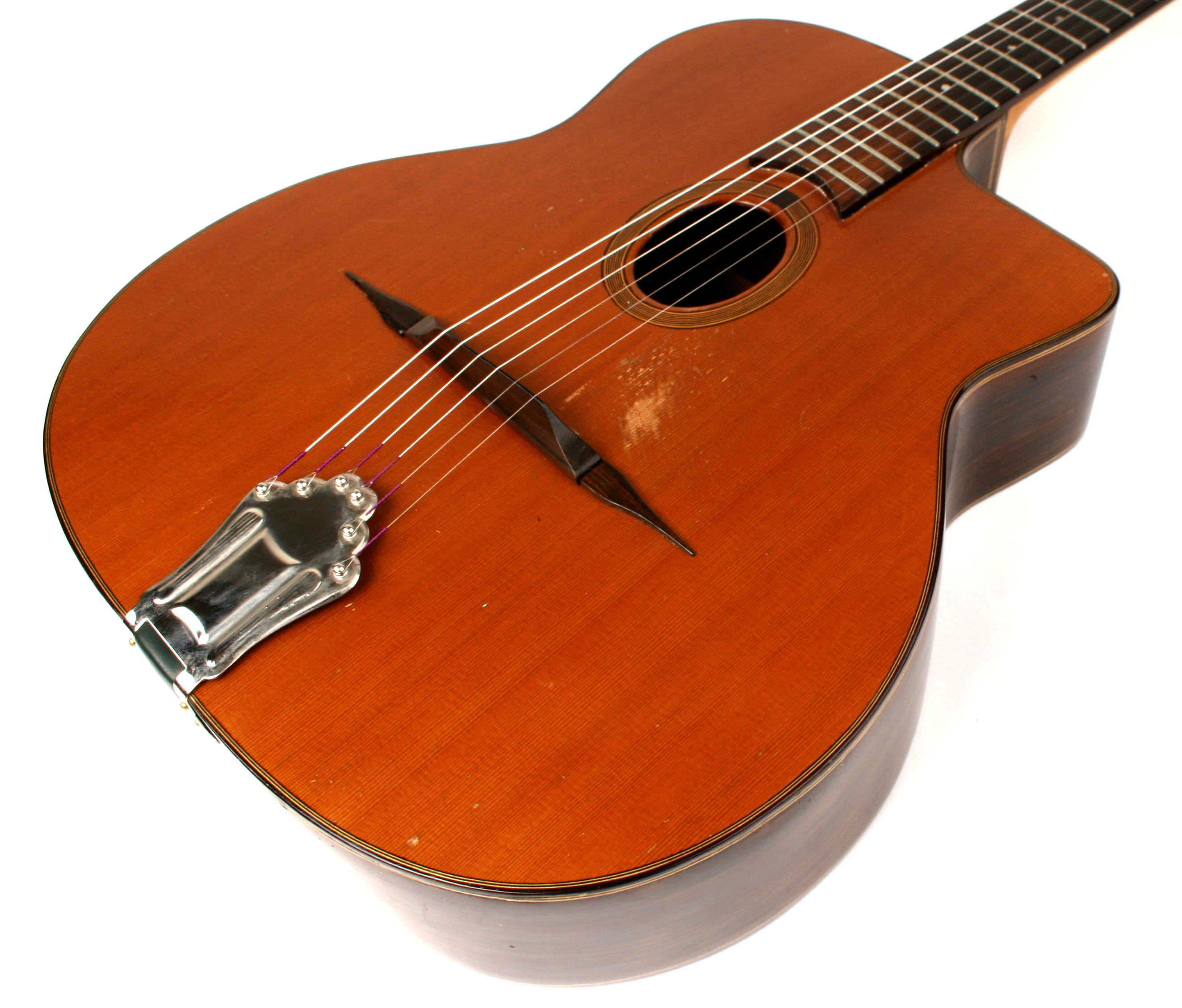 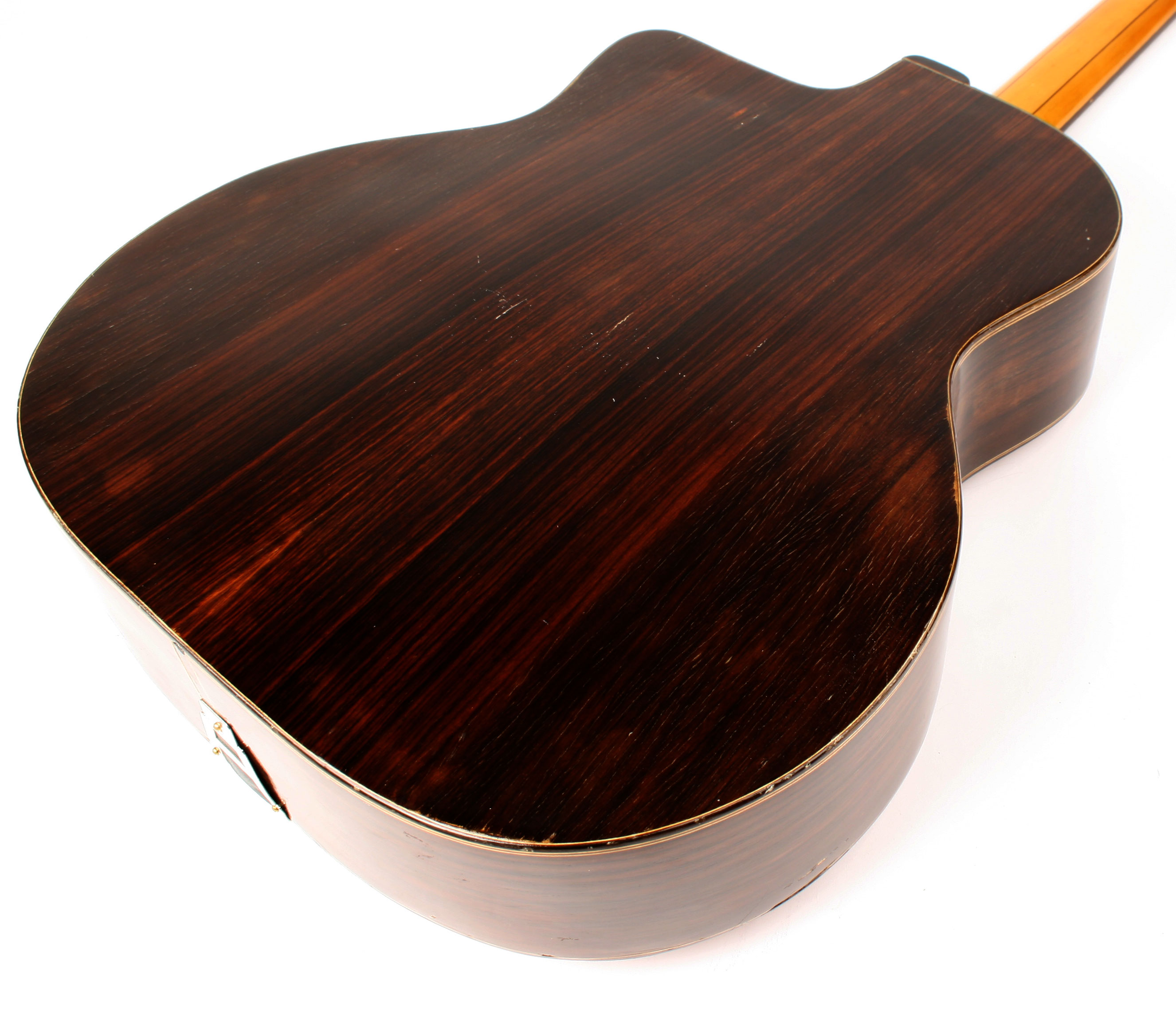 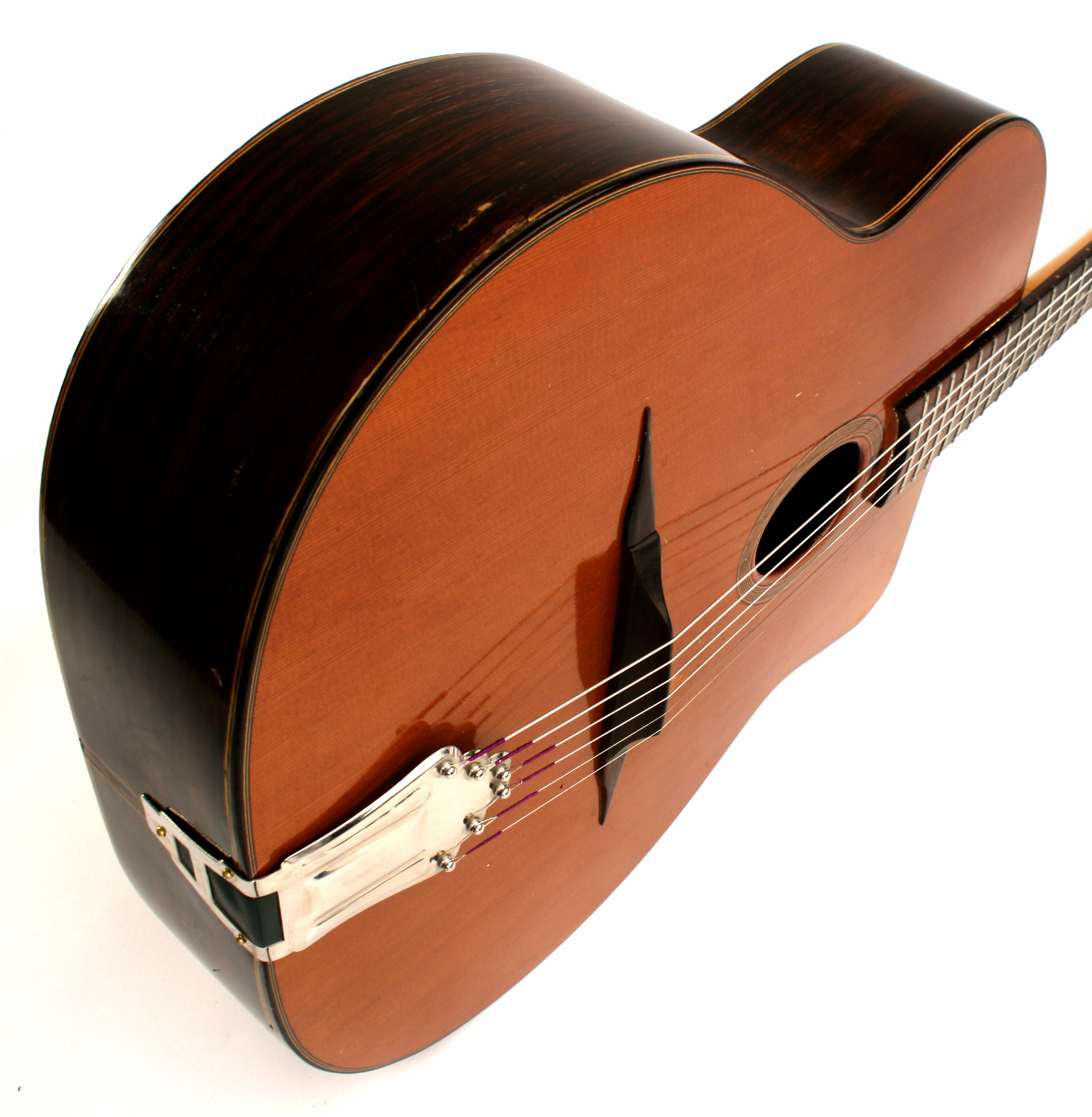 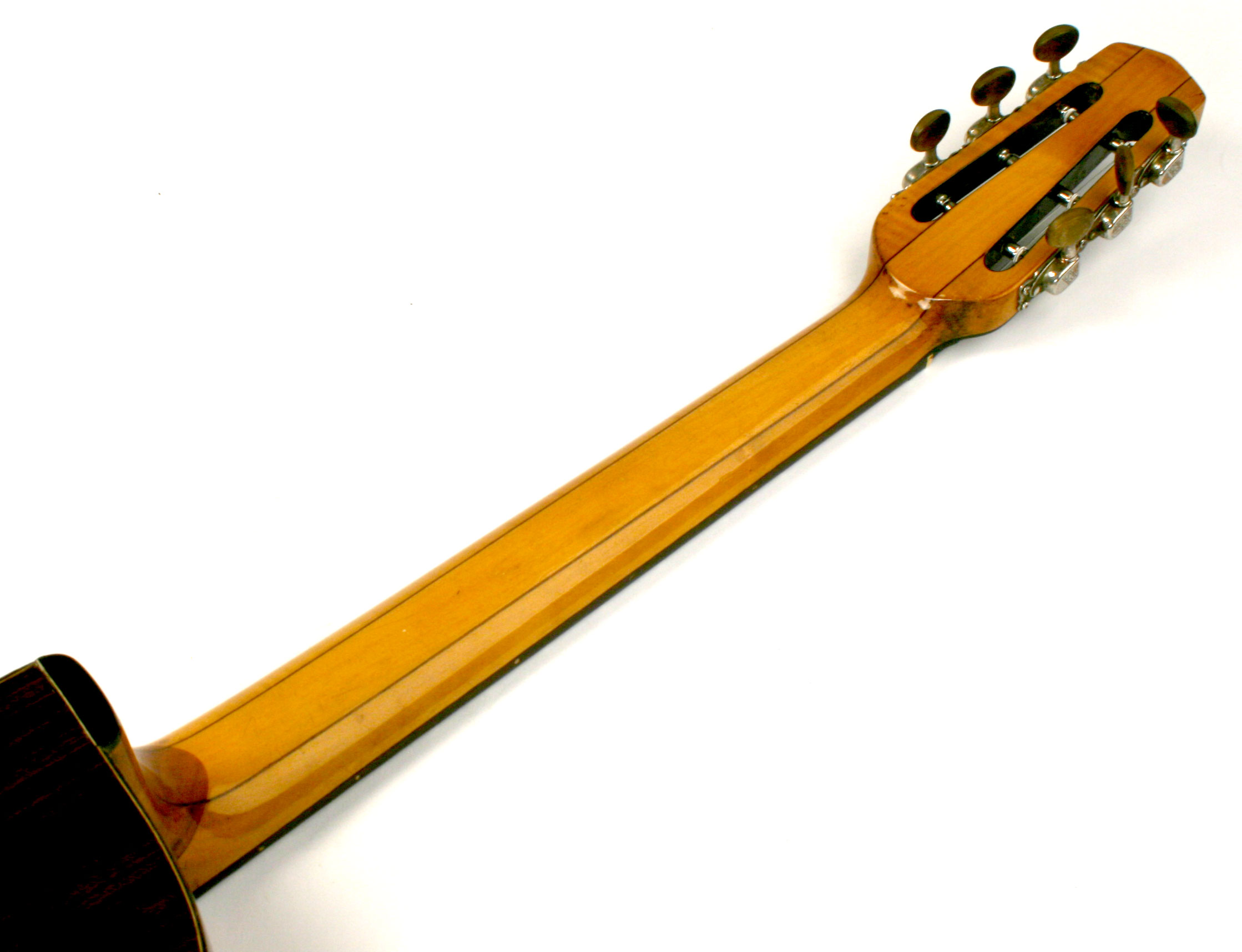 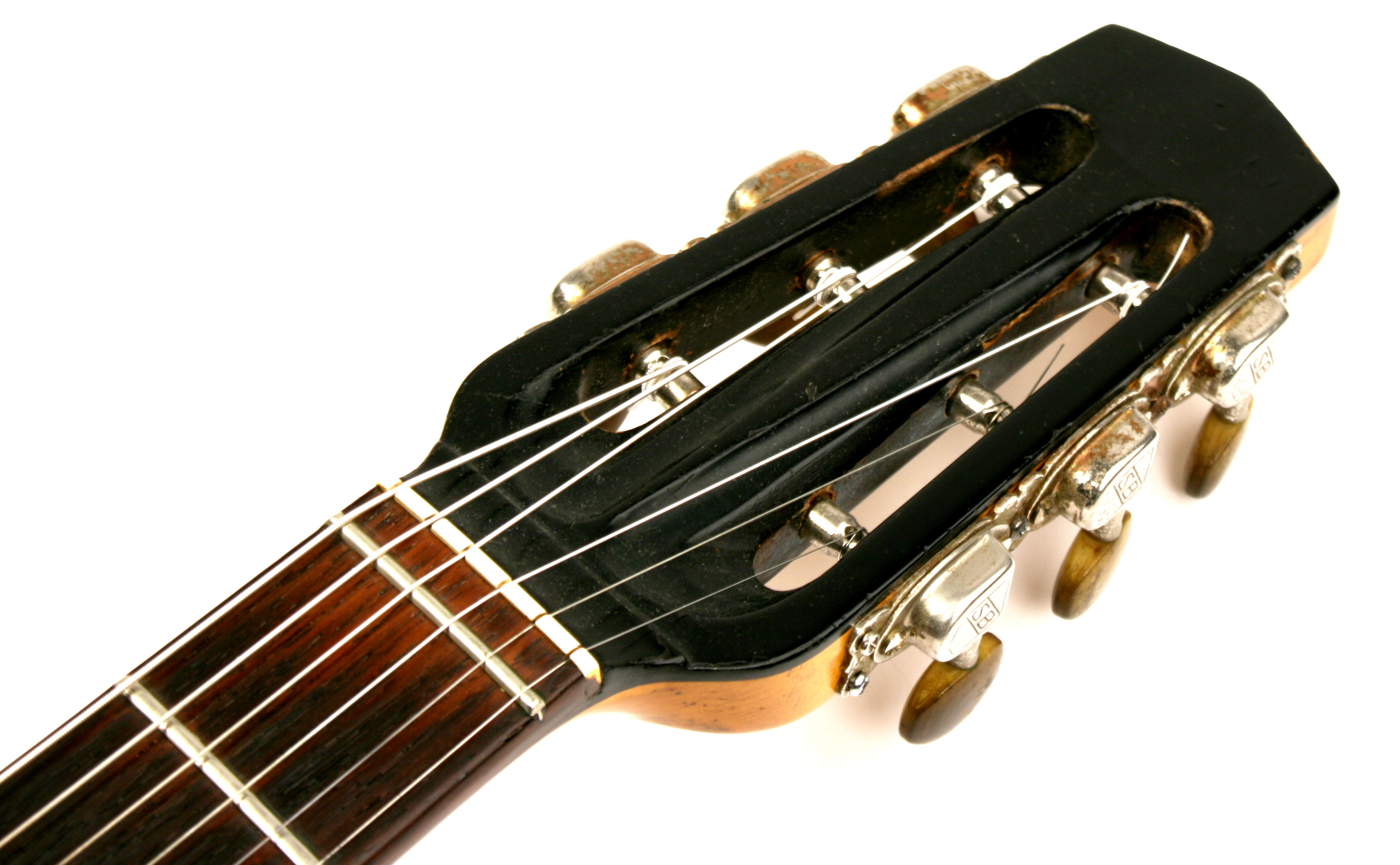 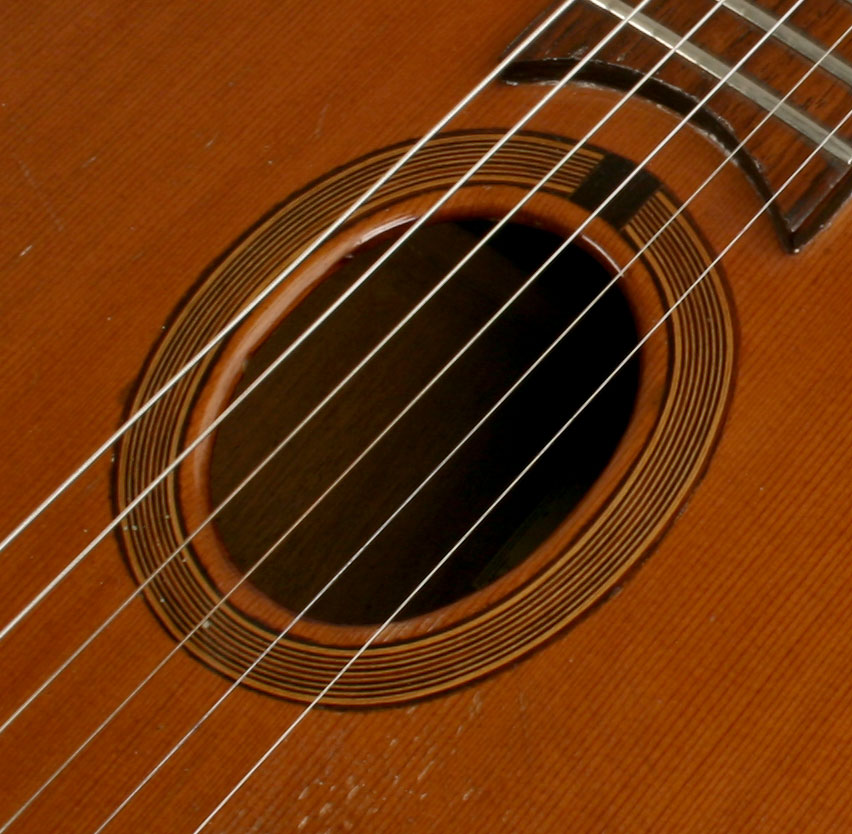 This guitar is one of a series of guitars that the Favino workshop produced in the late 70s/early 80s featuring a cedar top. They rarely, if ever, used cedar before or after this period making this guitar a bit of a rarity. Other specs are typical of a Favino Modele #10: Indian rosewood back and sides, three piece maple neck, and SB tuners.

If you like the classic Favino sound on the early Boulou Ferre recordings like Gypsy Dreams and Pour Django, Bireli's early recordings (Swing '81 and Routes to Django), or Han'sche Weiss/Lulu Reinhardt (Lulu Swing) then this is the guitar for you! This instrument produces that classic Favino tone that is honky, nasal, and full of character. There is a pronounced upper midrange hump that is nicely balanced by the gutsy bass that Favinos are famous for. The cedar top adds a little more shimmer to the high end, giving this guitar some sizzle that other Favinos lack.

This instrument is very good condition. It has no cracks or other structural damage. There is some pick-wear and numerous dings on the body. The frets are brand new and the tuners function perfectly. This guitar did have a bigtone pickup at one point but was removed and the hole for the endpin jack was plugged.

All in all, this is a wonderful example of Favinos best work!