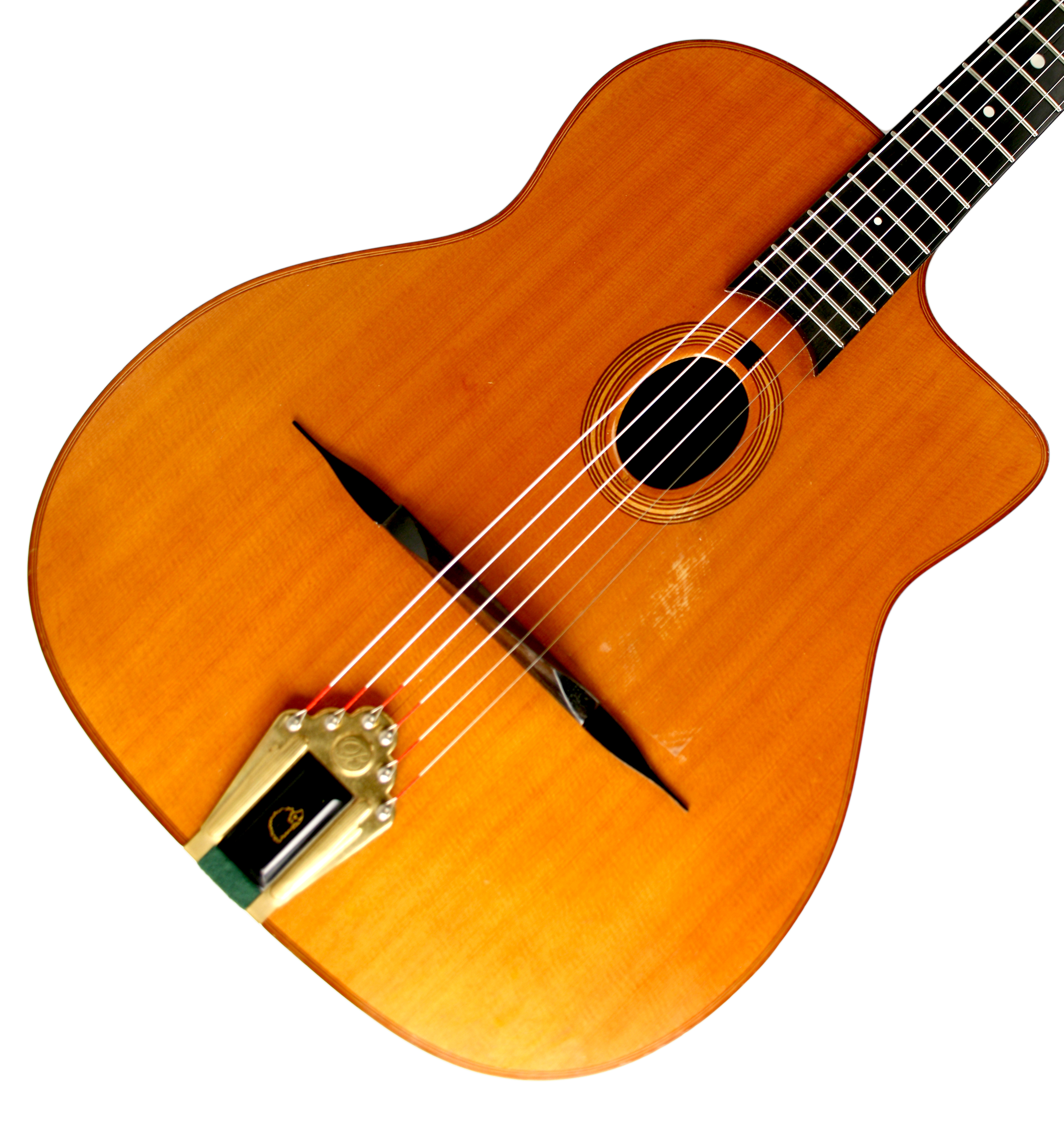 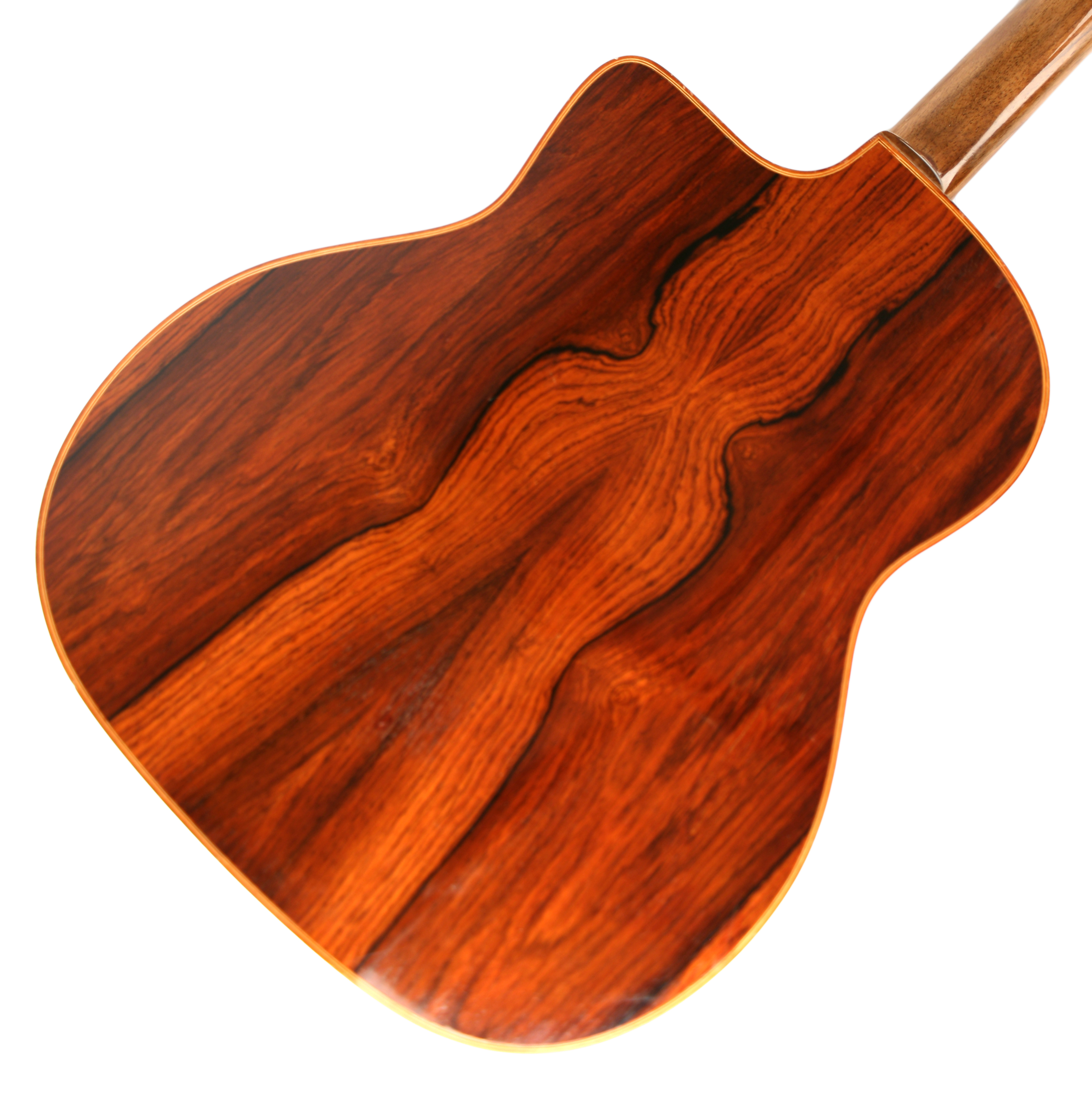 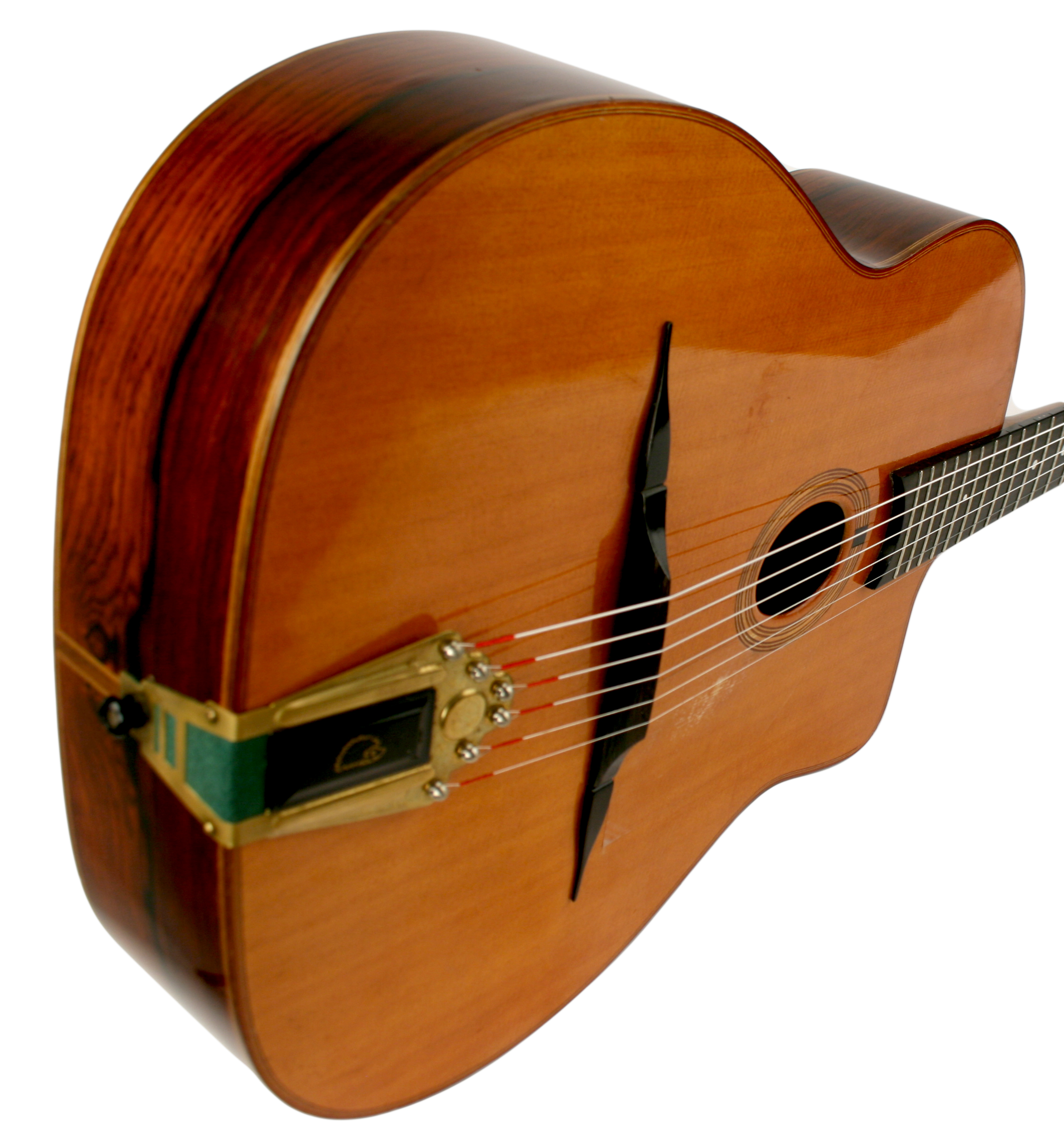 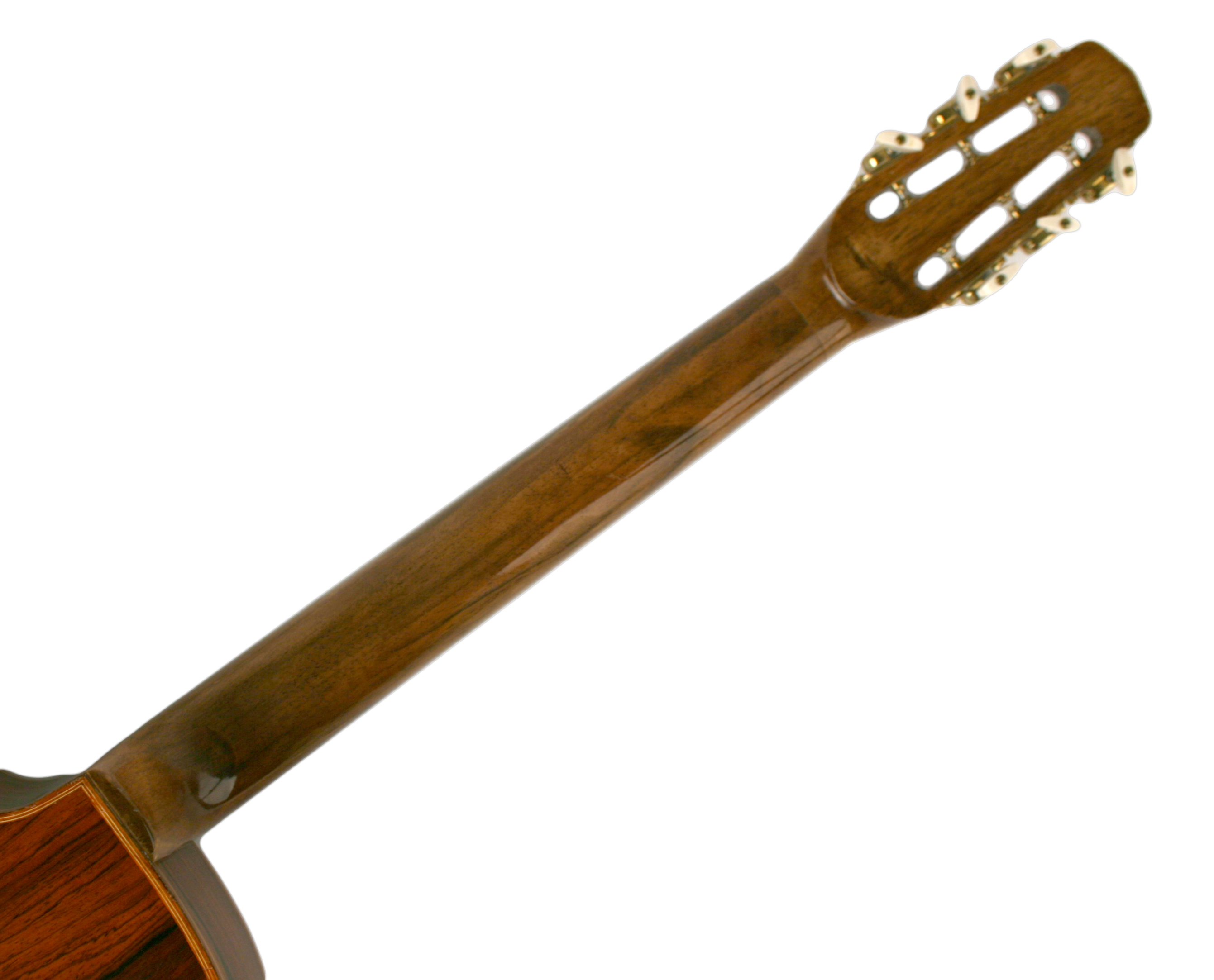 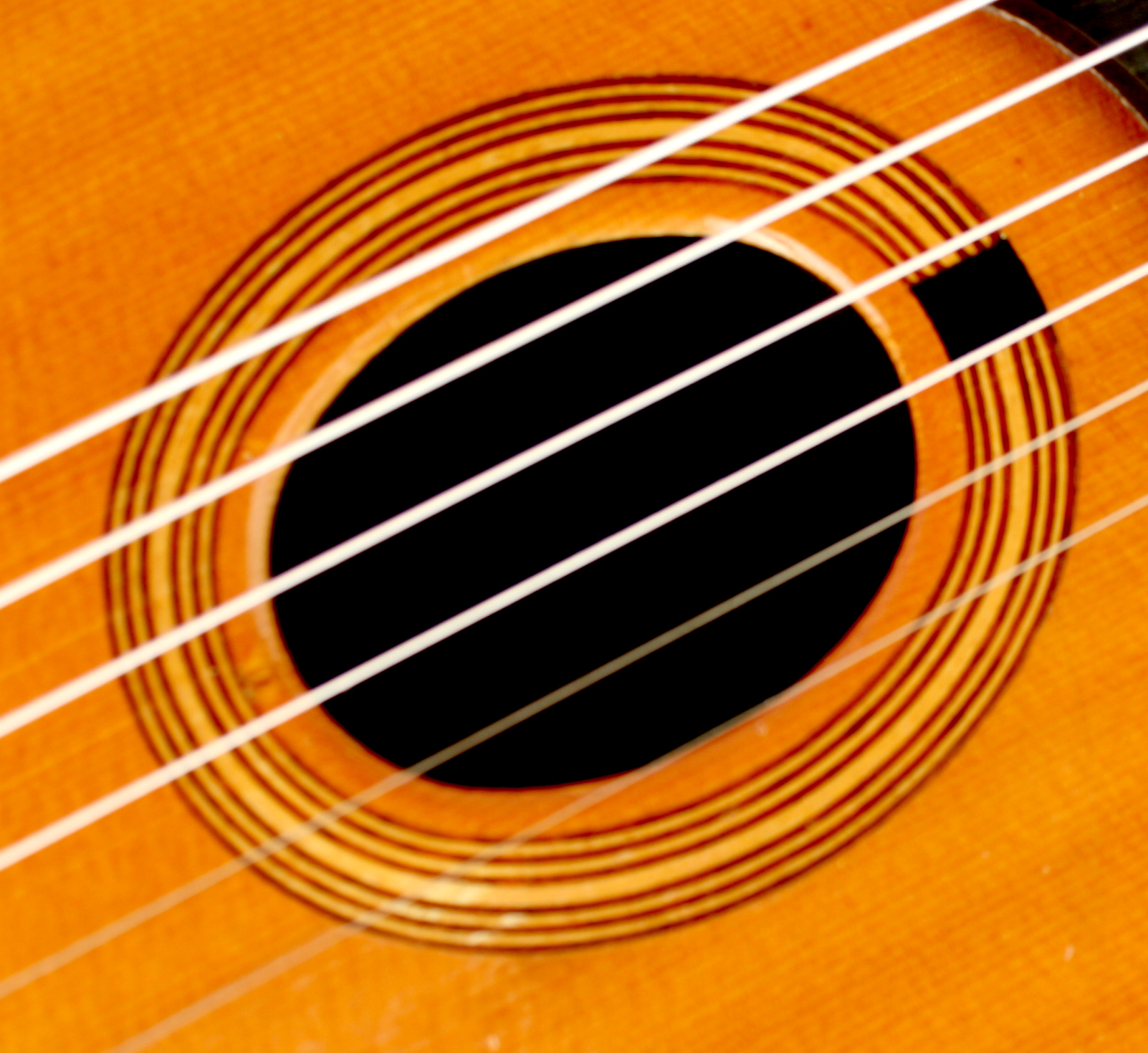 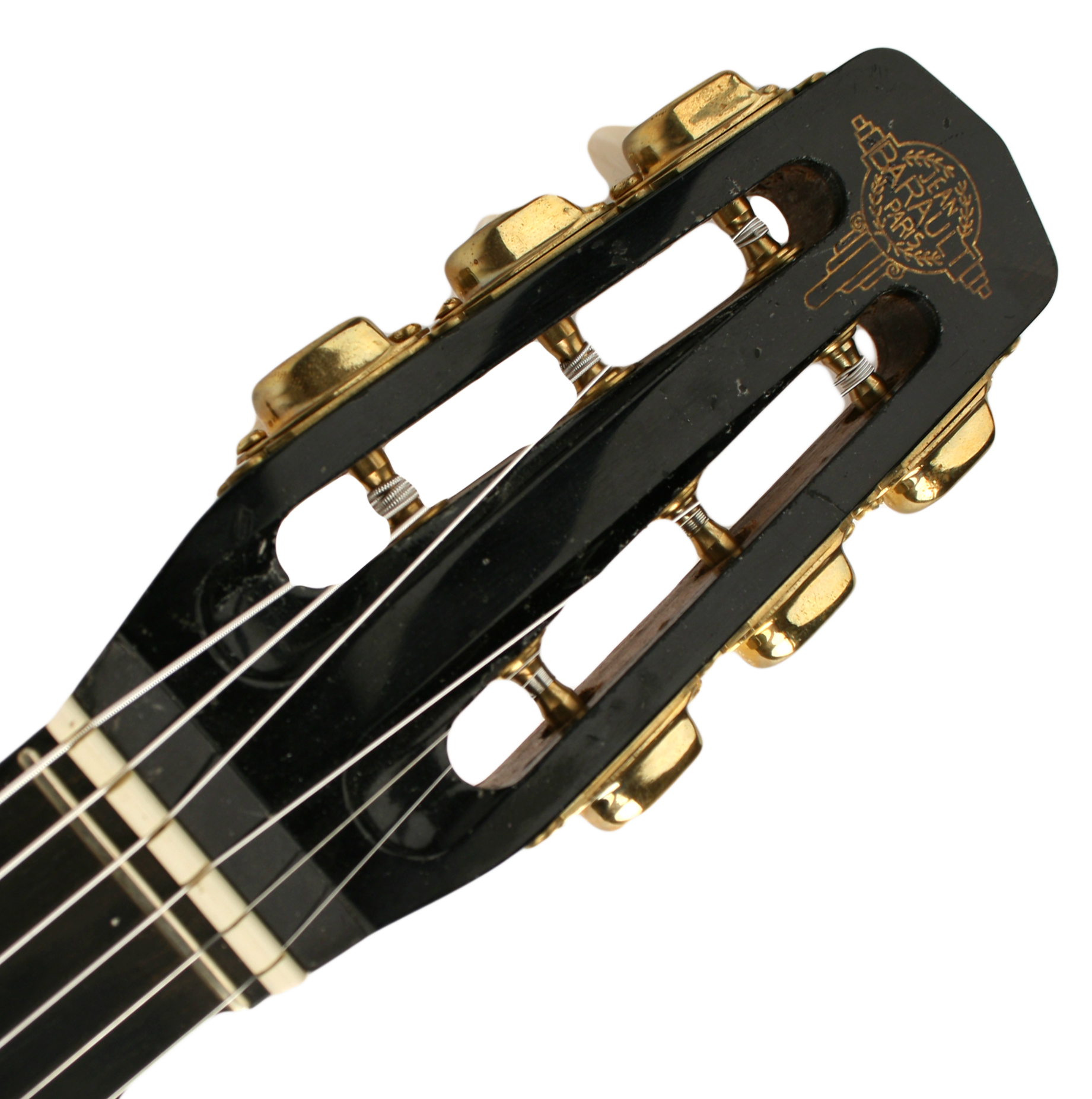 The sound of this instrument is among the best Selmer copies being made today. It's no wonder Biréli chose to endorse Barault guitars as they offer a very traditional Selmer sound and feel.

The tone is just spectacular on this guitar. Barault has achieved a delicate balance between stinging highs and rounded lows. Most guitars favor one or the other while this one has a biting high end when you need it for lead, but at the same time there are all these thick lower mids that make the chords sound super fat! The guitar is very full and satisfying yet still projects just as loud as a Dupont Vieille Reserve. In contrast to Duponts, the Barault is more "open" in tone....it has a swirling complexity that is really unique. A somewhat "boxy" sound whereas a Dupont is ultra dry and direct.

This instrument is in  good condition with a fare amount of wear. It has some pickwear on the top, a number of small dings and scratches on the body and headstock, mild fretwear, There is a chip in the binding on the upperbout and some mild damage to laminate in that area. There is a endpin in the heel (not shown in the photos.) The headstock was snapped off at one point several years ago. Jean repaired it in 2020 and it looks seamless. It had a pickguard at one point which was taken off, so there is some residue left where the pickguard once was.

It is currently strung with Argentine 11 gauge strings. The action is very low and comfortable at 2.8mm allowing for easy playability.

Barault models with high figured woods go for well over $6K new. Take advantage of this opportunity to own one of the best Gypsy guitars being made today for much less!