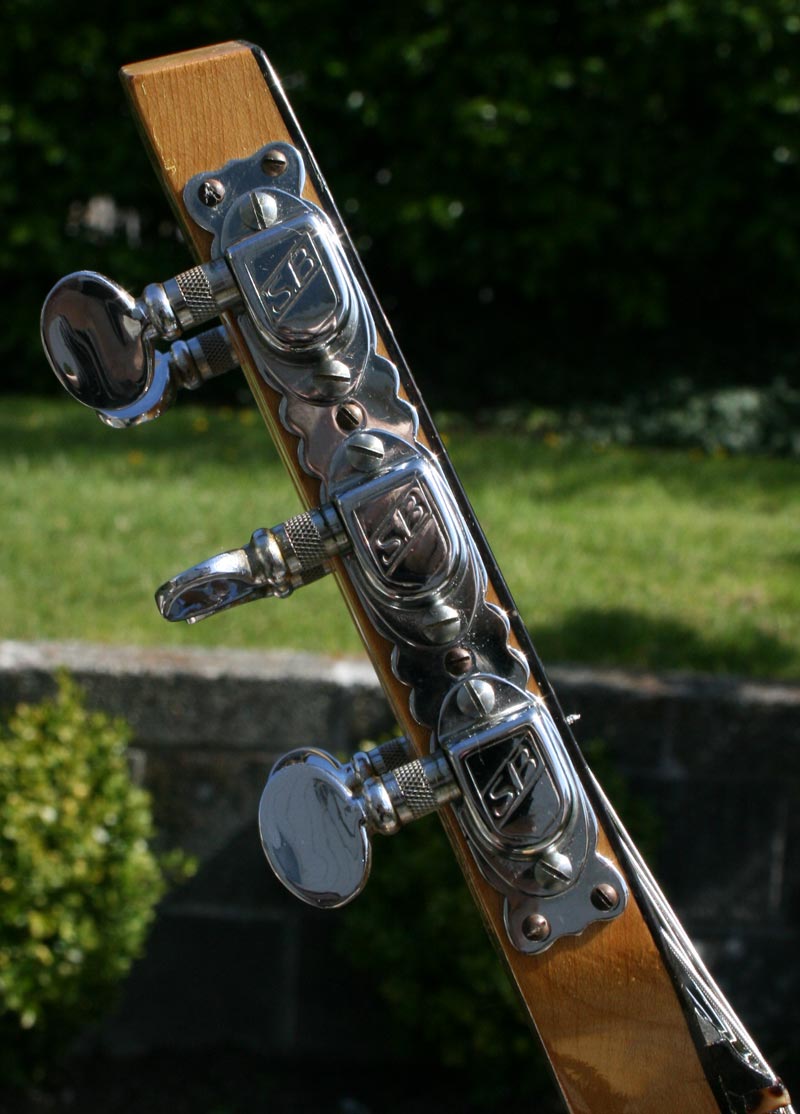 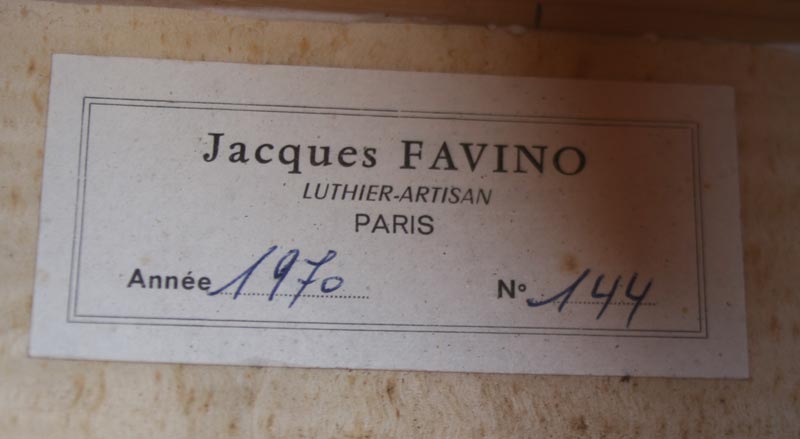 This model features maple back and sides, and a shorter 670mm Selmer scale length (most Favinos have a 675mm scale). It also has a very comfortable modern neck.

This is the earliest Macias model I've seen. Unlike the later models (which have block MOP fingerboard inlays), this one has standard MOP dot markers. Looks similar to the Maple Favino Bireli Lagrene played in his youth!

The tone on this guitar is just fabulous...it has a full, rounded high end. A dark, but warm sound with lots of volume. A very rich and satisfying tone but not wimpy at all. It's hard to find guitars that are loud and still warm....usually the loud ones are pretty harsh. One of the outstanding features of this guitar is the deep low end. It has really full bass notes but they aren't too muddy or diffuse. The lower strings have a precise definition to them that makes chordal playing a joy!


As mentioned earlier, the playability on this guitar is about as good as it gets. Not only is it easier to play then nearly ever other Favino, it's even easier to play then new Duponts, Hahls, etc which are shipped with ultra fine tuned modern setups. The action on this guitar is currently set at 2.2mm! And it sounds great...can be played rather hard with little or no buzz. I'm really astounded by this as old guitars, especially Favinos, usually require much higher setups. This one is definitely a player...


The hardware is all original by Salvatore Bilardi. This guitar has the extra special SB tuners with steel tuning buttons...much cooler than the standard MOT ones found on most SBs.


As mentioned earlier, the Macias features maple back and sides. The guitar has a three piece maple neck and snazzy ivoroid binding.

The only modifications to the guitar are a strap pin in the heel and the 10th fret dot was moved to 9th fret (a long time ago.) I had it moved back to the 10th.

The condition is very good. It's in the best condition I've ever seen for a Favino. Most Favinos were owned by Gypsies and subsequently suffered the proverbial "Gypsy life." This one looks like it was played very little. The finish has some checking and there is some pick wear on the top. There are no cracks...really a miracle it's survived this long in such good shape! Should be in a museum...