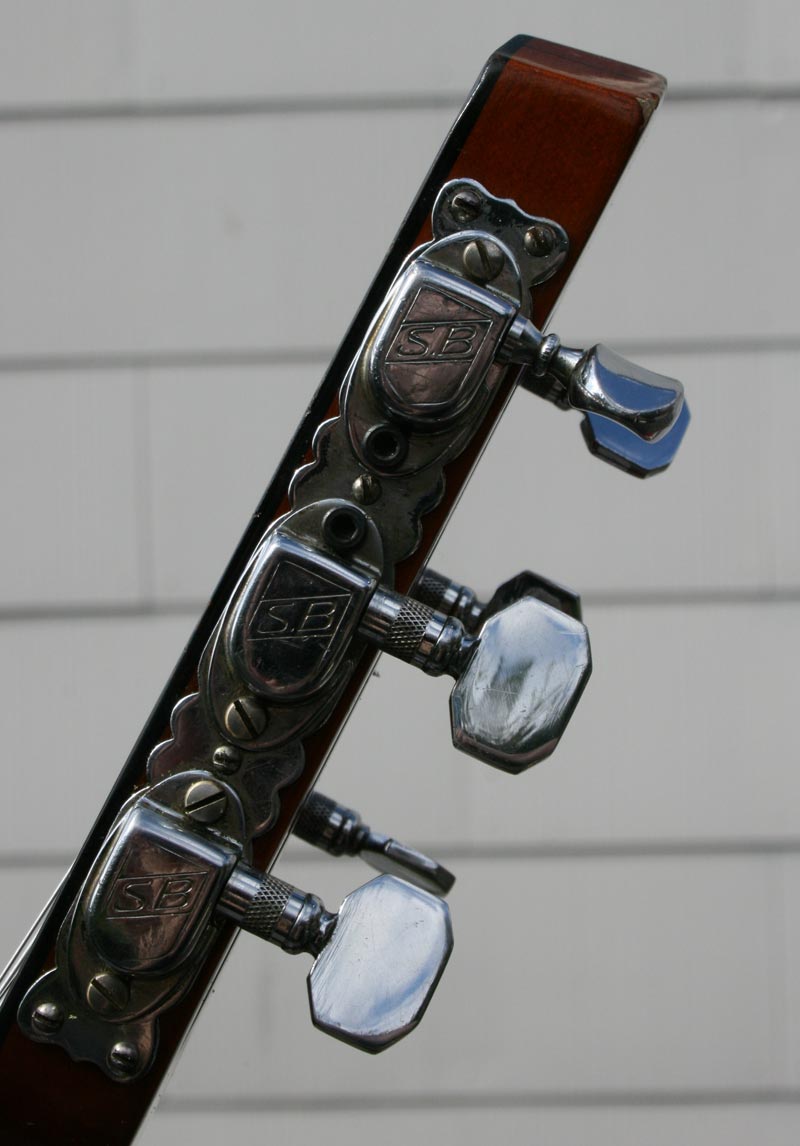 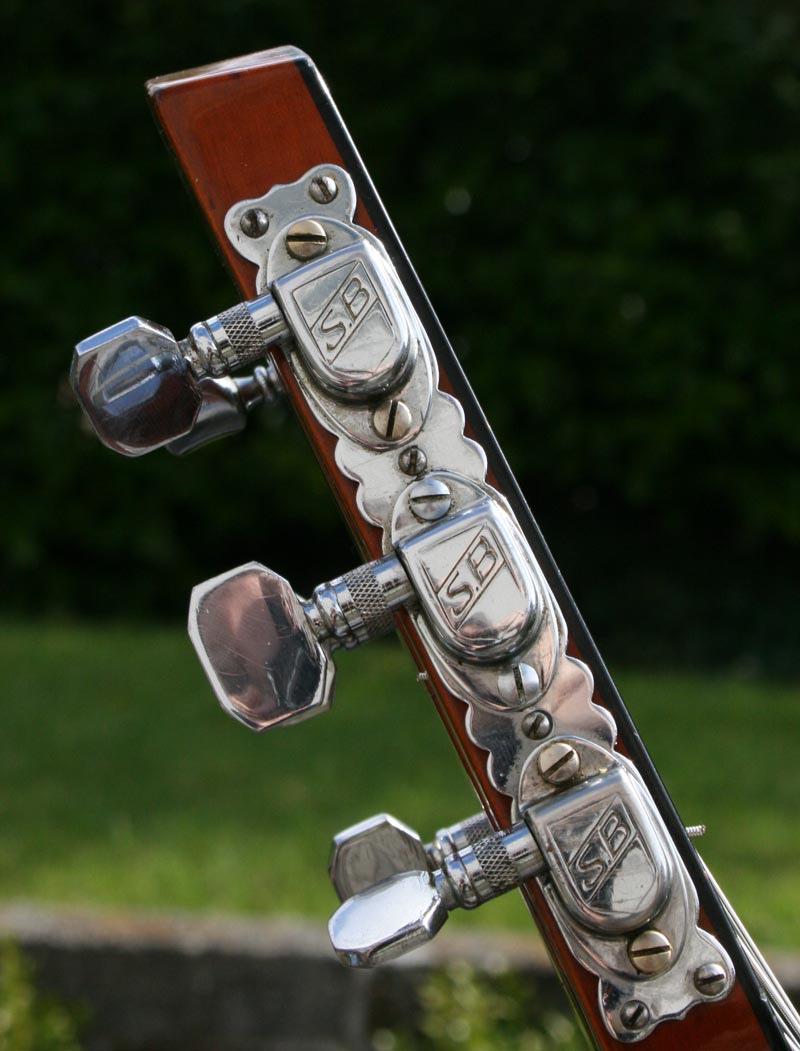 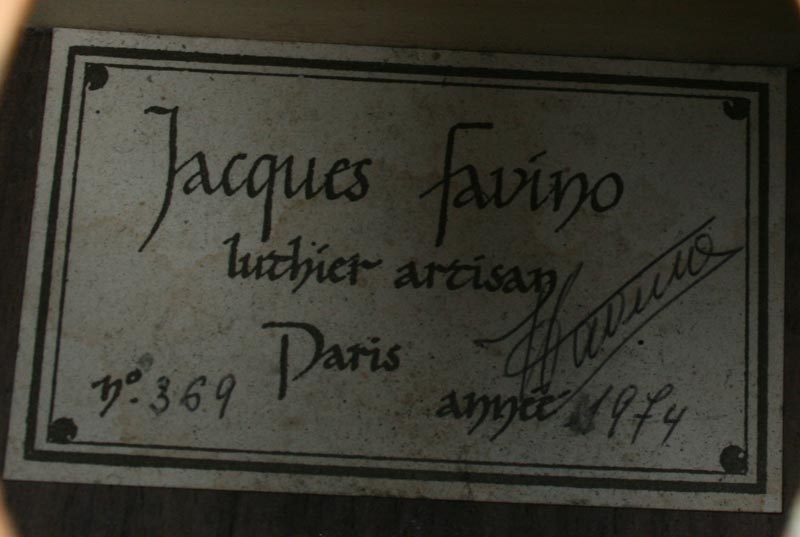 This guitar features Indian Rosewood back and sides, three piece maple neck, and a Spruce top. The measurements are typical for a Modele #10 Favino: 675mm scale, 16 1/2" body, 4" body depth.

If you like the classic Favino sound on the early Boulou Ferre recordings like Gypsy Dreams and Pour Django, Bireli's early recordings (Swing '81 and Routes to Django), or Han'sche Weiss/Lulu Reinhardt (LuluSwing) then this is the guitar for you!

I would characterize the tone of this particualr Favino as very aggressive, with lots of midrange honk and volume galore. This one just barks like a dog! Like most Favinos, the high end is very rounded with much of the focus being in the upper mids. It has the classic nasal Favino type tone.

The hardware is all original by Salvatore Bilardi. These are the fancier type tuners with the steel buttons, normally found only on the fancier Macias models! The G string button was replaced with a round one from another SB set.

There is a clear mylar pick guard.

There is a bigtone pickup which sounds great.

The condition is very good. There is one repaired hairline crack in the top and a couple of others which are still superficial.  One of the moustache pieces was moved to accommodate the narrower Dupont bigtone bridge. However, the ORIGINAL, wider Favino bridge is in included with the guitar (1st time I've ever seen an original Favino bridge, cool!) Cosmetically the guitar is superb, with just a few minor dings and scratches on the top. The body was oversprayed and the neck was refinished. Frets have some wear but still have a few years left in them.

Here is a clip of the great Joscho Stephan playing this very Favino at the 2010 Django in June festival!!!