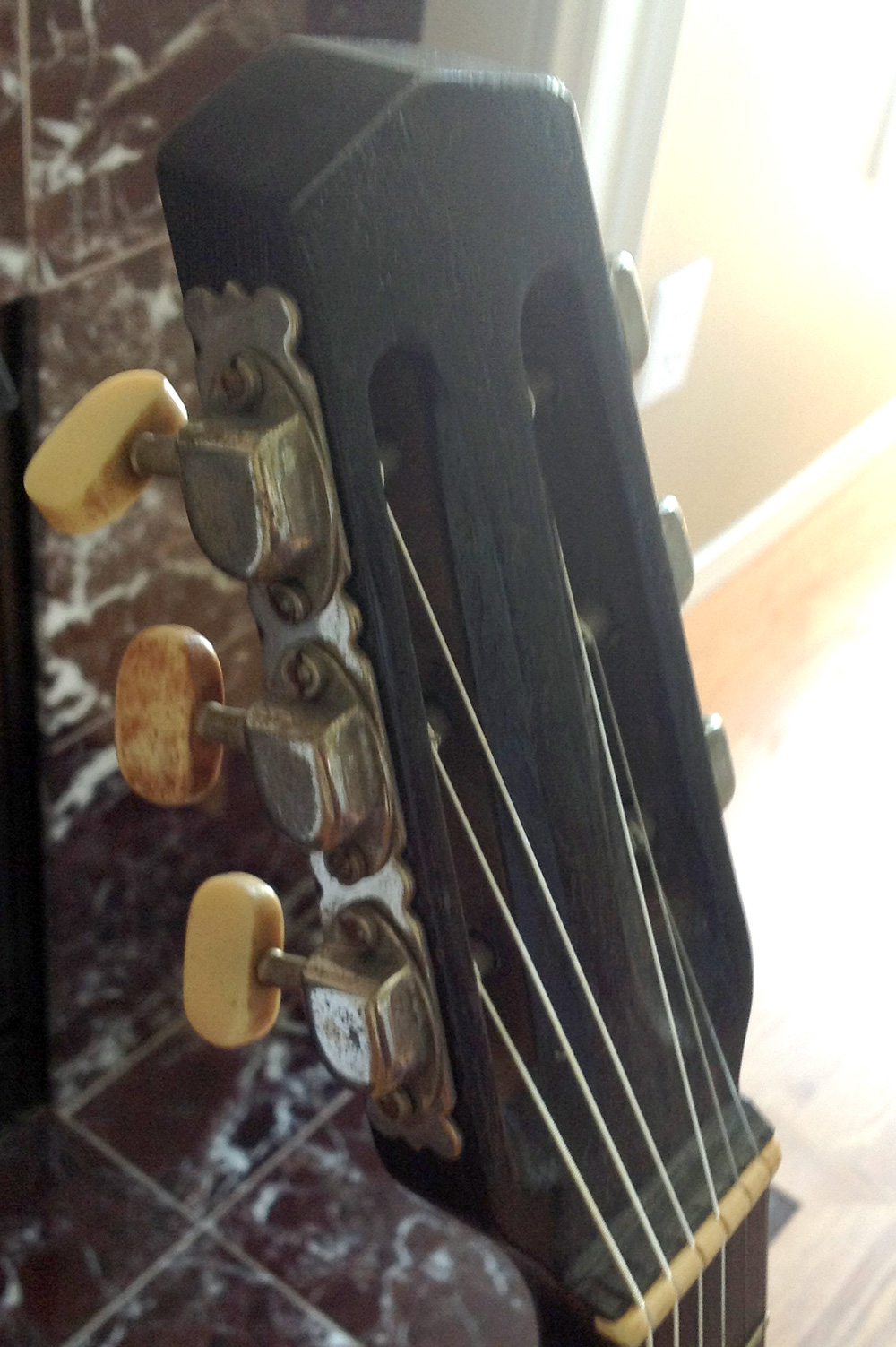 This is it! The highly coveted and nearly impossible to find Enrico Macias model Favino, built in 1961.
The Enrico Macias model was named for the famous Algerian/French singer who gained stardom via a unique style that mixes Algerian al Andalous, Flamenco, and 70's era pop.

As mentioned earlier, the Macias features maple back and sides. The guitar has a three piece maple neck and snazzy ivoroid binding as well as the very rare black finish.