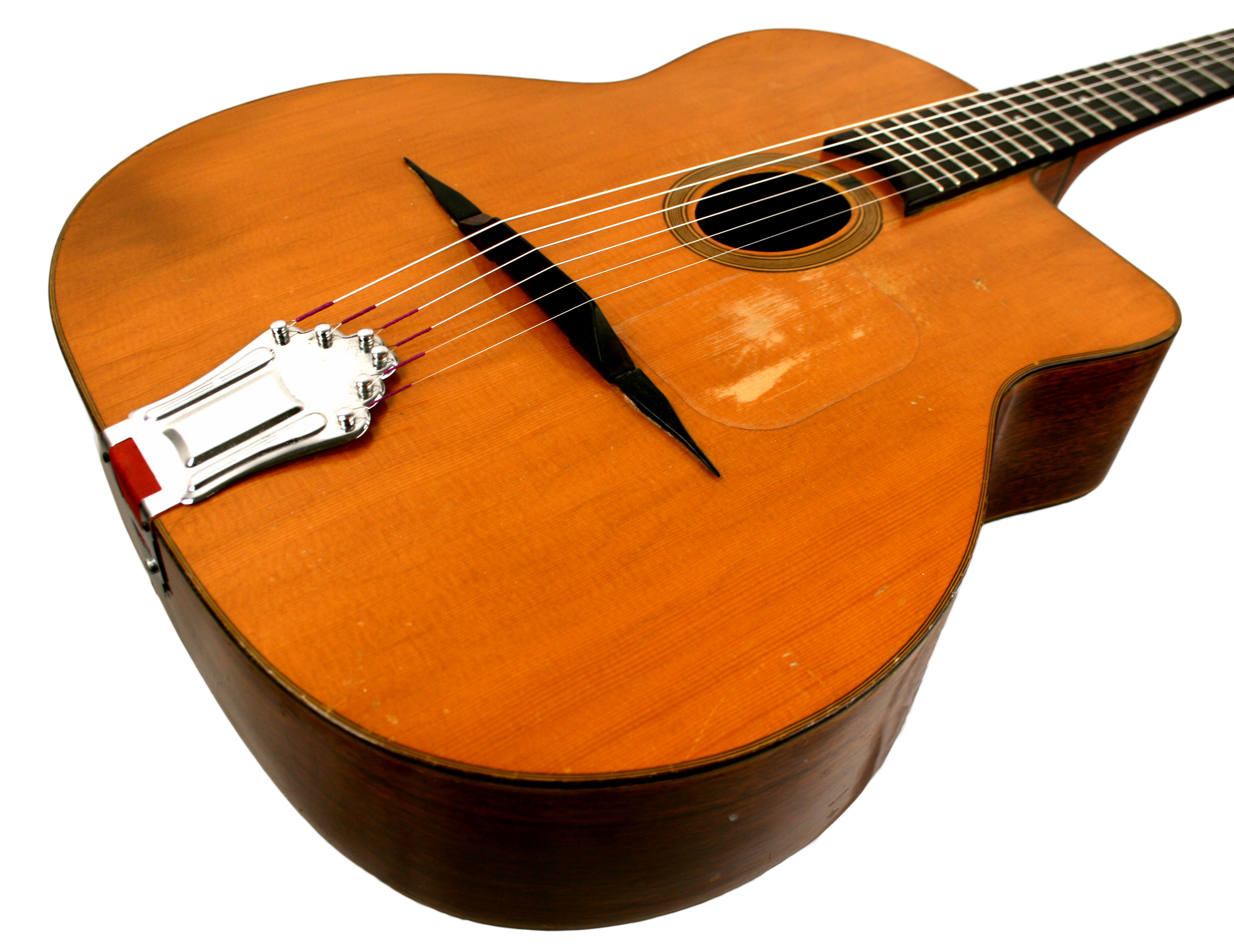 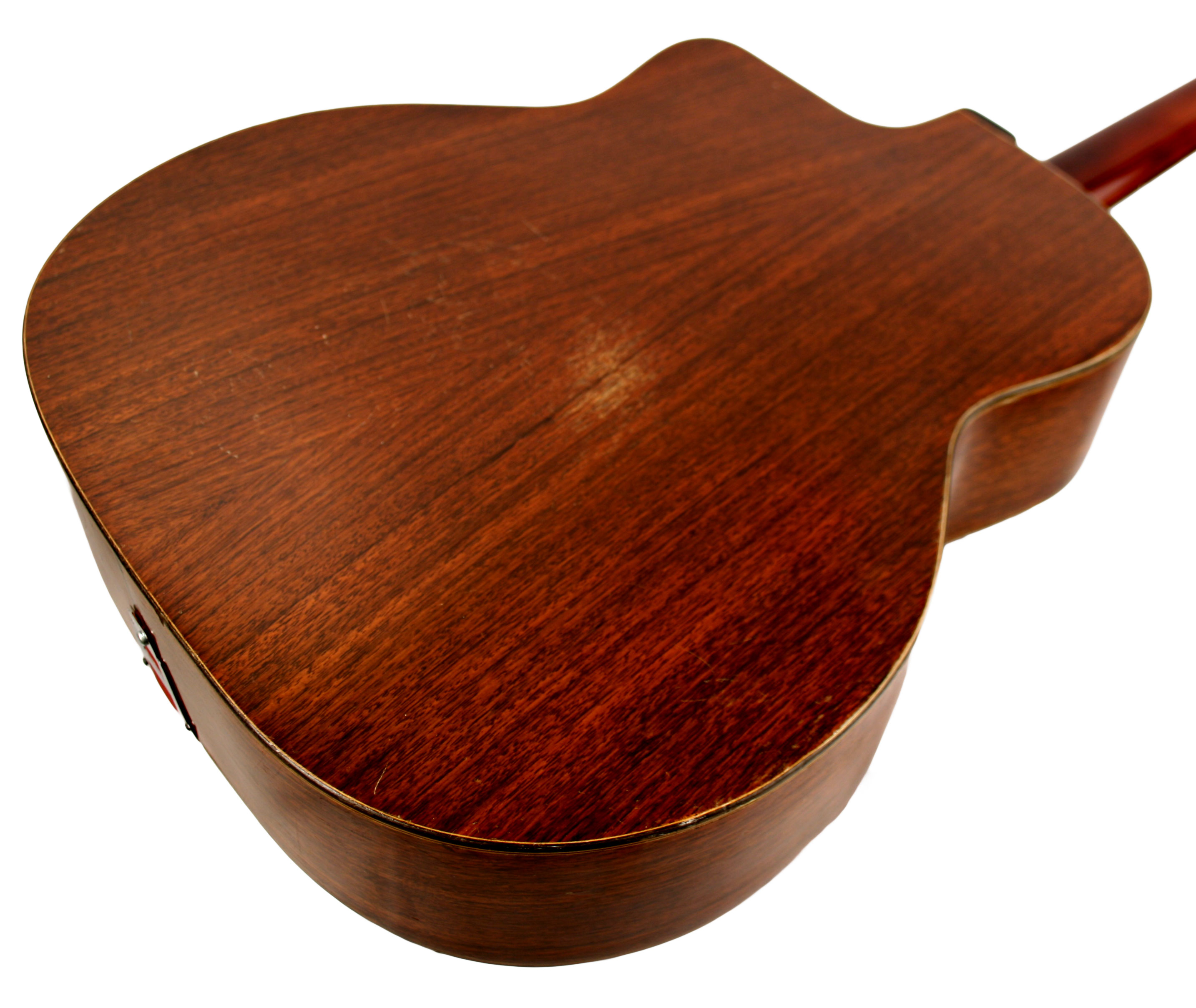 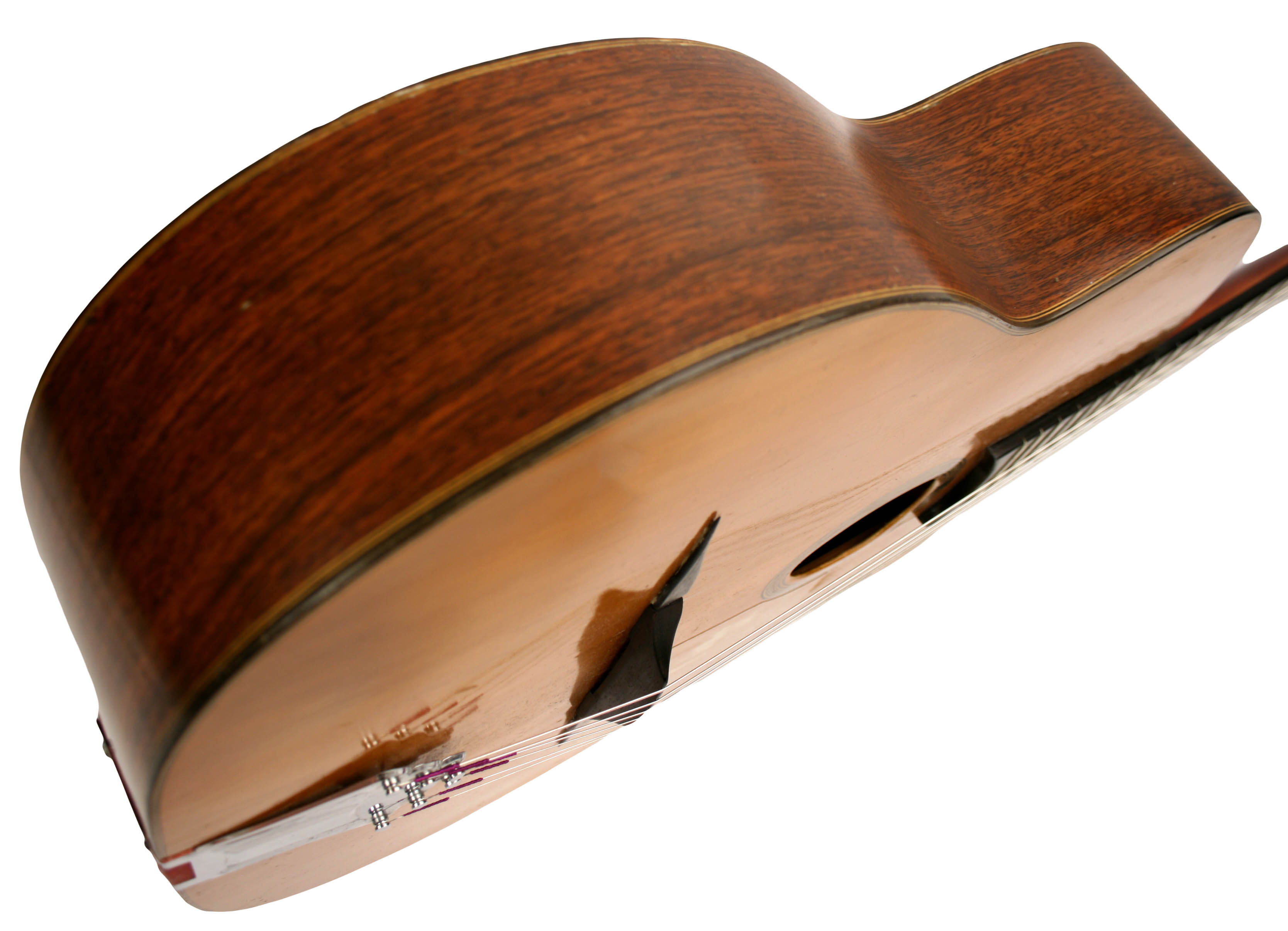 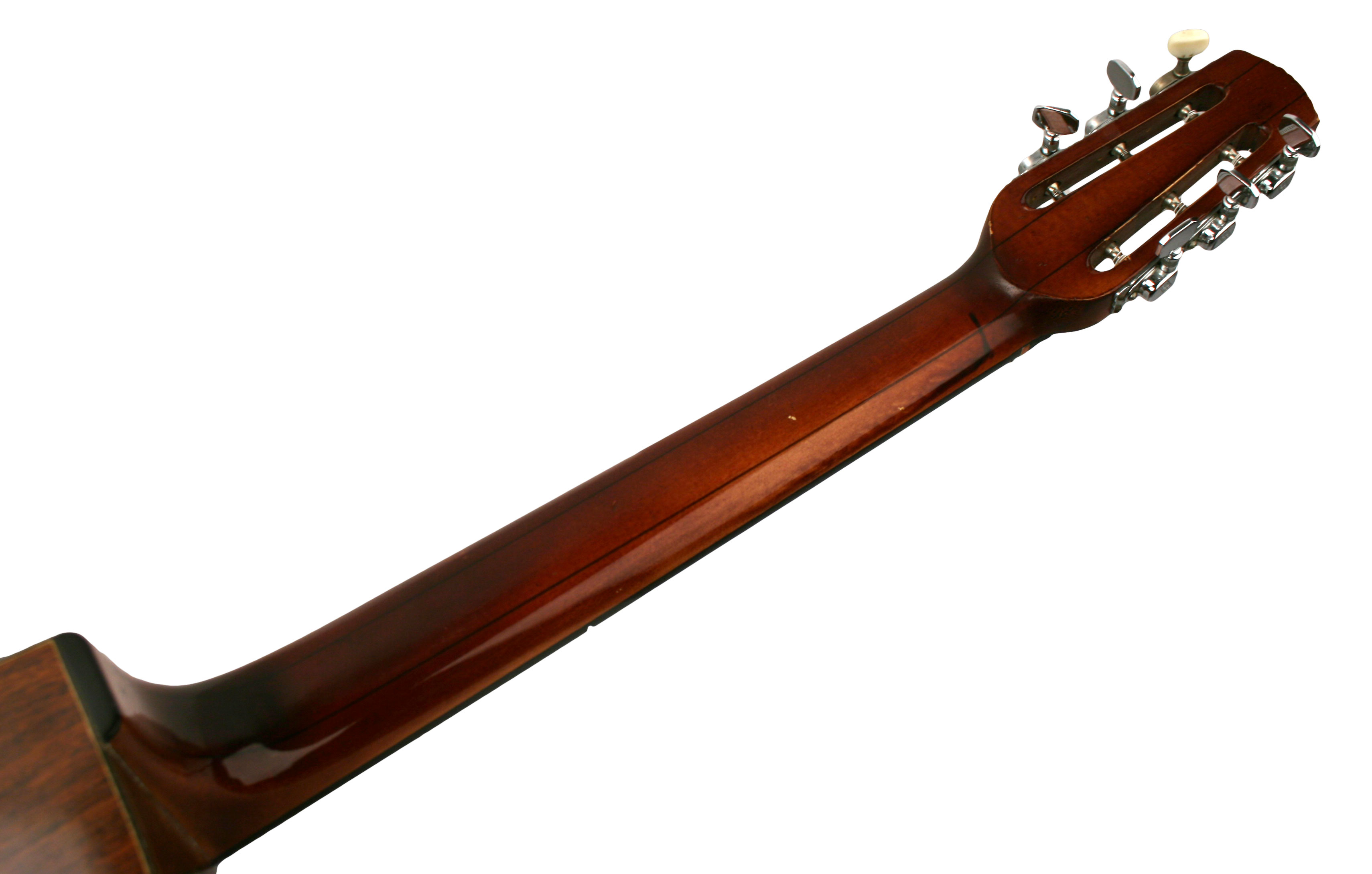 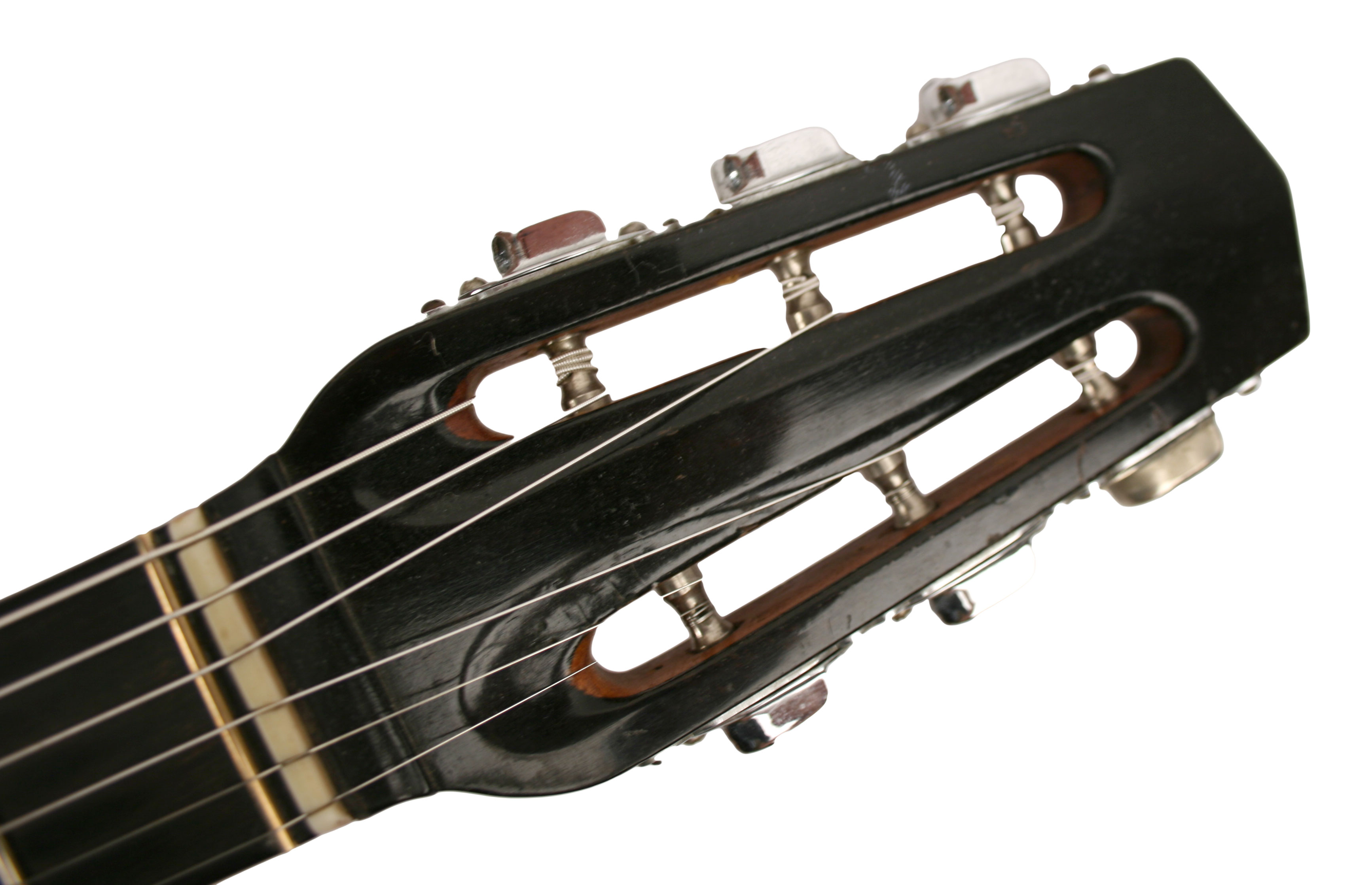 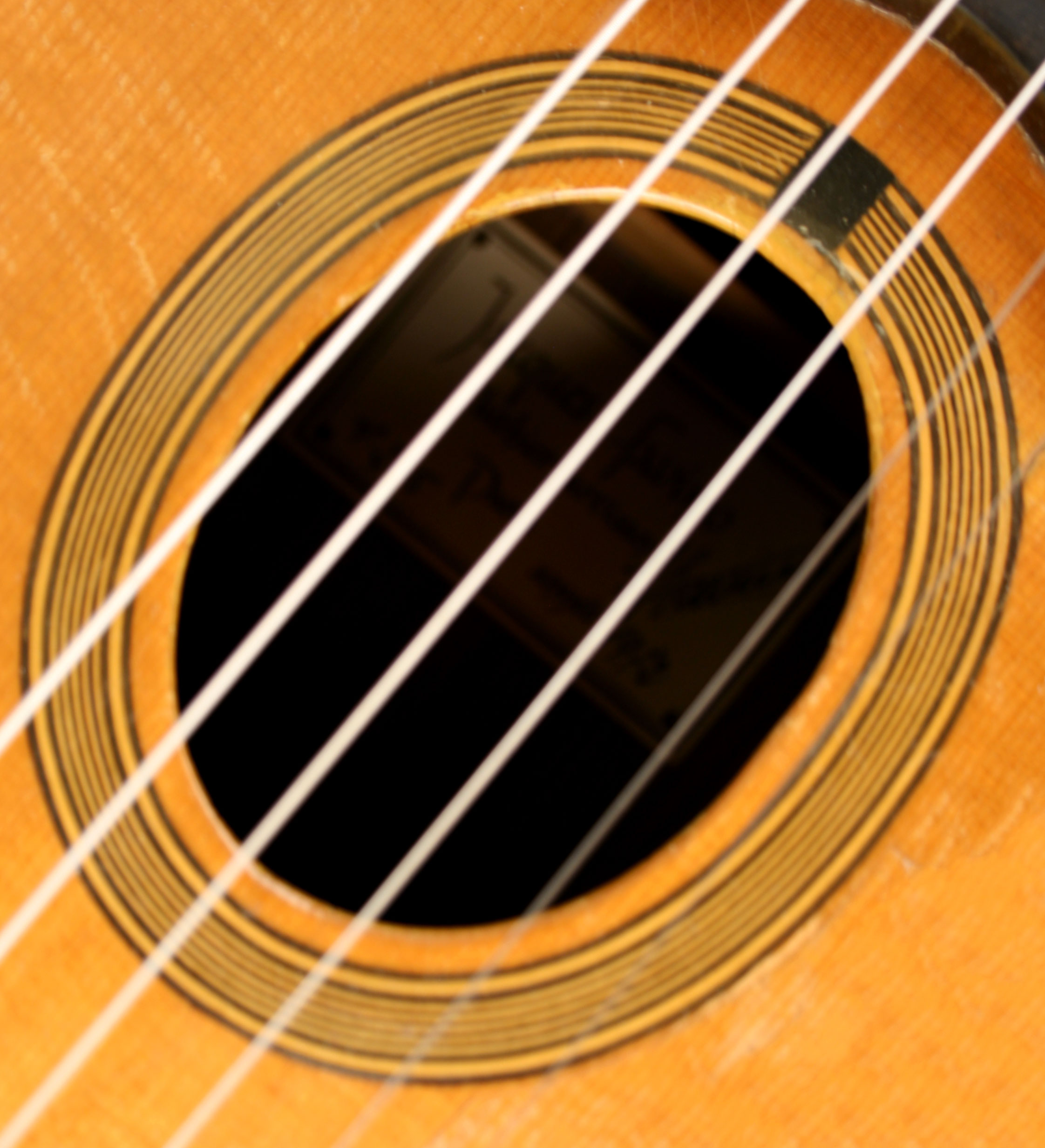 Here is something very special, a Jacques Favino from 1972!

The body specs are typical Favino: 16 1/2" body with a  4" body depth. The back and sides are Indian rosewood and the top is spruce. The guitar has a three piece maple neck that has a tinted finish which was common during this period.

The hardware includes the original tailpiece and SB tuners (one of the tuners was replaced by with a similar vintage SB tuner, albeit without the steel button.)

The condition of the guitar is excellent, especially considering most Favino's have suffered the proverbial "Gypsy life." It has no cracks or other major damage whatsoever. There is some pickwear on the top and number of small dings and scratches. The frets are new and it plays easily with low, 2.6mm action. The guitar appears to have had a strap button in the heel at one point which was later filled. It's so rare to find a Favino in such pristine condition, especially one from Favino's "Golden Period!"