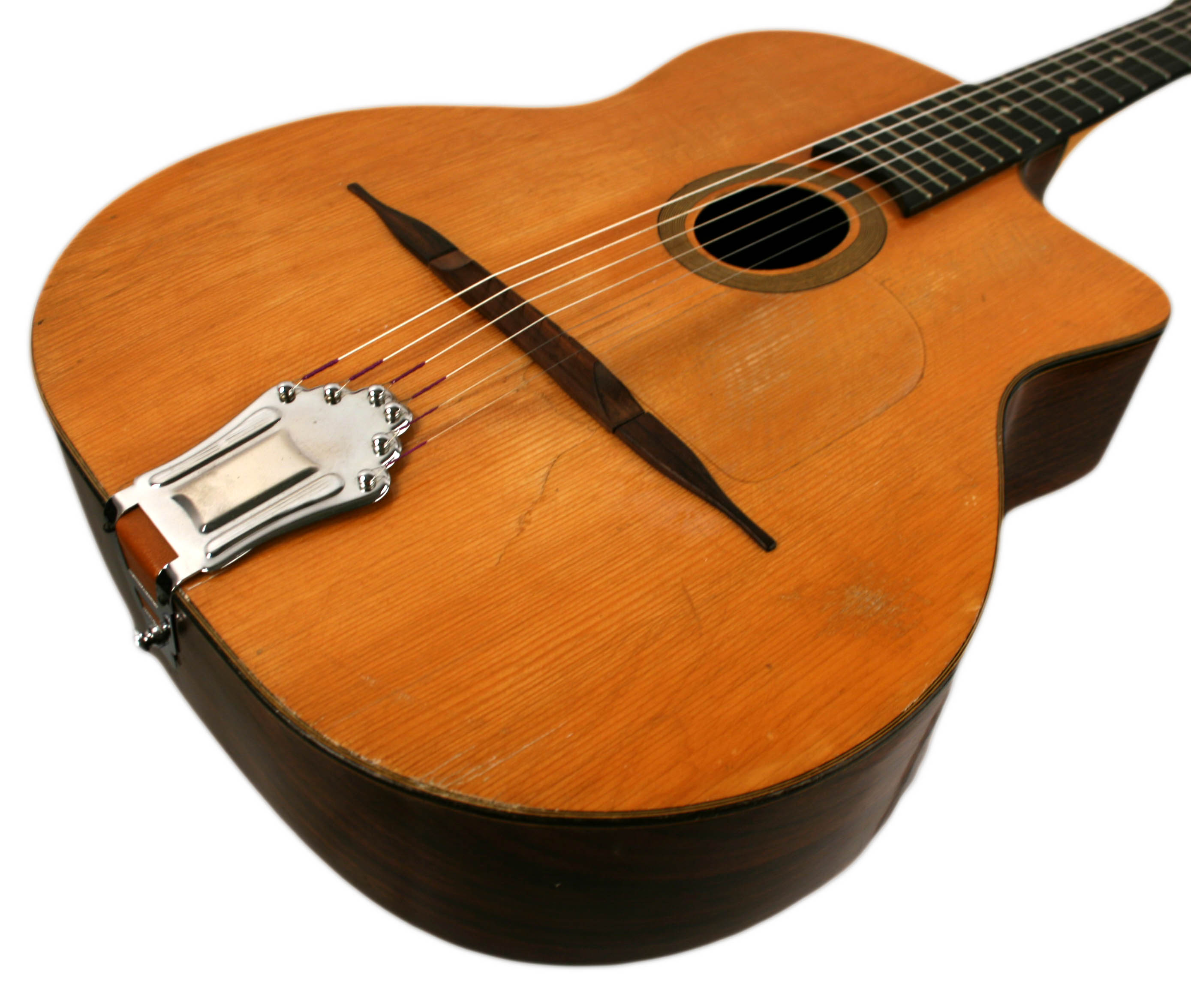 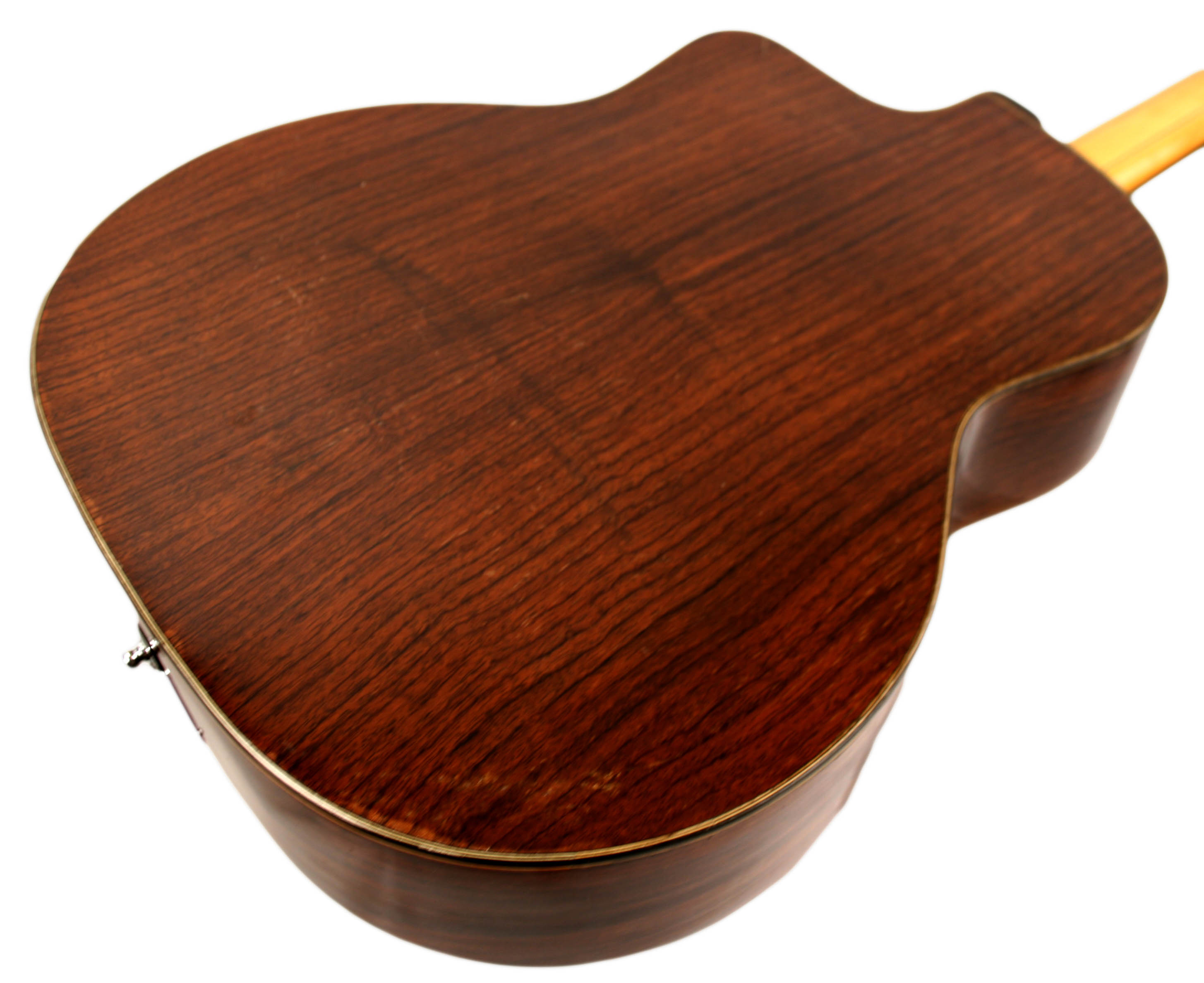 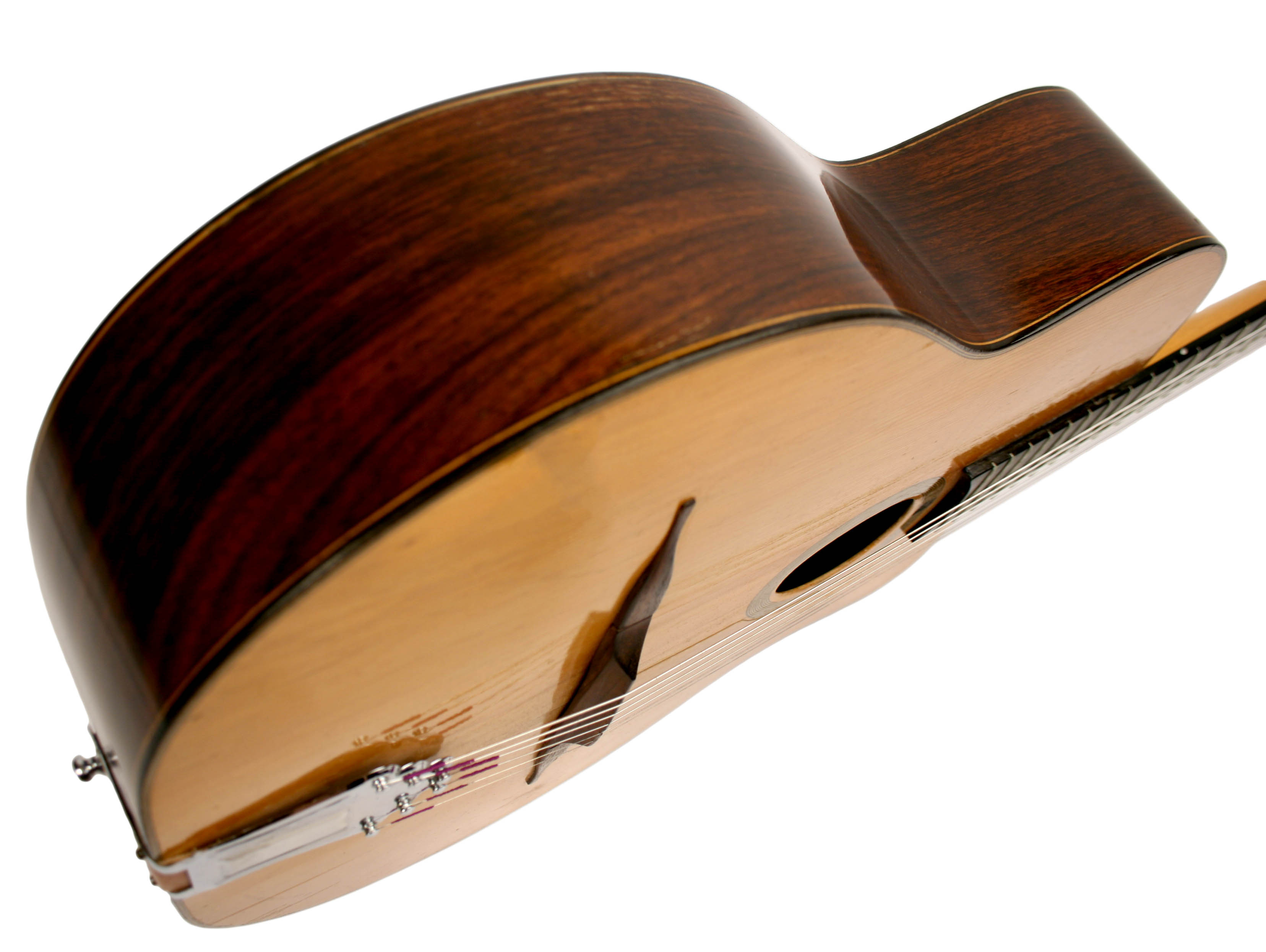 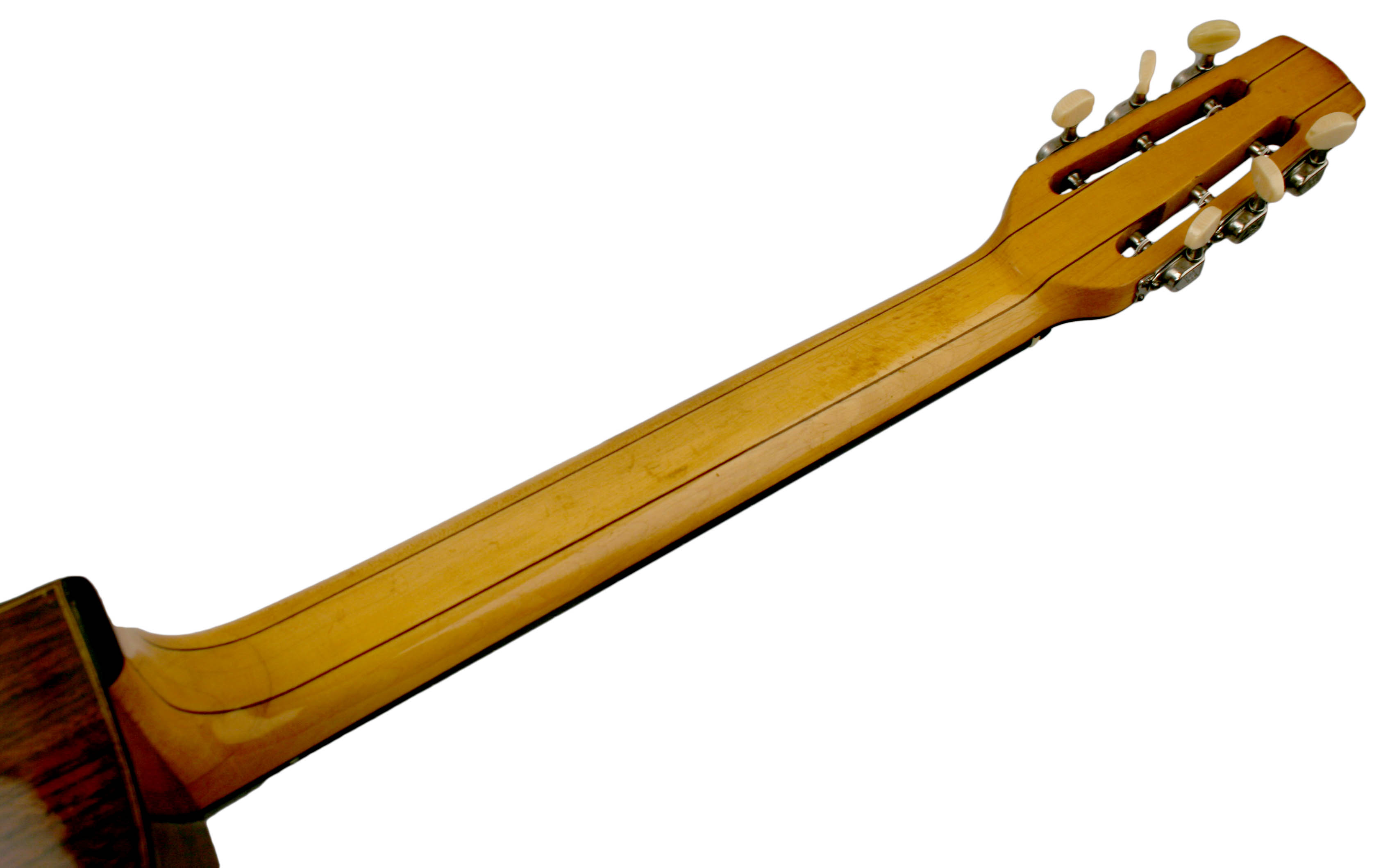 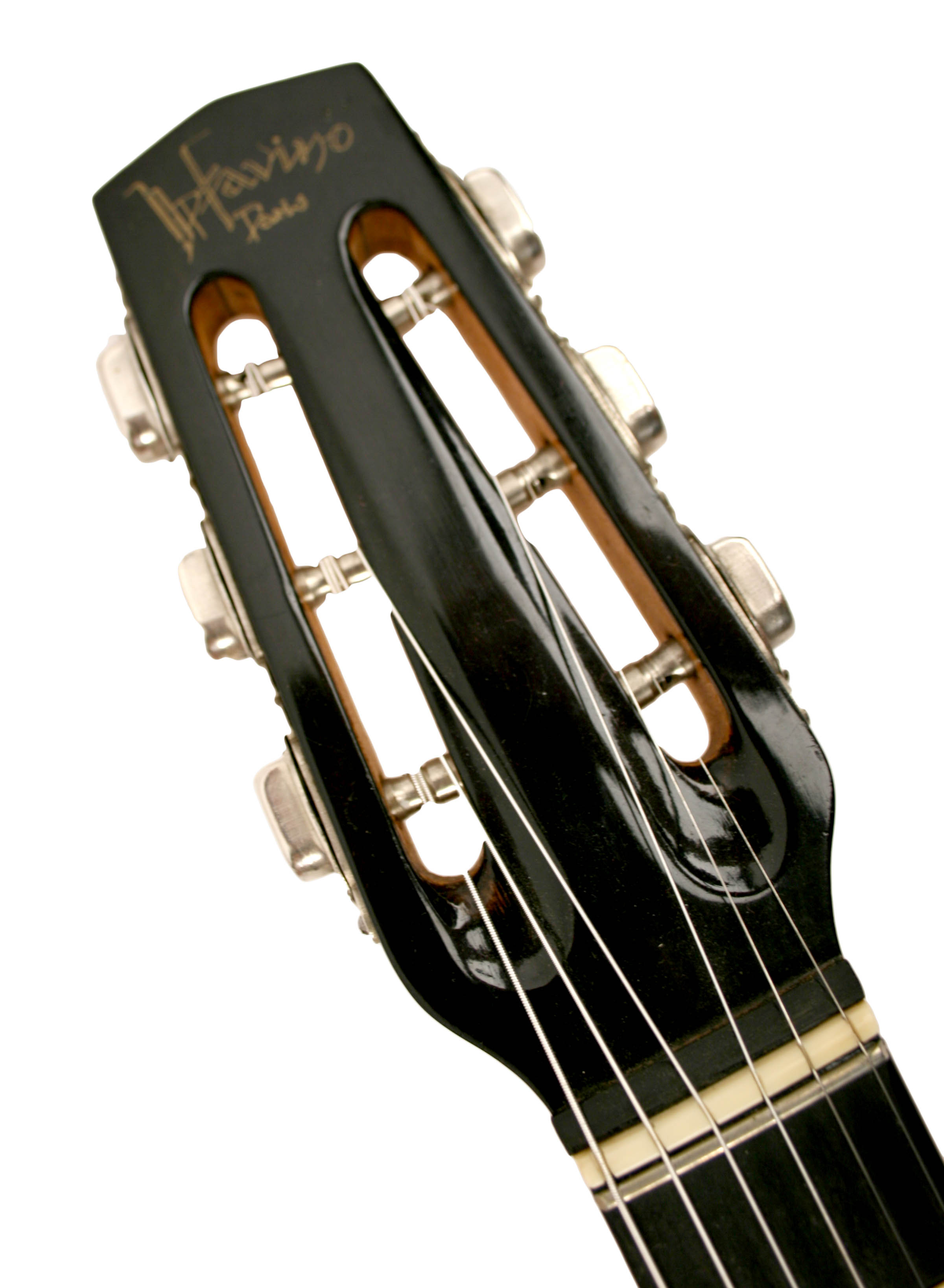 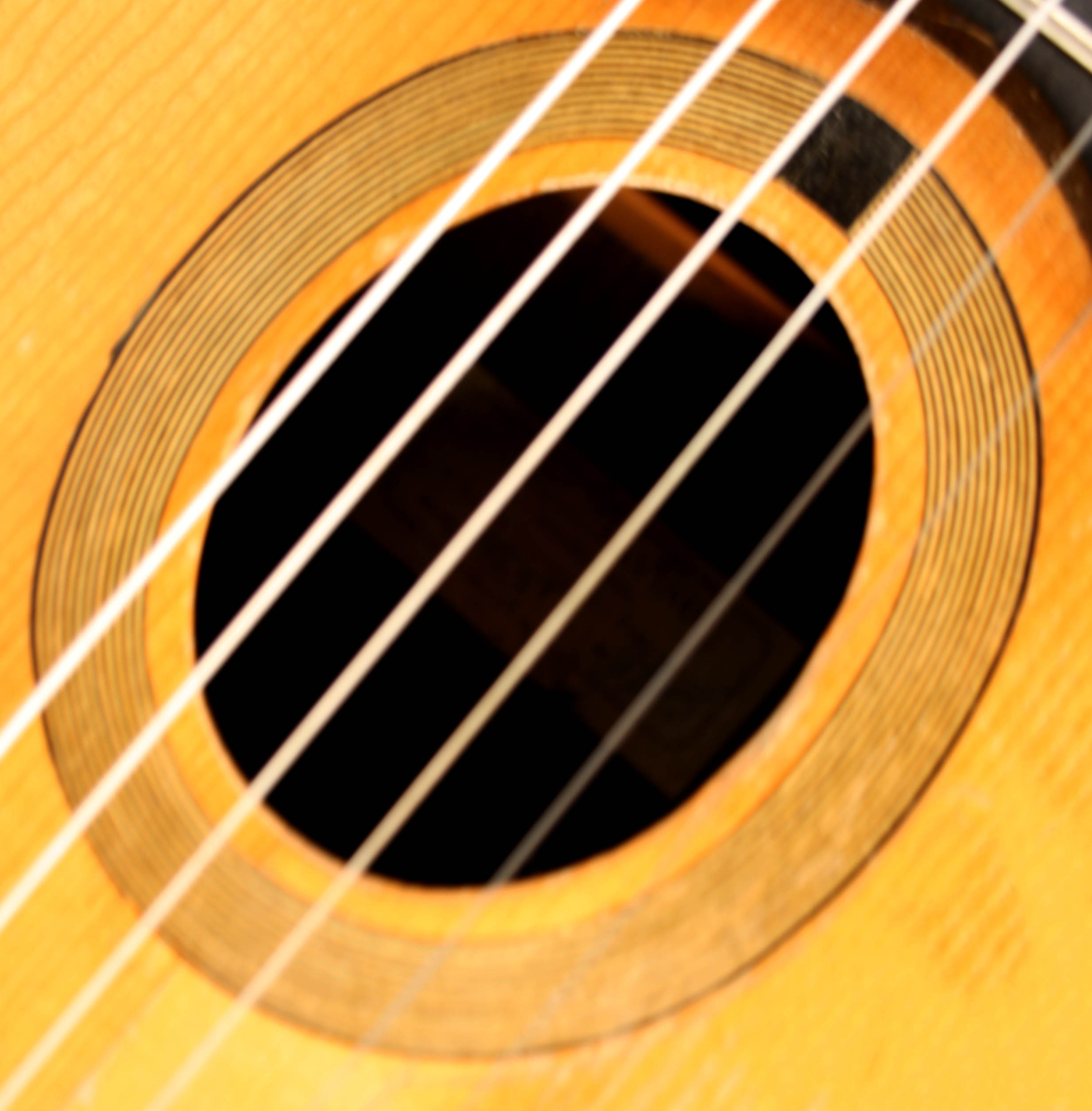 Here is something very special, a Jacques Favino from 1963!

This unique Favino was probably a custom order as the body specs are slightly smaller than a typical Favino modele #10 with a 16 1/4" body and a  3/8" body depth. Although, I have seen one other Favino from this year with similar specs, so they may have made these slightly smaller modele #10s from time to time. The back and sides are Indian rosewood , the top is spruce, and the neck is constructed of three pieces of maple.

The hardware includes the original tailpiece and SB tuners.

The condition of the guitar is excellent, especially considering most Favino's have suffered the proverbial "Gypsy life." It has no cracks or other major damage whatsoever. There is some pickwear on the top, a few small dings and scratches, and some light fretwear.. At some point it went back to JP Favino who, in typical fashion, added his logo to the headstock and oversprayed the top.

The tone of this instrument is simply glorious! The clarity, projection, and tonal balance this guitar produces are qualities found only in mature, well aged vintage instruments. Each note is comprised of an exceptionally strong fundamental, that doesn't suffer from the wild overtone ringing or brashness of newer instruments, which results in exceptionally clear, rounded lead lines and thick, complex chords. This guitar has lived a long and passionate life, with a voice that the tells the story of many long jams at the cafe or around the campfire. Every time you play it, it transports you to another era....